When we left the community last week, they were being moved once again–this time, to Colinas de Oro War Relocation Center. It’s better than the horse track, at least, but that ain’t saying much.

This time, about a month since we saw them last, the residents are housed in barracks, separated by gender. It’s no fun for anyone, really, but Luz is especially having a bad time. She’s now grown out of her clothes (and is wearing Chester’s shirts), for one thing. For another, she’s pretty isolated. This isn’t her community and people make sure she knows it. 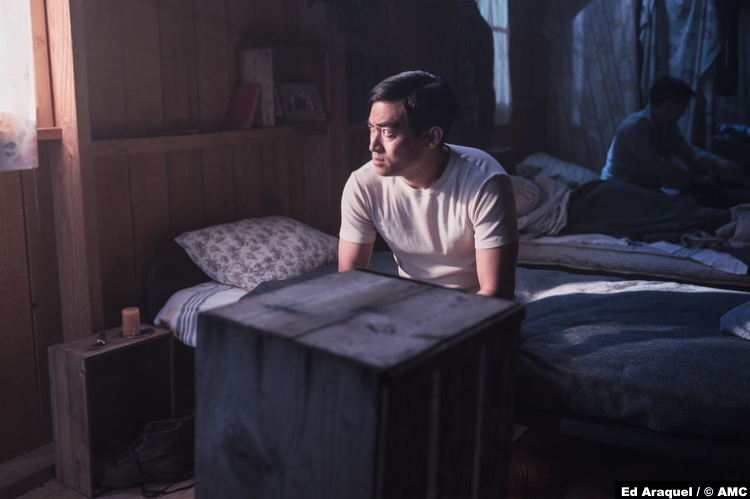 But she’s taking it in stride. And not everyone is mean-girling her. Asako (Naoko Mori), Chester’s mom, is pretty nice to her, especially considering the position she’s been put in. And Amy Yoshida (Miki Ishikawa) goes even further, pointing out that Luz didn’t have to even be there.

We see a little bit more of Amy this week, as her mom Fumi (Hira Ambrosino) volunteers her for secretarial duty. It’s unclear at this point where they’re going with this storyline, but it’s obvious that it’ll put Amy in position to know things.

Amy strikes up a flirtation with one of the new arrivals to the camp, whom her brother Walt (Lee Shorten) and Chester meet first when they’re working. That’s also when they see Nisei (American-born Japanese) soldiers in the camp and meet Major Bowen (C. Thomas Howell), by the way.

But those aren’t the most important arrivals. Late one night, Asako is told that Henry has returned. When we first see them–Henry and Hideo and Yamato-San (George Takei)–I thought of the first line from “Dulce et Decorum Est“: “Bent double, like old beggars under sacks.” That is to say, they look awful, like they’ve aged decades in months. 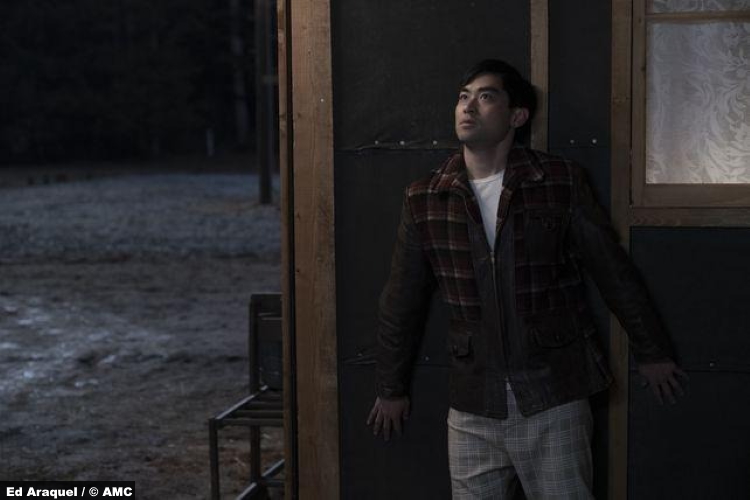 It’s impossible to know what they’ve been through, what they’ve endured. But they will endure. The title of the episode, “Gaman,” refers to a concept of perseverance, bearing suffering with dignity. As Takei himself said in an interview, “Throughout our time in the camp, the spirit of gaman is what buoyed us, even in the darkest of hours. By holding our heads up high, and carrying on, they could not take from our basic humanity.”

Chester, though, is young and a young American at that. So he has little interest in suffering injustice with patience. When he climbs the guard tower, for example, and gets a good look at the camp, he smashes the searchlight. And when he sees an opportunity to better the situation for his family, he takes it. Although he’d told Walt and the newcomers that he wasn’t thinking of enlisting, he does go to try out.

The colonel, Stallings (Reed Diamond), gives him a letter to translate. It seems as if Chester fails, but he picks up irregularities in the tanka (poem) contained within the letter. As in, there’s a hidden code that he’s able to break. 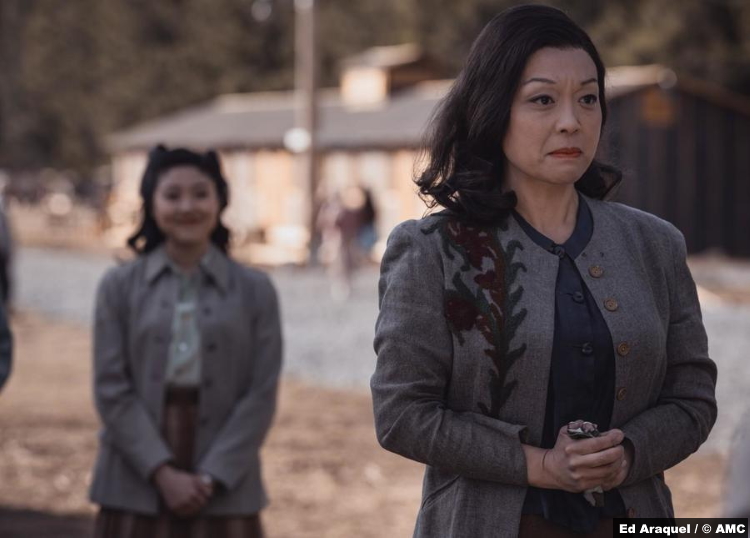 So by episode’s end, Chester’s headed off to Minnesota for training, but not before he has a few interesting talks. First, he talks to Hideo, who tried to strangle his son in the mess hall. Hideo swears it wasn’t him, though–that something took over his body. Chester also speaks to Yamato-san about the weird things that have been happening. Yamato-san asks if he’s talking about bakemono, a kind of shapeshifter. Chester doesn’t think he is, because he thinks that’s “old country” stuff. Sure, but it’s supernatural–I don’t think they follow border conventions.

Anyway, he’s obviously still shaken by the experience with Mr. Yoshida last week, but little does he know, the danger is closer than he thinks. After an unpleasant visit to the camp’s doctor, Luz is hesitant to return. When Asako tells her about a midwife she heard about in the mess hall, I groaned. ‘Sup, Yuko? And although they try to keep her face hidden as long as possible, it’s unmistakably her examining Luz and cooing to her belly.

7/10 – Like the previous episode, this one contained a shot that floored me–the one where Chester sees the full extent of the camp. And while I liked scenes like the ones with Chester speaking with his elders, particularly Yamato-san, overall I was just kind of whelmed with this episode. It wasn’t bad; it was just…fine.