The Terror: Infamy S02E07 Review: My Perfect World – Another twist!

As we come closer to the end of the season, paranoia is growing in the camp. You can’t really blame Major Bowen, I guess. Paranoia was built into much of the propaganda of the time, after all (see also: “loose lips sink ships”). You never knew who among you could be the enemy. Isn’t that why they said they built the camps?

And of course, it doesn’t help that there is an actual threat in the camp. But what should we make of Bowen’s whole thing with Yuko? He clearly has some familiarity with Japanese folk beliefs, hence his “bockamoany this, you-rye that” reference. And he seems to know what Yuko is, hence his asking Amy what the spirit wants. (Telling, of course, that he thinks she wants revenge for the camps.) I don’t really have the answers here; I just find it curious. Yuko doesn’t do anything to Bowen, even though he transfers her son–more on that in a bit–but it does almost seem like she infects him. 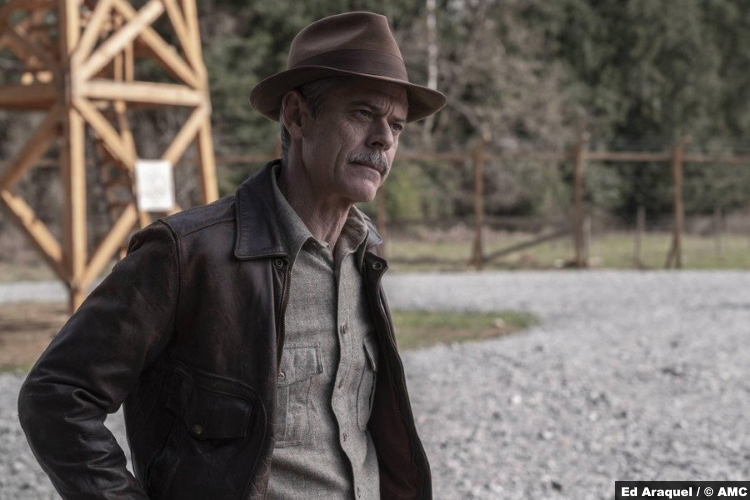 That’s the last thing anyone at the camp needs, since they already have a genuine infection. It’s unclear exactly what it is, but it is clear that it needs to be handled immediately. Internment camps didn’t have as poor sanitation as concentration camps, but they weren’t the cleanest places, either. So, precisely the right environment for a contagion to spread.

Unfortunately, as I mentioned, Bowen is not up to the task of handling it. He apparently thinks it’s a side effect of evil and not, you know, what happens when you put a bunch of people in close quarters and ever so often, let new people bring in new germs. After he puts the kibosh on transferring anyone to a hospital, Ken takes advantage of his…let’s say weakened state to kind of stage an armed sit-in in Bowen’s quarters. And Bowen’s there, too, by the way. 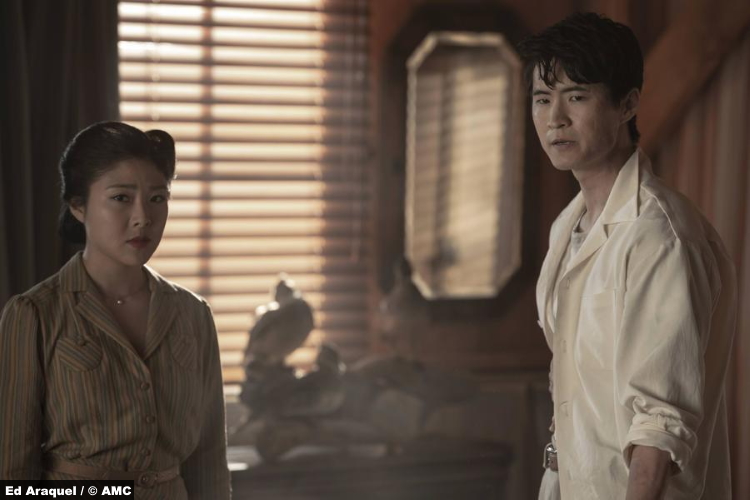 I’m not sure how Ken thinks is going to go, though. As addled as Bowen seems to be at the moment, he’s still a veteran of the meat grinder that was WWI. And in the end, it doesn’t matter much. Using Bowen’s authorization, Amy calls in the transfer. Amy, with her little determined face and her saddle shoes, is really the MVP of this episode, so it’s a damn shame what happens next. After she tells them what’s she done, Bowen has Ken executed as Amy stands outside. In a chilling conversation later, Bowen will tell her she’s “one of the good ones,” a classic from the racism handbook. But who’s taping this conversation? By the way Amy looks pensively in that direction, it appears to be her–she’d mentioned earlier that Bowen recorded everything in his office. So what’s her motive?

We won’t know that until later, I guess, but we do find out yet another twist. I guess I really buried that lede. After having his letters to Luz returned unread, Chester just starts strolling out of the camp. He is quickly caught and processed for transfer to Tule Lake, but escapes. And then he somehow makes it to Los Angeles. 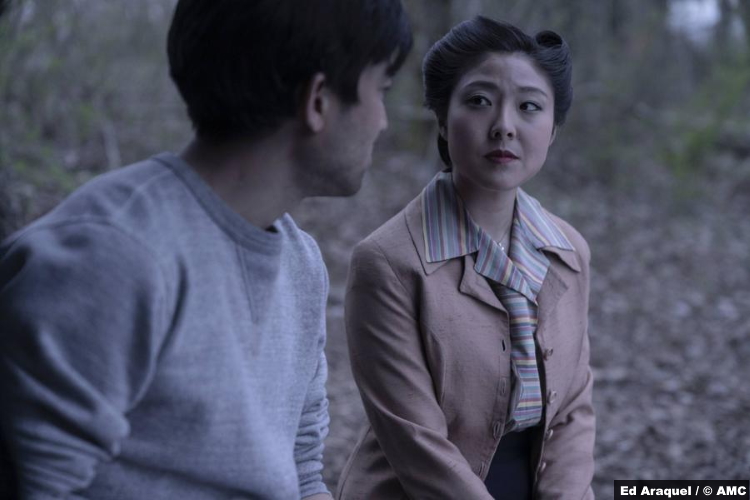 I’ll be honest with y’all–I’ve forgotten where exactly Colinas de Oro is supposed to be. But it’s based on Manzanar, which was a cool 200+ miles away from LA, soooo how did Chester get back undetected? I’ll guess we’ll just handwave it.

Anyway, he finds the orphanage he was given to and sneaks in to look at his file. And whadya know? He was a twin. Somewhere out there is Jirou, his brother. It almost feels like a twist too far. Like, weird how Yuko is so focused on him when she has another son out there. Maybe she couldn’t find him, though. (But why didn’t the orphanage tell Henry and Asako about him? Or did they?)

She does, after all, have to help finding Chester later. That comes when Chester tracks down Luz and offers to do anything she needs. It turns out, she wants to escape, too. She wants to go to New Mexico, where her maternal family lives. So he takes her and maybe they’ll stay there for a while and pretend that everything’s okay, until it is actually is.

But it’s not okay. Yuko finds Bart, Luz’s dad, and bewitches him into telling her where Chester is. I guess he knew it subconsciously? Anyway, he doesn’t know anything now, except for what the dead know.

9/10 – Despite the many logical inconsistencies, I really liked this episode. I still think Chester is being a right brat toward his parents, but he has the right to feel his feelings. I just hope that he’ll realize soon that they wanted the best for him and they’ve tried their best to give it to him. This empathy does not, however, apply to Yuko and whatever she’s trying to give to him. (Death. It’s death.)