“Where is Harvard?” And with that, we’re back, baby! Back to the Bonkers Hour starring the world’s most well-meaning dumb-dumb, Archie Andrews. After last week’s experiment in seeing if I could die from tear-induced dehydration, I wondered how the show would return to its silly form. I needn’t have worried, though. It’s still as crazy as it’s cracked up to be.

This week, we’ve fast-forwarded a few months from last week, so the grief isn’t as raw and the kids are getting ready to go back to school. Unfortunately for them, they’re late on the first day, which doesn’t impress new principal Mr. Honey (Kerr Smith) at all.

He’s just making enemies all over the place, though. When Cheryl, for example, introduces herself (and Toni), he immediately alienates her by canceling her planned back-to-school dance. Granted, he has a point that the last school dance was the setting for multiple murders, but you really don’t want the youngest Blossom on your bad side. 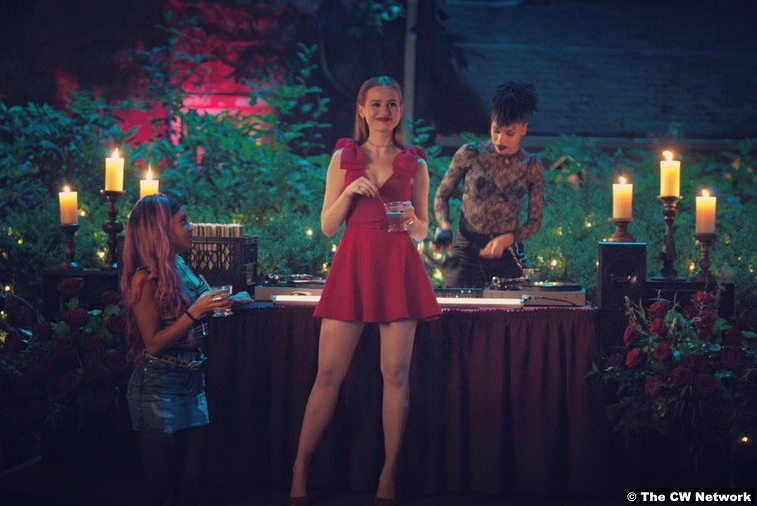 And it seems like he’s trying to provoke her. When she capitulates and throws a kegger at her house instead, FP has to shut it down because of a noise complaint. Mr. Honey, who is not her neighbor, made the complaint. Sir, she is keeping her brother’s corpse in a not-at-all concealed alcove in her home–you’re lucky all she did to you (so far) is plant a honey-drippin’ beehive on your desk.

Back to school is tough for everyone, though. Archie gets Mad Dog–now going by his real name, Monroe–to enroll at Riverdale. Everyone, particularly everyone on the football team, is pretty hyped about it…except for Reggie. He doesn’t like the competition, especially since it just increases the static he gets from his dad. The fact that Mr. Mantle is abusive has been glaring, but I guess it takes his being abusive in front of an audience for folks to notice. 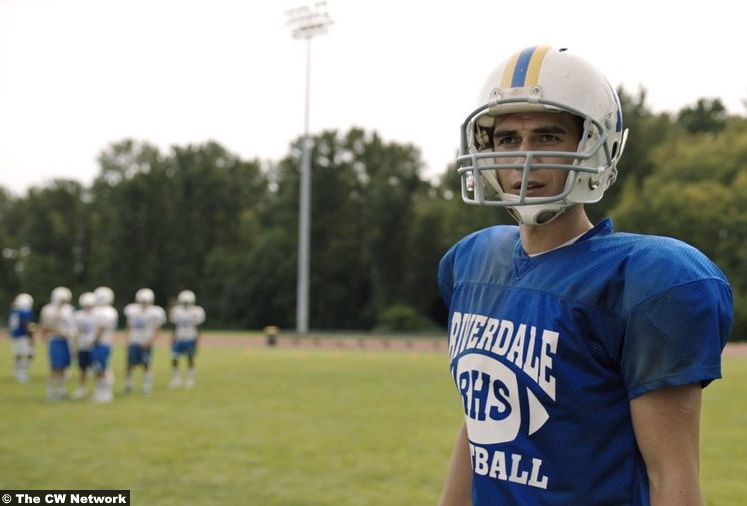 Archie tries to handle it himself–uh, why is the football coach just letting this happen, by the way?–but Reggie doesn’t appreciate it. In the sad tradition of abused kids, he turns his fury away from his abuser and toward the people who are trying to help. Later, they’ll reconcile over the memory of dear Fred, and Archie will provide moral support while Reggie takes a bat to his dad’s car. Somehow, this helps heal their relationship. I guess.

While Betty is getting waaaaay too involved with Charles’s FBI investigation into the Farm, at least Jughead might have a way out. It seems that he entered a writing contest…at some point. He didn’t win, but his work piqued the interest of Stonewall Prep’s Mr. Chipping (Sam Witwer), who invites Jughead to tour the school.

Even after attending a Moby Dick discussion group, which he enjoys, Jughead is still unsure about the vibe, though. They call him by his actual name, for one thing, and the school is exactly as staid as you’d imagine it. But after a stultifying session in English class, where the teacher doesn’t even seem to notice Betty and Jug leaving, Betty insists he transfers. 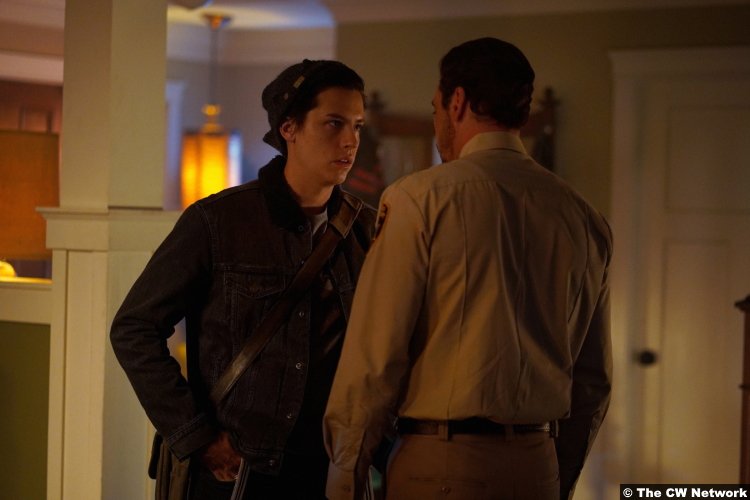 The other Forsythe in town, FP, is also into it. His father, Jughead’s grandfather, was a Stonewall alum. He walked out on his family, though, so I’m not sure that’s a great example. And then we have a How to Get Away with Murder-style flash-forward to spring break. By then, Jughead will be missing. And we should all remember from last season’s finale that something untoward is going to happen. We just don’t know what.

Random maple leaves: Veronica holds a press conference/performance of “All That Jazz” at La Bonne Nuit to announce that she was complicit in her parents’ crimes, but only under duress. Like, duh, she’s a minor. She’s going her own way, distancing herself even in name. (She’ll be taking Hermione’s maiden name, Gomez.) Meanwhile, the Farmies have taken refuge at a motel in the “Maple Barrens”–I am howling–and Edgar has amassed a nice cache of weapons. That’s always good news when you’re dealing with a cult.

7/10 – After last week, anything would be a letdown. I know they’re probably trying to catch up since they didn’t really lay groundwork for the season last time, but this was A Lot. And yet, it doesn’t really feel like anything happened. Well, come back next week when Polly becomes a *checks notes* suicide bomber? Yeah, we’re back.