REVIEW: Ready or Not is “dark comedy” done right

Now that was a really fun movie.

Let me just get this out of the way right up front: If you’re a fan of dark comedy and if you don’t mind some gore, you will love this movie. There will be spoilers in this review because, in order to praise the movie as I intend to do, I must talk about some of the movie’s surprises and reveals. Do not read the spoiler section until you’ve seen the movie because half the fun of these sorts of films is allowing yourself to be taken for a ride without knowing the destination.

I’ll let you know when the spoilers start. 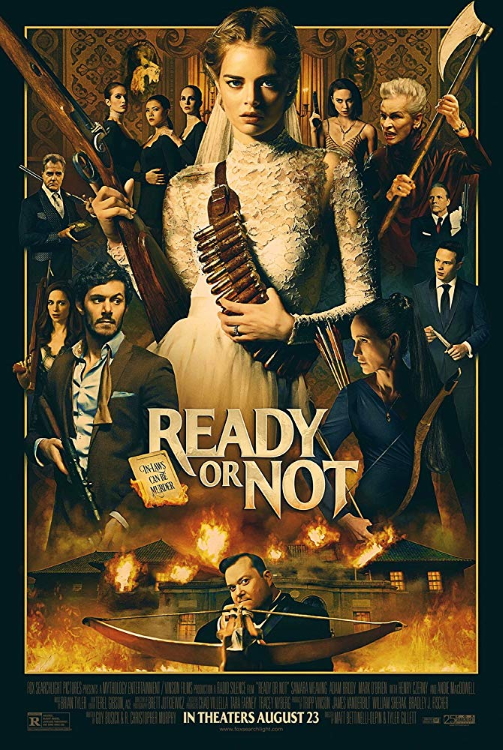 I didn’t expect much from Ready or Not when I sat down to watch. The initial trailer was highly effective at conveying what I thought this movie was going to be: It looked like a horror movie with a silly premise, some dark comedy peppered throughout to keep things from getting too scary, and a predictable ending.

I thought I had the whole plot figured out when I entered the theater:

5. Showdown with either mom or dad

It would have been so easy to be so formulaic and that’s exactly what a lesser film would have been. Much as I love the fact that horror movies of this generation are these silly, high concept ideas, too many of them settle for the easy jokes, the predictable story beats, and the expected plot-resolutions.

In the ’80s horror movies were slashers, primarily with teenage characters being hunted by some—typically supernatural—killer. Think Nightmare on Elm Street, Halloween, and Friday the 13th. In the 90’s we went meta, with Wes Craven’s New Nightmare, Scream, and I Know What You Did Last Summer ruling the cinema. In the ’00s, found footage was the rage, with Paranormal Activity, Rec, VHS, and such like making waves. Those weren’t bad decades for horror as some gems still hold up: Nightmare on Elm Street 3, From Dusk Till Dawn, and—my personal favorite horror movie of all time—The Descent. The bad ones do stand out, however.

In the 2010’s we’ve enjoyed a different brand of horror movie: These are films that don’t try to have a sequel or franchise appeal. They just get in, have their fun, and get out. They usually have some easily-explainable gimmick, or high-concept idea attached to them, like “Groundhog Day with a killer man-baby” or “Ouiji board tries to kill you” or “Blind guy hunts you” or “Deaf person is hunted” or “you can’t talk or you’ll be killed” or “you can’t look or you’ll be killed.” We’ve reached the limits of what we can and can’t do with our empirical senses in horror, I’m sorry to say.

The bad ones of this decade are bad, though it’s not because their premises are bad but because they have all the things that all bad movies have: Boring direction, bad writing, wooden acting. Those are the three cardinal sins of a film and if you have those, I don’t care what you’re movie is about, it’s going to suck.

Ready or Not has none of those things. 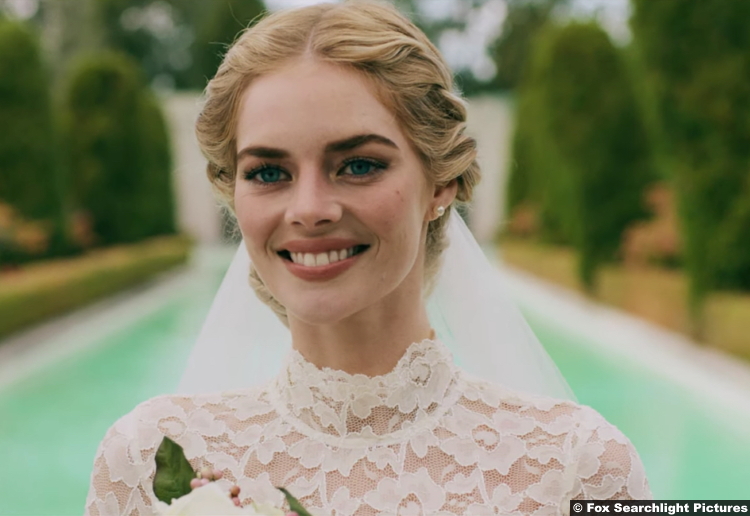 The premise, as you would expect from a horror movie of this decade, is simple to explain: “You have to play hide and seek but if they find you they kill you.” That’s it. It’s a silly premise that would have had to try very hard to flat-out suck. At worst this movie was only ever going to be just mediocre film, with no crazy twists, bad acting, and an unsatisfying ending.

I am SO glad to see it rise so much higher than that. 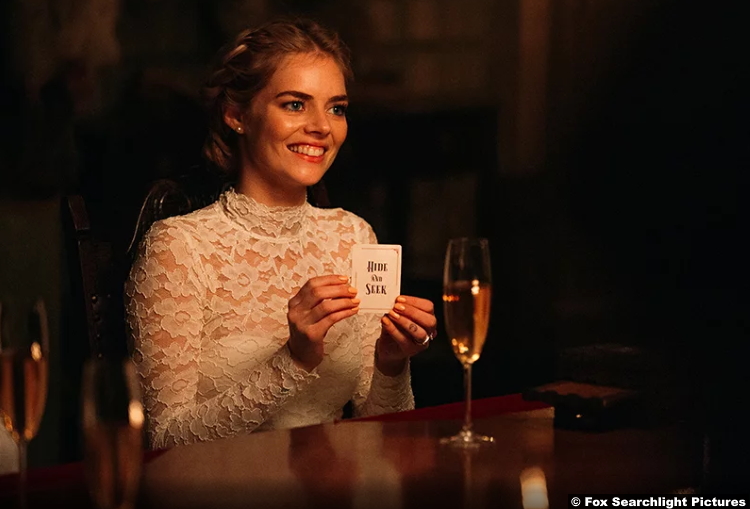 Watching it, I managed to be both on the edge of my seat with tension while also smiling at all the insanity. It’s hard to make someone have so much fun while also having so much tension. Most movies of this kind would pace their stories so that the different emotions come in waves: You’d have a big intense scene, then a comedic come-down scene, then it would get intense again, etc.

Not this movie. This movie had, at several points throughout its tensest moments, some genuinely laugh out loud gags. Sometimes it was a one-liner, sometimes just a bit of physical comedy in the background, sometimes it was a combination. The movie was so consistently funny, it might not even be appropriate to call it a “horror” film at all. It’s just a dark comedy that gets gross and has fun with its plot.

And speaking of its plot, spoilers begin here, with the final review posted at the bottom of the article… 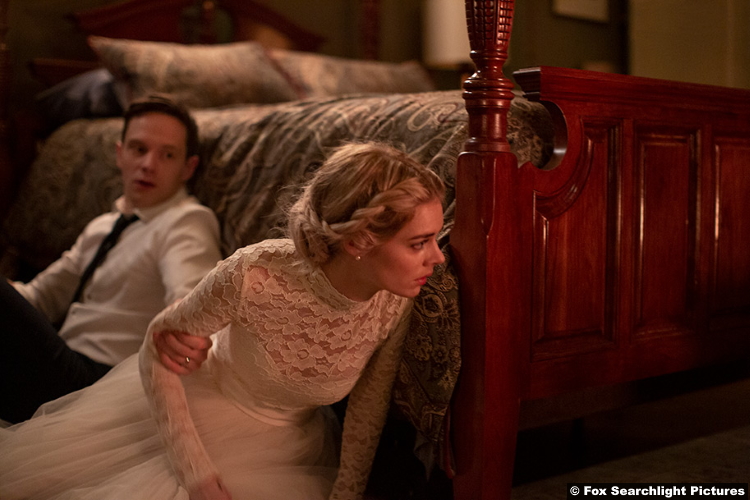 I feel like the movie would have worked either way, had the pact with the devil (or whatever) been real or not. If it hadn’t been real, then you just end the movie with Grace killing the family as the house burns down around them. That would have been satisfying enough, but only barely. That being said, I’m glad they ended things the way they did, because throughout the movie I wondered in the back of my mind if they were really going to go with a Cabin in the Woods-style finish. They did, but only after a brief head-fake, which made for a very satisfying finish.

There were a lot of standouts in the cast, starting of course with Samara Weaving, whom I loved in The Babysitter. She had to carry the movie almost single-handedly as the only other person close to a protagonist spent most of the movie out of commission. Nicky Guadagni was also great, playing the cold, bitter, committed aunt. But of all the villains I hated the most, the cake goes to John Ralston, who looked like he was having the most fun out of anyone playing “the Butler that wouldn’t die.” 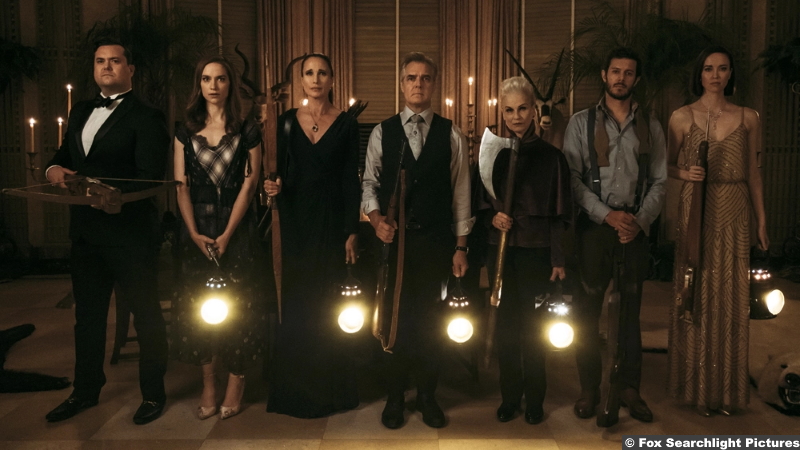 As for the twist with Alex deciding to join the family, I thought it worked on two levels. First, it worked as a surface-level twist, but if that been all it was, it would have felt like a plot swerve just for the sake of it. Instead, the writers took their time, establishing the strained relationship between him and his mother (Andie MacDowell was great in this) and building on the act one info-dump about how Alex had been pulling away from the family. When they have their final mother-and-son conversation, it seems like the writers are setting up Alex to kill his mom. Instead, he sides with her, giving all that lead up to that moment a satisfying payoff. Silly, high concept horror movies don’t usually have that much effort in their screenplays.

The fact that everyone spontaneously combusted was just icing on the cake after that. 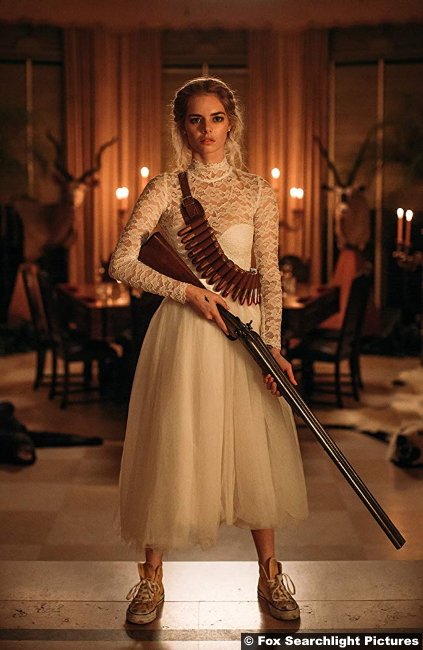 As said, I had no expectations going in and ended up loving it. Was it high art? No. Was it trying to be? No. Everything is relative when you’re reviewing movies: A 10/10 film like A Star is Born is not the same as a 10/10 black comedy with death and gore and silly stuff, but it’s a 10/10 movie all the same.

10/10 – Sharp writing, fun direction, strong acting, surprises, fun, thrills; for fans of the genre, the movie had it all.