Every year around this time TV-watchers snuggle up to blankets, hot chocolate, individually wrapped candies and scary movie after scary movie. Everyone has their favorites, their go-to’s, their must-watch “Halloween” shows/movies/specials. But if you are one of the unlucky few who never got into this wonderful holiday, let me share my top picks for the ultimate Halloween viewing experience.

Obviously, you can’t watch all of these in one day, but since Halloween falls on a Wednesday this year you can easily knock these out over an extended weekend, or have them on as background material during a holiday party.

This year I want to go with a bit of a theme. The following movies to watch all feature a character that is “handicapped” (to use that term generically) in one way or another. This allows for some storytelling concepts to play out in ways you wouldn’t normally see in a conventional horror film…

Insidious 3 stream of consciousness (with spoilers): Thoughts, questions and comments on Kenny Rogers

INSIDIOUS 3 is the weakest entry on the list but it’s included because it does one thing that I loved. Apart from this one thing, the movie is only just okay. It has a few window scares and jump scares and some nice camera work. Occasionally it rises above mediocrity but not for long. All in all, it’s not going to blow you away but it deserves good marks for one thing: It incapacitates the main character (the demon’s target).

The star of the picture, a teenage girl named Quinn is struck by a car early in the movie and spends the rest of the time in double leg casts, rendering her essentially bed-ridden. She’s a sitting duck in other words, and the movie has a lot of fun designing ways to get her into and out of trouble despite that disability. I appreciate the willingness to show something I hadn’t seen before, even if much of the rest of the film was nothing special. I’ll recommend it for that reason as well.

I’m cheating a bit here with DON’T BREATHE, since this is the only film on the list where the handicap belongs to the villain, although this movie is so great about making you root for and against everyone over the course of the movie, I suppose it’s not that big of a concession.

What I love most is how the film doesn’t just ride its most noteworthy concept (the villain is a blind guy and the kids are trapped in his house trying to sneak out without being found and killed), it uses it to maximum effect and then, right as you might start to get bored, it pulls back the curtain and reveals and even bigger and more insane plot to be explored. Despite the crazy plot twists, the movie doesn’t relax its tension or its thrills. It was the best horror movie I saw that year (2016) and it remains one of the best ever. 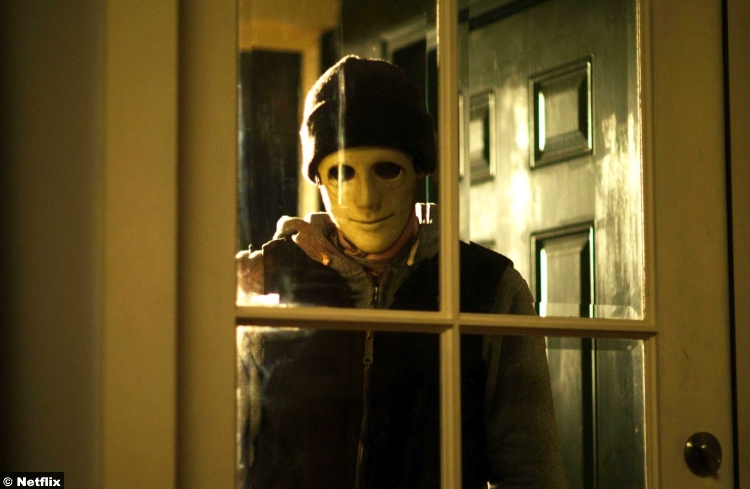 I never got to see HUSH before it was old hat, so there’s no review on Cult for it, but nevertheless, I wanted to include it here because it works as a great companion-film to DON’T BREATHE. Unlike in that movie, where the villain can’t see, this movie has a victim that can’t hear.

The film keeps its scale small, focusing its story entirely on the perp, his would-be victim and the isolated house in the woods where the cat-and-mouse action takes place. Great use of sound and some really clever story-designing (most of the movie was merely outlined and storyboarded, not traditionally scripted) really highlight the selling-point of the feature. In lesser hands, the gimmick of the lead character being deaf would become unintentionally funny, but the tone never wavers and you’re too busy on the edge of your seat to be snarky. HUSH is a great little horror film that you can find on Netflix; it’s highly recommended.

Everything about A QUIET PLACE just worked. First, the premise is great: If there’s one constant in every horror movie, whether supernatural or grounded in reality, whether heavy on horror or more of a thriller, the one constant is the screaming. Someone shouts in pain, shouts in terror, shouts with rage. Imagine a horror movie where no one screams. That’s this movie. It shouldn’t work but because of some very clearly-established rules and an excellent job directing by John Krasinski, a movie that should never have gotten past the “wouldn’t it be funny if…” stage managed to be the best “modern” horror film of the year.

As with the other movies, it squeezes every ounce of mileage out of its gimmick, but since it is working with the hardest gimmick to pull off (I mean, come on, a horror movie where you can’t scream? That ought to be impossible), it gets the biggest credit for not only working but excelling. Every good horror movie has those moments where the tension is at its peak and you’re too engrossed in the movie even to look away from the horror; there are moments in this movie that left me shaking and dripping in sweat. That’s when you know you’ve done good.

That’s my list for this year, a series of movies where someone can’t do something but overcomes it and manages to cleverly succeed in spite of it (except for DON’T BREATHE, but close enough). Happy watching everyone!

Before we close, let me repeat what I said in previous articles and what I hope will be my annual rant on the subject of “scary movies.” Though none of the films in this year’s list are for kids, I still think it’s important to show kids (age-appropriate) scary movies. Don’t shelter them. Let a 10-year-old watch a PG-13 horror flick from the 80’s. Let a 13-year-old watch an R-rated slasher. They might have nightmares, but…that’s the point:

Kids today are too sheltered from frights and scares and things that could give them nightmares, but I’ve longed believed that scary movies and shows (age-appropriate of course) are good for kids; it builds character and helps to develop personality traits that will help them in later years. Whatever you watch this coming Halloween, I hope you watch it with eyes wide open, with goosebumps tingling and with pants a little wetter than they were before.

Have a great Halloween everyone; be safe!