REVIEW: A Star Is Born is a masterpiece by a pair of first-time stars

First, the cinema I attended kept the lights on for half the trailers. Thankfully everything was nice and dark and quiet by the time the movie started but that’s not the point: The point is the cinema also didn’t raise the lights when the credits started (as would have been custom). I’m thankful for that.

I have an ugly cry-face.

Second, I have been a closet Lady Gaga fan for a good five years now. Only last year did I even tell my wife! The pipes on that woman are unreal, her songwriting, musical variety, charisma; all of it is great. She has her detractors, with people calling her phony or overdone, but whatever: In a modern musical world where 90% of the singing superstars can’t sing in a studio without autotune and can’t sing on stage without lip-syncing, Lady Gaga is a dying breed of genuine “talent” with more skill in her pinky than most singers ever dreamed of having. 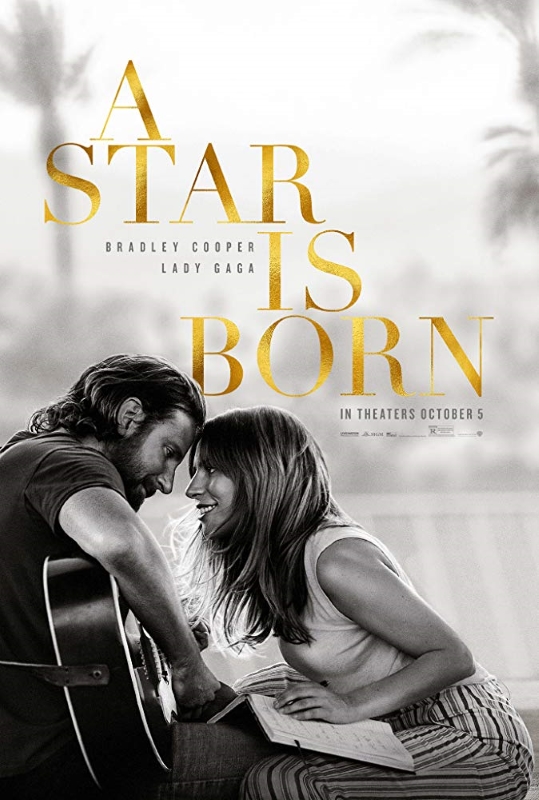 A Star is Born began as a 1937 film. It was an original screenplay (in an era where such were looked down on by the industry) about an acting superstar who falls in love with a rising talent whose star quickly outshines his own. He slips into alcoholism, is forced into rehab, then comes out to find his love is prepared to throw her career away to help him along. Racked with guilt he kills himself, leaving her to carry on without him. A movie about show-business (especially the movie business) is often derided today, but eighty years ago it was fresh. The film was impactful, earning an Oscar forbest original story.

Most, however, when they think of the movie, probably think of the hugely successful 1954 version. It was Judy Garland’s big Hollywood comeback after years away and her performance drew rave reviews (her failure to win the Oscar for Best Actress for the role was called by Groucho Marx the “biggest robbery since Brinks.”). The skeleton of the story was largely the same in the remake, though the bones were different: The film added a musical component but still focused on a singer being guided toward a career in movies.

Twenty years later the movie was remade again, this time with Kris Kristofferson and Barbara Streisand and with a plot that finally did the smart thing: It made the story about music. Instead of a singer becoming a big Hollywood star, the story was about a go-nowhere musician, with a talent far better than the dives she was playing, being discovered by a singer whose career was just peaking, and becoming a star far bigger than he. The biggest sin in the movie was that it pulled the old story’s biggest punch: Instead of a suicide from a guilt-ridden lover, it becomes a drunken car accident. That missing element to the tragedy made the movie far more hollow than the two before it.

Three versions of the movie have been released before now, a rare feat for what was once an “original” screenplay. Hollywood has no shortage of movies about Robin Hood or Sherlock Holmes, but those are literary classics in the public domain. A Star is Born is a product purely of Tinsel Town, which is fitting since it’s not about fantastical and mythical heroes, but about showbiz, singers and superstars. Having it be remade every generation or so gives it a special air that other #OscarBait films or any of the big musical films lately don’t have.

2018’s version of this now-timeless tale is directed by Bradley Cooper (who also stars), with Lady Gaga playing the Garland/Streisand role. Cooper’s version embraces the focus on music like the 1976 take, which is good because it’s in the music where the film’s real soul is found. Movies can be gripping, captivating and tear-inducing; movie-making is none of those things. Music can likewise move a heart and draw out tears, and so can music-making, and it’s in those scenes—with artists struggling together and developing music to express their sorrows—where the film soars.  Watching people try to make it as movie stars just doesn’t resonate the same as watching Lady Gaga (and Bradley Cooper) belting numbers out on a stage, with all the pathos and sincerity of their present troubles pouring out. 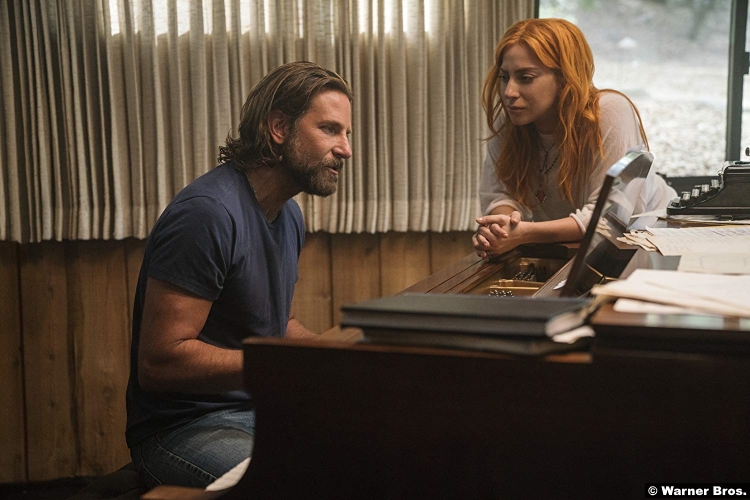 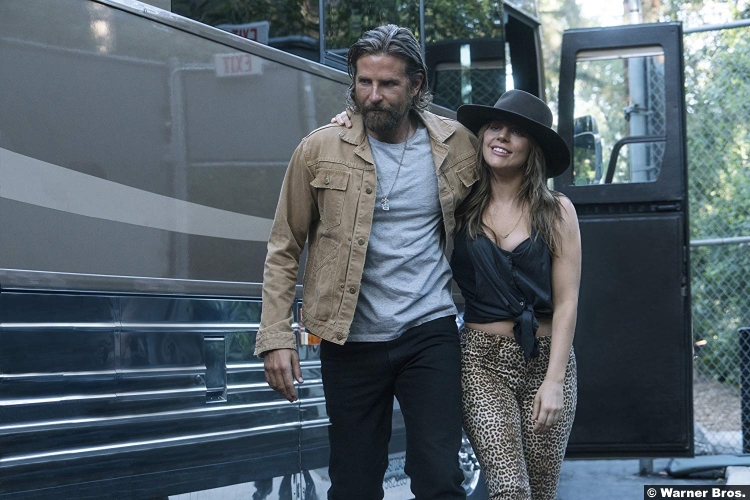 The movie succeeds in a way the previous versions did not. It betters the original thanks to its soundtrack. It betters the ’54 version thanks to the rawness of the lead performances. It far outshines the ’76 movie because it stays grounded, is more sincere, has better singing and music, and has an ending that will bring chills and tears in equal measure.

The first two acts deserve particular praise, as the now-archetypal story moves along to the beats you expect, only everything is just a little better than what came before (and the ’54 was already stellar). Cooper’s direction especially is a revelation. More than twice I thought to myself how great a job he was doing with actors of varying talent-levels. There was not a weak-link in the cast, and best of all, the dialogue felt real. There’s no higher compliment I can give a director, whose job it is to bring the words on the page to life in a way that doesn’t feel “scripted.” At times the line readings almost felt improvised (they may have been) they were so effortlessly delivered.

Gaga (who plays the blossoming singer-songwriter Ally) brings her unique talents front and center, and though this is her leading role she helps carry the movie like a true superstar. Her songs in the film were, naturally, co-written by her, with a style reminiscent of her recent Joanne album. It’s sort of ironic that, as Ally becomes a bigger and bigger celebrity, she becomes more and more like the classic “Fame Monster” Lady Gaga of ten years ago, while—in the movie—becoming less and less of the person Ally really is. The songs (and Bradley Cooper) hold their own with “Shallow” in particular being as good as any of her best songs…

Really, everything leading up to the finale was superb. The only complaint I can give is that it feels rushed in the third act. As expected with this story, Cooper’s character, Jackson Maine, goes to rehab for his alcohol addiction and eventually returns home to a woman whose stardom has (1) already topped his, and (2) hasn’t even begun to peak. From there, things move a little too quickly toward his inevitable end. The film needed another fifteen minutes to really stick that particular landing…

But that finale will make you forget all about whatever critiques you might have had. 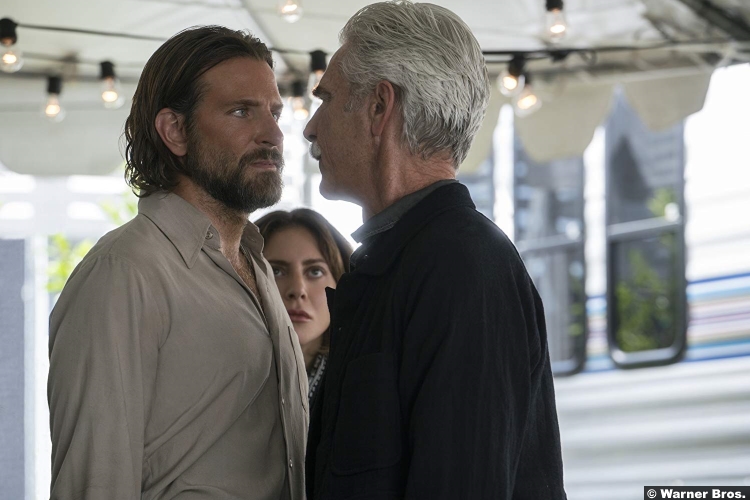 I could go on, and even though the “ending” should be well-known by now (it’s an ending that’s eight decades old), the way this version weaves that old story into new territory climaxes perfectly in that final scene, with Ally performing a song Jackson wrote her, looking straight into the camera for the final frame, a true “star” finally born. It’s such a perfectly acted and directed scene (including a cut-away to something far more intimate that became the moment the tears started flowing) it makes the whole movie worth revisiting as soon as it’s ended. 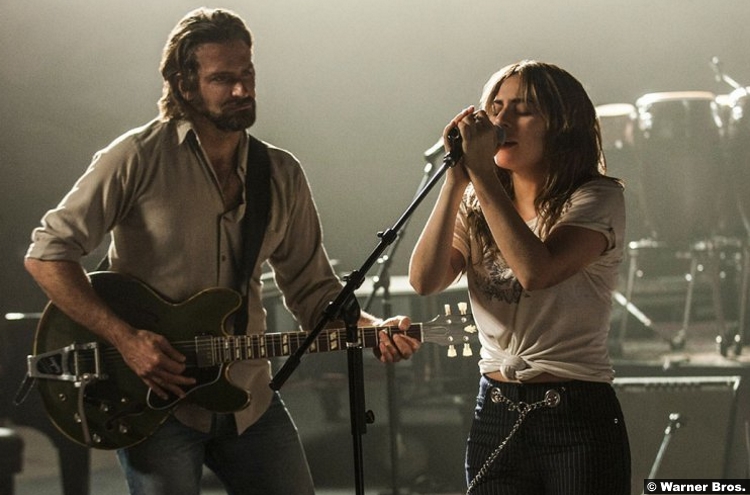 10/10 – Pacing gripe aside, A Star is Born more than lives up to its legacy, shines as a Gaga product, and demonstrates the genuine talent Bradley Cooper has behind the camera.