I’ve seen my fair share of horror movies. After a while, they start to run together and the “formulas” start to overwhelm the stories being told. It’s a modern fad in Hollywood to invest in small-budget horror films because there’s a “low risk/high reward” element to them: If they flop, you’re only out a few million; if they succeed you’re making pure profit after opening weekend. And then there are those movies—like Get Out or Split—that take off like a rocket and take indie-budget movies to summer blockbuster box office success.

As a result, Hollywood (as it is wont to do) has been churning out every cheap, copycat horror film it can, usually built around a concept you can digest in one sentence if not just a few words: Ouija board gone bad, Truth or Dare game gone bad, magic mirror gone bad, Groundhog Day gone bad, and such like.

The good one’s don’t settle. The good one’s try. The good ones may still have a gimmick, but they wrap that gimmick in a blanket of well-done set-pieces (as in Lights Out), great twists and turns (Don’t Breathe) or clever premises (Hush). I didn’t get to review that last one, but it’s recommended if you have Netflix. Hush is about a deaf woman whose isolated cabin is terrorized by a home-intruder. The fact that she can’t hear makes for some tremendous moments of tension. She can see him coming, she can scream in pain, but when he’s out of sight he might as well be invisible. Don’t Breath also plays with the senses, offering a villain that is blind, but who knows his (highly boobytrapped) house like the back of his hand. And when the sightless man gets his hands on the kids trying to rob him, they too scream in pain.

In fact, if there’s one constant in every horror movie, whether supernatural or grounded in reality, whether heavy on horror or more of a thriller, the one constant is the screaming. Someone shouts in pain, shouts in terror, shouts of rage.

Imagine a horror movie where no one screams. 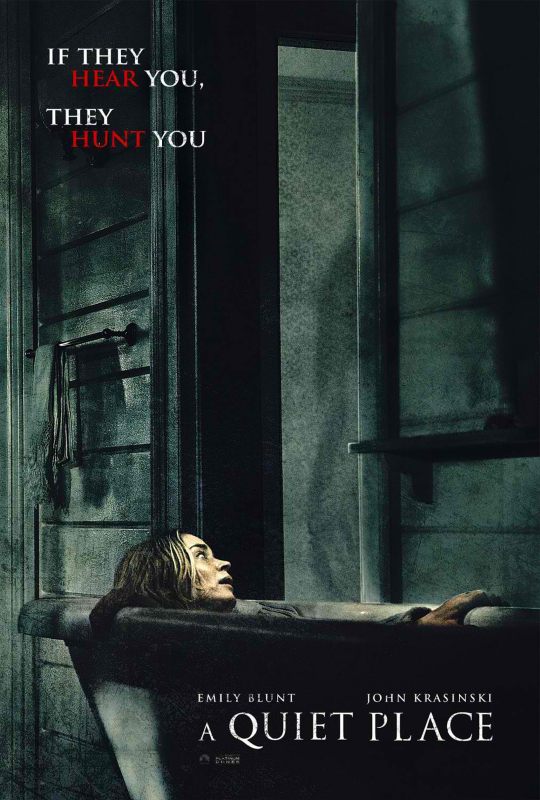 A Quiet Place is set in a post-alien invasion world, where the initial terror has subsided and now living in fear is the new normal. It skips the confusion, the drama, the thousands (millions? billions?) of nameless deaths that would have been brushed over in a montage in an “alien invasion” movie, and instead jumps ahead to months (eventually a year) after it all happened.

First-time (at least for a major studio release) director John Krasinski has crafted an excellent picture, where if you look you can spot a larger world happening around, but the focus is on one family of farmers and how they deal with the terrible circumstances the whole world is in. He also excelled in opening the world up throughout the zippy ninety-minute runtime. We start out knowing nothing and end knowing very little, but along the way we get flashes, hints and—most importantly—critical reveals that we learn but which the characters initially don’t, heightening the tension to remarkable levels. 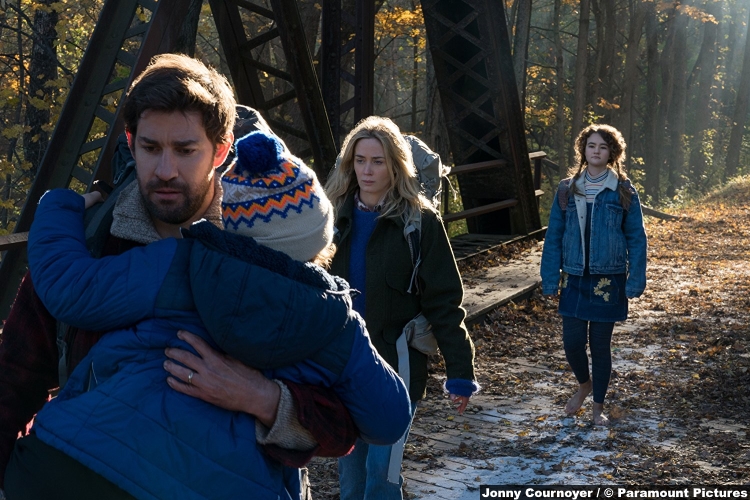 The premise of the film is of an alien menace that can’t see but has a highly perceptible sense of hearing. How many there are is (unsurprisingly) left unsaid, but the movie very effectively hammers home the “if you make a sound louder than a whisper, you’re dead in seconds” concept. In fact, it nails that premise within the first ten minutes of the movie.

With the central gimmick established and the obvious (tension-filled) consequences and set-pieces explored, it would be easy for a movie like this to run out of ground to cover and turn repetitive after half an hour or so. Instead, Krasinski slowly ratchets up the danger, forcing the characters into tighter and tighter spots, so that everytime you get used to the danger, things suddenly get more complicated. With sand to muffle their footprints, sign-language to replace their speech, and even board game pieces made out of cloth instead of metal, you’d think the family has thought of everything to avoid detection. So how do you make it complicated to hide from monsters that can hear your every sound?

How about having a baby. 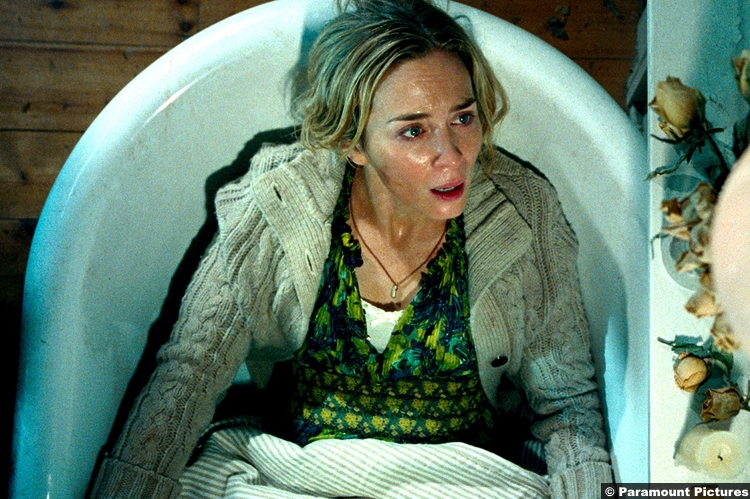 The way the film continues cranking up the suspense, like boiling a frog, is a technique that is easy to talk about and want to do but often eludes these sort of movies. The recent Strangers sequel, as well as Happy Death Day both ran out of steam halfway through (if not sooner). A Quiet Place grips you literally from minute one and doesn’t let go till the credits roll.

Is it a perfect movie? No, there are the typical problems you’ll find in movies with a post-apocalyptic setting. You’ll wonder how the family acquired the resources they have and how they are able to do certain things, but those are issues pushed to the background. It’s the advantage of starting the story a year after the apocalypse; you can just handwave it as necessary suspension of disbelief and get back to the story. And the story itself is tight, tense and really terrific.

Whatever flaws you might find, they are nits not worth picking. A Quiet Place is the best horror movie so far this year. Hats of to John Krasinski, Emily Blunt (real-life and on-screen wife) and the child-actors who more than held their own (especially Millicent Simmonds, who plays the couple’s deaf daughter, and who is actually deaf in real life). Everyone shined. 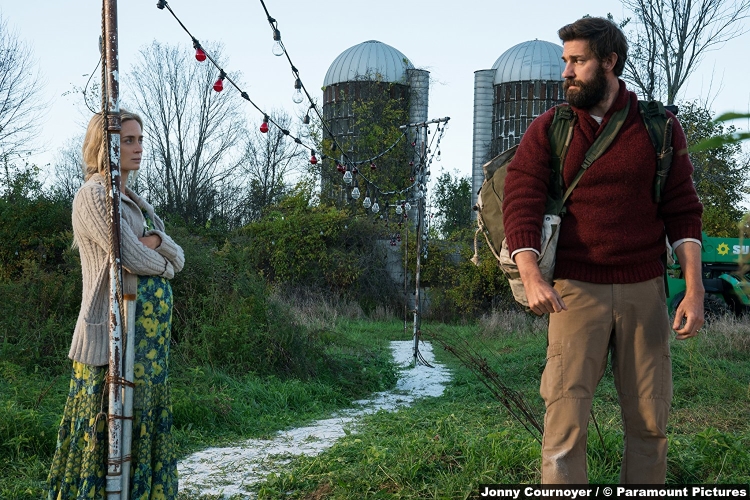 9/10 – Fast and uber-tense, A Quiet Place is an excellent debut for Krasinski as a top-shelf director and well-worth seeing (and hearing!) on the big screen.