Quentin Tarantino is not a filmmaker for everyone. His style is idiosyncratic, yet saturated in copies of, and loving nods to, moments from classic cinema. He’s irreverent yet clearly loves the art of movie-making. With only ten releases under his belt, all of which have been unique, dazzling, and memorable, QT remains one of the few “brands” left in Hollywood. Half the marketing for his latest movie is centered around this being “The Ninth Film by Quentin Tarantino.” The fact that he has insisted on his eventual next movie to be his final release means Hollywood is soon to lose one of its most commanding, unique voices.

In the meantime, and in honor of the release of Once Upon a Time in Hollywood (review included here), let’s look back on his filmography, spanning nine movies and ten releases (Kill Bill is considered by the director a single film, so it shall be here, too). No QT movie is bad, but some have risen to be better and more timeless than others. Starting from the bottom… 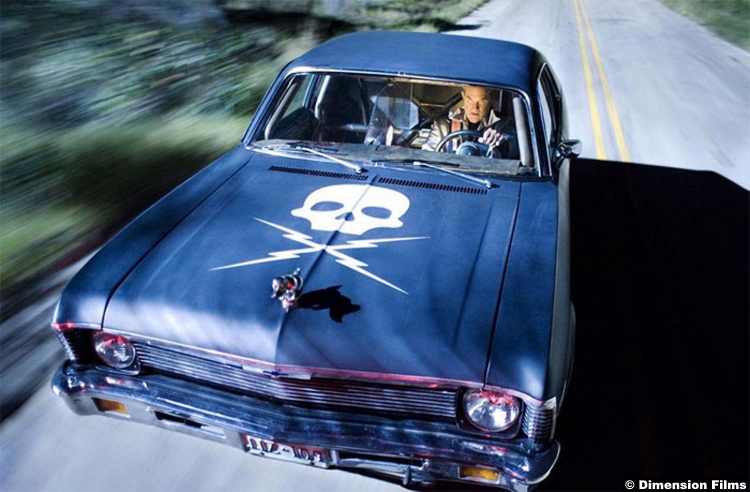 Probably the Quentin Tarantino film people know the least about. It was released as part of a double-feature as a throwback to the days of old Grindhouse cinemas that would play B-movies and exploitation films. Death Proof is basically QT’s version of a slasher movie, featuring a stunt man who, with his specially-rigged stunt car, kills people and makes their deaths look like auto accidents.

It’s a clever little premise and it does its intended job very well, but the movie itself is a bit too one-note, and it lacks the single best thing about any great Tarantino picture: snappy dialogue and absurdly relaxed humor in the midst of horrendous circumstances. In a lot of ways, the director tried to mimic what it was like to watch a crappy B-movie at a shady cinema that sold cheap tickets at two in the morning, but his own talent elevated it from “crappy” to “okay.”

7/10 – Barring something incredible, this will forever be QT’s “worst” film. In that case, good for him, because it’s not bad at all. 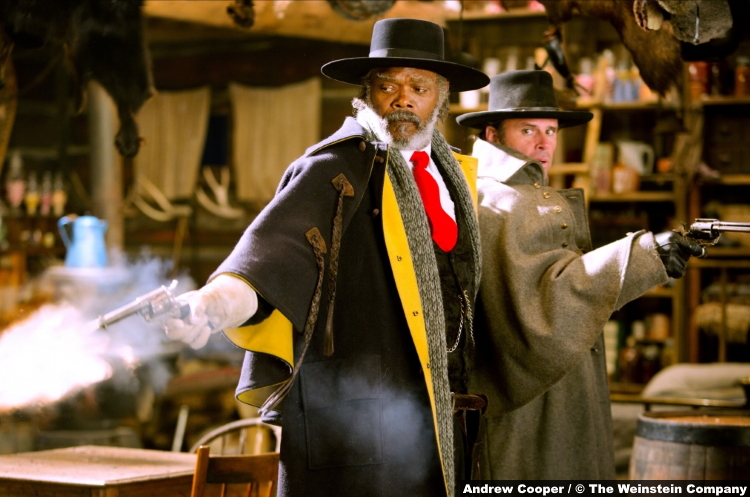 I remember the anticipation for this movie from Tarantino fans being electric. It was a script he wrote years earlier but shelved after it leaked. He called it the best thing he’d ever written. Eventually, he returned to it, revamping it and releasing it in 70mm with a score by the famed Ennio Morricone. The end result, however, was disappointing.

For one thing, the beautiful 70mm format was rarely put to good use, as the vast majority of the film is set inside a cramped cabin. For another, the movie never rises to that second level of intensity or mayhem or shock or…anything. It stays in first gear from beginning to end. Even when things do happen, everything is filmed with such a relaxed atmosphere, nothing lands with any kind of force. It’s a shame too because it really is a fantastic screenplay and probably would work great as a stage play or novel.

7/10 – It wanted to be Reservoir Dogs part II but never approached those heights. 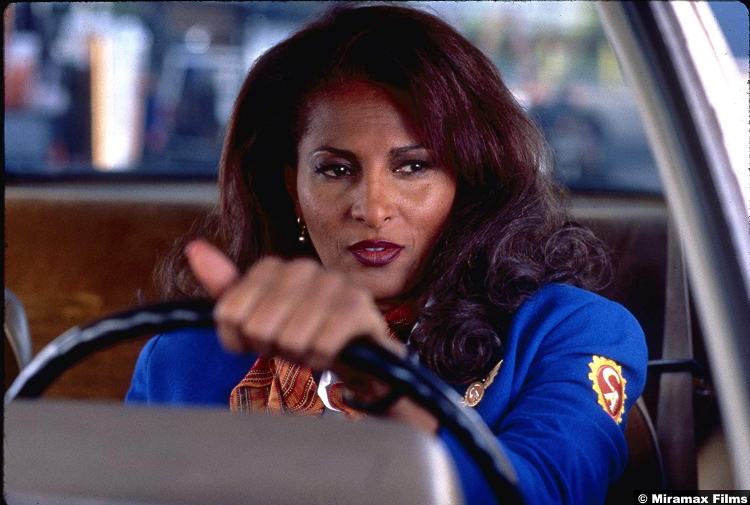 How do you follow up a film like Pulp Fiction? From the day it was released, Tarantino had to know he had made the movie that would forever define him. Jackie Brown is, like Pulp Fiction, a crime story at heart, but it eschews the crazier cinematic elements of the former movie. It’s also the QT’s lone adaptation, as it’s based the Elmore Leonard novel Rum Punch. The director adds plenty of his witty dialogue and, by changing the central character from white to black, turns the film into a quasi-blaxploitation project (even if the director rejects that moniker), making it very much his own movie.

As a movie it’s very good, but not very great. Many Tarantino fans swear by it, praising its cool, relaxed tone, but for my money it suffers from a similar problem as The Hateful Eight; it’s missing that extra gear in the final stretch. Still, there’s nothing that stands out as particularly bad and Michael Keaton steals his every scene.

8/10 – A slight movie, but not offensively so. It’s Tarantino at his most relaxed, but maybe to a fault but a hair. 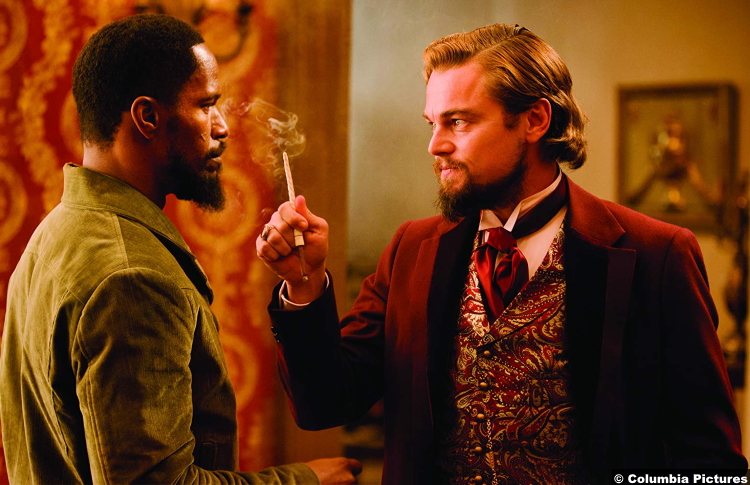 Probably the most “I loved the parts more than the whole” movie I’ve ever seen. You could put on any clip from this movie and I would love it, either laughing at the humor, reveling in the cinematography, or in awe of the acting, but when you put it all together—and I’ve seen it only three times so maybe it’ll grow on me—it feels like it drags a bit too long. Maybe that’s a fault of the editing? Maybe some scenes needed to be rearranged?

I dunno; I just know I love everything about this movie…

9/10 – …except watching it from beginning to end. I can watch that scene with the klansmen on horseback a million times and never not laugh.

5. ONCE UPON A TIME IN HOLLYWOOD 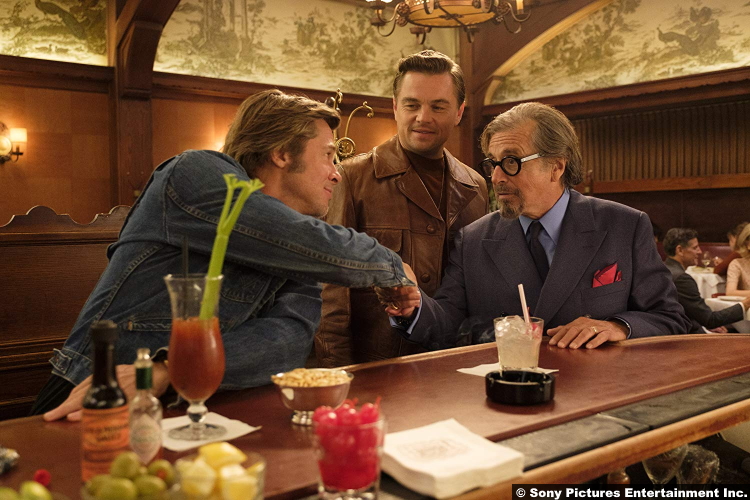 Tarantino’s latest is like two distinct ideas rolled into one. Neither piece necessarily fits together like a puzzle, either; they’re more like complementary foods on a plate. There’s a Manson Family storyline with Margot Robbie as Sharon Tate. That’s shot like a tragedy the way the director lovingly portrays her as a would-be starlet whom we know (in real life, at least) has her life cut abruptly short. There’s also the story of a washed-up actor (Leo DiCaprio) who sees his career ebb and flow from TV to movies, all the while staying grounded by his close friend and stunt-double (Brad Pitt).

Pitt is the fulcrum between the two stories but the two don’t merge into one until the climax. When it does the movie lights up and if you go in spoiler-free, you’ll spend the last twenty minutes on the edge of your seat. For the rest of the time, this is a relaxed, fun, funny, throwback to Hollywood of old.

9/10 – It doesn’t try to rise to the level of the final four on the list. It wants to be an easy-breezy sort of time, with snappy dialogue, funny set pieces, and a fairy tale ending. It achieves that, 100%.

4. KILL BILL [Volumes one and two] 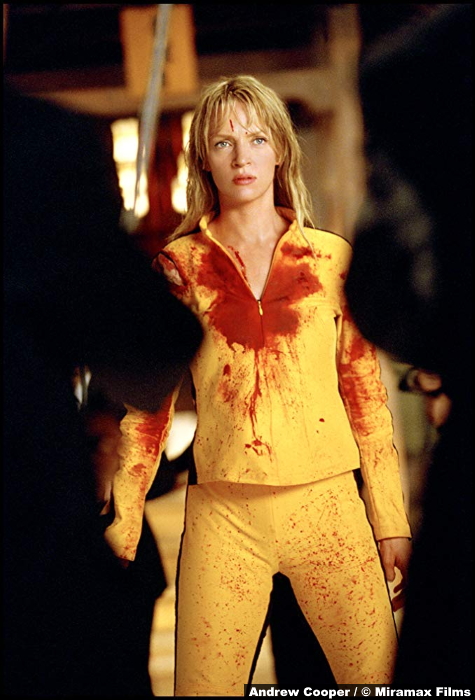 As much as Pulp Fiction will be the one movie everyone associates with him, I think Kill Bill is the movie that feels the most like a fully-realized QT film. It has everything the director has talked extensively about loving. Kung-Fu movies, pop-culture deconstruction, 60’s-era music, scenes that would be campy and dumb in anyone else’s hands instead are played straight to perfection, and of course Uma Thurman.

Uma is at her best here; she’s captivating, mesmerizing, and somehow both fragile and imposing all at once.

10/10 – It was really hard not to put this higher on the list because I can watch all four hours and never even begin to get bored. It’s masterful. 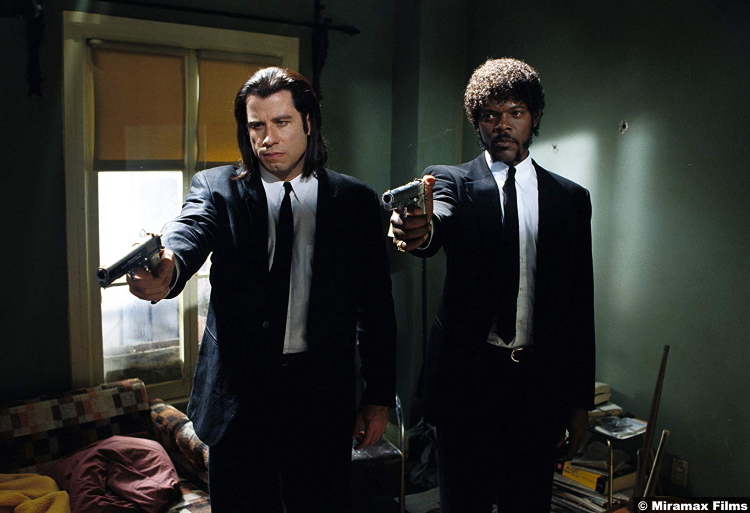 This movie has been written-about, scrutinized, and analyzed more than any other in the director’s repository. It’s a movie that spawned a thousand cheap imitators and threw out some of the most fundamental rules of film-making.

I might say QT made the film like a director who didn’t know what he couldn’t do, structurally, but that’s probably not giving him enough credit. I think he knew exactly what he wasn’t supposed to do, and went and did it anyway. The result is one of those movies you’ll watch and then wish you could watch again for the first time. I’ve probably seen the film thirty times, but nothing beats your first.

10/10 – A transcendent work of filmmaking that’s, sadly, been seen so much that a lot of its specialness has faded. 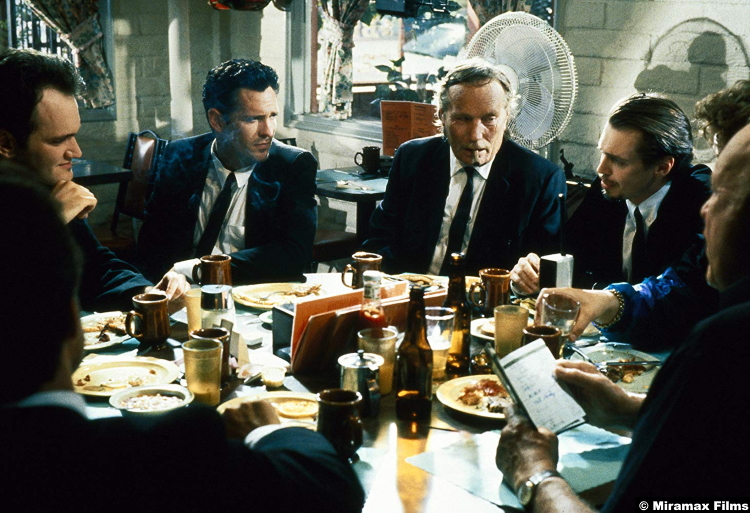 This is Tarantino’s tightest, most restrained, purest, most “normal” movie he ever made. It’s probably the only movie on the list that felt like he could have been made by someone else.

And even though it’s his first, it still works as his “Richard Bachman” movie. What I mean is, if you strip away all the fame that comes with a Tarantino movie, and you strip away a lot of the very-Tarantino sets and settings and just let him make a “relatively normal crime movie” in total anonymity, this is what you would get. The result is a perfect movie. In terms of snappiness, this is the best dialogue the man ever penned.

10/10 – Engaging, funny, thrilling; one of the best crime movies ever made. 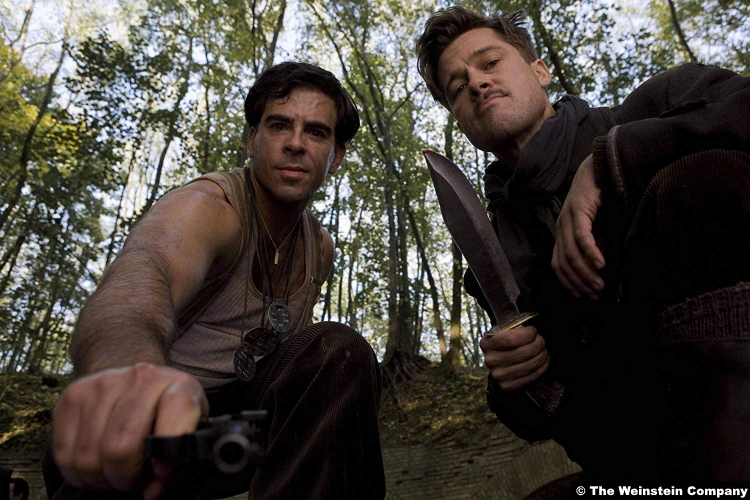 For everything Reservoir Dogs was for snappy dialogue, Inglorious Basterds was for tense dialogue. There are more scenes with heart-stopping suspense than in the rest of QT’s filmography combined. The opening scene, the strudel scene, and the guessing game scene are three of the most intense sequences I’ve ever sat through in a cinema. They were Hitchcockian.

The rest of the film is banging, from its storybook structure, it’s interweaving narratives and the way they come together in the end, to the finale and the way it takes the “once upon a time” concept to a whole new level. Of all the Tarantino movies, this is the most re-watchable, the most perfectly balanced, the most cinematic of them all.