REVIEW: US is a fairytale nightmare with a powerful subtext

Jordan Peele’s Get Out was just a few little tweaks here and there from being a great Key and Peele sketch. The duo of Jordan Peele and Keegan-Michael Key made their mark on pop culture with their sketch comedy shows, many of which buried some deep social commentaries beneath their hilarious and bizarre premises. Watching Get Out was like a feature-length version of a K&P sketch, with the comedy turned down and the thrills turned up. It had K&P’s style, scene construction, and set-up & punchline approach down pat.

I went in to US expecting something similar; a different story, no doubt, but a similarly-told story. That’s not what this is.

Get Out was a brilliant thriller. In promoting the movie, Peele lamented how he set out to make a great horror movie and sort of stumbled into making a thriller instead. With US he accomplishes his mission: This is a true horror flick, but it’s one with a lot more going on than just screams, chases, and bloodshed. 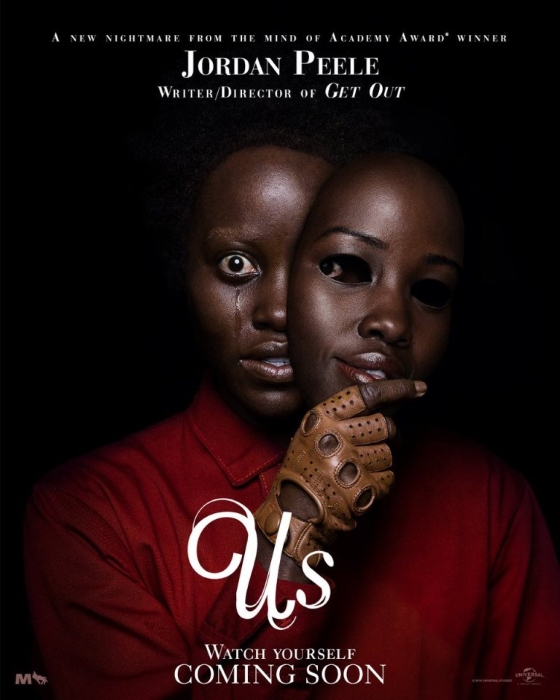 What you need to understand as you sit down to watch this movie is that it’s a fantasy horror. Don’t go in to the movie expecting some quasi-explanation for what is going on. Don’t expect something akin to how Get Out made an attempt to explain itself. Get Out‘s big reveal was plausible if you suspend your disbelief. I’m really stretching the limits of what makes something “plausible” but there was an attempt to rationally explain itself. 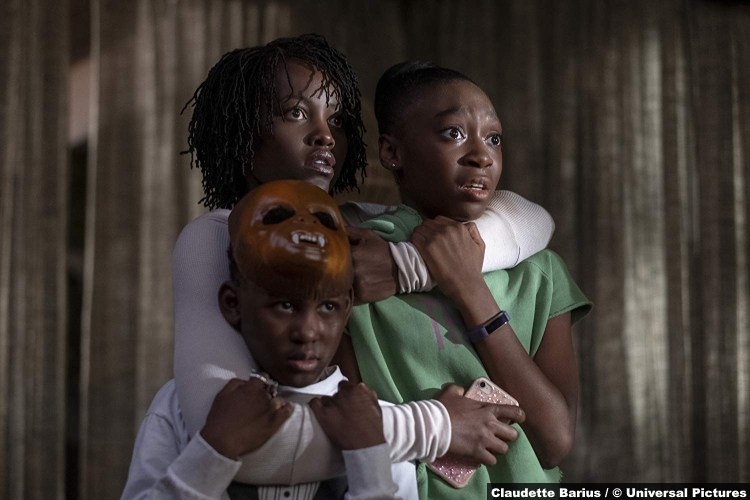 Not here. This is just a fantasy. Us is a dark, Brothers Grimm-esque fairy tale where duplicates of us live underground, resenting us, plotting against us, and finally rising up to kill us. There’s a reason for the story, there’s a lesson to be learned, and in true Twilight Zone fashion, there’s a moral of the story just begging to be explored. Jordan Peele is the heir-apparent to Rod Serling, and not just because he’s hosting the revival of The Twilight Zone on CBS All Access. He proved with Get Out that he’s a master at blending horror and morality plays. With US he proves his first outing was no fluke.

US is fantastical, and once you accept that it’ll be so much easier to appreciate. Sit back and enjoy the ride and don’t worry about trying to make sense of things in the macro. It’s the micro that matters here.

For most of the movie, things progress in a very traditional “horror movie” way. In fact, you might be tempted to think the movie is a misfire for the director, as everything seems so…by the book. The premise is scary enough: Exact duplicates of us live beneath us, in the abandoned sewers, railroads, subway systems and other subterranean lairs that we have long forgotten about. After years of plotting, finally, they strike. Dressed in red and brandishing scissors, they kill their doppelgangers without mercy. 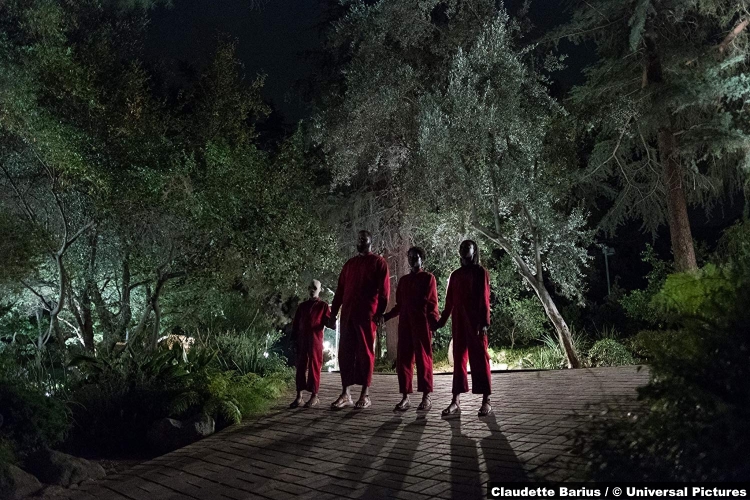 It’s a fine enough premise if that’s all there is to it. The story plays things mostly straight for most of the movie: There are traditional horror movie chase scenes, one-liners, moments of humor to let the audience release some tension; and there is lots and lots of bloodshed.

But that is not all there is.

We discover in the final scene that our main character, Adelaide, was originally one of those underground-dwelling “others” and switched places with her copy at a young age. That reveal is almost certainly going to be the film’s most controversial element but it’s not just a twist for the sake of it. This isn’t an M Night Shyamalan movie here. In this case, the switch is the most important part of the movie. Without it, there is no depth to the story.

The hidden subtext of Get Out is that white progressives carry their own brand of racism, different from white conservatives.

What’s the hidden subtext to US? 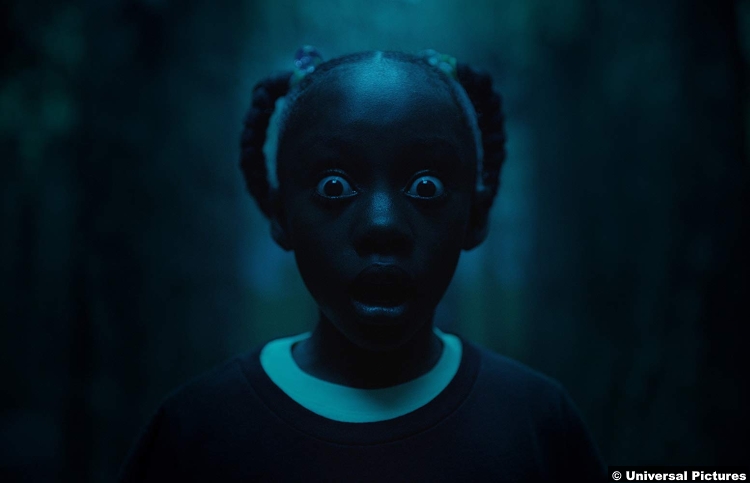 It’s that those we think of as our enemies are really just…us. They may be disaffected, they may not be as privileged, but they are still people. They are, as Adelaide’s Red Character calls her people, “Americans.” This isn’t a black vs white thing, either: Since the movie has a hilarious and riveting sequence showing the “other” versions of the family’s white friends. Anyone can be disaffected.

The point here is that there are a lot of “us” in our society that we have chosen not to see. They live in slums, sleep under cardboard, and beg for scraps. But they are us. They’re not some other people. They’re not our enemies, at least not inherently.

The message of the movie is: We shouldn’t divide ourselves into groups because we are all people. If the Adelaide character who torments the family in the movie was just another subterranean monster then the movie is just an “us” vs “them” story. Instead, a person who lived down there switched places and spent most of her life “up here.” She learned to talk, to laugh, to love. She proved that if everyone had the same chance to live as she did, everyone could be just as happy as she is.

That’s what’s so amazing about the movie: For 99% of it, you’re conditioned to think of the red-clad people as the bad guys, but the whole premise of the movie is false (on purpose). Those “bad guys” are doing bad things but the people aren’t bad, inherently; they’re bad because they were brought up that way, raised to be bitter and resentful against those who had it easy. The film’s use of the cheesy Hands Across America gimmick highlights that idea: A bunch of privileged people held hands one afternoon to “raise awareness” for underprivileged people. And after they were done holding hands, they went back to their nice homes and comfortable lives…and forgot that everyone else still had problems.

That’s a hard truth to think about, but it’s a truth nonetheless.

US manages to remind us of it, under the guise of a macabre fairy tale. It’s fantastical but also mind-bending and profound. Considering this is Jordan Peele’s fairy tale, I would expect nothing less.

10/10 – Fantastic movie. Scary and funny in equal measure when viewed as surface-level entertainment, and mesmerizing and provocative when considered on a deeper level.

Best movie of the year, so far.