Game of Thrones S08S06: The Iron Throne – An episode guaranteed to please absolutely no one

Here we are my friends, the end of the road that started and finished beyond the Wall. Game of Thrones has spent season eight as one of the most talked about shows of all time. The push back and backlash is actual news that has spread past pop culture sites like this one and into the general discourse. The petition to have season eight remade has, at the time of writing, over one million signatures (mine isn’t on there as I think fan entitlement has gone too far), that’s how much people care and/or are losing their minds. I personally loved The Bells, even if I haven’t loved most of this season. Even though I think the writing hasn’t been nearly as bad as some think, since the end of season six there has been a rushed quality to proceedings that stinks of DB Weiss and David Benioff becoming desperate to finish this and get to Star Wars.

While it doesn’t need saying that the story is the most important part of any piece of narrative art, every other aspect of Game of Thrones season eight has been some of the best art I have ever seen. The performances have been terrific, the direction, cinematography, art design, production design, costumes, etc, have all been magnificent. Spectacle episodes like The Long Night and The Bells rival anything that the MCU has to offer. So, it’s easy to single out D&D for criticism, they are the ones who have dropped the ball here, though as I’ve already said, I think they are good writers who haven’t quite stuck the ending of the most epic television show of all time. When you put it like that you can see just how hard this job is.

Still, when I saw that D&D had both written and directed The Iron Throne, I knew something was amiss. I was expecting Alan Taylor, Neil Marshall, David Nutter, or Michelle McLaren, all of whom have directed the hell out of some of the show’s best moments. But with D&D at the wheel, I knew that the spectacle of Dany vs the rest of the continent wasn’t going to happen. That isn’t exactly a bad thing, in fact The Iron Throne is a fantastic episode up until Drogon flies away with Dany’s dead body. So, let’s talk about that first. 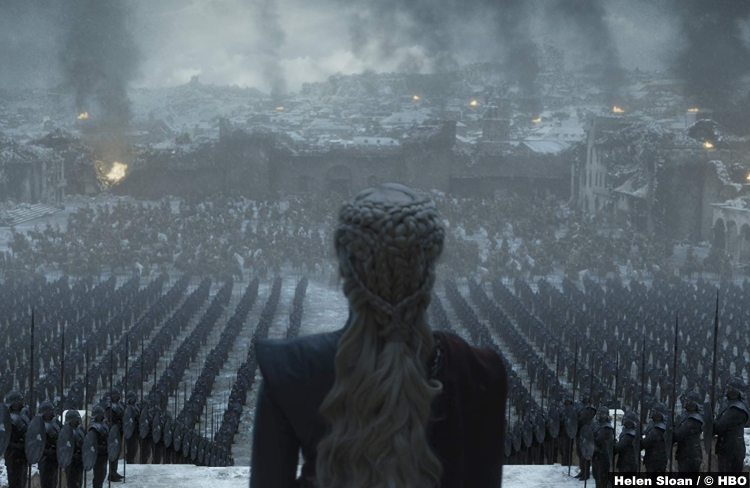 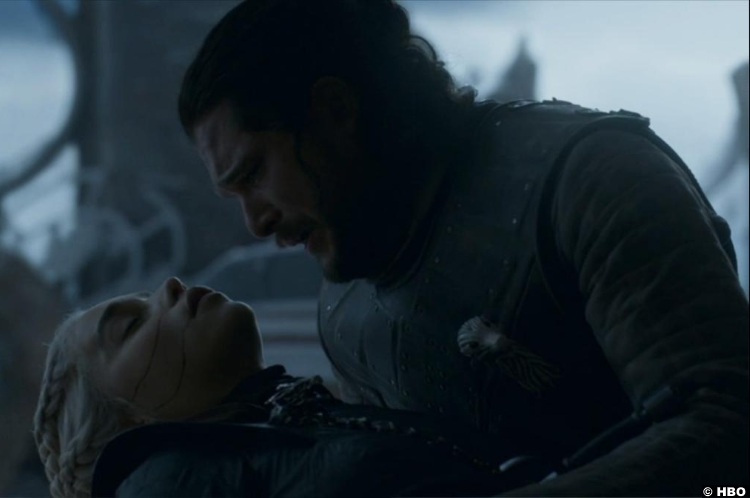 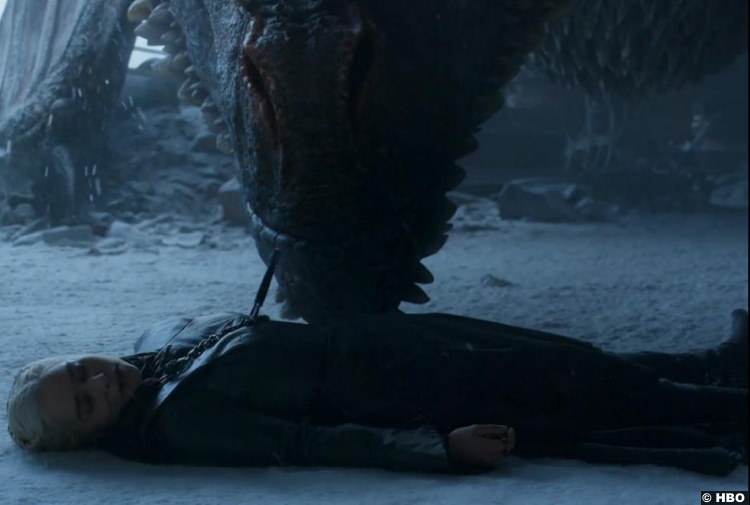 Kings Landing bathed in ash after the new Queen of Westeros has conquered it. Her Hand deals with his own responsibility in the carnage as he weeps over the crushed bodies of his brother and sister, making him the last of his house. Her lover, and true competition for the throne walks the ruins of the city seeing prisoners being executed under the orders of his queen. It’s stirring stuff, wallowing as it does on the consequences of all of their actions that have brought this result. This is Game of Thrones at its best, with the creeping inevitability of what Jon has to do, to try and save the rest of the country, the North especially.

The centrepiece of the episode is Dany and Jon in the throne room. Dany’s journey is over, her prize is won, and she has convinced herself that her actions still make her a liberator, how else would she be able to live with what she has done. Jon, the honourable man, kills the woman he loves for the same reason Jamie killed her father. Jon and Jamie wanted to save the people from the Targaryen’s and will go down as Kingslayer and Queenslayer alike. Crucially this doesn’t mean that Jon gets the throne, it was never that kind of story to begin with. Instead, Drogon burns it and fly’s away with the body of his mother, taking the episode’s quality with it.

In a very real sense, this is the end of the story: Dany loses her destiny just when it was within reach, and Jon: a bastard all his life kills his love instead of ruling with her. It’s a tragedy of the highest order, and I wish that it cut to the credits as Drogon flew away. Instead, we get an extended epilogue that resets the board and rebuilds the wheel. While the way of choosing kings is now up to the heads of the six kingdoms (the very idea of democracy already being laughed at), Tyrion suggests Bran because he is the memory of the world thus he has experience of everything. While D&D may be going for pathos here, Tyrion being a Kingmaker and all, Bran is a truly terrible choice as king. Yes, he knows all the stories, but that doesn’t mean he’s qualified to rule. You wouldn’t make Charles Dickens Prime Minister, or John Steinbeck President, just because they knew the stories of their age and ages past, would you? Of course, this is all a misdirection as Bran is a figurehead. Tyrion said it himself that he wouldn’t be the people’s choice, so Bran has found a way around that by making him his Hand. The Iron Throne is melted, and the King has a past to live in so the ruling will really be carried out by Tyrion and his small council of fan favourites. 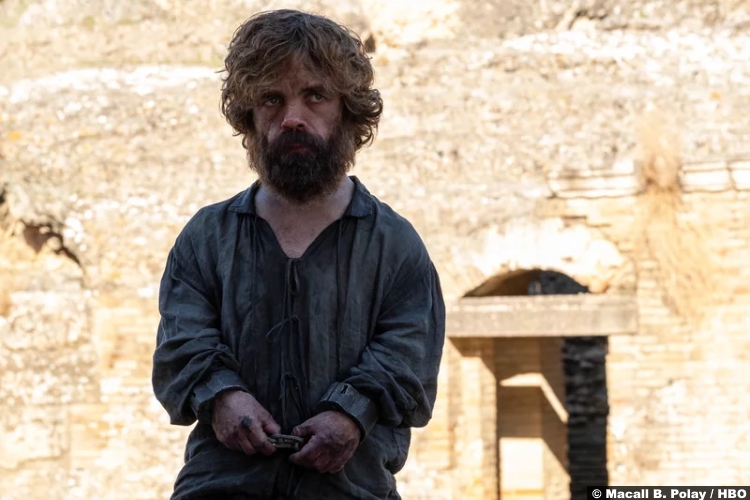 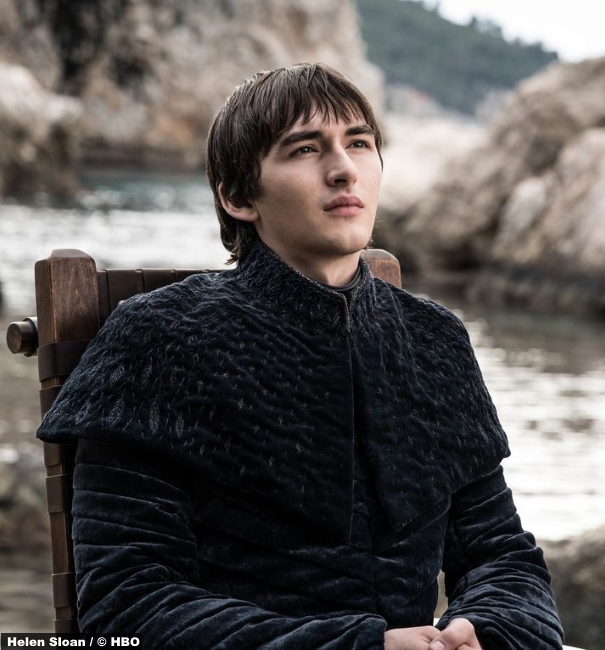 You can’t break the wheel, but you can make sure it’s running the right way, and while Tyrion is truly awful at being a Hand at war, he has proved himself adept at the job in Kings Landing. It’s a bittersweet ending, that is shared by everyone. The problem is that it feels dull and perfunctory. Sansa is Queen of the North, good for her. Arya has left her list of death behind and will now travel to the unknown, good for her, so what was the point of last week? Jon ends up where he started at the Knights Watch, though it is hinted that he and Ghost will stay with Tormond and the Wildlings beyond the wall. Good for him, but who cares? 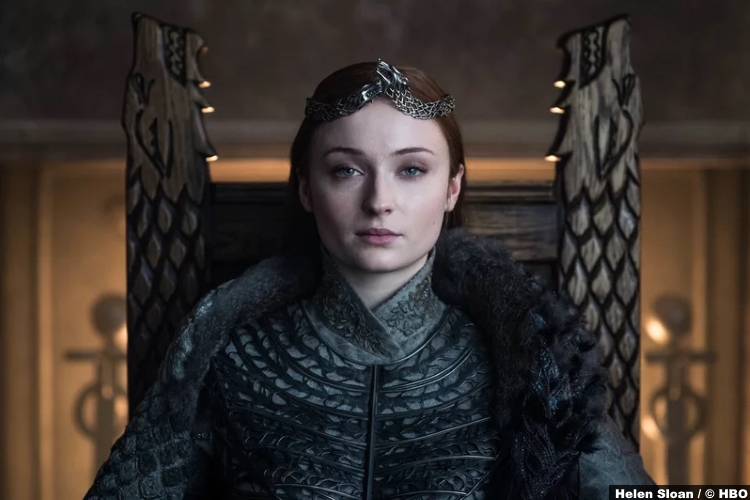 6/10 – It seems that The Bells episode nine’d us, and The Iron Throne was about picking up the pieces and putting them away for good. Dany did change the world, she just didn’t live to see it, and everyone else will have to live with the consequences of her choices. A Song of Ice and Fire ends with the true fall of the Targaryen’s. It’s not a great ending, and it’s not a terrible ending either. It’s like Jon: Both fire and ice, Stark and Targaryen, great character and a bad actor.