While last week’s episode may have confused us–okay, at least me–with a diversion into the life of Claudia, a character we heretofore have never spent that much time with, it turns out it was attempting a sleight of hand. While we–okay, I–was bored and wondering why we were watching Perfect High: The Claudia Whatever Story, someone was being sneaky in the background.

After that conversation with Karen Minty, where I’m still not sure how she even knew about Candace, Beck becomes very interested herself in Joe’s ex. She tries squeezing Ethan for the goods because he and Candace are Facebook friends, but he’s understandably hesitant to talk about it. Honestly, it’s too bad Beck didn’t go after Ethan first. He’s a catch.

Despite Lynn and Annika trying to talk her out of it, because she and Joe are so good together, Beck continues her search. Also searching, by the way, is a private investigator Peach’s mom has hired to look into the circumstances of her death. And he hasn’t yet spoken to Beck, the person who got a career boost off her “What to Wear to Your Best Friend’s Funeral” piece? Sure. Anyway, Beck is so driven to find answers because Joe has been having bad dreams about Candace, even calling out her name. 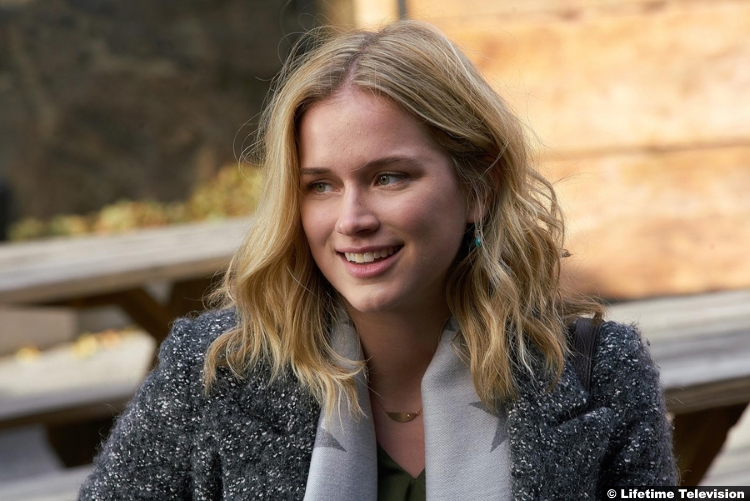 Maybe that car crash really did knock something a-winding. He’s not seeing hallucinations of Candace anymore, but he’s almost consumed by memories of their relationship. She was a musician and her career was really starting to take off. Joe became suspicious that she was hooking up with her A&R guy because she was. When Joe confronts Elijah (Esteban Benito), the truth is confirmed. Elijah didn’t even know Candace had a boyfriend because she never mentioned it. Joe takes this information soberly and walks away to collect his thoughts.

Ha, just kiddin’–he pushes Elijah off a rooftop. Meanwhile, the info Beck is digging up about Candace is leading nowhere good. Supposedly, she just abandoned her career and ran off to Italy, but no one’s heard from her since then, including the now-deceased brother who had believed Candace to be dead. Candace hasn’t even updated her social media in over a year.

So Beck brings her suspicions to Joe and you know what happens–he just throws a bunch of horseshit at her. He gives her the ol’ “poor me” routine about Candace cheating on him and shows her an Instagram account with a bunch of probably photoshopped pics of Candace in Italy. He lied about chasing after her–when he disappeared, he was really taking care of Mr. Mooney, whom he takes Beck to meet and who had had a stroke–sure–and lay alone for two days because Joe was dealing with his Candace feelings.

Beck apologizes for ever having doubted him and they go home together. Then Joe, that sneaky snake, holds up Dr. Nicky just so he can check his phone. Is that Peach’s gun? Anyway, I guess while Claudia was detoxing just to retox, Joe was finding out that the fox emoji Beck has been messaging wasn’t her old friend “Emma Fox” from Brown–no such person exists. After checking Dr. Nicky’s phone, it’s all there–calls to and from Beck and sexxxy messages. 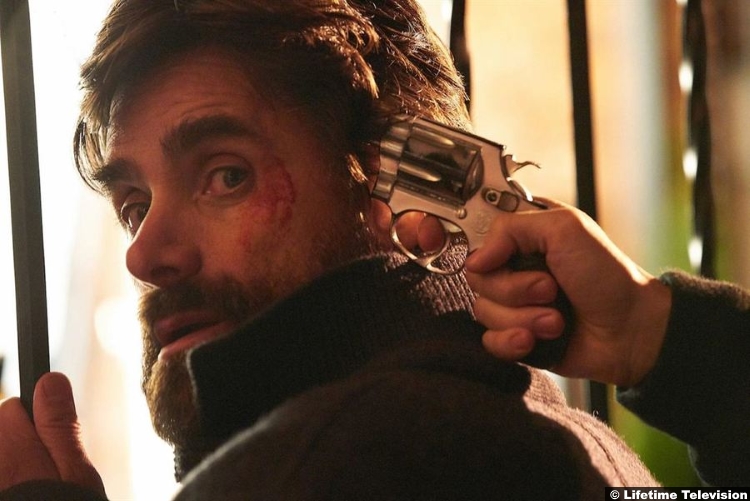 Oh, how the table has turned. Now it’s Joe confronting Beck, who admits to cheating, but tells Joe that she did it only because she was afraid of her feelings for him. This is in grand contrast to Candace. When Joe told her they could get past her cheating because she loved him so, she was like, “Think again.”

Joe accepts her reasoning, because he’s so scrambled, he really thinks he’s buying into an “our love can conquer anything” relationship. They make up and he goes out for takeout waffles, which are not going to be good, but okay. 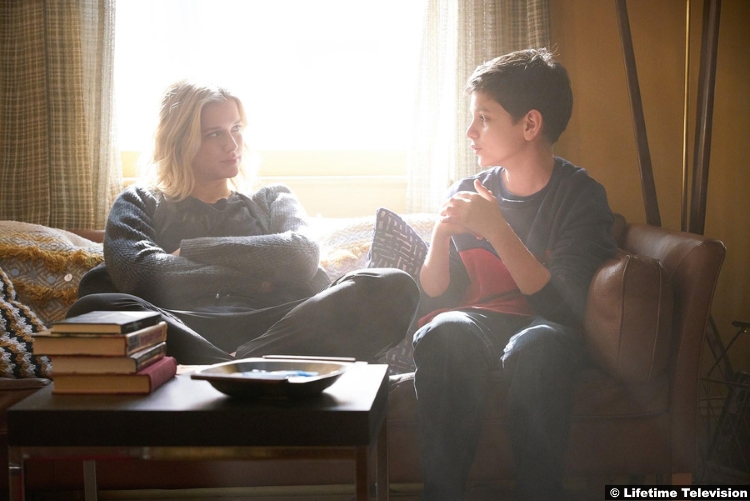 That gives Paco, who’s still not speaking to Joe since Ron returned, a chance to talk to Beck alone. He’s actually returning a book Joe lent him and he tells Beck that he forgot he had it in his bathroom ceiling, where Joe told him to hide things. It seems like he tells her this specifically to make things rough for Joe, but obviously, he has no idea of how things will play out.

Because after he leaves, of course Beck goes immediately for the bathroom. In the ceiling, she finds a box of horrors. There’s her diary and her tank top and her old phone. And Benji’s phone. And Peach’s phone. And a necklace that belonged to Candace. As if that isn’t bad enough, there’s also a jar of teeth (Benji’s?), which Beck drops and breaks. Of course, Joe comes back while she’s cleaning that up and cutting her finger.

And here she makes her maybe fatal mistake. When he goes into the bathroom to get her a bandage, she doesn’t immediately take off running. Instead, she tries to play it cool, all “I just remembered a…thing I have to do,” and mosey out the door, lagging long enough for Joe to slam it shut. The next thing she knows, she’s in the book cage.

8/10 – Next week’s title doesn’t bode well for her (or Candace). But finally, the full horror of Joe will be revealed to her. As for this week, I’m glad we got to see the beginning of it. Even with (at least) two killings under his belt, it’s easy to fall into a lull and forget what Joe really is. But we’ve gotten the benefit of seeing who he really is. Poor Beck has been gaslit the whole time and now she’s finally seeing the light.