I know this might sound like I’m readying my entry for the Understatement of the Year awards, but Joe has a problem with impulsiveness. After all, it’s what led him to snatch Benji or steal Peach’s book (or her laptop) or do just about everything we’ve seen him do.

But that’s the deceptive charm of Joe Goldberg. His constant foibles and near-misses are relatable content, but they’re also a distraction from the fact that there’s a rot at his core. To put it another way, that boy ain’t right.

After the events of last week, Joe and Beck are in the honeymoon phase of their relationship, so Joe’s wrongness is easy to miss. It’s easy to feel for him as he sits through girls’ nights (but why is he there, anyway?). It’s easy to cheer that he’s got Beck writing regularly again. After all, he does appear to be doing the thing he’s said all along that he wants to do: make Beck great again. 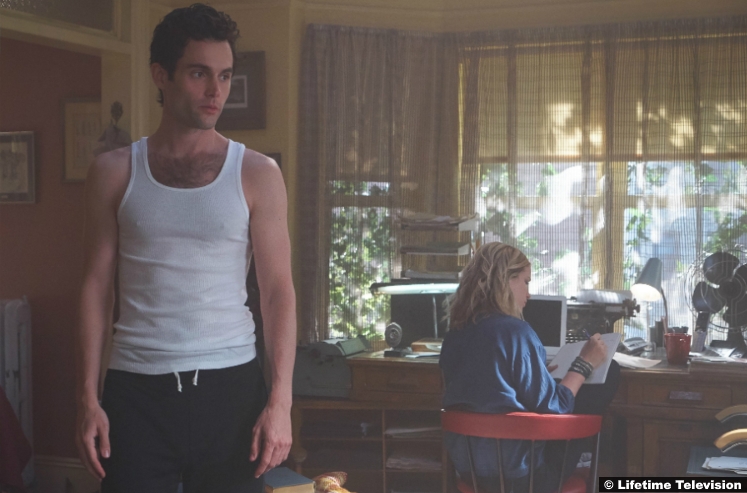 Because of the obvious friction he has with Peach, Joe has a supporter in Annika, who has also been the butt of Peach’s little jabs. In fact, Joe theorizes that Annika’s whole life as a body positive Instagram influencer is just a reaction to a youth spent in Peach’s shadow as her “fat friend.” So he weaponizes her insecurity and encourages her to post a Throwback Thursday pic of herself with braces and Peach with her original nose. Again, impulsiveness.

Because while Joe couldn’t know what the response would be–an anonymous account posts a video of a drunken Annika spewing some casual racism, the video goes viral, and Annika loses followers and sponsors–if he’d actually thought about it, he could have anticipated it would be rough. But he wouldn’t do that, because in the end, he doesn’t really care about Annika. It’s too bad that she’s collateral damage in his war with Peach, but not bad enough that it’ll actually affect him.

He kind of cares about Beck or rather, he cares about the fantasy he’s constructed of his life with Beck. And like I said, it’s easy to sympathize with him on some fronts. Because he’s got Beck writing again, she’s producing work that’s good enough for her adviser to suggest introducing Beck to an agent. The adviser believes in her and this is a really good opportunity. 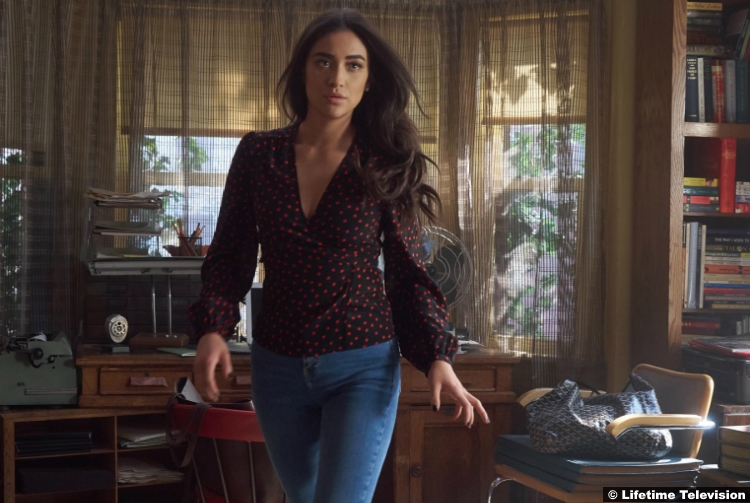 But for Peach, this is just one more person she’s got to fight in her quest for the Lady Guinevere. Whatever her feelings are exactly for Beck, as Joe discovers when he nicks her laptop, those feelings are not that far off from a Joe-type obsession. Unlike Joe, though, she only wants Beck to succeed insofar as it fits Peach’s plan. So she suggests that Beck meet with an agent she knows, who can get her more important work than articles. (All work is important, you goblin.) At the party at Mooney’s she insists on throwing, Joe overhears Peach talking with the agent. It’s all just a ruse to sabotage Beck’s ambitions, you see.

He tries to warn Beck, but she can’t believe it until she’s alone in a limo with the agent, who makes a pass at her. Realizing that Joe was right, she angrily tells Peach off. So, of course, Peach fakes a suicide attempt. It’s all very unbelievable if you’re outside it, but she’s got Beck hook, line, and sinker, so of course, Beck abandons Joe and spends the night. 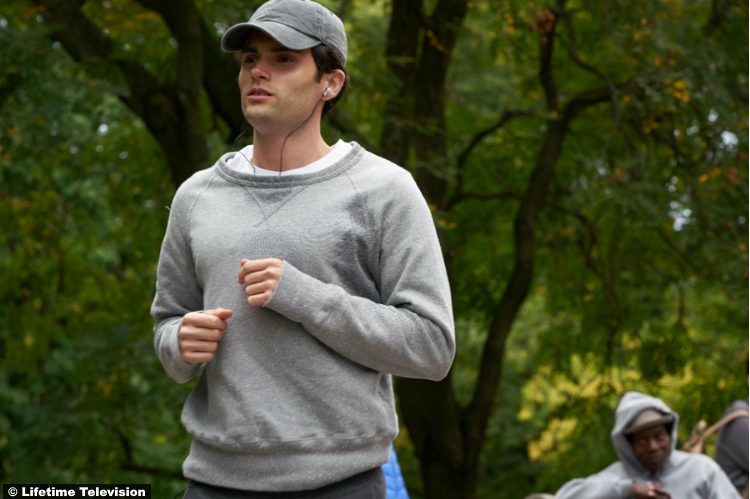 Joe is left alone with his thoughts, which he does not put to any good use. His impulsiveness means that he thinks of a thing–gotta get rid of Peach–but he apparently does no thinking beyond that first thought. Because here’s what he does: Runs up behind Peach in Central Park–a place visited on average by 110,000 people a day–in broad daylight, brains her with a rock, thinks she’s dead but doesn’t check, ditches the rock not that far from her, and all while he’s running like a suspicious man who just did something illegal.

Hmm, dreadful. But while he’s impulsive, Paco is trying not to be. He’s been studying the possible consequences for doing away with not-so-dear ol’ Ron. Joe’s brilliant solution? He gives him The Count of Monte Cristo, so he can learn about “living with the enemy.” Instead, it infuriates Paco, because the book is all about slow-burn revenge, of course.

Great. Now Paco’s acting rashly. As Joe returns home, he finds Ron passed out in the hallway, because Paco tried to murder him with pills. Thanks to the lesson he just got in what to do in case of overdose, Joe gets Ron to vomit and is beaten for his trouble. Well, that was impulsive.

8/10 – I feel bad for Beck, stuck in the eye of a hurricane of two obsessive stalkers, but at the same time, I’m also like, “Her?” So many people we’ve met, save maybe Benji and her dad’s family, are just captivated by Beck. And this isn’t a dig at Elizabeth Lail, who’s doing well with the material, but Beck just isn’t that interesting. But maybe that’s the point? It’s just a shame that not a single one of these people who’s drawn to Beck has her actual best interests in mind–despite what Joe says, it’s really all about control. Maybe she should befriend Ethan, the most decent person we’ve seen so far.