You S01E02 Review: The Last Nice Guy in New York – There really wasn’t any other way this could end

There really wasn’t any other way this could end. Once Joe put Benji in that cage, there was no coming back, no way he could “my bad” out of the situation.

Benji’s fate was sealed from the beginning. And I can’t help feeling sorry for him. I mean, I know he’s the woooorst. But when he started talking about his food allergies, I felt it in my lactose-intolerant bones. 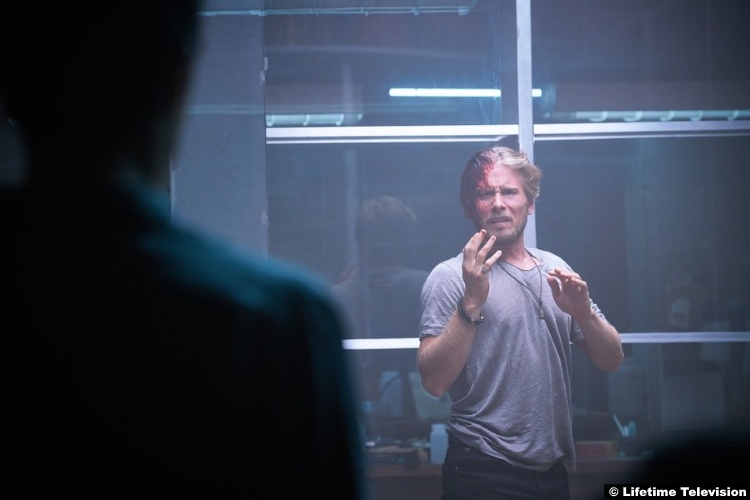 But again, I’m not sure exactly what Joe thought his play was here. Keep Benji for a few days–at least until Beck cooled toward him–and then set him free into the wilds of the Upper East Side? This guy? Granted, the first thing he’d probably do once released would be some grand gesture of self-pity that would make Adora Crellin tell him to relax. Then his daddy would make a call to 1PP and Joe would be in custody in time for me to turn to a much nicer guy in New York and say, “Hmm, dreadful.” Or let’s be real, read about it on Twitter.

But then again, it’s what Joe knows. As we see in a flashback, bookstore owner Mr. Mooney (Mark Blum) locked Joe in the cage at least once. And it’s not like having Benji at his beck and call (no pun intended) isn’t useful. Because once Benji figures out where he knows Joe from, he gives him the scoop on Beck, thinking it will buy his freedom.

According to Benji, Beck is at heart, superficial. A gold-digger. While this doesn’t seem true–yet, at least–it would go a long way toward explaining what she sees in this guy. And, you know, her friends. Besides Peach, there’s Annika (Kathryn Gallagher) and Lynn (Nicole Kang). 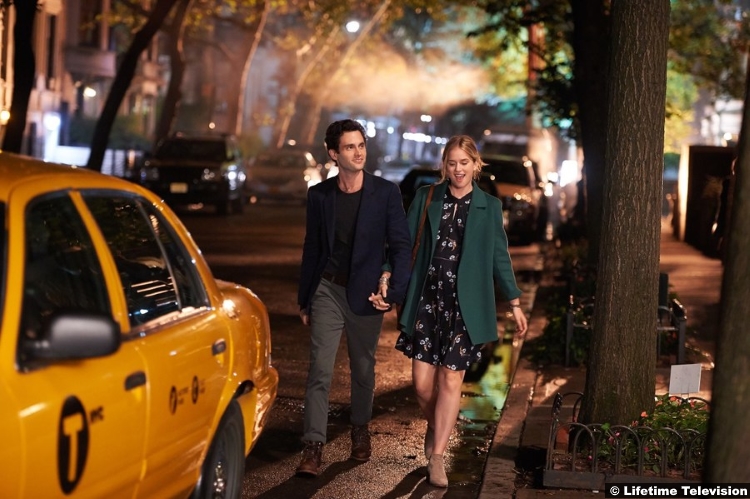 When she tries to confide in them that she has to meet with her creepy adviser, Professor Leahy (Reg Rogers), a meeting that fills her with anxiety, Annika brushes it off. After all, she slept with her bio prof and it was no big deal, plus she got an A. Beck isn’t so sure.

And it’s understandable, because Leahy makes a pass at her. When she angrily rebuffs him, he basically threatens her housing. Peach will go on to write her a check to cover moving into a new apartment, but that’s a bad idea for a number of reasons.

While Beck mulls all this over, she invites Joe to Peach’s annual party celebrating her parents’ divorce. Benji laughs it off, saying that Beck is inviting Joe only to add “texture” to the party–basically so she can reassure herself that she mingles with real folks.

It certainly seems that way at the party, when she drops his hand before entering, doesn’t seem to notice that Peach keeps calling him Joseph, and abandons Joe to talk to other people. It’s clear, by the way, that Peach has–if not Joe’s number–an idea that something is up with him. She all but says outright that Beck and Joe’s meet-cute story is a little contrived. So Joe steals an L. Frank Baum book from the house and I’m left wondering if he just hung out the entire night with this book stuffed into his waistband or whatever. 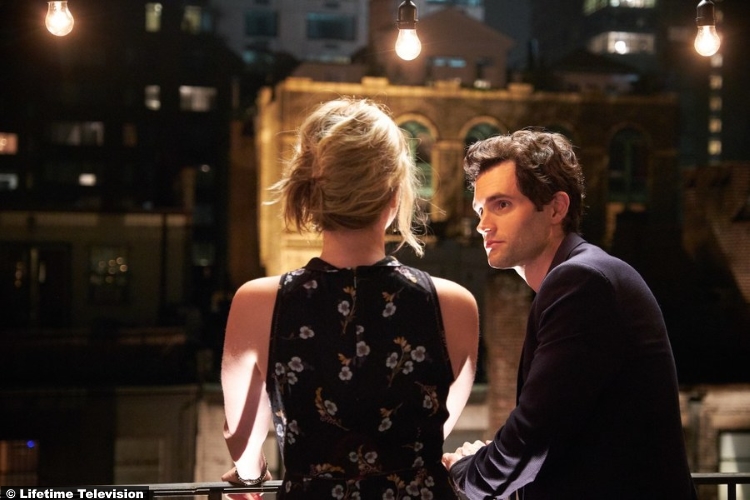 I mean, what if Beck had cozied up to him? Not that that’s a realistic worry at this point, though. After she tells him about the incident with Leahy and he advises her to fight back, she dashes all his hopes by hugging him chastely and talking about what a great FRIEND he is. We could laugh in sympathy with Joe if it weren’t for what happens later.

Because Beck does show her teeth, recording Leahy on her phone in their next conversation. It’s not the most damning conversation, but it doesn’t need to be, because, as she tells him, she’s got six other young women willing to go on the record about his MO. It’s unclear here, though, what exactly she wins. She’s not kicked out of the program, but is he still her adviser? I hope not.

Anyway, she appears at Mooney’s to thank Joe for giving her the courage to stand up for herself. Specifically, she gives him a doughnut that sums up his personality, and while she dresses it up in pretty language, she apparently thinks of him as plain (but glazed). But hey, she kisses him, too!

That’s enough for him to decide that Benji, whom he now knows participated in a frat hazing that turned deadly, is wrong about Beck. So pretending like he’s giving real thought to a mutually assured destruction pact between them, he brings Benji the gift of a latte. Despite Benji flunking a taste test of his own soda earlier, you’d think that he’d immediately detect that the drink has the wrong mouth-feel, like how I know when my latte’s been made with milk instead of heavy cream. But he doesn’t and that’s how he misses the two tablespoons of peanut oil–peanuts, incidentally, being one of his allergies. Now he’s dead and Joe hasn’t so much solved a problem–what to do with a captive–as he has created a new one–what to do with a dead body.

8/10 – So far Joe’s still the creep you hate to love (or love to hate). But there might be a hint of well-established darkness in him. I mean, besides everything we’ve seen so far. He ran into that friend of his ex’s at Peach’s party and that conversation sure was illuminating. Did Candace really run to Italy or was she running from Joe? That, of course, assume she’s still running anywhere. With what we’ve seen of Joe, I wouldn’t bet anything at this point.