You S01E08 Review: You Got Me Babe – Truly, madly, deeply, I would have preferred spending more time with Blythe

There’s a scene toward the end of the episode where Beck sees Joe through broken glass and it’s perfect, because for a second, it’s like we see Joe as he really is. For the most part, he looks normal, but there’s something slightly off about him.

This is, in fact, the entire premise of You, which they seem to have forgotten for most of this episode. You is at its best when it leans into its more sinister elements, but for the bulk of this episode, it’s a fairly straight relationship drama. 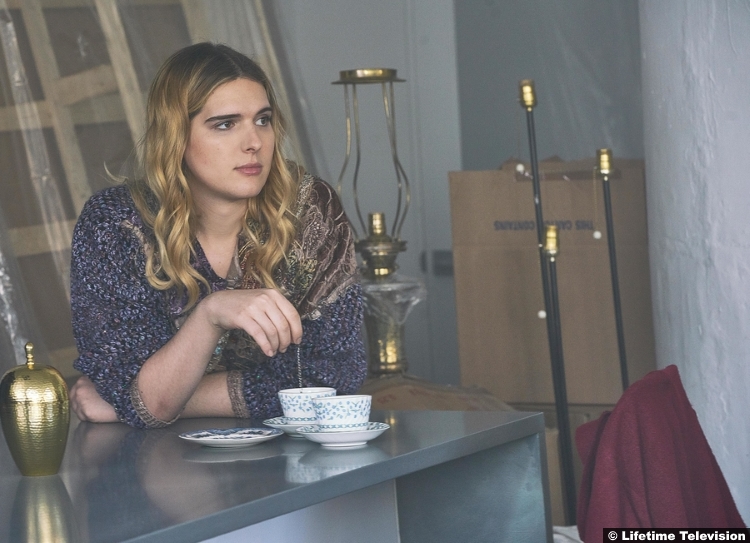 Joe is still with Karen, Claudia’s friend, and she seems lovely. We don’t exactly have the same taste, but I’m not going to begrudge the woman her love of CBS sitcoms when I’m fiercely devoted to procedurals. But Joe would, of course. For all the shit he’s talked about Peach and to a lesser extent, Beck’s other friends, Joe is also a snob. We should have seen the end of his and Karen’s relationship coming when she suggested he get a Kindle.

However, their relationship chugs along respectably for about 3 months. Then Blythe and Ethan, whose relationship is the only high point of this episode, decide to move in together. This decision brings Joe and Beck back into each other’s orbits, which turns into texting, which turns into sex on the Circle Line ferry in broad daylight. Sure. 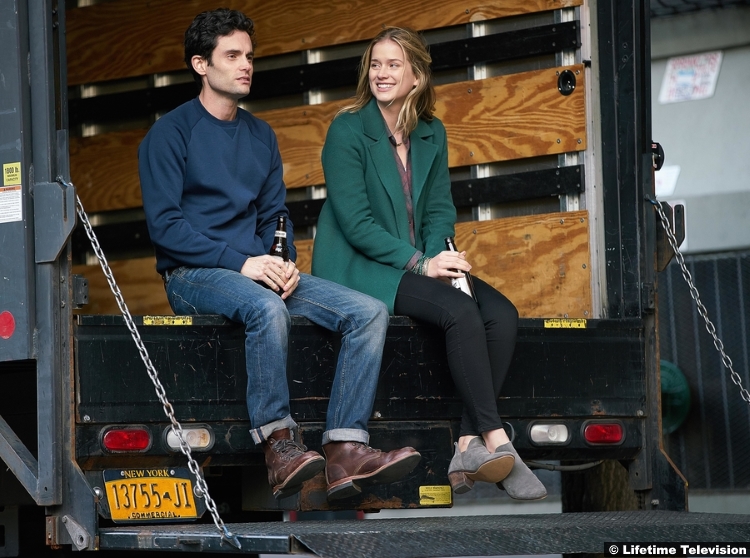 They have sex a number of other times before Beck puts a stop to it, because it isn’t right–what with Joe still seeing Karen Minty and all. Yeah, she’s the bad influence, not the serial murderer. Joe takes it relatively well, but then dumps Karen so matter-of-factly that it’s hysterical that he thinks every second that she’s going to slap him.

And speaking of hysterical, Joe then runs to Beck’s apartment. I don’t know where his apartment is, but if it’s anywhere near Mooney’s, then that’s 5 miles. But sure, he has big romcom moment, hollerin’ “You got me!” in the street outside her window. When that doesn’t get her attention, he tosses a rock. And promptly shatters one of her windows. She’s all in, too, and they make out on her stoop.

If Karen did take the breakup well, then it’s because even if she didn’t know about Joe and Beck, she suspected something. And there’s something else. She orchestrates a run-in with Beck on the street to thank her for the “get out of Joe free card.” You know, because now she won’t end up like Candace. And she sure hopes Beck doesn’t, either. 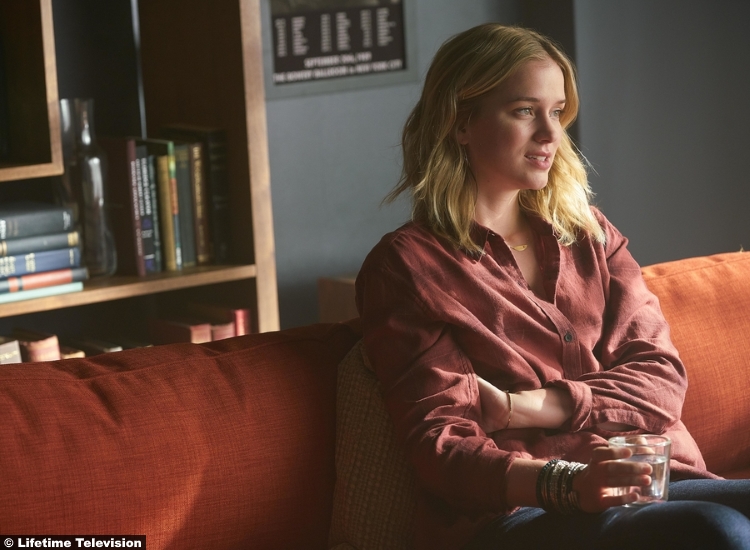 And sure it’s an ominous moment, but mostly I was just like, “Wait, how (and what) does she know about Candace?” Meanwhile, Beck is left dodging Joe’s incoming call.

Now that I’ve written it like that, it’s not so bad. What didn’t work for me and dragged down the rest of the episode was Claudia’s detox storyline. We barely know Claudia, so it just seemed strange to throw in this plot about her addiction recovery. It’s almost as if the storyline was grafted onto the episode from another show. Or as if the whole thing was just filler and a reason to reintroduce Ron into the picture. Truly, madly, deeply, I would have preferred spending that time with Blythe, listening to her talk about literally anything, because she is the amazing best.

7/10 – As I mentioned, without the detox storyline giving Karen something to do while Joe was cheating, the episode was pretty good. Unfortunately, I can’t edit that out, so I have to judge it as a whole. Still, the whole addiction thing does provide a nice parallel for the Joe/Beck relationship. They’re not full-fledged codependent, I’d say–I’m not a doctor–but there is a sharp tendency toward addiction there, like when Joe freaked out when he couldn’t stalk Beck on social media anymore. Even if–a big “if”–we excised all the stalking and murder (I said it was a big if), their relationship is toxic. But hey, like Karen said, addiction is a monster.