You S01E07 Review: Everythingship – The flirtation between Blythe and Ethan was absolutely fabulous!

One of the problems with Joe–and there are many–is that he can handle only the honeymoon phase of a relationship. Once things get tough, he’s flailing and at a loss. See, for example, how much it shakes him to find out that Beck–who has a pretty complicated relationship with her father that continues to hurt her, who was ghosted by her last paramour, and whose friend just committed suicide–is in therapy. BETRAYAL.

Given that Joe is actually responsible for two of those traumas, you might think that he’d be more understanding. But of course, we’ve gotten to know Joe a little bit, much better than Beck has, so it’s not exactly world-shaking news that he takes the completely ridiculous step of assuming that Beck is in loooove with “Dr. Nicky” (John Stamos).

So he, as “Paul,” starts seeing Dr. Nicky himself. This is, not on its face, the worst idea. Joe needs a therapist at the very least. But he’s couching his relationship with Beck in a world of fakery. According to Paul, he’s having issues in his relationship with Ronaldo, recently fired Beyonce backup dancer. So Paul has hired Ronaldo at his bar. 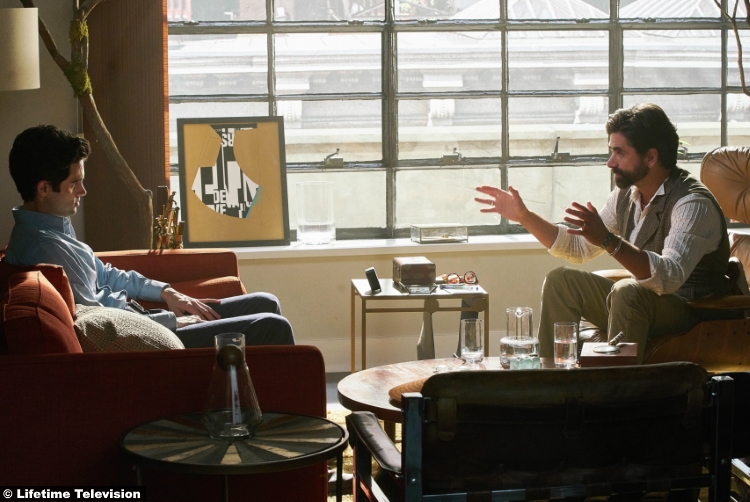 That’s right. After falling asleep during corpse pose–foreshadowing?–Beck is fired from the yoga studio. So brain genius Joe hires her at Mooney’s, where she is predictably the worst. Ethan, who is rapidly moving into the position of my favorite character, tells it straight–she’s always late, she’s irresponsible with the cash register, and she either doesn’t know how to stock books by genre or she’s just too lazy to do so.

Joe tries to take a firm hand with her, but this is why you shouldn’t work for or employ your significant other. He should be able to say that flexible hours doesn’t mean “show up when you feel like it,” but all he gets is whining in return. The flexible hours, by the way, are so that she has time for writing, but she’s not writing. Beck retorts with a classic writer’s excuse, “Thinking about writing is a part of the process!” 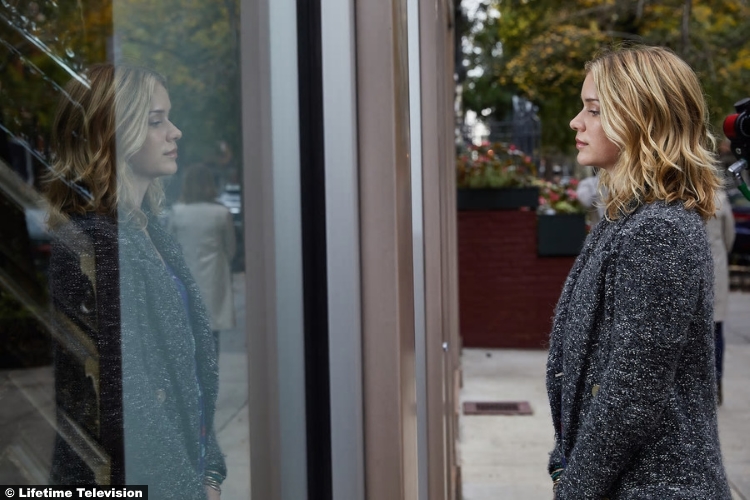 But the truth is, she’s going through a lot. And a supportive partner would recognize that, instead of immediately being threatened by therapy. Y’all know who Joe is, though.

They make up and Joe decides to throw a surprise party at Mooney’s for Beck’s birthday, despite the fact that she just wanted something chill and personal. She shows up late, reeking of rosé, and is rightly upset when Joe wants to see her phone. The hallucinatory interludes with Candace were onto something. This is a guy who suspects cheating around every corner.

But is he right this time? He just can’t let it go, so after they make up (again), he follows her when she says she’s going to class. Finally, the fact that Joe is actually a terrible stalker catches up with him, in that Beck catches up with him–she catches him following her. So she breaks up with him. 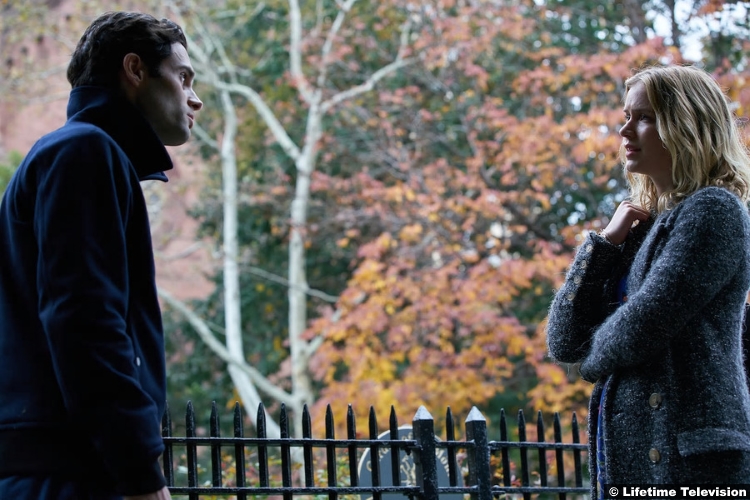 Joe is telling all this to Dr. Nicky, who points out that Joe both wants a beautiful romance and can’t help but be suspicious of his happiness at the same time. You know what could help with that? Therapy! So of course, Joe’s like, no thanks.

Besides, he’s too busy pocketing a letter opener so he can jimmy open Dr. Nicky’s office door and break into his not-very-well-protected patient files. The Beck sessions are pretty anti-climactic. She’s a mess right now and she just wants to get herself together without the distraction of a relationship. If I were to editorialize, I’d say “without the distraction of a needy partner.”

Some people say that the best way to get over someone is to get under someone else. So Joe does–the someone else being Claudia’s friend Karen (Natalie Paul). Guess Ethan’s speech about not getting messy with your personal life did not stick.

Candace apparently did, though, because she’s back to ask if Joe is going to leave Beck alone. “…or will she end up like me?”

6/10 – While the flirtation between Blythe and Ethan was absolutely fabulous, the rest of the episode was kind of boring. This show is at its best when it leans into its campier elements, so the turn toward almost-realistic relationship–I will not say “everythingship”–drama was a little disappointing.