Doctor Who S10E05: Oxygen – A lot of hot air in an episode that can’t meet its high aspirations

Five episodes in and I’m starting to notice a poorly established theme. Each threat in each episode has had one thing in common: a higher power has been responsible for the danger. Episode one was an unseen crew of aliens of a higher intelligence. Episode two corporately made robots. Episode three a racist upper class less than gentleman. Last week a landlord. This week the unseen suits of a capitalist organisation. Season ten has been the Doctor and Bill against “the man”, but this episode takes this theme overboard in an episode obsessed with the monetisation of oxygen and whittles it down to nothing more than hot air.

There are a lot of interesting aspects in Oxygen but sadly they are overshadowed by half-baked criticism against big business, something that the show flirted with in the Matt Smith led Rebel Flesh two-parter. Science fiction shows are a great platform to talk about the issues that affect our day to day lives, and capitalism is always a fertile topic, but unfortunately the episode, written by Jamie Mathieson, isn’t quite clever enough to say anything we don’t already know. It’s a shame as everything else in the episode is really quite interesting, even the somewhat silly consequence of the Doctor’s adventures. 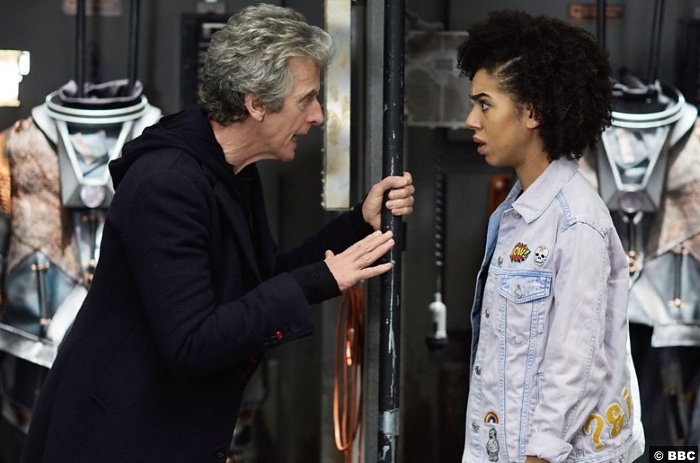 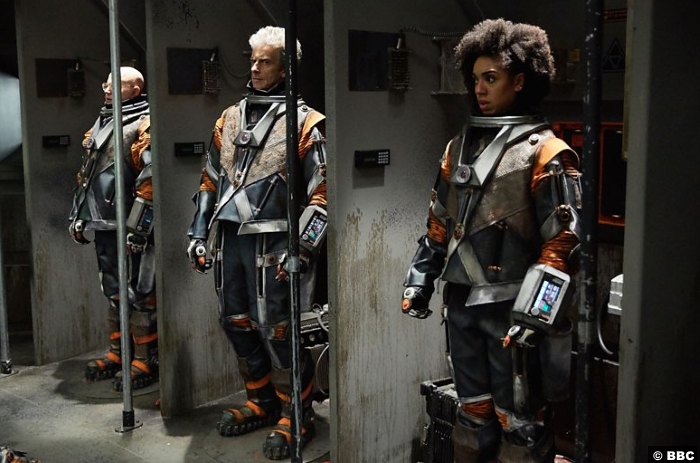 If you’re keeping track of your Doctor Who plot bingo then “base under attack” is the latest story that you can tick off, but the threat is a little too tied up in the episode’s problems to feel effective. Apart from last week, this episode continues season ten’s penchant for under-developed threats. What’s even worse is that there isn’t enough banter, even with the inclusion of Nardole, to distract from the thinness of the plot.

What does make Oxygen worth watching is the behaviour of the Doctor. Week by week we are finding out more about the nature of the vault and how the Doctor is connected to it. What we know is that the Doctor has sworn to guard whoever, or whatever is in the vault, to the extent that he has promised to stay on earth to contain this threat.

Speaking of the vault, allow me to take a small break from reviewing the episode to indulge in some vault speculation. Many believe the thing in the vault is John Simm’s version of the Master, which would be cool, and the Timelord-like symbols on the outside of the vault support this. I believe this is too simple. As there is someone else, someone who is entirely unexpected, that it could be that has such a connection with the Doctor. It could be his daughter, the daughter last seen in David Tennant’s era who rose again to have space adventures of her own.  I know that it’s unlikely that Steven Moffat would use a character from Russel the Davis era, but he has frequently reworked material from that era meaning that this is a definite possibility. This would be great for many reasons: it provides a deeper connection to the Doctor, something that is echoed in the pictures of lost loved ones on his desk, and there is a huge number of creative things that could be done to turn her to the darkside. Moffat loves villains with a good pedigree when it comes to the Doctor, and none would affect him more than his own daughter. Or it’s the Rani.

Back to the episode, which has all of the makings of a great Doctor Who episode but fumbles the execution. What the episode does right, and something that has been satisfactorily built up in previous episodes is the Doctor’s restlessness, which always leads to recklessness. Ther Doctor’s summation of his life’s motto, that you see the universe’s true self when it needs help, is a great way to highlight why the Doctor lives how he does. As much as Capaldi’s tenure has tried to undercut the character’s goodness with his callous streak this is the Doctor, this has always been the Doctor. He saves people, even if he is gruff while he does it. 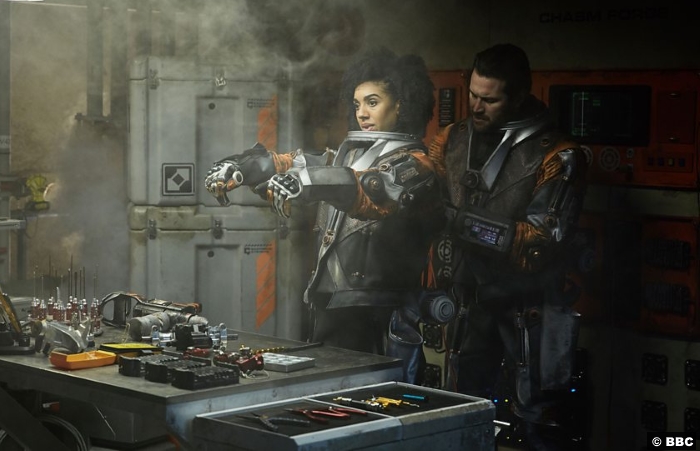 Now to what the episode does wrong. Oxygen has the honour of being the first episode to underwrite Bill. As much as Pearl Mackie is always great this is a forgettable episode for her. The same goes for Matt Lucas as Nardole, who continues to just say what’s happening in case we are all too slow on the uptake. Matt Lucas isn’t my favourite actor but he can imbue a role with enough personality, like he did with Nardole in his first appearance, but the potential of having a character that the Doctor must answer to is wasted. The same goes for the rest of the cast as none of them make less of an impression than the suits that are killing them. 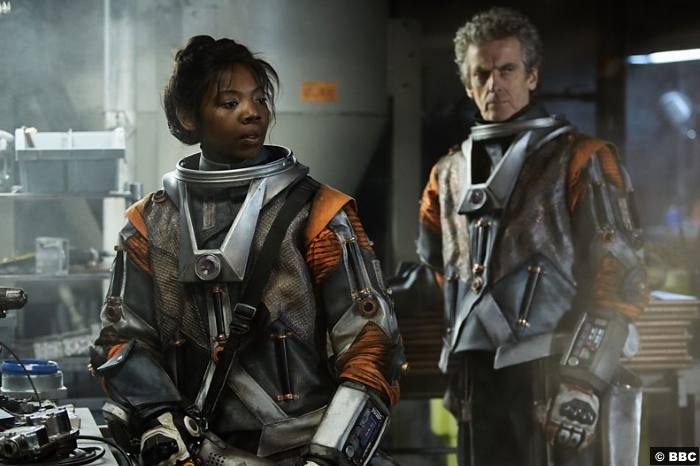 The threat is interesting but under baked. The effects work for the most part: a good mix of ropey and state of the art that has become Doctor Who’s house style. At the end of the day, the threat is silly, and not in the fun way of last week. It also didn’t help that the threat was effectively over as soon as Bill “died”. As soon as that happened any Who fan worth their salt would have realised that the suits didn’t work in the way we first thought. The revelation that the Doctor is still blind works as a consequence of the Doctor’s reckless actions but it is a bit to overwrought. That said, I am interested in how the show will use this turn of events next week.

5/10 – Oxygen is a good episode on paper but the execution was sloppy, with next to no characterisation to anyone other than the Doctor.