Doctor Who S10E09: Empress of Mars – Another mediocre outing fails to take advantage of a great set up, and the questions of morality it poses

Doctor Who season ten has been flawed to say the least. Out of the nine episodes broadcast so far only two of them: Thin Ice and Knock Knock have been excellent, while The Pilot and Extremis have been merely fine. But Extremis was three episodes ago, and since that deeply interesting, if not always entertaining outing, Doctor Who has been on a downward slide. The second and third parts of the Monks invasion are still the worst episodes of the season, so Empress of Mars is at least a slight improvement. It could have been a great story but writer Mark Gatiss shies away from the moral complexity that his script hints at with every turn.

The premise is pure Doctor Who magic and the opening reflects that. The Doctor, Bill, and Nardole take a trip to NASA for a nice day out and discover an area of Mars surface marked with “GOD SAVE THE QUEEN”. Curiosity piqued for both the characters and the audience the only option is to check out Mars. This opening is so charming in its simplicity. It marks out the episode as a lighter outing than the previous few weeks, showing that this is what the Doctor does on his days off: mainly sniff out trouble. 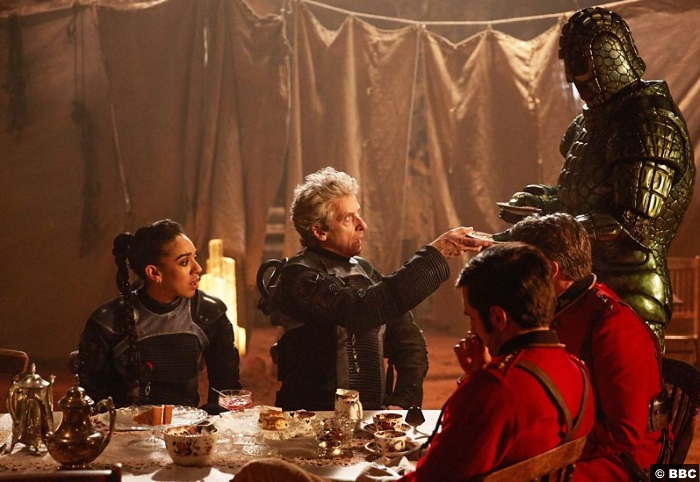 Once on Mars, in the 19th century no less, the trio discover a bunch of Red Coat soldiers of the British Empire who have been brought to Mars by an Ice Warrior. Again, this is a great premise for an episode with Gatiss playing with the past once again. There’s even an added element of danger as the Tardis, for a reason that isn’t explained within the episode, decides to leg it back to Earth with Nardole inside. With the Doctor and Bill now stuck on Mars the episode reaches its turning point. The Ice Warrior, who the British have named Friday, has used the soldiers to help him find and resurrect his ruler: The Ice Queen. With both the Ice Queen and the British soldiers feeling threatened by each other, Gatiss has an opportunity to comment on the invading nature of the British Empire. He even has the Doctor agonise about which side he should be on- given that the humans are the invaders here. Yet instead of investigating these themes of morality and loyalty further, the episode takes the easier route. From what could have been an excellent story, one that was set to underline the entire series theme about fighting oppression, Gatiss instead churns out a mostly underwhelming episode that feels like Doctor Who by the numbers.

There is a major missed opportunity here, something that the show has hinted at exploring throughout the season then only paying it lip service. The fact is, the Doctor is an advocate for peace, which means that he usually puts himself between armies, parties, or races that mean each other harm. Most of the time the Doctor is on the side of the humans, but through the opportunist Catchlove the humans become the aggressors. Much of the Ice Warrior’s aggression is purely retaliation, a need to defend their home. This is a typical situation for the Doctor to become involved in but he is rarely used in the episode to this extent. Both he and Bill are relegated to onlookers, and when Bill is given a chance to affect the situation she does a great job. Her advice, and her reasoning hits a nerve with the Ice Queen, but apart from that she and the Doctor have little effect. Apart from the end, in which the Doctor promises mutually assured destruction, in a probable nod to Gatiss first Ice Warrior episode “Cold War”, as he threatens to bury everyone in the cave. 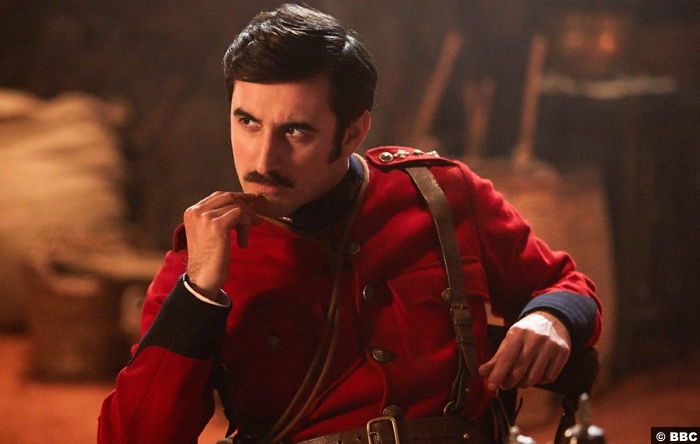 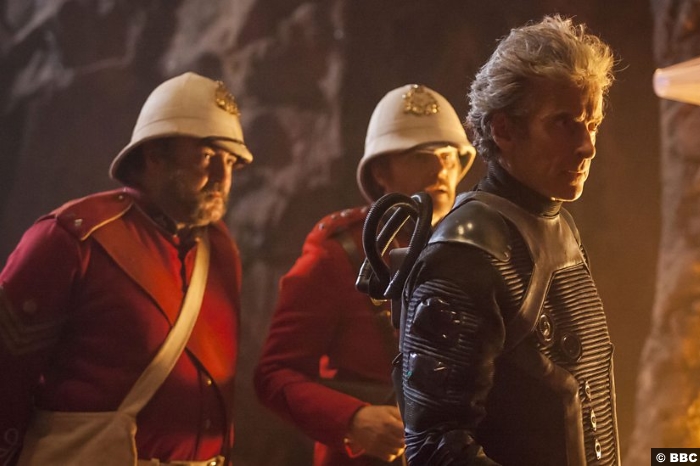 It’s obvious that Gatiss is much more interested in the British soldiers, with their era-appropriate sayings adding nothing but the fact that he has done his research, and the moral differences between the villainous Catchlove, and the cowardly Godsacre. Except the writing, and the performances of these characters lacks the nuance these themes deserve. Although, I realise that asking for nuance in a story set on a Mars populated with Ice Warriors may be asking a bit much.

So, the story is shallow, but what of the monsters? Well the Ice Warriors aren’t really the monsters here, despite how much the Ice Queen hisses, but what could have been a nice layer of moral ambiguity is undercut by the choice to make the Ice Warriors look more monstrous than the soldiers. As for Gatiss further update of this classic monster, Empress of Mars fails to utilise their narrative potential in the way that the superior Cold War did. 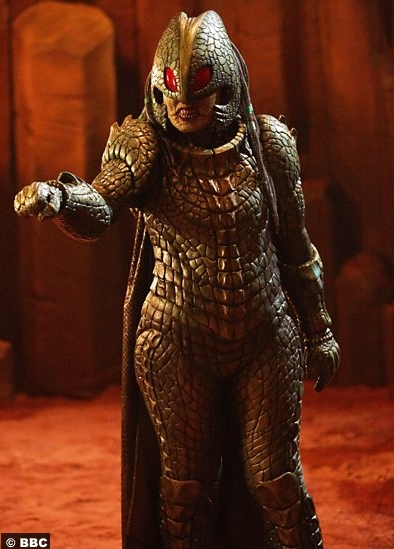 With so much criticism now comes my usual positives. After the terrible material of The Lie of the Land I’m happy to report that both Peter Capaldi and Pearl Mackie are back to their best. Too bad the episode doesn’t have much use for them apart from Bill’s funny references to films I would rather be watching.

5/10 – Hopefully this is the end of season ten’s sagging middle with Empress of Mars only being a slight improvement from last week’s stinker. The show needs to use both Bill and Missy more than this episode as we may have only five more episodes left with these characters. This is not the time to keep them in the background.