In the end, there are forces greater than ideology. Like money. And love. And revenge.

So here we are. They’ve killed Joe’s friends, they killed the woman he cared for, and they’ve scrambled his brains to the point where he doesn’t know which way’s up or down.

Anyway, forget all that I said about Marty being just a pawn. It turns out that after being marooned in the Middle East after her affair with Bob, Marty just stumbled onto the plot. She saw Elden and Sam meet, seduced Elden, and then used her access to him to gain access to the big secret. After seeing how easy it was, I honestly can’t understand how the plan made it this far. But it does reinforce my bias that a big chunk of the government couldn’t organize a flawless bake sale, much less a complicated conspiracy.

Joe finds all this out, by the way, after leaving Joubert at the crash site and meeting up with Mae. After the great work Kristen Hager has done this season, it was a shame that she kind of got shuffled to the side this episode. I hope that if she appears in the second season, they give her something more to do. 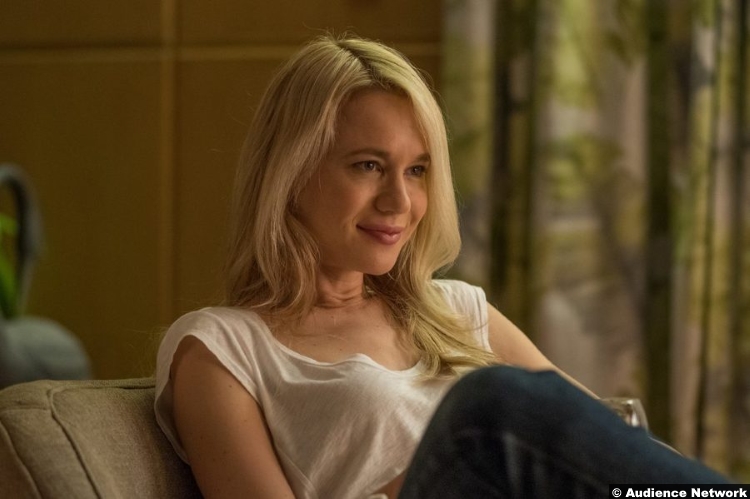 But it’s the same with Marty. Mira Sorvino can do more, but Marty was pretty much an afterthought the whole season until these last few episodes. If they’d bothered to build the groundwork, her reveal would have had more of an impact.

And while I’m talking about how the show wasted most of its female characters, I don’t even know if Sharla’s dead. I know the news reported a dead agent, but we never saw it for sure and TV and movies say it’s not real unless there’s a body. (And sometimes, not even then.)

The only woman (besides Mae) left standing in the final episode is, predictably, T-5000–I upgraded her–Joubert. When she Ubers home after the wreck and immediately kills an assassin in her kitchen, I laughed the same way I did when Tom Cruise does the 57th ridiculous stunt in Mission: Impossible. Like, so of course.

But as (my personal pick for) the best TV character of all time once said, “You come at the king, you best not miss.” You sent her an assassin after her and he failed, so now you have a bigger Joubert problem. That she immediately goes to Saudi Arabia and drops Deacon is a very “so, of course” moment.

And I like that it happens while Joe and Bob are arguing with Reuel over whether the plague plan can or should be stopped. I’m still not quite sure whether they actually paid her to stop it, but I don’t think it was necessary. Her honor was besmirched. And now I really want to see her and Killing Eve‘s Villanelle hang out. 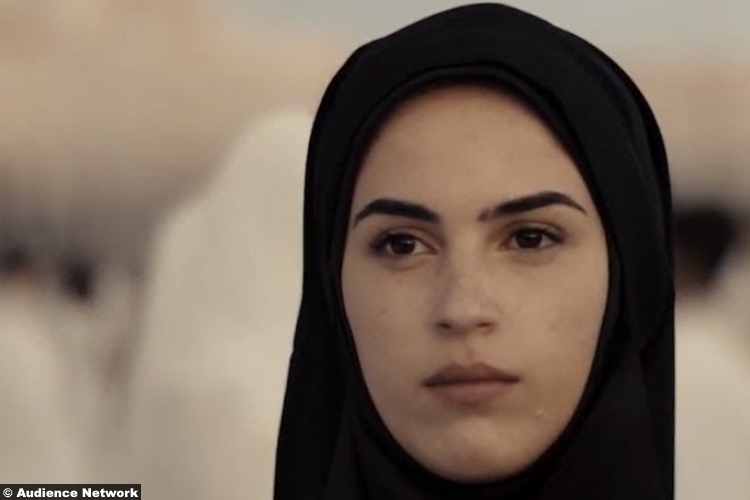 Speaking of the meeting at Company HQ, when Bob started calling for the director, I had a brief moment where I thought, Wouldn’t it be wild if it were Redford? I knew it probably wouldn’t be, but you know. Hope is a thing with feathers. (GASP. Like condors!) They never actually show the director, so they’ve still got that in their back pocket.

The Bob-Reuel conflict ends up being resolved, by the way, by Reuel being called away because of his wife. At first, I thought it would turn out to be a ruse, but I’m not sure if Joe would be that crass. But no, it turns out Melanie really is dead.

One year later and call me by your name because Joe is in Italy, living in a flat with way too much exposure for a guy in his situation. He has a new girlfriend now and I won’t insult your intelligence by ignoring that she’s basically Diet Kathy. He’s living a pretty charmed life, as far as we can see, but then that day Joubert warns him about comes. Someone comes looking for him.

Oh, it’s actually Joubert. She’s in a stunning cold-shoulder dress and she’s spying on Joe’s girlfriend. She’s not actually there for Joe, so making him Forrest Gump his way across the city is just mean. She’s just checkin’ in. It’s letting him know she can and also, I don’t think this is a gal with a lot of friends. It’s nice to hear a familiar voice sometimes.

With that resolved, Joe goes back to his main pursuit these days: tracking Reuel’s every move. And that’s where we’ll leave him until next season.

8/10 – First of all, I’d like to say that Max Irons really grew on me. It wasn’t that I disliked him, but I hadn’t seen enough of him to know what he could do and he really impressed me. As for the show, despite its fridging so many of its female characters, I thought this was a pretty good end to the season. It was a little too tidy sometimes–some viewers may have found Joubert’s quick resolution of the plague plan issue too pat–but hey, they’ve got another season. If they can fix some of the most glaring issues–the fridging, underdevelopment of characters, etc.–the second season can really soar. (I didn’t mean to make a condor pun, but it’s there and I’m going to let it fly. Again.) Anyway, great time, y’all, and thank you for reading. If you like Audience Network dramas starring UK actors pretending to be American, I’ll be back next week with season 2 of Mr. Mercedes.