Condor S01E02 Review: The Solution to All Problems – Worst date ever?

It used to be a lot easier to get away with things. You could pick up and disappear. Faking an identity was just as easy–most driver’s licenses were just a photo slapped to a card and then laminated, so anyone could make them. (In looking for examples of old licenses, I found Liberace’s, which like McLovin’s in Superbad, just says “Liberace.” One name.)*  My point is, you can’t really do that anymore. Not only do our driver’s licenses now come with fancy holograms, but we’re tracked so many places we go. 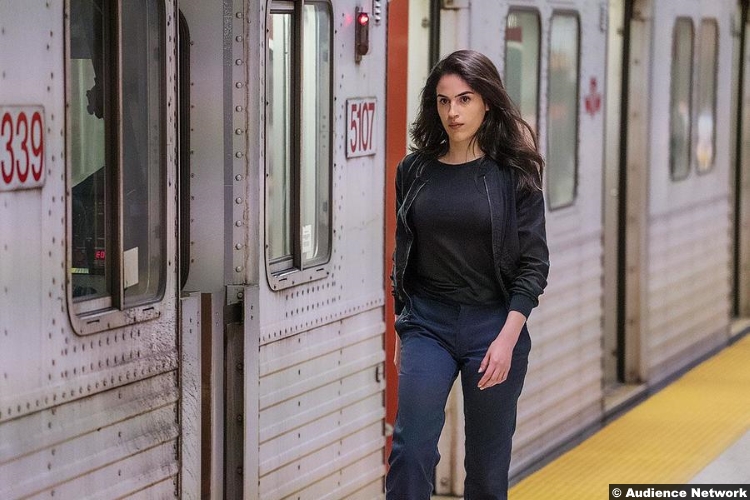 Whether it’s through GPS locators or surveillance cameras, it’s harder now to stay off the grid. So by the time the two assassins (Leem Lubany and Angel Bonanni) exit the analysts’ office (officially called IEP), they already have a lead on Joe. They’re able to track him through the Metro surveillance and follow him to the church where he holes up, where the priest hides him. There might be fewer ways to hide, but there is still some sanctuary.

Back at IEP, Bob is able to explain to the task force the Company has sent in that Joe was a would-be victim, not the perpetrator, so at least there’s that. At least he’s not wanted for mass murder. We learn an interesting fact about Joe in that conversation, by the way–that he’s had ties to “radical domestic terrorist groups.” Hmm. Like Earth First! or like militias?** He also gets Joe on the line and urges him to meet, so that Bob can bring him in. Joe agrees, but he knows he has to be cautious. 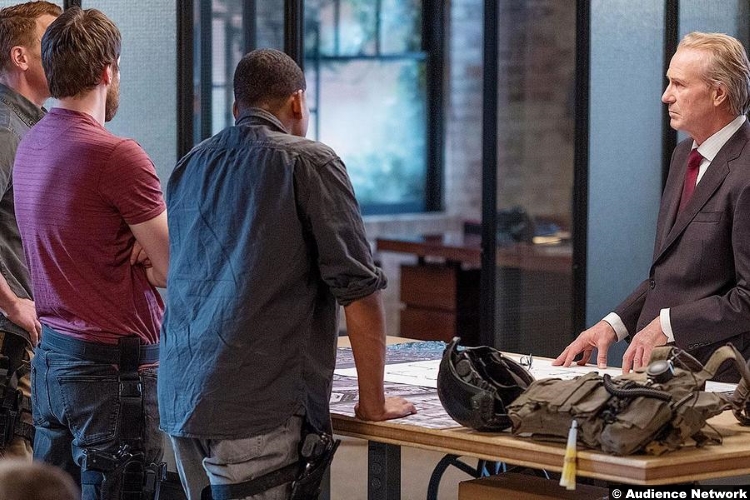 That’s because he really doesn’t know who he can trust. He can’t trust his longtime friend Sam (Kristoffer Polaha), because it turns out he’s in on it. Joe doesn’t know that. And Sam didn’t want Joe to die, but loose ends have to be tied. This week’s title is a reference, by the way, to a quote (probably misattributed) from Stalin: “Death is the solution to all problems. No man, no problem.” Again, Sam doesn’t want this–it’s making him literally sick–but he’s in too deep now.

He’s got Nathan Fowler at his back, after all. In a flashback, we see that Nathan used to be rather milquetoast. He did have some misplaced aggression against his Muslim coworkers after his brother was killed in Afghanistan, so his boss promoted him from managing home appliance sales to mercenary work. That is a weird company and career path, but sure. And I said this in the comments for the last episode, but I want to say it again–I flubbed Brendan Fraser’s name in the last review, which is a shame because he’s doing excellent work here. Fowler exudes menace without having yet raised his voice. 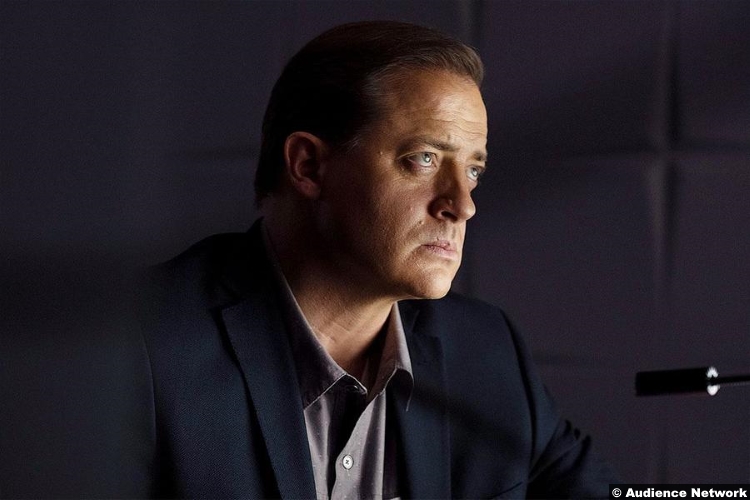 But even though he’s at Sam’s back, Sam can’t turn his back on his friend. So when the meet with Bob is crashed by the assassins, Sam shows up to get Joe. All he wants is for Joe to sit tight in a safe house for a few days while this all plays out. What he gets is a Joe-engineered car crash, followed by a fatal gun battle with the assassins. Joe was wearing a vest, so he just plays dead until they leave.

What he doesn’t know yet is what Bob returns to the IEP offices to learn: the story of the Georgetown massacre has gone wide and the media is naming Joe as the suspect. Welp, there goes that. As formerly retired investigator Marty (Mira Sorvino) tells Bob, they’re drawing the net tighter so Joe has nowhere to run but back to them.

Oh, but he does have somewhere to run. At the urging of Sam and his wife last episode, Joe set up a Tinder date with Kathy (Katherine Cunningham). She’s confused when she shows up at her house, but she’s willing to go with it. That is until they both see the news reports. He just wants time and space to think. Kathy probably would like the same, but instead, she’s lying on her bed in the dark being spooned by a mass murder suspect. Worst date ever.

8/10 – Sam alluded to the greater plan at work here–the “terrible but brilliant” plan from the show’s promotion–so what do y’all think that is? I mean, obviously it seems to involve a pandemic, but to what end? Anyway, the scenes with Kathy were the most interesting to me (as well as the most uncomfortable to watch), because she’s got to take a giant leap of faith here. She doesn’t really know this man from Adam, so how does she know he didn’t up and slaughter his whole office? We know he didn’t do that, obviously, but there is something buried in his past. The reference to the terrorist groups and his old arrest record, as well as Bob’s funny look when the task force bro said Joe didn’t have “kinetic training” all add up to…something. Lemme start building an evidence wall and we’ll figure it out.

*You can see those here.

**I’m definitely on a list now. (The FBI agent watching me through my webcam: NOW?!)