It seems like the show listened to your comments last week before making this episode. Because after poor Kathy comes to, he tells her that the burst of violence toward her isn’t really who he is. But…can she trust that? She doesn’t really have much to go on?

(Note: Apologies for the lateness. I had some power and satellite issues. Is it because I’m getting too close to the truth? No, absolutely not–there was a thunderstorm.) 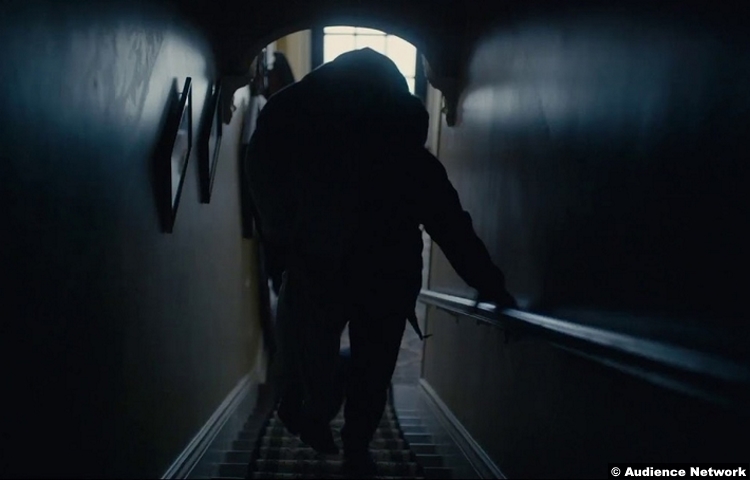 After Joe gets the call that Kathy’s house is about to be raided, he bundles her unconscious body and hauls her to a neighbor’s house. The neighbor is out of town, so they’ve got a little time. And thankfully, no one at the task force at Kathy’s house notices the note on her fridge reminding her to feed the neighbor’s cat.

It’s a bit surprising they don’t, considering they’re moving around like they live here. But after a while, they go back to IEP, where Marty suspects that someone there tipped off Joe. They know that Kathy’s phone received a call from a burner just before the task force burst in and there were signs of a hasty exit in the kitchen.

The obvious suspect is, of course, Bob. He meets with Reuel in a diner in an excellent scene where their conversation is very spy vs. spy. Bob barely gets out of there in time to warn Sharla to ditch her burner. 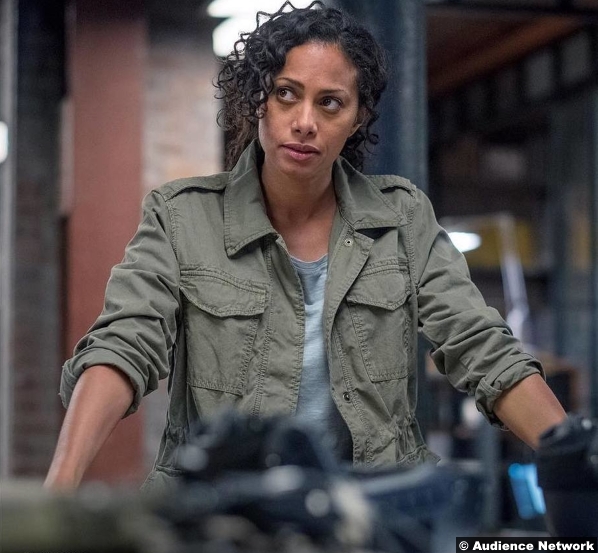 That’s because Marty’s having the task force members searched for extra phones. Sharla somehow manages to affix the phone to the underside of the table just using chewing gum. And no one’s the wiser.

So while the Company is circling around the truth, Joe circles around his past. He lets Kathy go, but she comes back. A part of her believes him. So he rewards her loyalty with a story about his past.

Joe used to be a student at MIT and he lived with his girlfriend Janice (Melissa O’Neil) and their roommate Caleb Wolfe (Dalmar Abuzeid). Joe and Janice had a seemingly pretty good relationship, until one fateful Thanksgiving when they visited Uncle Bob and Aunt Lily. Uncle Bob not only tries to recruit Joe for the CIA, but he also tells him that oh, btw, your dad was also an agent. That whole thing where he was a professor in Beirut? That was a cover.

It’s a bit much for Joe to take in and he’s very snappy about it on the drive home. (Meanwhile, I can’t concentrate, thinking about how underdressed they are for November in Massachusetts.) He finally explodes on both Janice and Caleb, the latter of which is working on a program to reveal faculty salaries. (Sidenote: It sounded like he said he was going to DDOS it, which makes no sense.) Joe doesn’t get the point. He wants to make a real difference, man.

That discussion turns out to be moot, though, because the fuzz busts in at that moment. I’m not sure what the charges are supposed to be–it’s obviously related to Caleb’s naughtiness–but it’s all a big set-up so Bob can swoop in and rescue Joe. 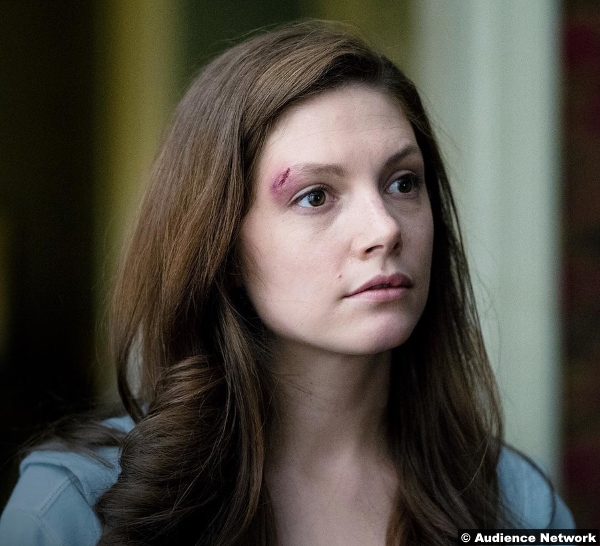 And that’s how Joe lost Janice. As for Caleb, he’s now a well-known information activist. And boy, does he have some information he wants to be free. In a tape he releases to the media, he says that no, a bunch of wunderkinder weren’t just holed up at some random analytics company no one’s ever heard of. He outs them all as CIA agents and suggests there’s way more to the shootings than previously reported. It looks like Joe’s got another person on his side.

8/10 – After Joe’s seeming inaction in the last episode, it was nice to see him doing something, even if it’s just fireman-carrying a woman through the streets of Georgetown. Max Irons did really well this episode, as he conveyed a variety of emotions–everything from fear to hope. I also liked the way the exposition about his past was done–it was smoothly blended. And that scene with Bob Balaban and William Hurt at the diner–so good.

Note: Condor will not be on next week–the next episode will air in two weeks.