Condor S01E05 Review: A Diamond with a Flaw – Full of classic spy intrigue

It’s a real spy vs. spy episode this week, as no one is really sure who they can trust. But at least Joe and Kathy are trusting each other now.

After seeing Caleb’s video, Joe decides that he needs to get in touch with him. It’s not a great plan, but it’s the only one he has right now. But of course, it comes with a bunch of problems.

Besides the obvious–the serious danger–he has to have a way to get in touch with Caleb. The easiest answer is through Janice. So Kathy makes the executive decision that she’ll go buy a burner. And she does, wearing the most conspicuous outfit in the county. I mean, this is an outfit that says, “I’m hiding something”: a trench coat paired with a scarf and sunglasses like she’s on the Riviera. 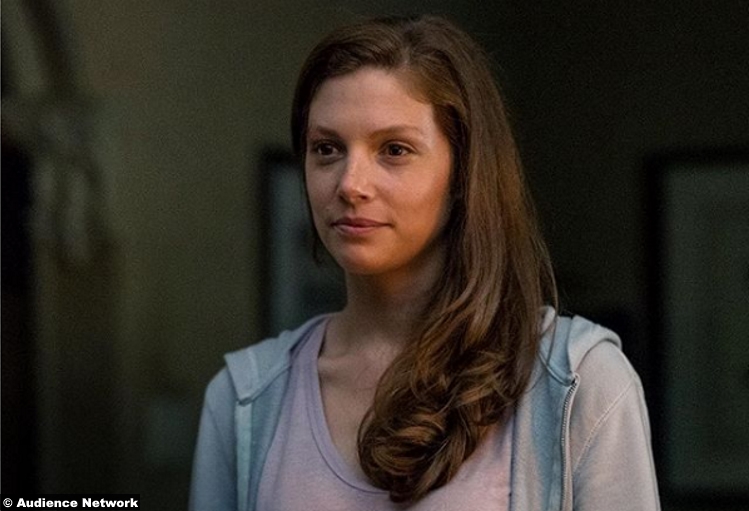 Her purchase is complicated when the cashier insists on seeing ID (because of “terrorism”), but she shows him the cut she sustained when she and Joe tussled that one time and tells him she’s fleeing her husband. He sells her the phone.

And after all that, Janice first claims she doesn’t know how to get in touch with Caleb. She does set something up, though. Meanwhile, Gabrielle waits outside Janice’s home, where she’s joined by Bob. Their stakeout is ultimately fruitless, in that Joe doesn’t show, but we do find out that Bob knows a lot more about Gabrielle than he was letting on. What he doesn’t know, though, is why she’s working for the US or who exactly she serves. 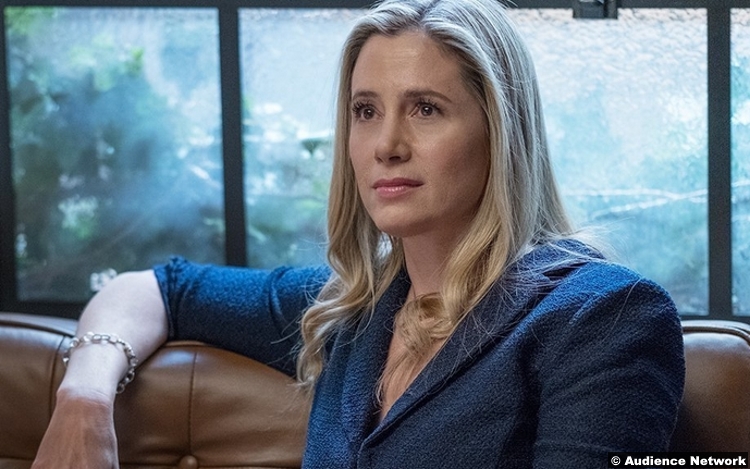 Marty is also suspicious this week, calling Sharla into her office to interrogate her–softly–about why she’s on this task force when her background in the FBI doesn’t show any related work. Sharla is very cool in this scene, so like a cucumber that I believed her and I know she’s lying. (She made up some fluff about wanting to challenge herself, climb new mountains, seize the day, etc.)

Despite her chill exterior, though, Sharla is not doing well. She manages to say something nice to Sarah’s parents at the impromptu vigil that’s sprung up outside IEP, but she can’t find the strength to stay. Instead, she goes to an AA meeting, but it doesn’t do her any good, because she follows that up with tequila shots at her old bar. Then she follows THAT with a bathroom tryst with a stranger, whom she stops kissing and starts kicking. 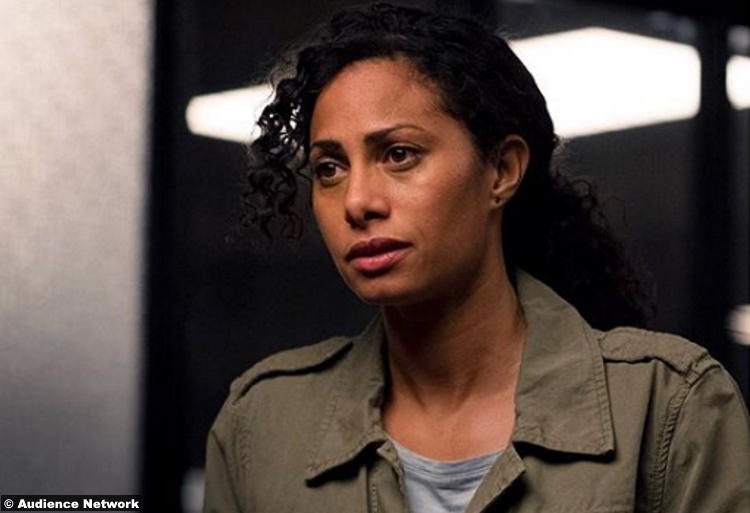 Then it’s Joe’s turn to go out into the world and he’s almost as bad at being inconspicuous as Kathy. Look, man, if you’re trying to look casual in public, then don’t wear a baseball cap–the TV and movie symbol for “I don’t want to be noticed”–and duck down every time it looks like someone’s going to make eye contact with you.

After all, as we know, it doesn’t matter because we have so many eyes on us already. And speaking of, over in ye olde Saudi Arabia, Nathan’s mysterious plan is kicked into gear. It’s a lot of surveillance and a lot of cloak and dagger for what essentially amounts to “They poisoned a guy.” Or infected him, really. The bigger picture here is still foggy, but I think the gist is this guy (Abu-Saeed?) is their very own Typhoid Mary and he’s going to infect other people. Whether this is a test run or the real thing remains to be seen.

Instead of meeting Janice in the park where she waits–legend has it, she’s still waiting to this day–Joe parks himself in a sparsely furnished dump. But when a shadow appears under the door, it’s not Caleb. It’s some guy who claims to be there on Caleb’s behalf. Let’s call him Fred. After convincing Joe enough that he knows Caleb, Fred strip-searches Joe. Then he tells him that he’ll take him to Caleb, but Joe has to be sedated first. When Joe balks, Fred says that’s okay, but Joe has to wear a hood in the vehicle. Seems fair. That is, until Fred chloroforms Joe. And then Joe comes to, in an even filthier dump, where he’s locked into a cell. Your plan worked perfectly!

8/10 – Like I said at the beginning, this episode was full of classic spy intrigue. As such, it crackled with energy and was maybe the most fun episode to date. Uh, except for the Sharla stuff. Ma’am, I’m concerned. The scenes with Bob and Gabrielle were the highlight for me this week, especially Bob’s bemused rendition of Gabrielle’s record. She’s a wild one.