At some point, Joe was always going to need extra help. He still seems to have Bob on his side and he inadvertently has Kathy, but two men and a reluctant woman can’t fight this fight. They need backup.

Bob is in a better position to get that help, so that’s what he does, planting Sharla (Christina Marie Moses) in the IEP office, which is still functioning as HQ for the Find Joe Turner operation. Not only is she an FBI agent, but she was also romantically involved with one of Joe’s late coworkers. Specifically, the one who was smoking on the fire escape with him. 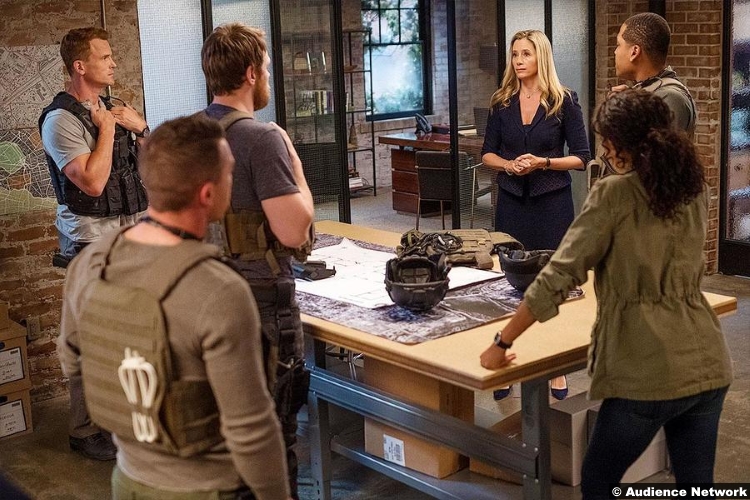 She’s told to report to the IEP office and she does and then a cell phone in her bag starts ringing while she’s working. It’s Bob and he tells her that he personally placed her in the office and erased any mention of her romantic history from her file. He picked her because he knows she’s personally invested in solving this and oh, by the way, Joe didn’t do it so could you, you know, keep an eye out?

It’s a lot to take in and that’s not even talking about how implausible this whole scene is. Sharla walks into IEP, is apparently not screened for security at any point, and no one in this top-level task force ever seems to notice how squirrelly she’s acting. I mean, she has a whole phone conversation like, a foot away from a task force dude. 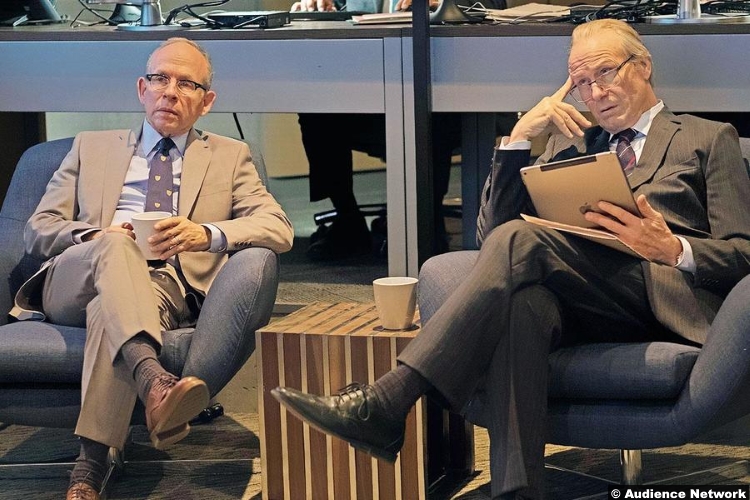 But then again, they’re not great with the phones as a whole. The one dude on the task force who speaks, Boyd (Gabriel Hogan), shows Sharla how they’ve cracked Joe’s phone. He explains that they have it because employees had to log their phones when they came into work. She’s like, so he shot the security guard and then turned in his phone to him?

Sharla is clearly conflicted, though, about Joe’s culpability. So when she sees through Tinder that Joe’s had recent contact with Kathy, she doesn’t keep it to herself. As Kathy isn’t in Joe’s contact info, it’s a solid logical leap to make that he’d go there. 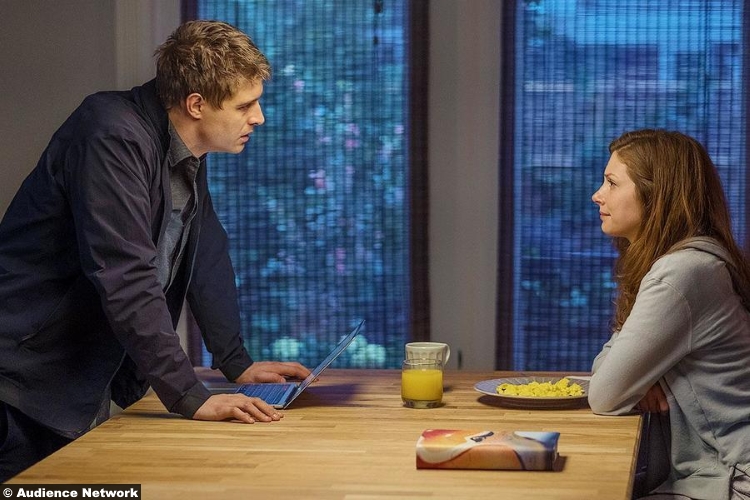 And well, he’s there, as we know. But Sharla doesn’t share that with just the task force; she also tells Bob. And then he tells Joe, who tells Kathy, who blankets Joe’s face with pepper spray. In the ensuing struggle, Kathy’s knocked out and that’s the last we see of her or Joe this episode (you know they’re fine).

Meanwhile, Gabrielle Joubert, the female assassin, is forcing a hacker character straight from central casting to trace Joe. Joe is using VPNs and whatnot to bounce his location all over DC, but the plot allows the hacker to pinpoint him at some point because Joubert gets the location.

So the task force arrives at Kathy’s and meets Joubert, coming down the stairs. She IDs as a federal agent and explains the place was empty when she got there. It would all be funny if, you know, they weren’t all coming after Joe with intentions to “pull his plug.”

And again, if it weren’t for the implausibility factor. No one, at any point, asks like, “Ma’am, what are you doing here? How’d you know to come here?” That would be at least my second/third questions. Unless they just sent word of this little operation out over the wires and asked for all hands on deck. But they didn’t, because no one else is there.

So while they’re not understanding Tinder and recreating that stolen identity Spider-Man meme, the CIA is busy questioning Sam’s widow Mae (Kristen Hager), because they’re apparently convinced she knows more about her husband’s secret…secrets. I don’t think she does, but who knows? Hardly anything in this episode is making any sense to me.

And speaking of, that includes the final scene, where Deacon, the male assassin, flies into Riyadh and then swaps clothes with a dude in the airport restroom, as you do. He strolls out confidently, clad in a thawb and keffiyeh, and I’m like, you know we can still see your face, right?

7/10 – This wasn’t a bad episode, per se, but nothing really happened and not a whole lot made sense. This was mostly a table-setting episode, which is fine. It’s not a thrill-a-minute–again, also fine–but they’ve could have done more with it, especially the implausible parts. The best parts were the peaks into the characters’ lives. We didn’t get any great backstory for Joe, but we did get hints of Deacon’s past, which I guess is kind of intriguing, and a look into Nathan’s life, which is interesting. Particularly good were the scenes with his daughter, who’s worried about the plague talk on the news. He reassures her with the fact that her great-grandfather built a bomb shelter in the backyard. Yeah, I bet he did.