Legion S02E09: Chapter 17 – With the endgame in sight, Legion takes another detour

Chapter 16 was Legion’s most ponderous episode. It spent 45 minutes on about 30 minutes of story, and it really showed. For this week’s Chapter 17, I was hoping that the show regained some narrative focus. Alas, wrong again. At the very least, this episode is a lot more interesting than last week’s: mainly due to the fact that it focused on characters and story-lines that haven’t got the attention they deserved throughout the season. While my expectations were not met, I quickly re-calibrated them (which is easy with a show as unpredictable as Legion) to the point where I really enjoyed this episode.

That being said, much like Westworld (which also had a detour episode this week), Legion has a problem in that its narratives could stand to be a tad more streamlined. This problem only concerns season two, considering season one never pretended to be anything other than the mad-cap David Haller hour. I’ve enjoyed the deeper dive into Legion’s supporting cast this year. But there was a key character missing: Melanie Bird. While Melanie isn’t anyone’s idea of a Poochie character (whenever Melanie’s not onscreen, all the other characters should be asking ‘Where’s Melanie?), she is still an important part of the show for strangely ironic reasons.

In season one, Melanie was a goal orientated character. These goals were, find David, teach David to control his powers, use him in the coming war, and hope that he is powerful enough to bring Oliver back from the astral plane. Three out of four of these goals were achieved, but it was all undone by the nature of David’s powers. It was fairly late in the game in season one before anyone believed that David’s psyche was turned into a haunted house by the Shadow King. The Shadow King was the fly in the ointment that caused, with David’s help, Summerland and Division 3 to put their differences and plans of war aside to take him on. What was worse is that Syd’s choice to take Farouk into herself (which he orchestrated using Lenny’s face), before David could destroy him meant that Farouk found a convenient host body in the recently revived Oliver to make his escape. 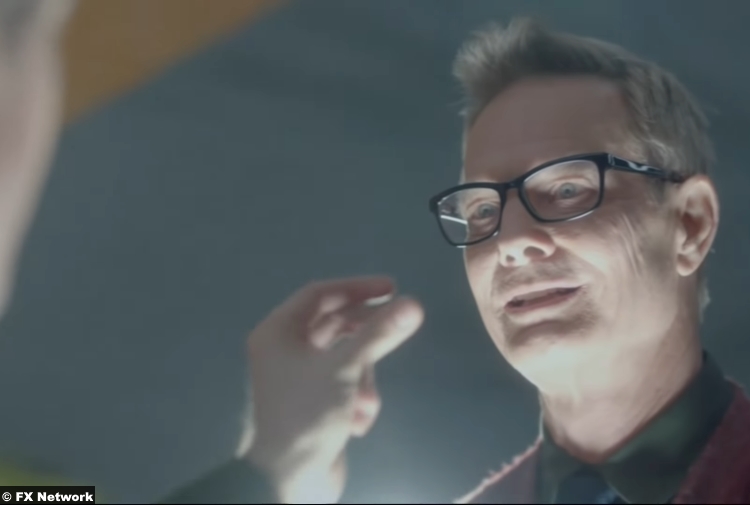 To make matters worse, David, who is the only one capable of tracking Farouk, was abducted by Future Syd’s floating sphere and didn’t return for a year, which also meant that Oliver was lost to Melanie for the same time that David was lost to Syd. What I’ve just described is the kind of shot luck that would make anyone want to slide into depression like Melanie has. All of her plans and hopes failed and there was nothing she could do about it. In response to this, Melanie has been sitting in her room and getting high while wondering if she is or isn’t the delusion of someone else. Considering the fact that Melanie was the loudest voice in the opinion that David was powerful instead of mentally ill, Melanie looks a lot like David did before he went to Clockworks.

All of which culminates at the end of last week’s episode, which I didn’t even mention in my review because I had stopped caring about Melanie. Chapter 17 goes a long way to making me care once again. Melanie’s contribution to the plot is small: she takes out Clark and tells Farouk that David is coming alone. What’s interesting about this, just from a plot point of view, is that Farouk has no idea that Syd is coming as well. The rest of the time spent with Melanie is about filling in her character, showing how the further loss of Oliver has broken her decades-long resistance and left her a bitter old drug addict. The scenes she shares with Oliver, who is being used by Farouk as a sexy New Zealander honey trap, are quietly devastating. Jean Smart is tremendous here, giving us anger, regret, confusion, and desperation all while Melanie is high as a kite. Even if she hasn’t been a huge part of season two, Jean Smart’s skillful performance has made what little we have seen of Melanie count. 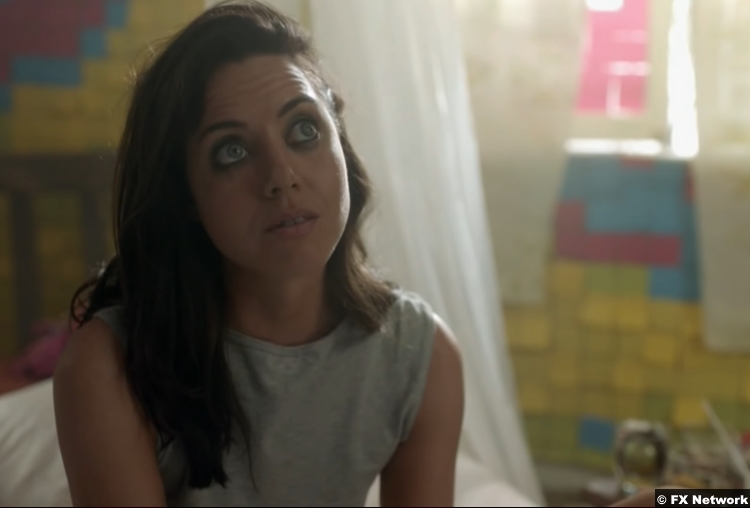 David’s plan is beginning to take shape as Cary and Kerry have flashes of instructions to bring a weapon and a blue car to the blue octopus sign. The car and the weapon are for Lenny, who may be having a stranger time than Melanie. It seems that Amy isn’t as dead as we first thought. There are three possibilities that explain Amy’s haunting of Lenny. One, this is the work of Farouk in one last act to terrorize Lenny as well as Lenny’s continued existence in Amy’s body terrorizes David. Two, It’s David projecting Amy into Lenny’s head to make sure Lenny does the right thing by coming to the desert with a very big rifle. Three, Amy is still somewhere in there and she is exerting the only option she has by making Lenny keep her promise to help David. I’m going to go with option three, mainly because option one is so brutal in practice, and option two is only a little less sick than option one. Either way, it’s good to have Amy influencing Lenny in this way, mainly because the combination of Aubrey Plaza and Katie Aselton is an intriguing one.

8/10 – I still wish that Legion would get a move on, but Chapter 17’s focus on the side characters goes a long way to making Legion feel more like an ensemble.