Season two of Legion is trying to find a balance between comic book heroics and a wider study of the show’s supporting cast. Last week saw the outbreak of the virus and David battling against it by solving the figurative, personalized psychological maze that has trapped the people in Division 3. This led to a much-needed deep dive into the minds of Legion’s supporting cast as David and Cary worked to free Ptonomy and Melanie from their maze. The episode ended with just David entering Syd’s mind seconds after the Monk committed suicide.

One of the criticisms frequently brought up by Legion’s naysayers, and some of the fans was that David’s romantic relationship with Syd was half-baked. After re-watching season one, I was one of the people that believed that this love story was missing a few key components. Syd has been completely defined by her relationship with David up to this point, actually, the whole cast fitted snugly into this category before last week. It seems like Noah Hawley and his writing team noticed this when planning the second season as Legion has spent far less time in David’s mind by using his unique abilities to become an audience surrogate. It’s safe to say that the show sometimes leans into the structure of what JJ Abrams coined as the mystery box, with the Shadow King and his power over David was teased out throughout the first season. Season two has found a way to use the mystery box less as a structure, but as a way to explore the rest of the characters along with David. 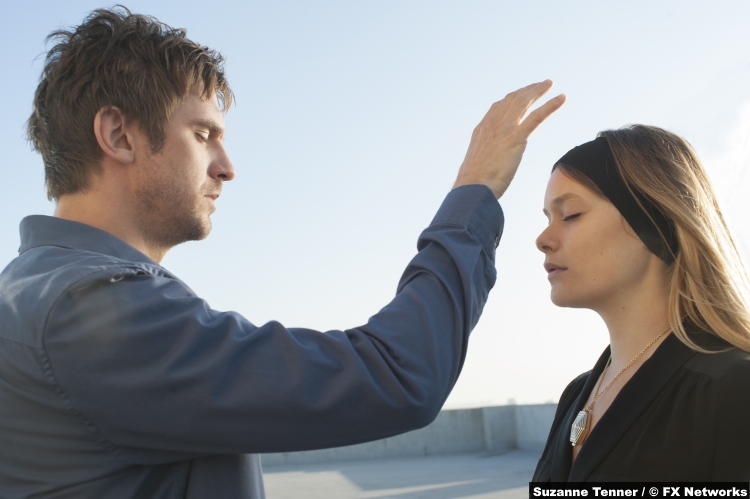 After watching both Chapter 11 and 12, the full cast of Legion is becoming more solid in our minds, and no one has benefited from this more than Syd. Chapter 12 reverses the roles of David and Syd from season one, finally giving Syd the attention she deserves. David had misgivings about what Syd might learn about the kind of person that David used to be, but Syd has no reservations on that front. Instead, Syd uses this opportunity to teach David a lesson that he sorely needs.

The episode has a structure reminiscent of Westworld’s closed loop narrative. Syd shows David the experiences that made her the person she is now, while leaving David to figure out what it is she is trying to tell him. David and the audience are in the same position here: we go through the parts of Syd’s life that formed the person that David has fallen in love with. The episode doesn’t lead us to the trite realization that love conquers all. Instead, it’s about the damage that Syd has suffered because of how her powers have shaped her life.

Legion is the kind of genre show that believes that powers are as much a burden as they are a gift. Ptonomy may have the power of total recall, he remembers being in the womb after all, but he can also remember every tiny detail of the moment his mother died unloading the dishwasher. Cary and Kerry have a symbiotic bond but it has become a crutch that they are afraid of losing. Oliver’s powers led him to be stuck in the astral plane for over two decades and that was before the Shadow King used him as an escape route. Syd’s power is the opposite of David’s. Where David’s mind became a haunted house thanks to the Shadow King’s influence, Syd’s problem is that her physical power has stopped her from making the kind of connections that normal people take for granted. 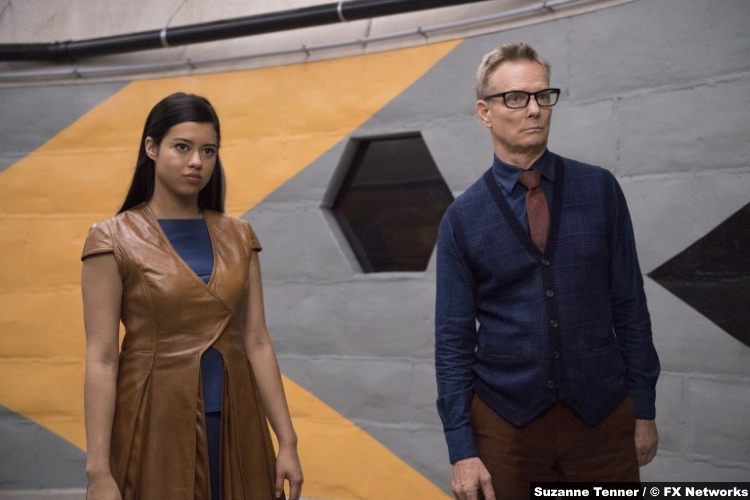 We’ve heard Syd reveal some of this to David before, but it’s nothing compared to actually seeing it. Syd’s life is one of isolation as her powers mean that physical contact is off the table. We see her birth and her adolescence with a mother (played by American Horror Story’s Lily Rabe) who, as Syd remembers, only talks to other people. David tries and fails over an over because he is looking for easy answers and the fact that he still thinks he is in Syd’s maze. Syd shows a little more to David each time: moments of self-harm, trying on the coats of her mother’s friends as if she imagines transforming into someone else, and a horrifying attack on the girls that tormented her by using the body of the boy who is forcing himself on her to do it. Unlike David, Syd isn’t ashamed of these memories, even the one in which she changed into her mother’s body to have sex with her mother’s boyfriend. These are awful things, but they are understandable as we and David empathize with Syd’s desires.

Syd’s point is a simple one: that love isn’t how they will win the day. They have to be warriors: people that take their mistakes, their emotional baggage, and their figurative and physical scars, they have to be survivors. Anyone who has suffered from trauma and mental illness knows that living with it a day at a time is how they survive. We all have done things we regret, some that baffle us in hindsight, but that’s just part of living. Syd accepts this and, with a little help, so does David.

9/10 – While I’m pumped for the return of Lenny, Legion has excelled at these smaller character studies, and I hope that this isn’t the last.