Well, it had to happen sometime. Despite my glowing praise for Legion, it was inevitable that the show would have an episode that disappointed me. Chapter 16 feels like part of a bigger story except it doesn’t have enough plot to fill 45 minutes. It doesn’t matter if an episode of television is well made (Chapter 16 is full of gorgeous shots and montages) if the end result leaves you feeling frustrated. There is a lot of tantalizing set-up here, but the lack of payoff made watching it feel like I was searching the desert for a point that kept moving out of reach.

Season two of Legion has a bit of a problem when it comes to the season-long plot. Chapter 16 opens with Syd reminding David that the Monk, who was seemingly the only hope of finding the Shadow King’s body, was dead. It feels like a long time since this the Monk dived head first off the roof of Division 3, mainly because it has been. The ironic part is that Legion’s renewed effort to fill in its characters, while also spending an entire episode in David’s grief-addled mind, not to mention the insanity chickens, has become a distraction from this season’s main plot. At the heart of it, Chapter 16 is about setting up the final act of season two. Thanks to Farouk killing Amy to bring Lenny back to life, any option of a truce is now invalid. Which means that the timeline containing future-Syd is right on course: meaning that the world is still going to end. 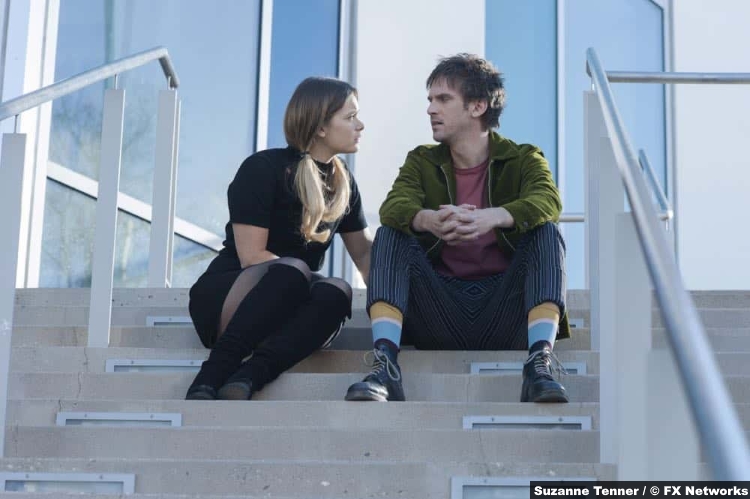 Despite the fact that the world probably won’t end (though if it does, it would be a ballsy move going into season three) Future-Syd’ continuing presence suggests that everything is still on course for disaster. The question is, will David kill Farouk? He knows that by doing this he may damn the human race, albeit indirectly since future-Syd has kept David from realizing that he is the one who destroys everything. Our knowledge of this should make David’s plan to kill, as he puts it, the monster feels like forward momentum, that is until he and Syd get lost in the desert. 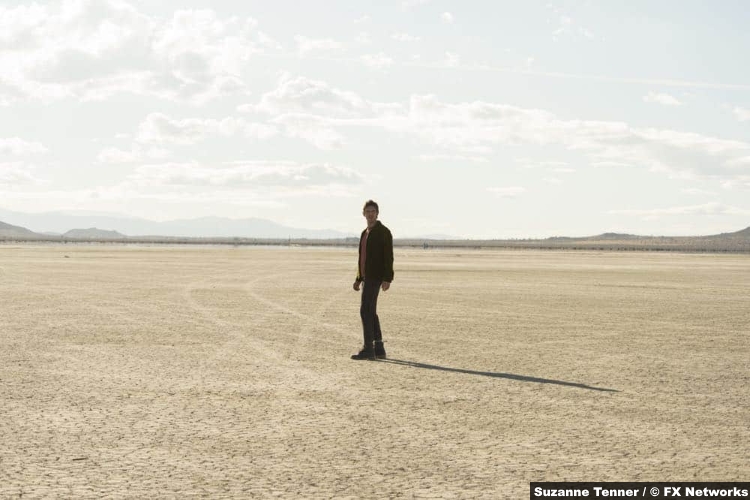 They have to get there first, which is how we find out that the Monk isn’t as dead as we thought. While exploring his new home, Ptonomy begins to hack into the facts and secrets contained within the hard drive. While there he see’s the recruitment of Fukuyama as a child by the Division 3 boss that the Shadow King murdered in season one. From there, Ptonomy begins exploring the darker corners of the hard drive only to find that the Monk is trapped in the symbolic janitor cupboard. This allows Ptonomy to get the information that David needs, the true location of Farouk’s body. At the same time Farouk, working off a tip given to him by future-Syd, to call upon an old acquaintance, who tells him the location in return for an endless daydream. 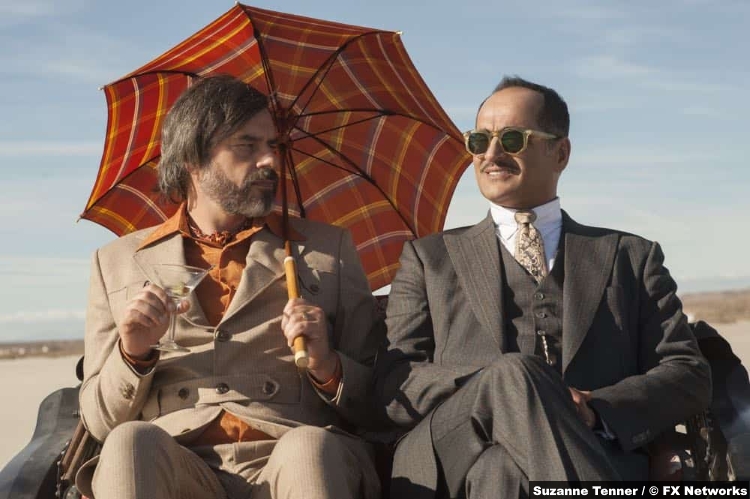 From here on in it’s a case of hot pursuit as David and Farouk are trying to beat each other to the site of Farouk’s physical body. David thinks he has an ingenious plan to outsmart or take on Farouk as we literally see him setting the stage with his scale model landscape and markers where each of his friends, including Lenny, can back him up. Tellingly, Syd isn’t part of the plan. It’s not hard to guess what motivated David in making this decision. Since he is clearly the hero, or at least he thinks he could be, David falls into the trap of men who completely invalidate their girlfriends, or wives’ agency because of the argument that sounds like this: “if anything ever happened to you I don’t know what I would do”.  Again, not surprising considering that future-Syd is missing her damn arm. His reasons for this are understandable, but it’s still sexist bullshit. Syd has already proven that she can handle herself in a fight, which makes her cool as fuck parachute entrance an awesome sight, a sight that is immediately bettered when Syd starts kicking David’s ass. I don’t condone violence of any kind, especially in romantic relationships, but it was a little satisfying for Syd to tell David to get his head in the game. Syd is a resource in these heightened scenarios.

Unfortunately, after Syd drops in the episode dies. It’s clear that timing is everything, and David seems to be planning a few steps ahead: staggering arrivals until he can find the monastery, but the beautiful montage of Syd and David walking in the desert is quite boring. I understand the need avoid the finding of Farouk’s body being too easy, but this isn’t the most dynamic method of leaving it to next week. This is the root of Chapter 16’s problem: it’s happy to have Syd and David in the desert as they talk around the fact that their romance has been broken in some way.

This brings me to the issue of finding romance in a hospital dedicated to helping people with mental health issues. Most psychiatric practitioners say that it’s dangerous to form that type of bond with another person as it can slow the progress of recovery. The Syd-David romance has never been one of my favorite parts of Legion, but I would welcome more communication between them, though Clark seems like a good guy to give perspective about these things.

6/10 – There is a lot of interesting stuff going on here, but Chapter 16 feels like it’s treading water before the last act.