Season one of Legion was about David Haller: his mind, his powers/illness, and how he fell in love. Naturally, this meant that the supporting cast, apart from Syd, didn’t get nearly enough attention as a normal ensemble, but it made sense as David was the focus of the story, and his mind was the setting. With David’s acceptance of his powers and his freedom, in his body at least, from the Shadow King means that Legion needs to start telling different stories that connect to the universe and characters that largely took a back seat in season one. With Chapter Nine and Ten setting up the season-long problems, Chapter Eleven has found an ingeniously simple way of expanding the roles of David’s friends by putting the same spotlight on them that they put on David in season one. It’s a reversal of roles: Syd, Melanie, Ptonomy, Cary, and Kerry spent enough time in David’s head that it’s only fair that he gets a turn in theirs.

Chapter Eleven begins with my new favorite exposition device: the Jon Hamm Madness Hour. In this vignette, Mr. Hamm describes the condition known as Conversion Disorder by using an example that I was disturbed to discover happened in real life. Through the story of how a nervous tick ran through an entire community, Mr. Hamm clues us into how the teeth chattering plague of the show has been spread. Later in the episode, we also find out that it is the Monk and not the Shadow King that is responsible for this plague. It’s not entirely clear if he is spreading it deliberately, but the Shadow King’s body does have something to do with it. Either way, the Monk is in Division 3 and spreading the plague like it’s going out of style. 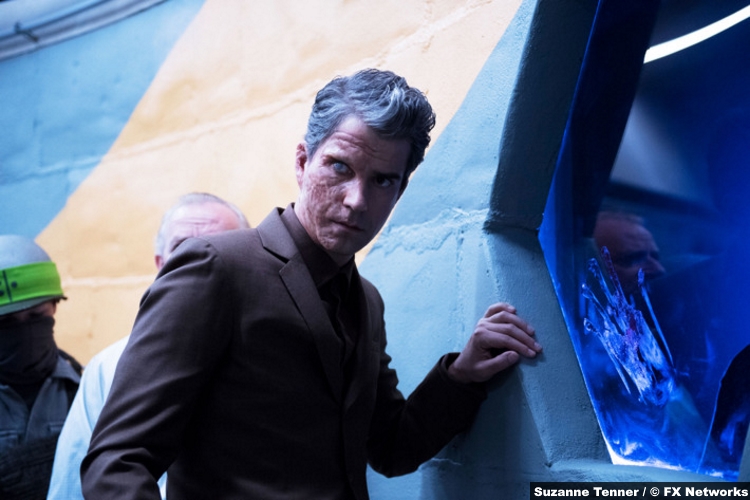 Before David can worry about that he has another illuminating conversation with the Shadow King. The best villains are always the hero of their own stories, but Farouk provides a new slant on what David thinks he knows. These are the facts (if it helps use English/rational David’s voice as you read this bit): David’s father, who we know is Professor X, fought and defeated the Shadow King in the astral plane which expelled the Shadow King from his body. As revenge, the Shadow King latched on to David’s mind when he was a baby and fed off his powers for 30 years until David defeated him. This makes the Shadow King an obvious villain, but Chapter Eleven gives us a little background to before these events. Farouk was a strong and just leader of his country, and Professor X, who had no knowledge of this society’s culture and customs saw Farouk as an enemy. After being expelled from his body he burrowed into David’s mind as an act of survival. When put like that his actions are, at the very least, understandable. The thing is, we know through his actions in season one that Farouk is a bad dude, but even bad guys have their reasons.

After this conversation, the real action begins. Division 3 is in chaos and everyone, apart from Cary, is infected. Since this is a disease of the mind it takes someone with powerful psychic abilities to cure it. That’s what David finds out as he and Cary enter first Ptonomy’s, and then Melanie’s mind. These sequences are trippy as all hell, and a brilliant way f getting to know the supporting cast better. Ptonomy has always felt more functional than the others, with his abilities allowing David to enter his own mind before he could do it himself. It’s through Ptonomy that we see how this virus works. It traps you in a situation that makes you feel safe. For Ptonomy, the man who can remember being born, it’s a little spot of forgetful gardening in a suave flower suit. This shows that, like many mutants, Ptonomy resents his powers. 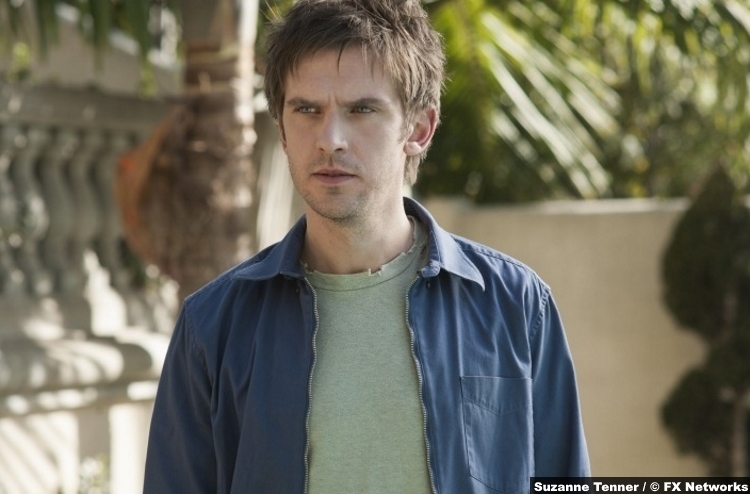 Melanie’s mind is even scarier. As someone who put all of their energy into realizing other people’s dreams: in this case, Oliver’s dream of creating a safe place for mutant’s, Melanie’s ideal place is as the ruler if her own world. She calls the shots as David, Cary, and Ptonomy must play through the maze of her mind to escape the darkness within her, which is symbolized as the minitour. To break through these defenses, David reminds Melanie of the love that her choices have brought her, something that he can relate to through his relationship with Syd.

Next in David’s list of impossible chores is to confront the Monk: who knows that David is helping the Shadow King. The Monk is at Division 3 to get a weapon that can defeat the Shadow King for good, that weapon being David, but he can’t trust him, so he commits suicide to make sure that David can’t peek inside his mind to find the location of the body. Throughout all of this chaos, as if David doesn’t have enough on his plate, he keeps having flashes of future Syd telling him to hurry. By hurry, she means that David has to erase her timeline and, as the Shadow King puts it, help future Syd commit suicide. There’s so much going on in this episode that it does melt your brain a little, but the show is an expert at keeping all of these balls in the air by now so while it may be complex the story is never convoluted.

9/10 – Taken on its own, Chapter Eleven is the best episode of season two so far. It’s a perfect compression of the style of episode one and the plotting of episode two, and it’s also got one hell of a cliffhanger.