Season two of Legion has used its unique premise to expand its world and dig into its supporting cast with excellent results. Chapter 14 takes a step back to fully focus on David once again after the tragic truth behind Lenny’s resurrection. I’ve mentioned in the past that a contingent of the show’s critics have labeled Legion as a prime example of style over substance, an opinion that I obviously don’t share, and that behind all the flair and postmodernism beats an empty heart. More than anything, creator Noah Hawley and director John Cameron address these criticisms head-on by crafting an emotionally pulverizing hour of television that stands as one of the best, if not the best, examples of why Legion is so special.

In true Legion fashion, it’s hard to get a handle on what this episode is about as we open on an older homeless version of David. Instead of the fallout of Amy’s death and how it brought Lenny back to life, it’s apparent from the start that Legion is asking for your patience as it tries something new. What we are first exposed to looks like Spike Jonze directing Being David Haller (which is only the first homage that Chapter 14 throws our way) as we see multiple versions of David leading different lives. Before meth-head David lays the multiverse theory out for us, with the help of some fries, it becomes obvious that David is deliberately putting himself in these roles to see how they play out. It also becomes obvious why Amy is present in most versions. 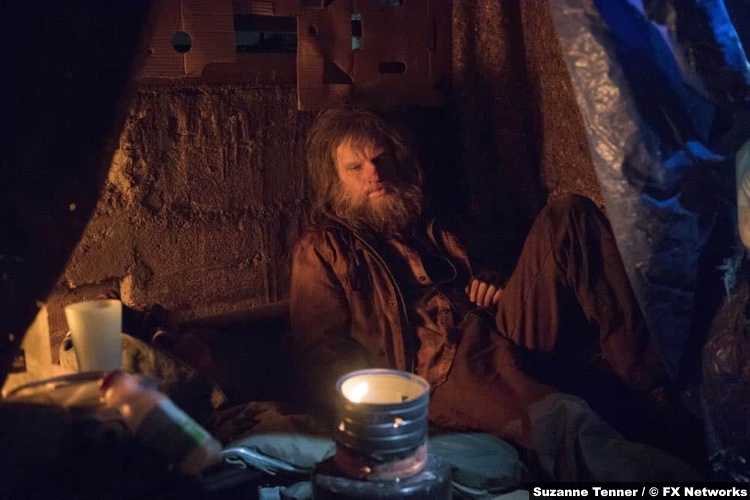 Legion’s first season used David’s mental health issues as a platform for its superhero story as David came to terms with his powers and the damaging effect of Farouk’s possession of him. Even as Melanie continually told David that this wasn’t mental illness the show never fully dropped this idea since David’s personality was formed partly through his experiences of what he and Amy thought was schizophrenia. The end of the first season was about David banishing Farouk and embracing his powers, his friends, and his romantic relationship with Syd who shared some aspects of his experiences. This meant that Hawley and his writers approached David differently for season two: a sane man in an insane world, but Chapter 14 reintroduces David’s experiences with his mental illness by charting the path that led him from Clockworks to being cradled by Lenny as he is screaming for his dead sister.

While Chapter 14 has some comedic flights of fancy: the mouse singing Bryan Ferry’s “Slave to Love” comes to mind, this is a dark, dark episode. While trying to find some way to write about what I’d just seen I realized that my face felt exhausted. I know, this sounds really weird, but watching multiple David’s going through multiple scenarios, and the horrifying endings of most of them, my face went through pretty much every expression it was capable of making. Some shows take your breath away, but Legion hurt my face. If that’s not a great recommendation I don’t know what is.

David’s grief, with the help of his powers, creates these multiple versions as he goes through all of the alternative paths that lead away from the circumstances that caused Amy’s death. The harsh truth is that each David, apart from the seemingly healthy version who has a family, is a David that is still in the clutches of Farouk. He still believes that he is schizophrenic with many versions of himself under Amy’s care. He’s an old man that cannot feed or wash himself without Amy’s help, he’s a mustachioed heavily medicated version of himself who is also I the care of Amy, and he isn’t doing any better as the versions that don’t have Amy in his life. The most present of these is the first version of David that we’re introduced to, a crazy old man with a penchant for obliterating a group of guys that have taken A Clockwork(s) Orange too many times. This version is eventually killed in style by Division 3 in the form of Kerry. Many of these David’s still see the Shadow King as the fat man, who I’m still terrified of, but these are surprisingly not the worst versions of David that we see. 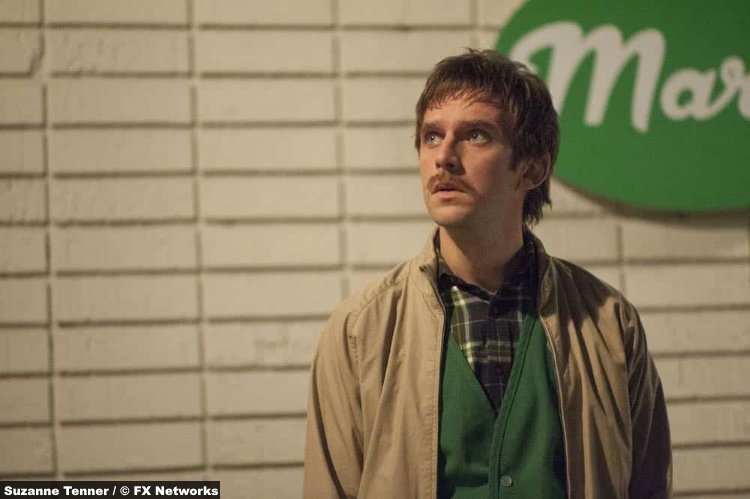 This honor goes to David the coffee boy turned billionaire who is the worst-case scenario of Farouk’s possession of him. The David we know is nowhere to be found as it is clear that Farouk took full control of him a long time ago. Amy is still alive, but she is the spoiled sister that lives in fear of her brother. The even harsher truth that David must reach is that, in order to escape Farouk and control his powers, to become healthy, he has to come to terms with the fact that Amy’s death had to happen. Just as he had to face the truth that he needed more help than Amy could give him by entering Clockworks, the point in which their relationship changed irrevocably, David has to face the fact that his own choices led to her death. He isn’t as responsible as Farouk, of course not, but he would have damned himself, destroyed himself if he made any other choice.

The question that David needs to answer is who he believes: does he become a god like Farouk told him he could be? Or does he accept Amy’s final plea that he accepts reality? He makes the right choice in the end, a last tribute to his sister that won’t feel like a tribute at all.

10/10 – Legion hasn’t always served Amy well as a character, but this is a brilliant send-off that harnesses David’s powers to tell a truly moving story about grief and death that really matters. Which isn’t common for superhero shows.