Legion S02E05: Chapter 13 – In which Aubrey Plaza rules the show once again

When thinking about continuing a TV show after an acclaimed first season one of the main choices moving forward is to make sure that the characters that disappointed, or didn’t feel as fully formed, are either filled in or dropped completely. Chapter 13 of Legion finally explains the absence of the character that could be described in this way: David’s sister, Amy Haller. The first season of Legion positioned Amy as a symbol of the normal life that David could never lead, so when he is accepted and has accepted himself, that he is a powerful mutant the symbol of the ordinary doesn’t fit as well as she used to. As much as I liked Kate Aselton in the role, Amy felt like the character that could easily be dropped moving forward. Enter Lenny.

Chapter 13 of Legion is defined by dread. Despite the fact that this is the second week in a row where the plot moves forward only incrementally, I’ve discovered that this version of the show: the version that takes time out to take a deep dive into the show’s characters, is the version of Legion that I’m the most impressed with. Chapter 13 could be a companion piece with Syd and David’s journey of mutual discovery of last week, but as an inversion of it. While some of Syd’s methods were harsh, and her logic based on surviving the hard way, she teaches David a positive lesson: one that they barely have time to enjoy because once again: enter Lenny. 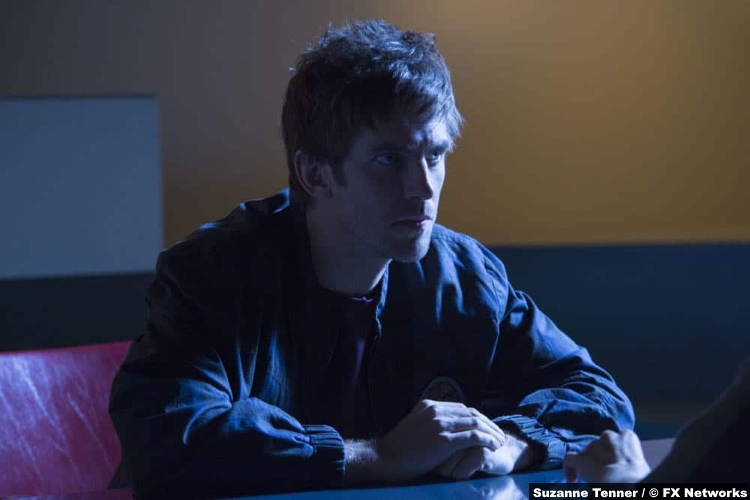 Whereas last week felt like a self-contained, self-fulfilling story in which the point was progress, Lenny comes in and tears up the rulebook. Let’s get back to the characters that have survived from season one over to season two. Before this episode, and with my mad-love of Aubrey Plaza’s insane performance in that first season is held in check, I was wondering if Lenny was still useful to have around. With the Shadow King manifesting as his true self, albeit in Oliver’s body, he didn’t need the mask of Lenny anymore. In essence, the Lenny version of Farouk was the one that David defeated in season one. Obviously, Noah Hawley had bigger plans for her but before she rocks up to Division 3, Lenny has no purpose except trying some Harold and Maude-inspired suicide attempts.

Just like last week, Legion has taken a break to explore its female leads, and it makes tonal sense that each episode could feel so different. Syd’s episode felt sure of itself because Syd is sure of herself and has become stronger through the years. Lenny is a completely different story that is propelled forward by a very simple question: whose body is that? Legion tries its hardest (sometimes too hard) to not feel straight forward. Yet the premise of the episode is simplicity itself. How can Lenny be here? What is Lenny now that she has been set free from the Shadow King’s mind? She doesn’t seem to know at the beginning of the episode either.

Chapter 13’s main plot is set up in three stages. Each person, with their own set of interrogation skills, has a go at Lenny before granting her wish to see David. Clark and Ptonomy’s presence in these interrogations symbolizes the way the Summerland and Division 3 have merged through fear of The Shadow King. It’s Clark first who plays with Lenny’s perceptions: a blank card suddenly becomes a picture of Clark holding up a picture of Clark and so on. It’s in this photograph, and Oliver’s hint to Farouk about his downfall, that Chapter 13 hints to us that one and one doesn’t always make two. In a sense, and the Shadow King’s past possession of David applies here, that there has to be a winner. Oliver and Farouk, despite their gentlemanly manners and obvious intelligence, are prisoner and warden. That’s why it feels big when Oliver promises Farouk that he’s going to kill him. 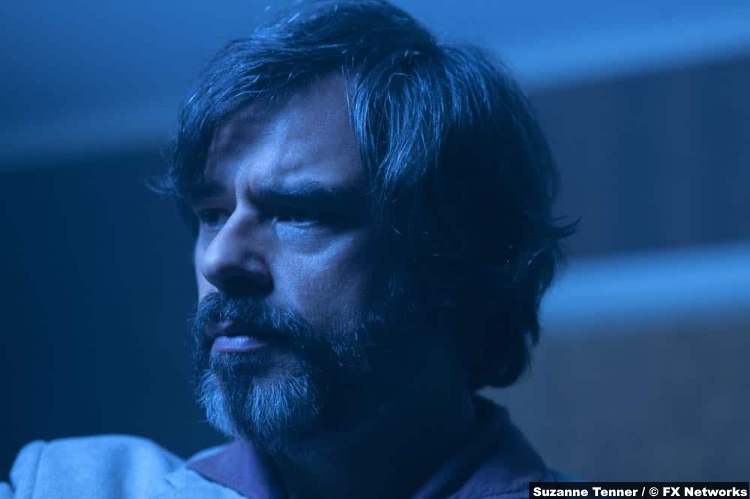 Which brings us to the episode’s biggest show. Lenny has a purpose, but it’s only the Shadow King that knows this fully. David can read her mind and confirm that she’s still working for the bad guy, but Lenny takes as long as David does to put everything together. It’s represented visually in a very striking way. It’s amazing how uncomfortable it feels when someone’s eye color has changed. From brown to blue, these eyes clearly don’t belong to Lenny. This is where it gets super dark. The revelation that Lenny is inhabiting Amy’s body is shocking, especially due to the long nightmarish sequence of Amy being destroyed to make way for Lenny. One plus one doesn’t always equal two: in this case one cancelled the other one out.

Let’s go back to the first point. Amy was a character that didn’t fit into the way Legion was progressing, and Lenny felt like a first season villain. Brining Lenny to the forefront of things by replacing poor Amy is a huge, horrible step in the right direction. With this one act, the Shadow King has called off the truce, killed his connection to a normal life, and sent his former friend to gloat about it. Not only do those completely floor David, it also keeps Farouk from being predictable. Future Syd did say that David was going to kill Farouk, and now we have the true reason why. Next week is going to be tough on the last Haller. 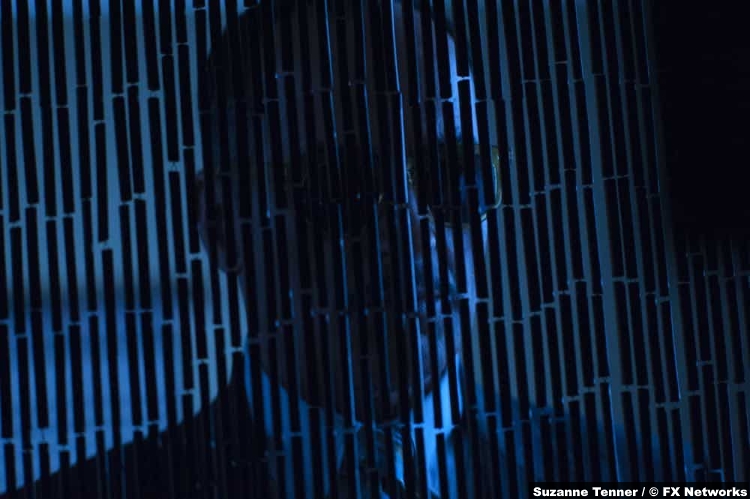 8/10 – Chapter 13 is the Aubrey Plaza show, as Lenny’s presence with any character suggestion new and vital life for season one’s best character.