Season one of Legion was both a deconstruction of and a bold new direction for the superhero genre. Creator Noah Hawley took his bag of tricks from Fargo and decided to turn them up to eleven. The story of David Haller was a twisted and stylish update of the cape and tights hero story taken to its furthest extent while also showing how traditional superhero narratives had been stuck in a creative rut. When compared to the Arrowverse, Gotham and the Marvel Netflix shows, Legion shares little in common with them in terms of creativity. In fact, Legion’s unreliable narrator in an unreliable world felt more in line with shows like Twin Peaks and Hannibal: shows in which the main character’s psychology was just as important as obvious things like the fight between good and evil. Hawley didn’t just utilise metaphors for mental illness, he gave the entire show a sense of the madness that David felt by using dream sequences, mind journeys, even old directing techniques like non-linear editing, and even sequences that were filtered through silent film. Even with those Twin Peaks comparisons, Legion was very much its own beast.

As my season one reviews can attest, I loved Legion and I wasn’t alone as its high placing on many best of 2017 lists can confirm. With as much praise that has been lavished on it, this also put a lot of pressure on Hawley and co for season two. With many mad-cap shows with strong first seasons, there is always a risk that what was seen as ground-breaking in season one could become old hat or mundane in season two. Superhero shows such as The Flash and Jessica Jones failed to replicate the excellence of those first years, and The Flash has only gotten worse. The burning question is does Chapter 9 improve on what has come before, or has i9t become ordinary due to familiarity? 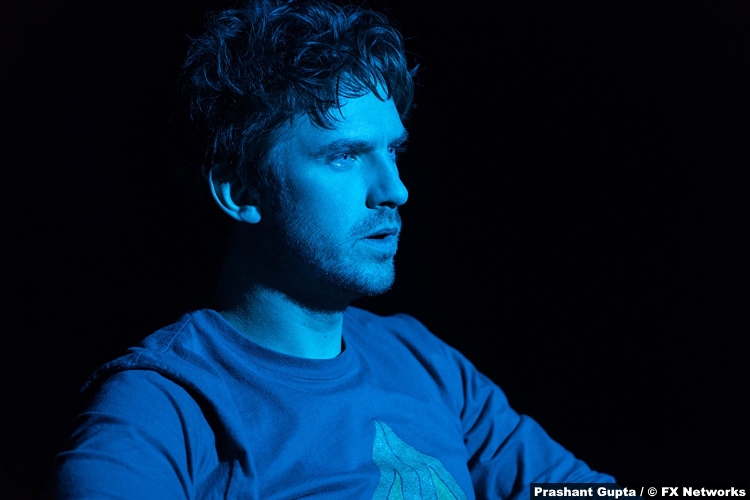 On the evidence of Chapter 9 Legion begins its second season with its mojo fully intact. We begin in typically atypical fashion: a voiceover by Jon Hamm about the definition of madness. Westworld fans will be happy to know that this includes a maze. There is a subtle genius to having Jon Hamm introduce a new season of Legion. For one, I could listen to his voice all day, especially when he’s talking about delusions, but the true effect is a sly nod to the character that Hamm is most famous for, Don Draper. Having the actor who is best known for playing a character that was basically a fiction brilliantly sets up the real question at the centre of the show, or maze: who is David Haller?

Having spent a season inside David’s head you would think that we as viewers have a solid idea of just who David is. He is the world’s most powerful mutant that was, until recently, being controlled by an entity known as The Shadow King. With The Shadow King mostly expelled (David still has a slight connection that helps him track The Shadow King’s whereabouts, if he’s not hiding from him) David has gained control of his powers and looks like he’ll have a happier life with Syd. This didn’t go exactly to plan as a tiny sphere came and kidnapped him at the end of last season. In the year since then, Summerland and Division 3 have joine3d forces in order to contain a new plague that freezes its victims apart from their chattering teeth. David is found in a place in which this virus has been unleashed, with no knowledge of what has happened to him for the past year. At least that’s what he wants everyone to think. 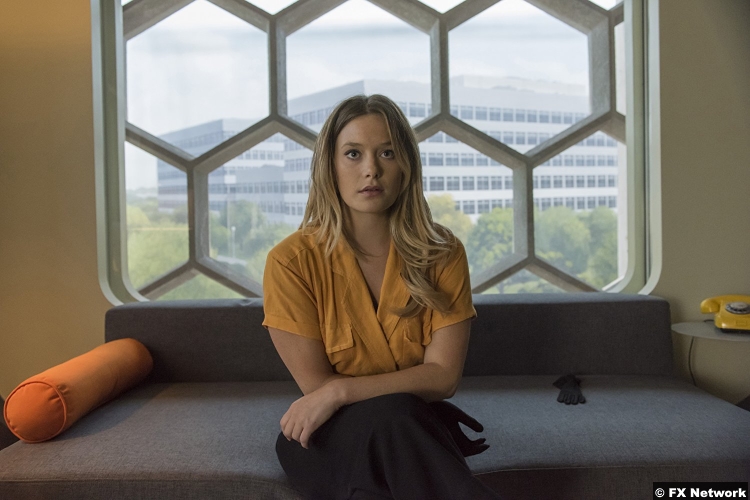 A lot has changed in the past year, the least of it is Summerland’s absorption into Division 3, with former enemies coming together to hunt The Shadow King. Much of the episode consists of this new status quo and their attempts to uncover David’s memories. Once again, the inside of David’s head is where the action is happening. Many have doubts about David’s truthfulness, even Syd. We know that he remembers a little more than he’s telling: these memories consist of a gorgeously choreographed dance-off between David, Lenny, and Oliver, as well as a vision of Syd from the future that implores him to help The Shadow King find his body, the very thing Division 3 is trying to stop. I can understand why David isn’t as forthcoming with Division 3, but he deliberately keeps Syd in that dark. For a show that makes me practically dizzy with its narrative pyrotechnics, the scene in which David promises to tell Syd the truth is deftly undermined by the camera lingering on Dan Stevens face long enough for his eyes to look up to the left. Anybody that knows a thing or two about body language knows that this is a signal that David is lying.

One of the most frequent complaints about Legion is a familiar one when considering Hawley’s work: that it’s mostly style over substance. I personally think that this is a shallow criticism, though you could make a case for it in season three of Fargo. With Legion, Hawley, co-writer Nathaniel Halpern and director Tim Mielants use every tool of their storytelling arsenal to characterise these singular characters. You can tell a lot more about David, Syd, and say Ptonomy with succinct shooting, editing, and acting before they even open their mouths than most shows do with exposition.

9/10 – Legion has confirmed once again that it’s one of television’s wildest rides and I for one am grateful to be back in David’s head.