On its face, this week’s episode of ye olde X-Files seems, like last week’s, a lot like, well…the old X-Files. Like last week, it’s a monster-of-the-week episode, but it’s a far better entry than the previous episode. In fact, it might be my favorite of this season.

The main story itself is pretty straight-forward. It opens with a couple of doctors performing organ removal. Your first hint that something isn’t right, besides the fact that this is an episode of The X-Files, is that they’re performing the surgery in a warehouse that could only charitably be described as filthy. Now admittedly, I’m no doctor, but I’m pretty sure cleanliness is a big part of the surgical process. So that’s pretty weird. Then one of the doctors licks a removed organ (the pancreas, if you’re keeping records). 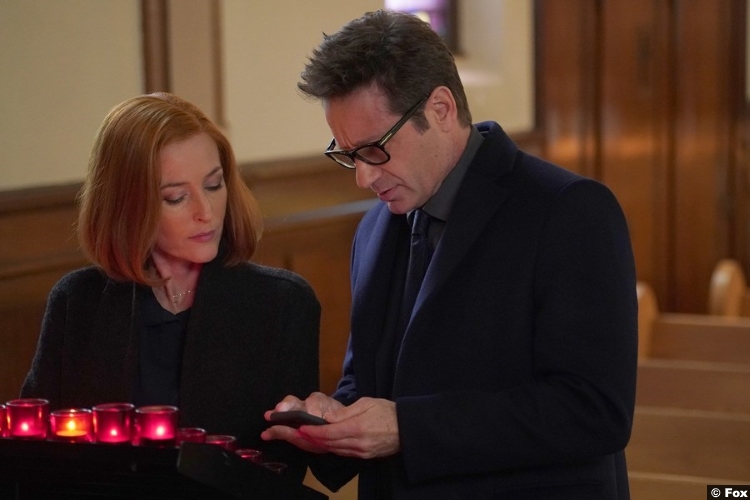 Before you’ve even gotten the chance to absorb that, a woman breaks in and kills everyone. She also takes the organs, which she leaves outside a hospital in a cooler inscribed, “I will repay.” If you’ve ever been a church-going sort, your first thought might be of Romans 12:19: “Vengeance is mine, I will repay, saith the Lord.” Like, the Lord says that. That’s why the first part of the verse is “Dearly beloved, avenge not yourselves, but rather give place unto wrath,” because you’re supposed to let God handle the vengeance. Guess her Bible was abridged.

I’m thinking of church because that’s where we find Scully this week, lighting candles. Scully’s faith has always been a part of the show, whether explicit or implicit. Unfortunately, in what is the worst aspect of this week, any real depth to the church scenes is abandoned. We’ve got a case to solve!

It turns out to be exactly what you probably expected. A has-been sitcom star and her doctor husband have started a cult based on the promise of becoming beautiful*, which for cult members means being scrapped for parts that the devious couple then consumes like they’re just sucking down green juice. You know, that old story. 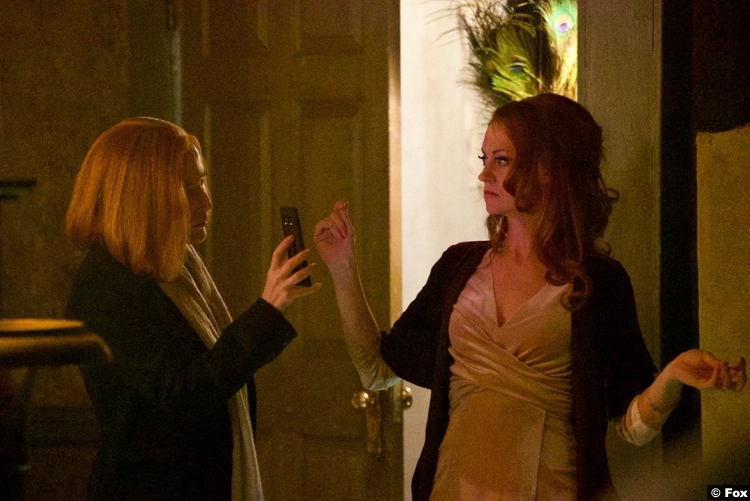 As for the young woman at the beginning, her sister is part of the cult. And in the end, by stealing the organs, she spells doom for her sister, who ends up being chosen as the next harvest. Her part is particularly gruesome, as she’s not killed and broken down like a butchered hog, but instead connected surgically to the doctor, so that his body can leech nutrients from hers.

And throughout the episode, while the sitcom star, Barbara Belmont (Fiona Vroom) rhapsodizes about beauty (and my eyes glaze), there is a general undercurrent about aging. Mulder’s wearing progressive lenses and as they’ve done before this season, he and Scully talk about where their lives are heading, where they’ve been. Nothing lasts forever and Mulder and Scully are getting older. What do they have to show for it? A reputation for turning cases upside down, as the younger agents on the scene say, but what else? It turns out that what Mulder has is guilt. He feels guilty that Scully didn’t walk out of his basement office that first day and into her sliding doors life, where she’s married and has children. 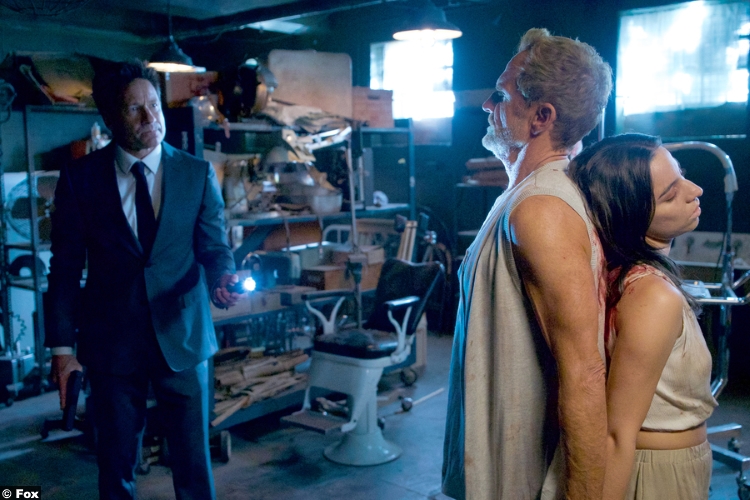 Scully, however, doesn’t have those regrets. She whispers something in his ear and I will wonder for a while both what Scully whispered and what Gillian Anderson actually whispered. But we do get to hear that Scully wants to take a “leap of faith forward” with Mulder and that, plus whatever she whispered, prompts him to respond, “I’ve always wondered how this was going to end.”

There’s something about this scene and the way Duchovny looks as he says that to her that I found intensely moving. I’m saying it made me tear up. Maybe it’s the realization that this is possibly the last monster-of-the-week episode ever, because this is possibly the penultimate episode ever. Nothing lasts forever. So if this is the end of The X-Files (after next week), I’m okay with it. It’s a much better ending than 25 years ago.

8/10 – The actual mystery is gory and kind of spooky fun and Vroom and fellow guest star Jere Burns are a welcome addition to the canon. However, other parts of the story get short shrift, like the motivation for the cult members. How do you talk people into a thing like that? In addition, I would have liked a little more time with Juliet, our avenger. Also, the way the case was ultimately solved was more than a little clunky. But then there was that last scene. I was never a Mulder and Scully ‘shipper. It just didn’t matter to me like that. Mainly it was because my conception of their relationship was and is what this post put into words. Their relationship may be romantic at times, but it’s not the point, at least not for me. Their relationship is faith and it’s support and it’s what I think we should aspire to in our relationships, romantic or not. Mulder may not have broken a government conspiracy. Scully may not have married a brain surgeon. But they were there for each other.  And because it’s a TV show, it will last forever in some form. At least until the aliens come.

*This week’s credits tagline is “I WANT TO BE BEAUTIFUL.”