A little boy in a yellow slicker is lured into danger by a figure that’s supposed to be a friend to children. Have you heard this one before?

Despite what you might be thinking, though, we don’t all float down here. Instead, once young Andrew’s body is found, it seems like a pretty clear animal attack. However, Scully doesn’t think it’s so decisive. While she’s talking about how the bite marks could be postmortem predation, mostly I’m wondering why she and Mulder are there to begin with. I mean, they get there before the body is even removed from the forest. How’d they find out? 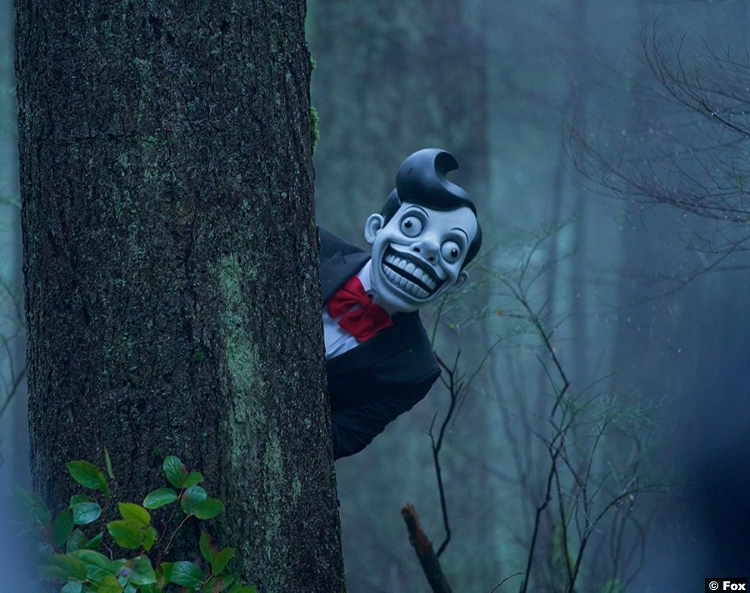 Anyway, what no one knows but us and the departed child, Andrew was lured into the woods by Mr. Chuckleteeth, the terrifying star of a children’s show. Meanwhile, Scully thinks it’s likely a child predator and gives an incredibly broad profile of a man aged 19-42. It’s also possibly a parent. Mulder thinks it’s hellhounds.

It’s…both? But before we get to that explanation, we have to spend a little time with the town. Andrew is the son of a local police officer, Eggers, who is barely able to mask his rage in the aftermath of his son’s death. When another officer inadvertently mentions that the “female agent” thinks Andrew’s death may, in fact, be a murder and one caused by someone who got off on it, it’s inevitable that Eggers will turn that rage toward whomever he considers the likeliest suspect. 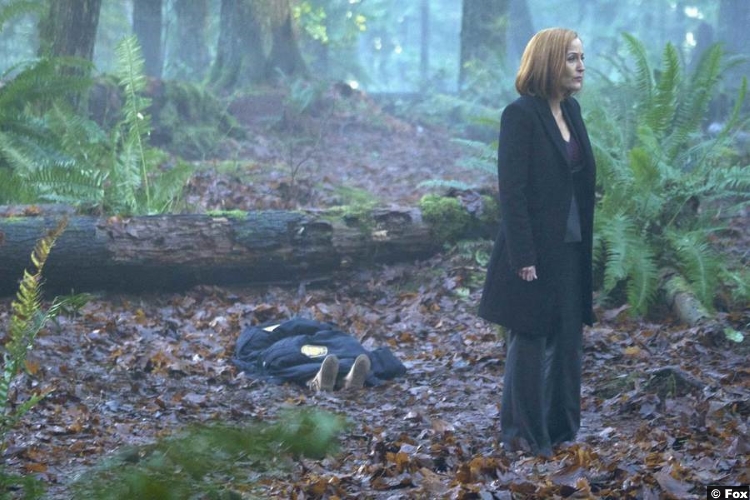 In this case, it’s a local sex offender, Melvin Peters, who didn’t properly register when he moved to town. By this point, Mulder has already mused about the witch hunts in the town’s history, so it’s no surprise when a mob forms outside Peters’s home. This town has it in its DNA, after all. But it isn’t just the town. This whole country has it in its chromosomes. Witch trials may have been confined to New England, but lynch mobs were everywhere.

When Peters returns to his neighborhood–he’s been out of town the whole time, by the way–he’s recognized by the crowd and set upon by Eggers. The rest of the police force is in the woods, where they’ve found the body of the police chief’s young daughter. She was lured out of the house by a Bibbletickle, one of a quartet of creatures who look like demonic Teletubbies.

By the time all the authorities get to the mob scene, Eggers has beat the hell out of Peters. The latter man weakly tries to protest that he never hurt anyone, that his crime was statutory (implying that it was a Romeo and Juliet situation), but it doesn’t matter. Facts don’t matter. It won’t even matter later when another police officer, the same one who initially tipped off Eggers, finds that Peters has a solid alibi. Peters is dead by then, shot by Eggers just as the police get the mob under control, and Eggers will probably walk. 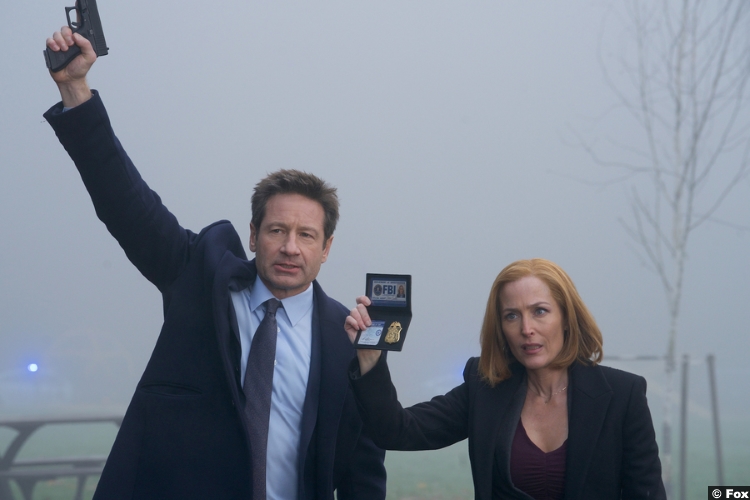 After all this, the real resolution is almost an afterthought. Earlier, Mulder notices salt on Andrew’s foot (and around young Emily’s body) and a grimoire in Chief Strong’s house, but he sort of floats through the episode with that information until it’s narratively necessary.

Because another thing we know that they don’t is that Andrew’s mom and Chief Strong were having an affair. That’s the cause of all this. Chief Strong believed he had evil in his heart, but it was only a moral failing. The real evil was conjured by his wife, Anna, who just wanted to curse Diane Eggers and then maybe her husband.

That’s the trouble with curses, though. They don’t color inside the lines. Evil, like disease, like an outbreak of violence, spreads as far as it can go. And as it always does, it takes everyone with it. Eggers goes to the Strongs’ house to confront the chief, who shoots him dead. Diane is lured into the woods by a vision of her son, where the hellhound gets her. When Strong follows her trail, the hound gets him, too. Finally, the evil takes Anna in a burst of flames.

After all this, after all this evil, all Scully wants to do is get out of town. But like Mulder tells her, that’s just not possible anymore in this world. “There is no getting out of this town, Scully. Not these days.”

7/10 – Like a lot of the revival episodes, this wasn’t bad. It was just so reminiscent of earlier episodes that it’s like, what’s the point? And by reminiscent, I don’t mean the vibe–I mean, specific plots. This episode in particular was an amalgam of “Chimera” and my very first episode, “Die Hand die Verletzt.” And probably some others I’m forgetting. It was fine. It wasn’t great. It was just a little too…familiar.