The X-Files S11E03 Review: Plus One – Monster of the Weeeeeeeeek!

Before we begin discussing this episode, please picture me yelling, “Monster of the Weeeeeeeeek!” in an Oprah voice. Because that’s what I did.

Anyway, we begin this week with a first for this season: our first episode that doesn’t begin with a character we know. Instead, we’re with Arkie Seavers (Jared Ager-Foster) in Virginia, who has a small problem. He’s been seeing his doppelgänger everywhere. Now it’s bad enough when your doppelgänger shows up, especially when he shows up in your truck, but then he has to start grabbing the wheel. He ends up steering poor Arkie into a tree. 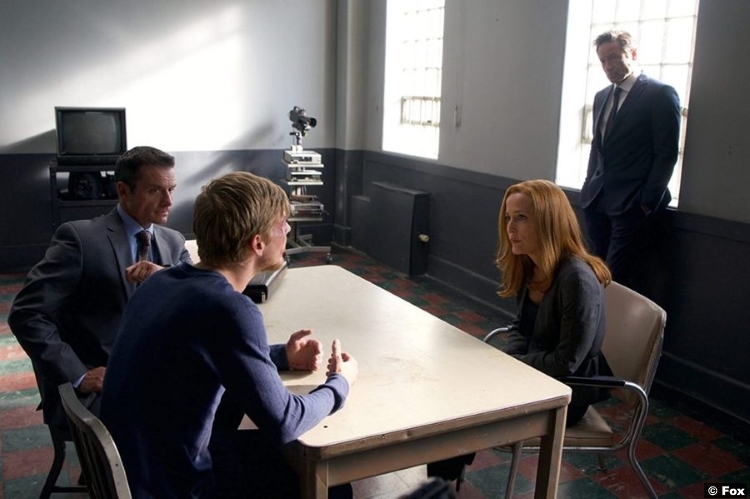 Arkie is okay, but it turns out there’s something of a rash of doppelgängers in his area. Victims are tormented by their doubles before taking their own lives. Mulder’s antennae are twitching. How did he hear about this? How are he and Scully even working these cases? Shhh, shhh, you’re thinking about it. Don’t think about it.

So he and Scully head off to Virginia, where they speak with Arkie. Scully is skeptical [note: please copy this phrase and paste it into all of my X-Files reviews], but Mulder believes [note: ditto].

Mulder hones in on a mental patient, Judy (Karin Konoval), for…reasons. Supposedly she has a split personality and also she plays hangman telepathically with her brother, Chucky (Konoval again, amazingly). It’s these games of hangman that identify who their victims will be. Why are they (indirectly) killing these people? 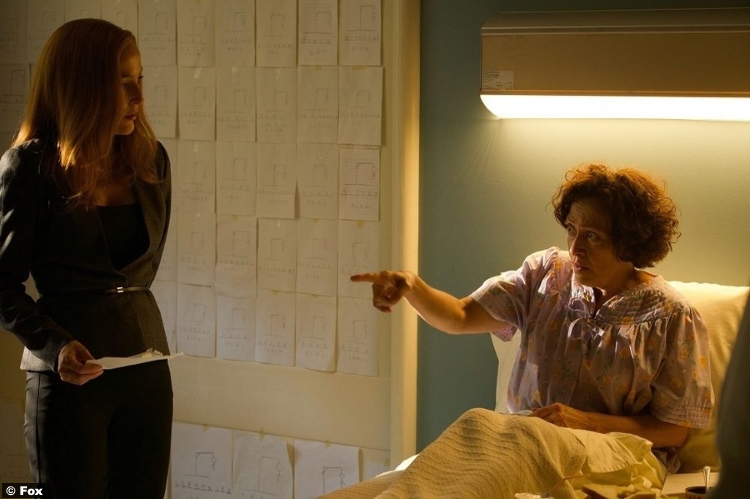 …reasons. Look, there’s a lot that’s left unexplained in this episode, which is rich for a show whose mission statement is to explain the unexplainable. But as the old saw goes, it’s a journey, not a destination.

And the journey finds us spending time with Mulder and Scully, as Scully frets about what will happen to them in the future. The episode has her fretting about aging in a way that just didn’t read as real to me or authentically Scully. But maybe I’m the one not being realistic. I tend to think of Dana Scully as a superhero. But in the world of the show, she’s just a woman. Sure, she has alien DNA inside her and she might not die, but she’s still going to age.

This episode and the last have spent some time talking about the future, with Mulder musing last week on having his consciousness uploaded with Scully’s and then the chat this week about what they’ll do after the FBI. [Suggestions: Baseball camp, private detectives, become people who sail (RIP Queequeg), get on one of those cryptid-hunting shows (Scully probably won’t go for this)…]

And this talk is ultimately the most important part of the episode, outside of Konoval’s phenomenal double roles. (Or quadruple roles if you consider the doppelgängers.)  Mulder and Scully are always talking, but usually they’re talking about the cases or the mytharc. Rarely do they spend this much time talking about their feelings. Rarely are they this vulnerable. Or brave. Some will say this episode is just fan service for shippers, since it is heavily (HEAVILY) implied that even if Mulder and Scully are not in a relationship per se, they continue to be friends with benefits. 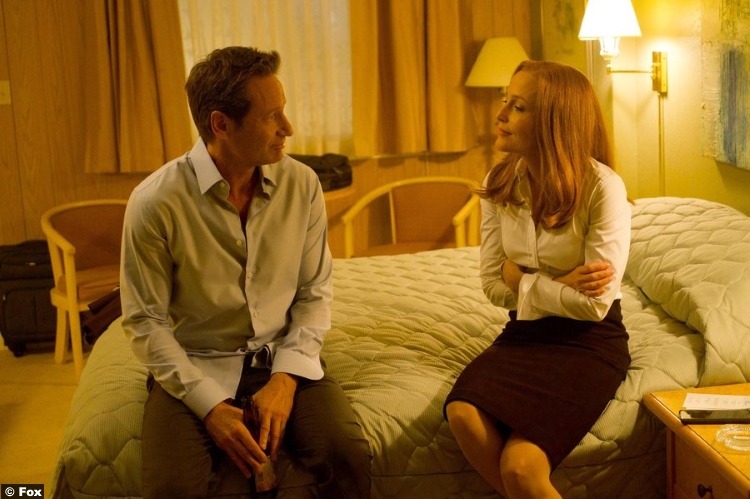 While this episode probably did give shippers a large charge, for me what’s striking is that relationship. It’s not a romantic relationship at the moment, but it’s still a relationship imbued with so much meaning. I’m reminded of this quote from Tana French’s In the Woods:

Think of the first time you slept with someone, or the first time you fell in love: that blinding explosion that left you crackling at the fingertips with electricity, initiated and transformed. I tell you that was nothing, nothing at all, beside the power of putting your lives, simply and daily, into each other’s hands.

Mulder and Scully have put their lives into each other’s hands over and over again. We’ve seen it over and over again. But it’s hard to think of another time in which we’ve just watched them hold each other. That may seem a little squishy for people who just want to see some monsters, but as this is (probably) Gillian Anderson’s last season and thus, the last season of the show, we can afford to feel.

8/10 – While technically this is a MOTW, at heart the monster story is kind of weak. There’s not really a plot here and what there is has already been done on the show in “Syzygy” and “Fight Club.” Nothing really gets explained and no one really seems to care. For me, the best part of the episode was just Mulder and Scully talking. Granted, some of those talks seemed really uncharacteristic–in what lifetime are we expecting them to find other people???–but it was nice to be there all the same.

Other thoughts: I cannot praise Karin Konoval enough. For those of you who don’t know or didn’t recognize her, she played Mrs. Peacock in my favorite X-Files episode, “Home.” You know, the episode I’ll never stop talking about until they revisit it and fuck it up. She also played Madame Zelma in my third favorite episode, “Clyde Bruckman’s Final Repose.” And now that we know how well she can play a man, I wish they’d popped her in my second favorite episode, “The Unnatural.”

And now that we’ve felt our own feelings, let’s talk a bit about the theme of the season so far. Have y’all noticed that doubles keep popping up? Doubles, twins, etc. What do you think the show is getting at with this?