As Scully notes in this episode, for all the time we’ve spent with Skinner, we really don’t know that much about him. Well, hang on, because we’re about to learn something.

One thing we have known (since season 2) is that Skinner is a Vietnam vet. In this episode we get our first look at what that was like. Diagnosis? Murder. 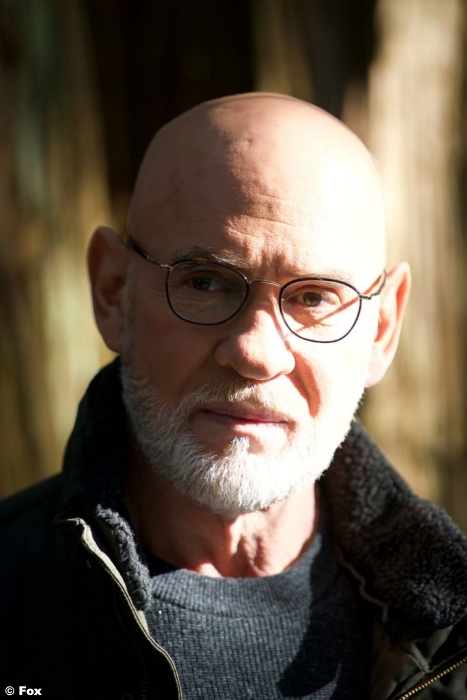 Thanks to MKNaomi–yes, like MKUltra and yes, it was real–some of the guys Skinner was with were exposed to an experimental gas. Particularly affected was a young man named John (Haley Joel Osment), from whose nickname we get the title of this episode. John is in a hut with  several Vietnamese women and babies. Also in the hut is a crate the Marines are escorting. Errant gunfire hit the crate, allowing an ominous chartreuse gas to escape. Unfortunately, John gets a big ol’ whiff of it. When the smoke clears and Skinner makes it to the hut, John’s stabbed every other living being in the hut.

As the war drags on, John doesn’t get any better. In fact, the Marine his friends called Kitten is now wearing a necklace made from ears he’s taken from people. That’s always a bad sign. And if you’re wondering how and why John was allowed to stay in Vietnam, well, see also: My Lai. And see this quote from Eugene Sledge, who was also a Marine, but in real life and in WWII:

Slowly the reality of it all formed in my mind: we were expendable!

It was difficult to accept. We come from a nation and a culture that values life and the individual. To find oneself in a situation where your life seems of little value is the ultimate in loneliness. It is a humbling experience.*

In the present day, Mulder and Scully are called in by FBI Director Alvin Kersh (James Pickens, Jr.), who wants to know where Skinner is, because it seems he’s gone missing. He also wants them to think about why Skinner’s career never progressed beyond where he’s been for decades now. Specifically, he wants them to know that it’s because of Skinner’s ties to them. Well, that’s not very nice.

So Mulder and Scully go to Skinner’s apartment, which is almost so devoid of personal touches that I wonder if it’s a front. They do find some mail, though. Skinner received an ear from Mud Lick, Kentucky, along with a note reading, “THE MONSTERS ARE HERE.” I guess we’re going to Kentucky. 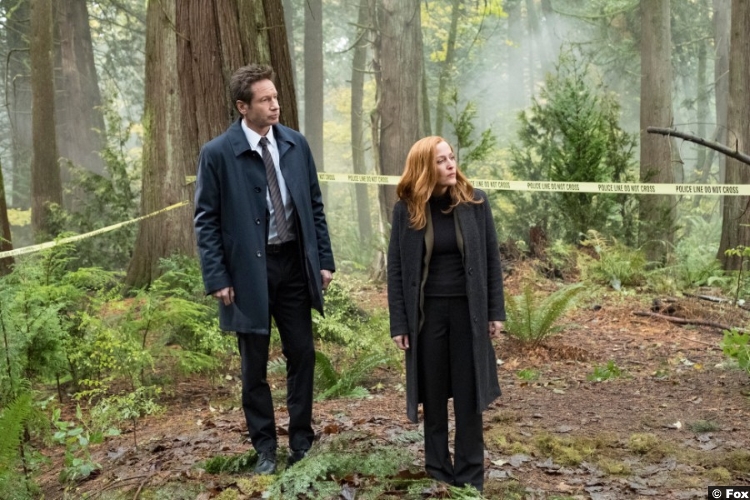 At Mud Lick PD, they don’t find Skinner, but they do find a mystery. Some people are losing their teeth, going missing, and casually mentioning monsters in the woods. A game camera records a conspicuous bald man standing over a hunting trap that felled a local hunter. Like Mulder and Scully, I don’t believe that Skinner has suddenly taken up elaborate serial murder, so clearly, something else is up.

They learn from a man who’d seemed to be speaking gibberish outside the police station that someone called Eagle had been asking around about Kitten. As for Eagle’s identity, what’s the most American eagle? And who do we know that fits that description?

As for the bald Eagle himself, he is in Mud Lick, as we see him poking around a trailer in the woods. It’s the home of Davey, John’s son, who’s also played by Haley Joel Osment. He recognizes Skinner’s name, because he’s been furious at the specter of him for years. It seems that after the war, Skinner testified about the atrocities John committed, but neglected to mention the gas that turned a Kitten into a killer. Skinner had his reasons–he didn’t want John on the street–but he did regret having to do it, especially when the government disappeared John. As we learn from Davey, that was so they could keep experimenting on him. 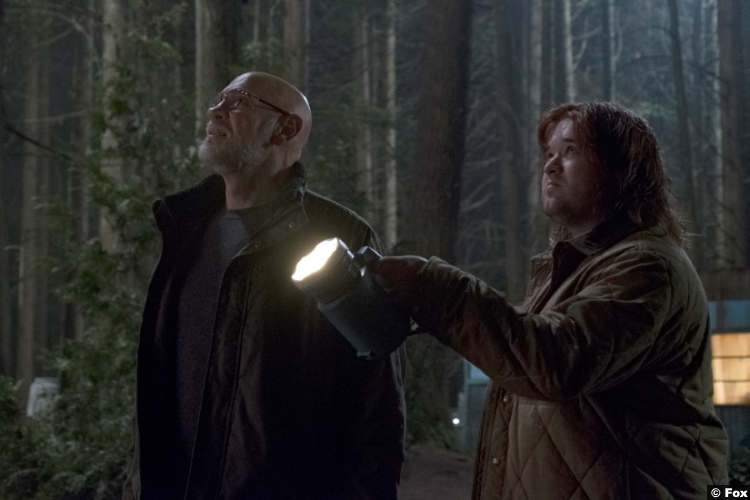 As for where John is now, Davey leads Skinner to the woods, where John’s body, clad in his dress blues, hangs from a tree. Then just as Davey was planning, Skinner falls into another hunter’s trap, where he’s impaled in the gut with a sharp stick. Meanwhile, Mulder and Scully pay Davey a visit.

He claims never to have heard of Skinner, but does give them a rant on government experimentation and mind control. It’s all very Mulder catnip, which is why it’s strange when he suddenly rushes Scully out of there. It turns out that he’d seen the “Walter and John, BFFS 4 eva” pics in the family photo album, so he knew something wasn’t right. So he and Scully drive the down the road a bit, so she can get cell service and he can go back for Skinner. He finds Skinner and is immediately pushed into the hole. Davey, now wearing a spooky animal skull monster suit, douses them in gas. But before he can light them up, he’s shot by Scully.

Like a horror movie villain, Davey’s body is missing when Scully gets both men out of the pit. But not for long, because the trapper becomes the trappee and Davey is fatally impaled by another trap.

Later, Skinner explains to Mulder and Scully how his war experience led him to mistrust the government, which is why looking over the X-Files program is the perfect place for him. His career hasn’t stalled. It’s what he wants.

And that’s a sweet moment and all, but then he loses a tooth. As this week’s tagline warned us, “A WAR IS NEVER OVER.”

7.5/10 – The experience of the war in Vietnam has become so much a part of our culture in the United States that depictions of it have almost reached parody. Still, as with any war, there always seems some new horror to uncover. The horror the show shares this week is nothing that will come as a shock to anyone who’s done any reading about government experiments (the Tuskegee Study, radioactive milk, MKUltra, etc.), even with the reveal that the government is still testing the fear gas that tore up John’s mind. But still, it was nice to get a closer look at Skinner, whom viewers, just as Scully and Mulder, might have been taking for granted.

* The quote is from Sledge’s book about his wartime experiences, With the Old Breed, which I highly recommend. Parts of the HBO miniseries The Pacific were based on the book.