REVIEW: A Wrinkle in Time means well, and half works

Adapting a book is hard.

Screenplays (movies) are, by nature, time-sensitive. You can have a long movie, but what is that? After 2.5 hours most would say it’s long. What’s 2.5 hours in a screenplay? 200 pages, at most.  200 script pages is like half the length of a small (60k words) book. Movies simply don’t have the time to let the audience get to know a character, integrate them into your subconscious through an hour a night of reading. Movies don’t have the medium to let you explore a character’s thoughts and motivations; it’s a “show, don’t tell” format, developed under different rules.

It’s why books are so hard to translate to film and why the worst adaptations all tend to make the same mistakes: rushed plotting, and a story that is chopped up in order to fit all the major moments into the screenplay but without any of the context or “stitching” that the book uses to link those moments together. The worst adaptations have too much exposition; a concession made in the screenwriting to “fill the audience in” on the things being left unsaid or unshown due to time constraints.

The Lord of the Rings movie trilogy is the great exception to the rule; most film adaptations simply make too many concessions to work. Game of Thrones side-stepped those problems by adapting its story to television. It’s something Harry Potter fans have longed to see (a seven-season, ten episode per season series).

And it’s something A Wrinkle in Time could have used. 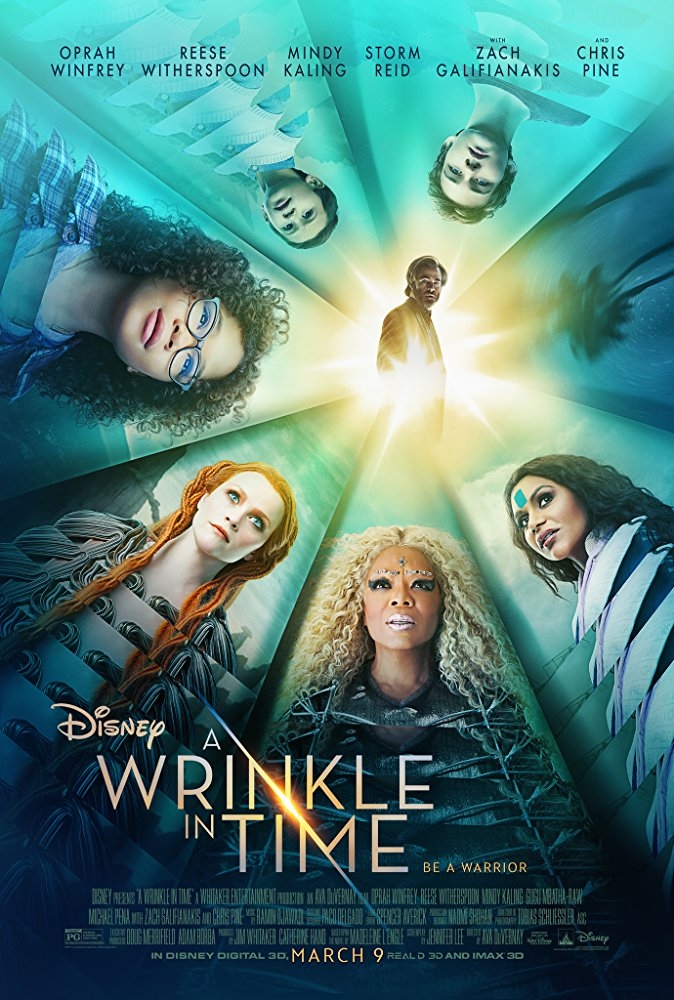 There’s not seven years worth of story here, but there is probably a good ten episode Netflix one-off floating around somewhere. That was the prevailing thought I had throughout the first half of the film. It felt like a ten episode season that had been edited into a “two hour movie” by some video whiz on YouTube.

It was everything wrong with bad book adaptations. Whereas good adaptations make it so you don’t need to read the book, the bad ones make you want to turn the movie off and just read the book. There were too many quick cuts between exposition-heavy lines, scene changes that felt jerky (like the scenes simply cut away to something else, without a satisfying conclusion to that moment), Rushed moments that were meant to be heartfelt but instead were hollow and unearned. It was disjointed, distracting and ultimately disappointing because the story wasn’t the problem, just the concessions made to summarize half a book in forty-five minutes. 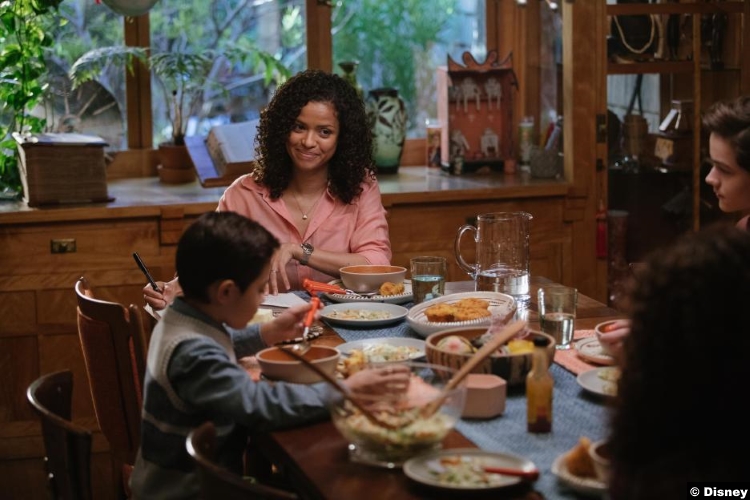 It was bad enough I was ready to write the movie off as a well-intentioned failure, beautiful to look at, sincere in its intentions and ambitious but ultimately a failure in how it told its story.

Then the second hour happened.

And though there were still pacing problems, with the same “beautiful moments then rush rush rush through the plot then more beautiful moments” still happening, the “unearned” feeling disappeared. The movie sacrificed its first half to introduce me to its three leads, so that by the time hour two kicked in I was invested in them. And the movie knew I would be invested in them by then, so it left the exposition to the curb and just focused on telling a beautiful story of sibling love and believing in one’s self. It’s rare for a movie to frustrate me as much as this one did in the first half then move me almost to tears on more than one occasion in the second half. 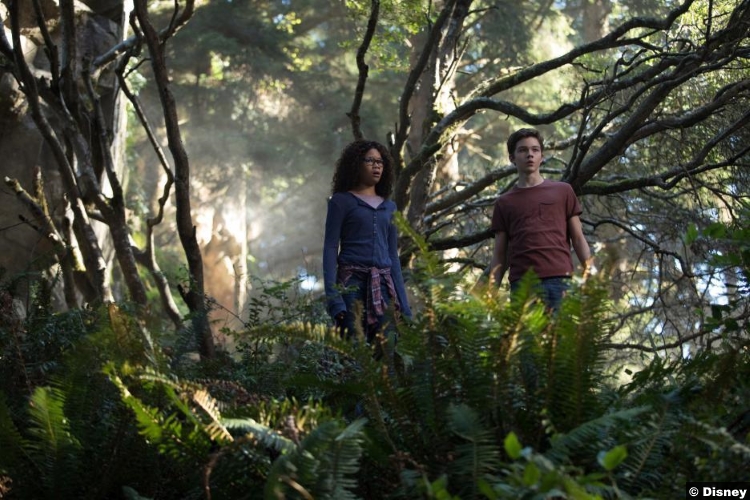 It would be so easy to let the initial flaws ruin the taste of the rest of the movie but the lead actress—Storm Reid—is so charming, and so strong with her expressions, she carries the film almost single-handedly. In fact, the movie really only turns its corner once the “adult” leads (Oprah Winfrey, Mindy Kaling and Reese Witherspoon) exit stage left. At that point, the kids take over. Think about how much faith you’re putting on those kids: The combined age of the three leads is twenty-eight years (still younger than the youngest of the three adults, Kaling, who is thirty-eight). This movie puts a lot on the shoulders of its child actors, especially Storm Reid (fourteen years old) and Deric McCabe (who is only nine!) and they soar with personality, charm and nuance. It was so great to watch them work during that second half, none of the frustrations of the first mattered anymore. 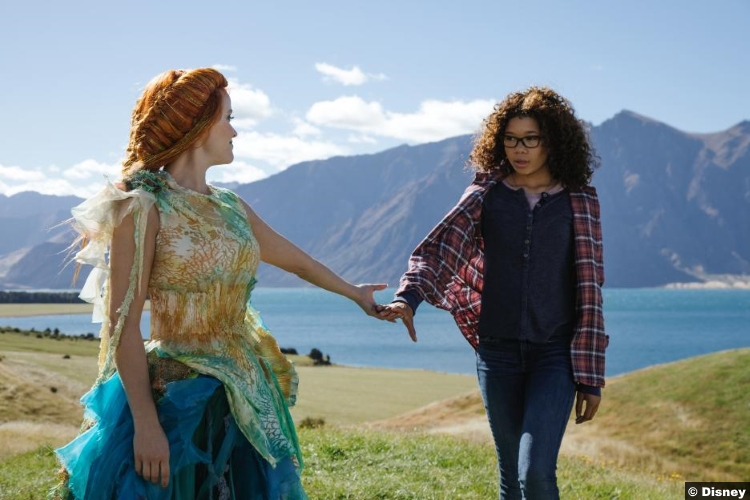 Three years ago, Disney released a big budget live action fantasy film, Tomorrowland, with big ambitions and high hopes. It was a failure at the box office and a failure as a movie, undone by poor execution and the inability to find an audience. Had the movie succeeded, Disney might have found another pillar to support their film-empire (after already succeeding with Marvel, Star Wars, animation, Pixar and live-action remakes of animation). Instead it flopped and it took three years for Disney to try again with a non-franchise fantasy movie.

And while A Wrinkle in Time is not perfect or even particularly good for half its running time, it is a noble effort, with a strong message of family, love and self-confidence that adolescents everywhere need to hear, and its second half does things well enough to earn a recommendation from me.

7/10 – Adapting a book is hard, but A Wrinkle in Time is a solid try, with a first half that does everything wrong and a second that does almost all of it right.