At its worst moments, Disney’s newest fairytale remake is simply “good enough.” At its best, it is simply “delightful.” Fortunately, it was more “best” than “worst,” but never was it as good as the animated original.

I am curious to read the comments from those who’ve never seen the 1991 original (disclaimer: there have been many adaptations of this tale, but when I say “original” you know the one I mean), though I can’t imagine there are too many under the age of forty who haven’t seen it.

The blockbuster film was Disney’s first animated movie to be nominated for the Best Picture Oscar. Many of Disney’s best have been honored with one award or another; the studio’s first film, Snow White, received a special achievement Oscar, and eventually a separate Best Picture category was—wrongly, in my opinion—created just for animated movies, of which Disney has won several. But few in the past thirty years have remained as beloved as Beauty and the Beast; it came about right as Disney was just starting to peak in its so-called “90’s Renaissance.”

Like The Little Mermaid before it, and Aladdin that soon followed, Beauty and the Beast was an unabashed musical. Featuring silly songs, romantic songs, and even songs seemingly for the sake of songs, the movie is almost always singing. And with Alan Menken doing some of his best work, it’s no wonder the studio emphasized the music. It’s sort of a false narrative that Disney’s animated movies are “usually” musicals. There are songs in Snow White, but it’s hardly a musical. The same is true of Bambi. Dumbo was probably the first to embrace the music as a narrative engine. After that you have to go all the way to 1967’s The Jungle Book to find another animated movie that put its songs front and center. For most of the next two decades the company traded melody for mood, with movies like The Rescuers and The Fox and the Hound (good movies, sure, but different in feeling than the previous generations’ output).

But Disney made the decision to leave the grittier seventies and eighties behind and, starting with 1989’s The Little Mermaid, began developing films that felt more at home on Broadway than Mann’s Chinese Theater. With the huge success of The Little Mermaid, the company had their template and then, arguably, perfected it with Beauty and the Beast. 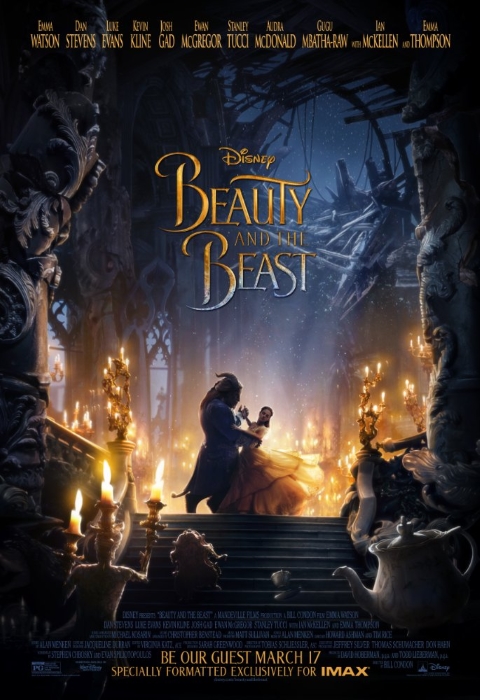 Disney’s live-action remakes have followed a similar trend. The series began with Maleficent, which departed pretty substantially from the Sleeping Beauty film that inspired it. A year later, Cinderella took greater care to actually re-make the original classic, to great success. Last year’s The Jungle Book bested them all with an almost one billion dollar haul. Curiously, the only thing missing from that movie was the music which made the original so famous. There were a couple classic tunes tossed out there, but for the most part the movie refused to be tagged a “musical.”

When Disney offered the director’s chair for Beauty and the Beast to Bill Condon (writer/director of Dreamgirls, as well as screenplay adapter of the hit Broadway production of Chicago, AND director of 2015’s Mr. Holmes, one of my favorite films of the year), he immediately began work turning the movie into a full-blown musical. The studio, however, was hoping for more of a gritty re-imagining akin to Maleficent, as opposed to a by-the-book re-telling like Cinderella. When Condon threatened to walk away from the project, Disney relented and allowed the musical-maker to make a musical.

Incredibly, the end-result is a movie that is even more a song-heavy film that its inspiration. 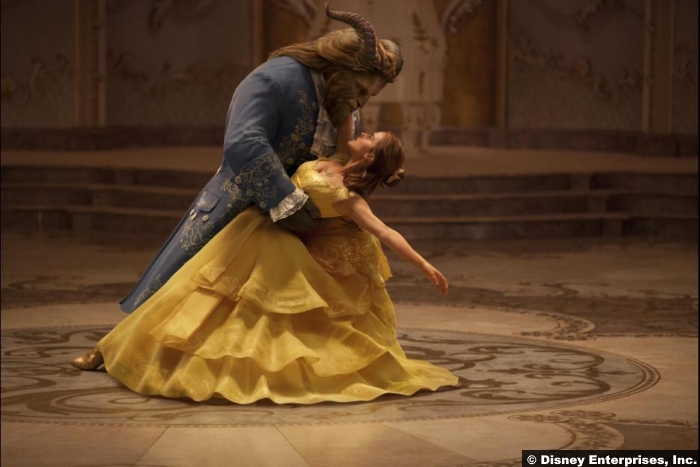 The movie runs a full thirty-minutes longer that the animated version and that extra time is given to a fleshed-out subplot explaining why Belle lives with her father without a mother. It would be reasonable to think “she obviously died years before” but the movie takes care to use that as an opportunity to build both Belle and The Beast’s character, making the inevitable romance blossom much more believably.

Along the way there are at least three new songs—if not more—in addition to a remake of every tune every child sung on the car ride home in 1991, and continues catching himself humming well into his thirties.

Or is that just me? 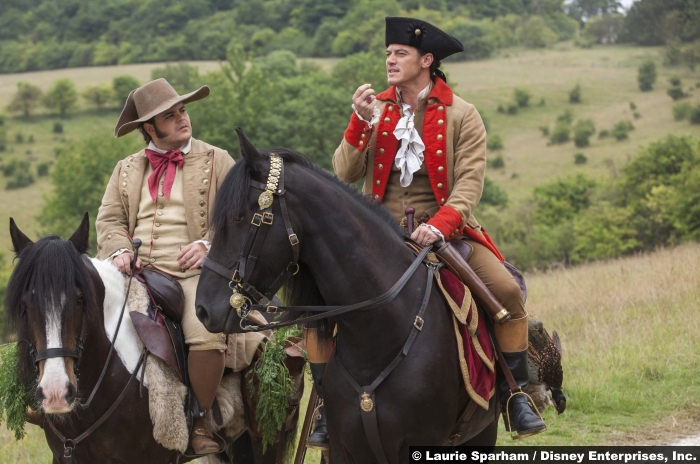 Remarkably, the additions to the movie never feel like padding, nor do they seem out of place compared to the scenes fans of the original remember from their childhood. That’s probably due to the return of Alan Menken to the production. He wrote the music and lyrics for the movie, just as he did the 1991 original, integrating the new songs seamlessly alongside the old. In short, when the film is singing the film is soaring.

Where the film stumbles, if only slightly, is in its non-musical moments.

Credit to the casting department first and foremost, as everyone looks just like you’d imagine them to. Obviously there’s a little more intricacy to the CG characters like Lumiere and Cogsworth (you might, as I did, miss the basic and expressive shapes in the animated version), but Belle, Gaston, Le Fou, Maurice, even the three ladies in town that do nothing but swoon at Gaston…everyone is on point. The characters are there, but the acting is a little wooden. The characters move and speak in a rushed sort of way, as though the director was hurrying them along and editing the movie to have as little non-musical material as possible to work with.

These are all good actors, and when they start singing their expressions come alive, but when the music fades and people start having normal conversations, the film almost grinds to a halt. It never truly begins to ruin the movie, but comparatively speaking, it’s no comparison; you’ll be killing time in between the songs. 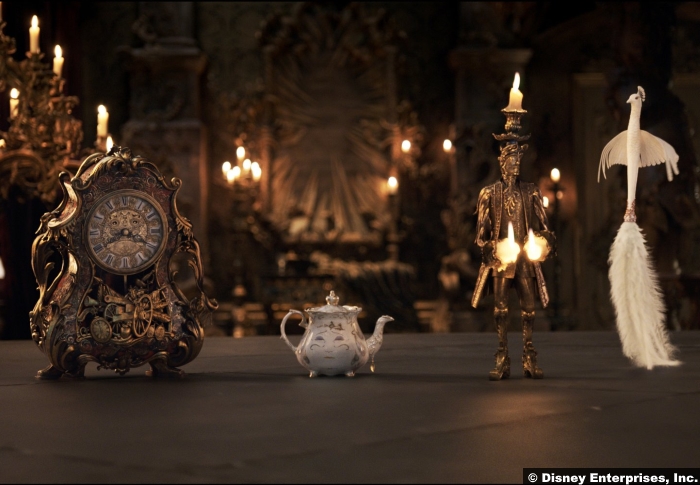 That quibble is just that, however, a quibble. Since so much of the movie is in song, there’s not enough of the negative to really bring down your enjoyment of it all. The only other thing I struggled with was not judging the songs and lines in this movie with how they were performed and spoken in the original. 1991’s “Be Our Guest” is legendary and the 2017 performance is bigger and flashier. Is it better? Is it worse? That’s harder to say. The original is so ingrained in my brain it’s hard to objectively compare them. Ewan McGregor does a good job with the song (though his french accent throughout the movie is laughable) but his cadence and inflection is just a little off from the 1991 version that I couldn’t help but notice it. Again, I wonder what a neophyte thought about it all. From my perspective, the movie never dipped below “really good” and occasionally rose to being “really great.”

9/10 – Not flawless, but a worthy addition to Disney’s newest money-making venture.