Believe it or not, the very first 3D movie of any sort was a film called “The Power of Love.” No it didn’t star Huey Lewis and the News. It was a silent film from 1922 and was the first to use the famous “red and blue glasses” technique. In the years that followed, various studios and theater chains looked into ways to make the effect a mass market success, but at least in the early days of cinema, the medium never caught on. 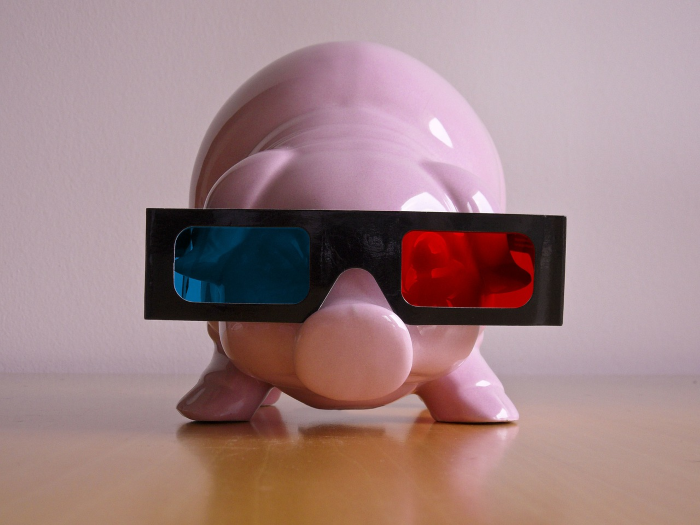 It wasn’t until the post-war 1950’s that, with a booming economy, ticket buyers and cinema operators were willing to pony up the money needed to embrace the gimmick. 1953’s House of Wax is a famous one, narrated by Vincent Price it is considered the grandfather of the “3D horror film” genre. Pairing the “in your face” technology with jump-scares and monsters was a perfect marriage and allowed the 3D format to become a niche for a generation of movie goers. Even Alfred Hitchcock got in on the action, with his 3D release of Dial M for Murder. But for the most part, 3D was seen as a B-movie gimmick, and not something to be attached to “serious” films from “serious” filmmakers. By the end of the 50’s the format was considered a dying fad and most were done being impressed by the red and green-tinted thrills.

A few art films continued to use the medium throughout the 1960’s but generally speaking it was a dead gimmick until the 1970’s, when Stereovision developed the anamorphic film strip, which allowed dual film images to be overlayed to display an impressive 3D picture. It still required two-color glasses, but the effect itself was much sharper and more…I dunno…realistic? Are we really going to call Jaws 3D realistic? Alright.

It was still a gimmick though, and still expensive for both theaters and ticket-buyers, so the resurrected format once again died a death by the mid 1980’s. As it did, however, IMAX begin experimenting with its own 3D film business, IMAX used the medium mostly for nature movies as Hollywood was not ready to embrace the IMAX format any more than they were ready to (re)embrace 3D. You could still find the technology being used in theme park attractions though; and though the novelty of it was still there, the cost was too great at the time to be added to cinemas across the country.

It wasn’t until 2004 that Hollywood began to see potential dollar signs in the medium. Robert Zemeckis released The Polar Express to both standard theaters and “IMAX 3D” chains. Even though IMAX only had a handful of 3D capable screens at the time, the 3D box office receipts (and higher ticket prices) accounted for nearly a quarter of the movie’s revenue. Hollywood and movie theaters simultaneously realized a new market was available and immediately began developing 3D movies and 3D-capable theaters.

But Hollywood is nothing if not frugal. Instead of filming movies in full 3D (which would require expensive and cumbersome cameras), most films were shot in basic 2D and then converted to 3D, either entirely or on select moments in the picture. The first major 2D-converted movie was Superman Returns (2006), which featured the opening credits and the airplane rescue (so basically the two best scenes of the movie) in 3D.

Avatar is of course the one everyone thinks of when it comes to this new generation of 3D movies. The film grossed over 2 billion at the box office and was basically marketed as an “event” film, whose 3D effect (the movie was actually shot in 3D) was worth the bump in ticket prices. After decades of competing with the home video market, Avatar showed Hollywood that people—record numbers of people—could still be convinced to shell out extra money to go to the movies. 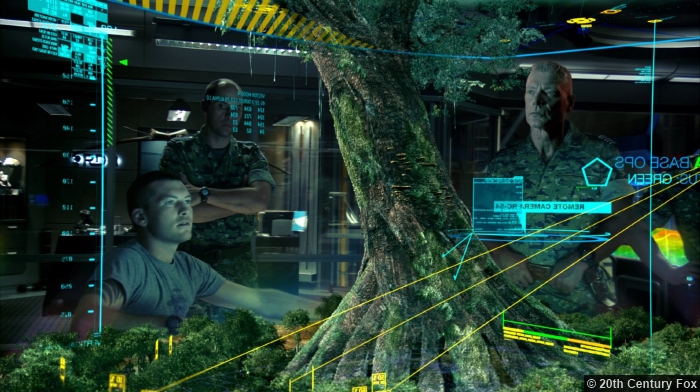 But Avatar was an expensive movie. It cost around 300 million dollars to produce, and again, Hollywood is nothing if not frugal. Thankfully for them, Tim Burton’s Alice in Wonderland was released a year later and though it was filmed in 2D, it was entirely converted to 3D, and even though it was not that great of movie, it grossed over a billion dollars (due largely to the price hike that 3D allowed). If Alice in Wonderland could make that much money (on a traditional Hollywood blockbuster budget of $200 million) then so could all the blockbusters.

And so we have the modern age of 3D movies. Unfortunately, few are worth the price hike. The problem is, at the theater I usually frequent, the biggest and best screen is also the 3D screen, which means I’m stuck paying extra to see movies that don’t need 3D, aren’t filmed with 3D in mind, and don’t use the 3D gimmick properly. Even a big blockbuster like Batman v Superman barely deserved to be in 3D. For the most part, it’s simply a gimmick to bring in more money to studios.

But every now and then, a movie comes along that totally makes the 3D effect worth it.

Let’s talk about The Jungle Book. 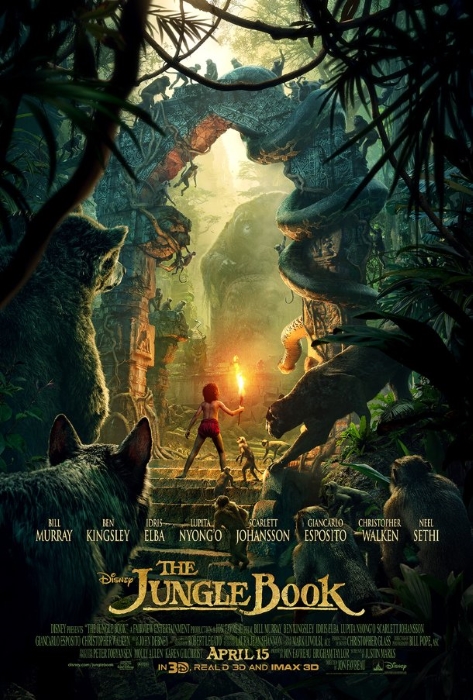 Disney has been in a bit of a remake mood lately (go figure, right). They did the aforementioned Alice in Wonderland (which is getting a very trippy-looking sequel later this year), and also Cinderella. They have Beauty and the Beast and Pete’s Dragon on the way, as well as adaptations of Dumbo (which is sacred ground, if you ask me) and Pinocchio all on the distant horizon.

Was there anything wrong with the 1967 Jungle Book animated feature? Nope, and there was nothing wrong with Beauty and the Beast either. But I’m okay with Disney doing live action adaptations of their animated library. There’s something special and immersive about seeing the childhood “cartoons” you grew up with re-imagined in a real-world setting. The movies—when done right—tend to have more gravitas and more of an epic quality (this movie certainly did). What I don’t like is when they put an unnecessary spin on the story, like Disney did with the so-called Sleeping Beauty adaptation, Maleficent.

So as I awaited the start of The Jungle Book (by sitting through the same obnoxious commercials and “please recycle your 3D glasses” videos I’ve seen a hundred times this year), I worried that the temptation would be to move this movie too far away from the “source” material. And I don’t mean the original Kipling story. That novel will see see a more traditional and faithful adaptation from Warner Bros in 2018 (who else but Disney’s perpetual rival to try and out-Jungle Book the House of Mouse). No, when I say “source” material, I mean the 1967 animated motion picture. Never fear, Disney fans, the studio did not give in to the temptation to go grim and gritty with their tale. They didn’t shoehorn in an unnecessary prologue, or add a pointless side story to give the move more of a “relatable” (as studio executives might think) human presence to the movie. There are changes, yes, but overall this is exactly what it promised to be when the first trailer hit: It’s a live action adaptation of Disney’s animated classic—complete with songs!—that is epic in scope, gorgeous to behold, intense in its action scenes, warm and funny, and “serious” only in that it never becomes a parody of itself. It takes itself seriously without forgetting that it’s about talking animals and a boy raised by wolves out in the jungle. 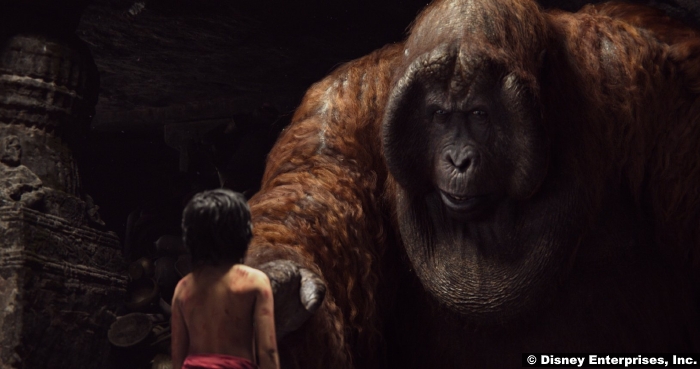 The cast is perfect, especially Idris Elba as the menacing Shere Khan. Even though he’s played many good guys on film, his voice lends itself very well to a villain and his growling vocals are sure to be the stuff of kids’ nightmares (which is good; movie scares build character in kids). Surprisingly, however, in terms of terrors, Khan might have been upstaged, of all parts, by King Louie. In the 1967 movie, Louie was a scat talking, jazz playing “villain” in name only. He was barely a fright for kids. But in this movie, played by Christopher Walken, he’s a tough-talking, intimidating mob boss. The fact that he provides the movie with one of its two songs is a strange choice, but seeing him sing the song turned what sounds like a fun moment into a tense and creepy situation. Bill Murray doesn’t sound like you would imagine a giant talking bear to sound, and he’s nothing like Phil Harris from the original animated movie, but once you hear him in the context of this film, you’ll see why he was perfect for the role of the lovable Baloo. His laid back, sarcastic delivery is right at home with the lazy old bear.

Director Jon Favreau clearly has an affinity for the 1967 original, as several shots are faithfully recreated. Here, just look:

Special appreciation is owed to Neel Sethi, who plays Mowgli. Other than a few seconds here and there, Sethi is the only human we see in the whole picture. The computer-generated animation is so good, you forget you’re not seeing real tigers, panthers, bears and monkeys. In fact, the whole jungle was built entirely on sound-stages and not a single shot was on location anywhere. Almost everything but Mowgli is computer-created, and though the nine-year-old actor had muppets (courtesy of Jim Henson Studios) and other reference points to work off of he still was tasked with carrying the on-set acting of the picture on his shoulders. Not only is the CG animation flawless and seamless but Sethi’s interactions with it is likewise seamless. 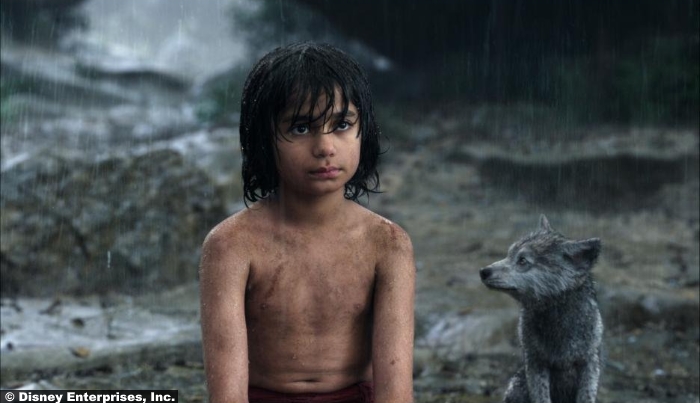 If I had to nitpick anything, I’d say it’s a little weird that there are only two songs in the movie and neither are heard until a good hour into the picture, and both happen within a thirty minute span. They kind of come out of nowhere, in other words. But they are very much “Jungle Book” songs. They fit the picture to a “T” and are sure to put a smile on your face. They serve to lighten the mood after some tense scenes (in the case of the first song) and really creep you out, in a good way (in the case of the second song). But that’s a very minor nitpick and barely worth mentioning. Really, this film is nearly perfect.

As for the 3D, it has perhaps the best usage of the format since Avatar, and in this case, it actually has a good film underneath the gimmick. Unlike other movies, that feel the need to fill the screen with particle effects and “pop out” visuals, this movie uses the feature to add depth to the picture. From the very first scene, as the camera moves away from the beautiful, hand-drawn animated “Disney castle” (sort of) to the heart of the jungle, the vast landscape feels wholly alive. It’s stunning at first, and though you get used to it after awhile, as you start getting into the movie, every now and then you are treated to a shot that looks like you’re staring out a window to a world that stretches for miles.  Amazing work for an amazing movie.