Fantastic Beasts and Where to Find Them Review: Magic in more ways than one

By the time Warner Bros. ended the theatrical run of Deathly Hallows Part Two, the Harry Potter film franchise had officially become the highest grossing in cinematic history. Since then the honor has passed to Warner’s evermore rival Disney, whose Marvel Cinematic Universe is now the biggest kid on the playground. Warners has their own comic book universe that is only just now getting off the ground, but they are not content to let Harry Potter only make money for them on the home video market. Working with JK Rowling—mastermind of the whole Harry Potter universe—the studio has announced plans for an ambitious five-part film series, the first of which is Fantastic Beasts and Where to Find Them. 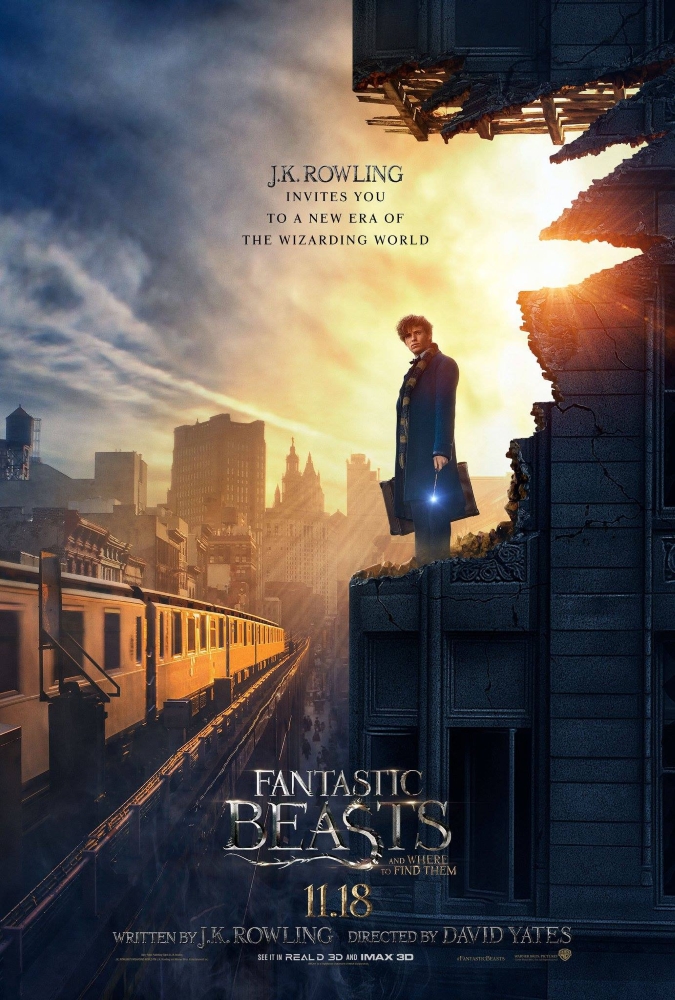 Unlike the Harry Potter-focused films of a decade ago, the Fantastic Beasts series has no literary grounding. There was a glorified novelty book written by Rowling and sold for charity, but no deep and detailed narrative such as with the books from Philosopher’s Stone to Deathly Hallows. Nevermind that though, because Rowling herself—unlike with the HP movies—has penned the screenplay and it has all the touches and style that she employed in the Potter novels, which turned those books in a genuine phenomenon.

Fantastic Beasts follows Newt Scamander, who, in the mid 1920’s was a globetrotting (magical) animal preservationist and advocate. His goal seems to be to raise awareness for the need to care for and preserve “dangerous” magical creatures, instead of simply annihilating them. His journey takes him to a place hitherto unexplored in the Potter universe: The USA, whose customs and traditions are shown as simultaneously “similar enough to be familiar but different enough to be off-putting.” There is far greater secrecy among American witches and wizards while also much more usage of magic out in the open (and, when necessary, memory wiping of non-magical folk). One could assume the infamous Salem Witch Trials was the inspiration for the American magical community being so protective (to the point that magical are forbidden from marrying non-magical ). 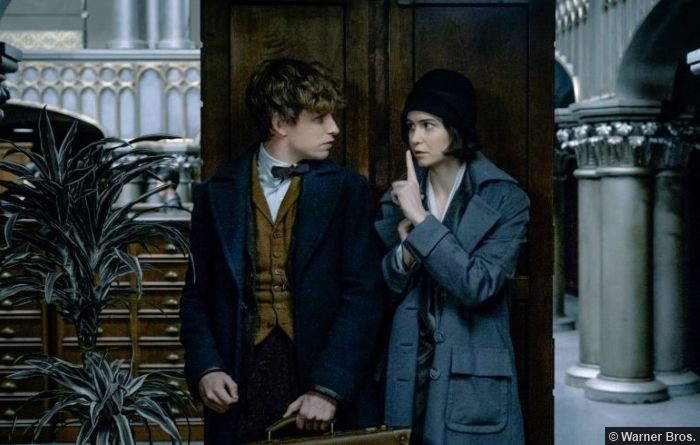 Newt comes to America looking to deliver a Thunderbird to his natural habitat (Arizona). He never makes it out of New York, however, because his “case filled with magical creatures” accidentally opens and several of them are set loose. Hijinks ensue as Scamander and some new friends work to track down all the monsters, some of whom are big and terrifying, some are adorable (the Niffler—a black, platypus-meets-mole looking creature that is obsessed with shiny things like coins and jewelry—absolutely steals his every scene). This element of the plot is really just a through-line designed to keep characters busy. The real story concerns something called an “obscurus,” which is a devastating concentration of magical energy that is released after a witch or wizard suppresses his powers too much for too long.

Around the same time Newt starts gallivanting around Manhattan, an obscurus starts wreaking havoc too, going so far as too kill a nomaj (muggle). Since obscurus’ are considered largely legendary, the Magical Congress of the US blames Newt and his renegade creatures. Scamander runs from the authorities while also trying to track down the obscurus before it kills again.

That’s the plot. It’s very straightforward, but it works because it feels like JKR story. All the great hallmarks of her work are present here: There’s a red herring villain, a late-reveal of the big bad, foreshadowing to future events that probably won’t be explored for two or even three stories, great situational humor that seems at first like its unimportant but then ends up being critical to the plot, and most important of all: the world-building is second to none. Rowling can not be praised enough at her ability, as a writer, to “world-build” (the ability to convey the scope and “rules” of the universe at the beginning of a story in a way that is not boring). We learn a lot about how the US magical community operates, as well as Newt’s history, and the backgrounds of all three principle actors (Newt, his sort-of love interest Tina, and their nomaj tag-along Kowalski). Their history and characters are revealed to us without the need for scene-stopping exposition. We learn who they are on the run, which makes for a much more enjoyable experience. 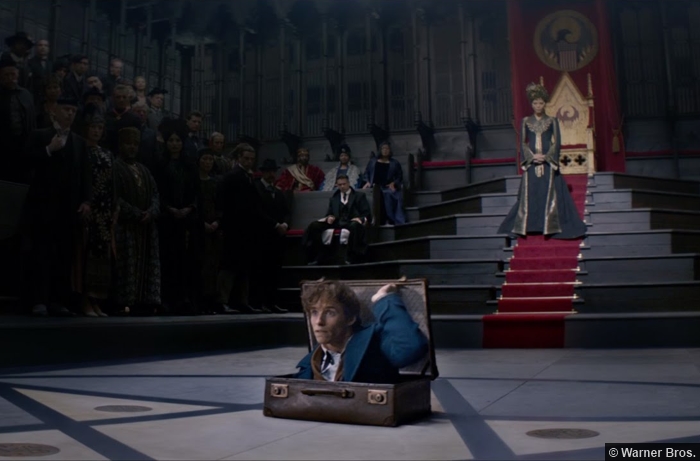 Rowling has described Fantastic Beasts as “not a prequel or a sequel or a reboot to the Harry Potter series.” Instead it’s “an extension.” It’s not necessarily fair to call it a “spin-off” since Newt Scamander was not really a character in the original series. His book will eventually become a Hogwarts Textbook and his name will be dropped here and there, but this isn’t like Fraiser spinning off of Cheers. Only one character—Gellert Grindelwald—gets any kind of role in both franchises, and his role in HP was very small; presumably his role in FB will be much more expanded. What this film—and the series it is spawning—does is find a brand new adventure to explore that happens to be set within the same universe (albeit in the past) as Harry Potter. That alone is a testament to Rowling’s ability to fully-realize this world she has created: The rules, the lingo and a lot of the “short hand” is already known to Potter fans, many of whom (like me) still have the habit of rereading the series every year. With all the groundwork already done, Rowling is able to throw in a whole new cast of characters and present fans a brand new adventure without having to worry about shoehorning in characters from before or constantly trying to  tie everything back to the original seven books. This allows the story to exist on its own in a way that, say, the Star Wars prequels were not, much to their detriment. And of course, unlike with Potter, none of us have read this story before seeing the movie.

As a film it’s not perfect; the pace is a little inconsistent as the movie’s momentum drags in a couple spots, also David Yates’ direction is, as it was with the final Harry Potter movies (he directed films 5-8) too sterile and bland. The series has really only had one director who took chances with framing, lighting and camera work (Cuarón on Prisoner of Azkaban). There’s also a drab “grey” color that permeates through too much of the movie; some scenes are almost black and white. But that’s about it in terms of negativity. The characters are vibrant, the plot is fun, the possibilities for where the story might go is interesting and questions that it raises with hardcore Potter readers (regarding Newt’s former love-interest—a Lestrange—as well as some hints about Ariana Dumbledore’s tragic life) are enough to keep fans buzzing until the sequel is released (coming in 2018).

9/10 – A great opening chapter to what promises to be another great, multi-part story in the Wizarding World. Potter fans will be delighted.