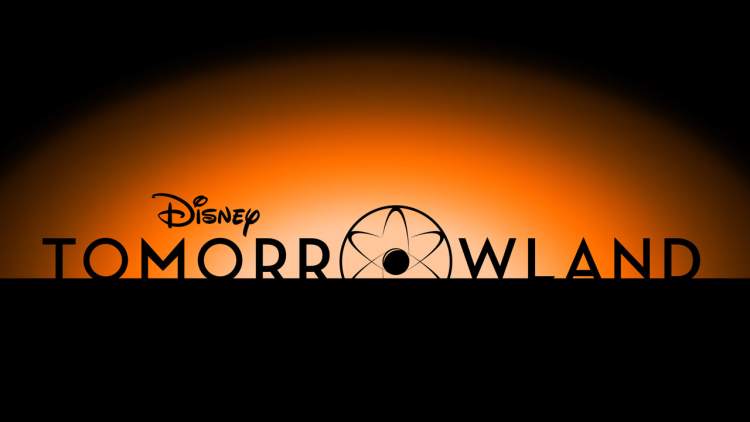 I believe in Brad Bird.

Iron Giant is both a heartwarming and heart-wrenching masterpiece and the balance it struck between joy and sorrow was a tough nut to crack, but Brad Bird did it. With Incredibles, Bird continued Pixar’s hotstreak and gave the world what was then (and might still be today) the definitive superhero movie. It was witty, fun, thrilling and adventurous. It nabbed Bird his first Oscar.

Like the Iron Giant, Incredibles did not rest on the tropes of the genre but instead used the setting to tell a grown up story that kids could enjoy. It’s almost a cliche to say a movie is “great for kids and adults” because when you hear that about a movie what it usually means is “it has double entendres and adult humor slipped in between the fart jokes and nonsense for kids.” What Bird did with his first two films was simply make a “kids” movie that was so well made and had a respect for the intelligence of its audience (despite its age) that adults could enjoy it just as much, if not more.

His followup film was Ratatouille, a film he was basically handed at the eleventh hour and asked to bring up to the Pixar standard in time for its release. He did, and won his second Oscar in so doing. After years of working exclusively in animation he transitioned to live action with the fourth installment in the Mission:Impossible franchise. Bird’s work on MI:4 became the biggest hit, not only of the series, but also of Tom Cruise’s career. It was praised for how sharp the editing was, despite the wild set pieces, and the tight story, despite having a runtime that exceeded 2 hours.

Put simply: Brad Bird has proven himself to be a great storyteller, both on the page and as a director, both in animation and live action. I believe in Brad Bird.

So too does Disney, who offered him the chance to write and direct the seventh Star Wars film. Though his story and overall control of the movie would have been deferred to Kathleen Kennedy and the top brass at Lucasfilm and Disney, Bird likely could have been to the new Star Wars cinematic universe what Jon Favreau was to the Marvel Cinematic Universe. His casting decisions were pivotal to the success of the MCU, as was the light-hearted, witty tone he brought to the Iron Man film. Brad Bird could have been the critical voice to shape the next generation of Star Wars, but he declined for the nobelist of intentions:

He wanted to do something original.

In an industry that relies far too heavily on reboots, sequels and remakes, it is admirable that one of the best in business had the conviction to turn down the holy grail of franchises in order to create his own world. In describing his decision to forgo Star Wars, Bird said that his newest film, Tomorrowland, was a “passion project” that he couldn’t walk away from. As he put it, someone will do Star Wars (in fact it will be Mission:Impossible collaborator JJ Abrams to kick start the next generation), but without him driving it forward, Tomorrowland might not have been made.

Now that it’s out, was it worth it? Did Tomorrowland justify Brad Bird’s full and un-Star Wars-divided attention? There’s really no way to answer those questions; only the man himself can say that. But we can look at the film and decide whether or not it succeeded. The verdict? 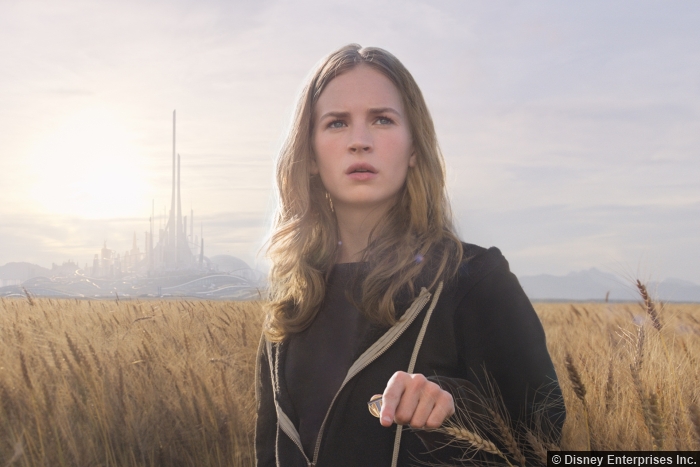 There are some great moments in the film, some great line readings, great set pieces, and great ideas floating around, but the whole package fails to live up to the greatness of those isolated bits.

To start with, the tone of the film is too disjointed. Of all criticisms this was the most surprising, as Brad Bird has almost made it a calling card to have movies with pitch-perfect tone. The Iron Giant wore its emotions on its sleeve, both happy and sad, but it never went too far in one direction. Incredibles and Ratatouille knew exactly what they were and how to tell their story; the “tone” of those movies was precice. As a viewer you never feel you’re watching different movies stitched together. Same with the live-action MI:4. This film, however, doesn’t know if it wants to be a fun romp like something from 1980’s Spielberg, or a hard sci-fi like something from Duncan Jones.

I know what holograms and tachyons are; I’ve seen more than enough Star Trek. My wife was at a loss, however. She enjoyed the lighter moments, but was frustrated by the technobabble and plot machinations. I only jotted down a handful of notes as I watched the film, but one of first ones I wrote was “who is this film for?” My 8 year old enjoyed it for the most part but was left totally confused by the ending, not to mention the language and violence didn’t feel right for a child. That’s fine, I wouldn’t knock The Godfather as a film, and that’s certainly not appropriate for an 8 year old. But of course The Godfather knows what it is and so does the viewer. This is a movie based (in title only) on a Disney attraction, produced by Disney and directed by a two-time Oscar winner for his Disney movies. I thought the advertising was intentionally vague as a way to build mystery, but now I think it was to hide the fact that the movie really isn’t written for kids, but isn’t “serious” enough for adults either.

The screenplay is at fault for taking too much time setting things up and for saving the exposition for an info-dump during the climax. On the former point, the movie really felt like it had no middle. There were moments when you would think the movie was really “starting”  (which is the feeling you get when the screenplay moves to act two), but then something would happen to reset everything and start you right back at square one. The two main characters don’t even officially meet and begin the adventure until halfway into the picture. That’s when the movie really feels like it has started and by the time the next phase of the movie kicks in, you realize its time for the third act climax and finale.

The movie begins with George Clooney’s character narrating his past, and just as things get interesting and you start to see where the story is going, it stops and we jump over to Britt Robertson’s character and her background. Her story then becomes the narrative that follows through to the end of the picture when we return to Clooney’s narration. That would be okay except for the start-and-stop layout. There’s a lot of shouting between characters as they argue about “it” and “that” and the audience is clueless as to what is being discussed. That’s fine in and of itself, but too many times it would seem like “it” was about to be explained only for something to happen (every ten pages there must be action!) and leave the questions unanswered. There’s a difference between a long tease and a bait-and-switch.

Toward the end of the film I started to think that all of the answers to all of the questions were either going to go completely unexplained or they were going to be mass-dumped on the audience all at once. Sure enough…

It was as though the writer didn’t have enough confidence in the story to assume the audience will understand it all without having to have it all explained. So, instead of rewriting the screenplay, cutting some unnecessary parts and streamlining the story (which would have also helped in tightening up the tone), the exposition was just given to the audience in the most cliched way possible: the villain monologue.

And not only that but the exposition was confusing! That’s like…the one job of exposition! Either cut the explanations and make the plot more steamlined, or keep the convoluted plot, but make sure the audience knows what’s going on periodically throughout the film. 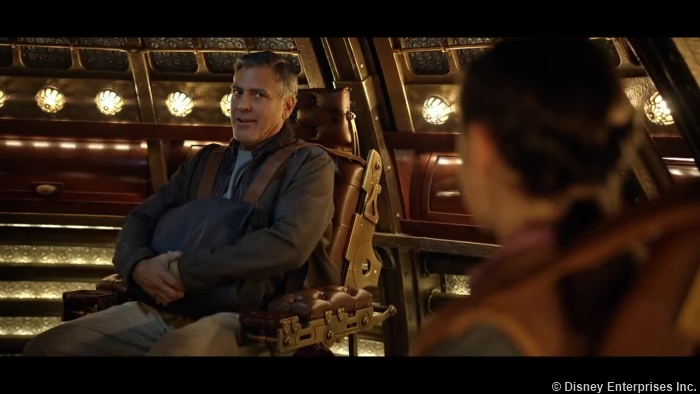 I could criticize other things, such as the editing that made the movie feel like a tv show (right down to the soundtrack crescendo right as an epic statement is made and just before a quick cut away) or a few plot holes that always pop up when you introduce time travel (of any sort) into a story, but I won’t because it sounds like I absolutely hated the film and I don’t want that to be the lasting impression.

As a matter of fact there were a lot of moments, especially in the first two-thirds, that I adored. As I mentioned before, at times the movie felt like watching classic-Spielberg, like something from an Amblin production from the 1980’s. When the sci-fi elements were used in a fanciful and light-hearted way, the movie soared. The sequence in Frank’s house as he and Casey are under attack by the robots was great. Futuristic tech was thrown around without any sort of explanation but it didn’t matter because the audience was allowed to fill in the blanks as it went on. The sci-fi shop sequence was also fun, with a Men in Black sort of vibe. Clooney’s character was well developed, and he had fine chemistry with both of his female costars, but…to criticize it once more…too many of the other characters were left under-developed. The final moment between Frank and Athena was well-acted but hollow; it didn’t feel earned. It reminded me of a lesser-version of the ending to Terminator 2, when the T800 says that he understands why humans cry. That moment felt earned; Tomorrowland’s did not.

Robot from the future comes to help girl stop the world from blowing up, while other killer robots try and stop them.

That’s totally the plot of Terminator 1 and 2, right? I’m not the only one to make that connection, right?

As for the ending, I appreciate the message Bird was trying to get across. As a fan of science fiction, I love it when new films and stories are told in the genre that actually use it for its original purpose: To use fanciful images to pretty-up stories about our humanity. This story isn’t about time travel or fantasy worlds. It’s about looking at the world around us seemingly on a crash course to its self-destruction, and having the courage to be optimistic. It’s about having the willingness to try and change the world, even when the majority of its residents would rather mock you and embrace their own doom, so long as it comes on their own depressing terms. Somewhere in this movie is that message. It might be hiding behind the clutter of the first half of the film and the convolution of the final act, but it’s there.

Overall, I don’t think this movie was a failure. I think it just needed another draft. It needed to tighten things up a bit across the board, have a better understanding of who it is targeting and it needed a better resolution to its actual plot.

This was Brad Bird’s passion project, and I appreciate the heart and soul of the film, but the meat and bones of it held it back from achieving its potential.

Have you seen the film? Add your rating below…