TBS has obviously taken a look at what Netflix has been up to with their original series and liked what they saw. You can see the proof in their putting up a marathon of their Rashida Jones-starrer Angie Tribeca when it debuted. And when they picked up Search Party, a series from Sarah-Violet Bliss, Charles Rogers, and Michael Showalter, they made the entire season available online and on demand. Because of that, you’ve probably binged the whole thing already. If you haven’t heard of it, though, or you’re on the fence, I binged it for you. [Only mild spoilers herein.] 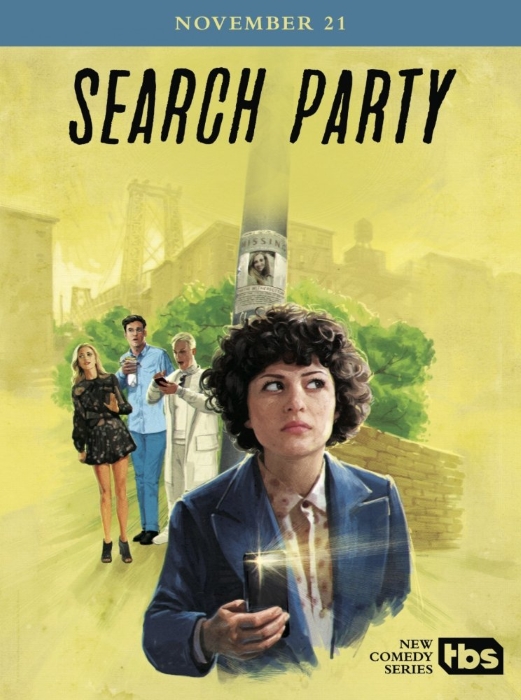 Search Party is a story told over ten episodes about twentysomething Dory (Alia Shawkat) and her quest to find a missing former college classmate. Describing Chantal, the missing woman, as a classmate already ascribes a little too much meaning to her and Dory’s relationship. Using the word “relationship” ascribes too much meaning to their relationship. That is to say that they were not exactly best friends forever in college. They weren’t even roommates. They lived in the same dorm and acknowledged each other’s existence at least once. That’s about it, but that’s enough to get Dory on the hunt when she sees a MISSING poster for Chantal. 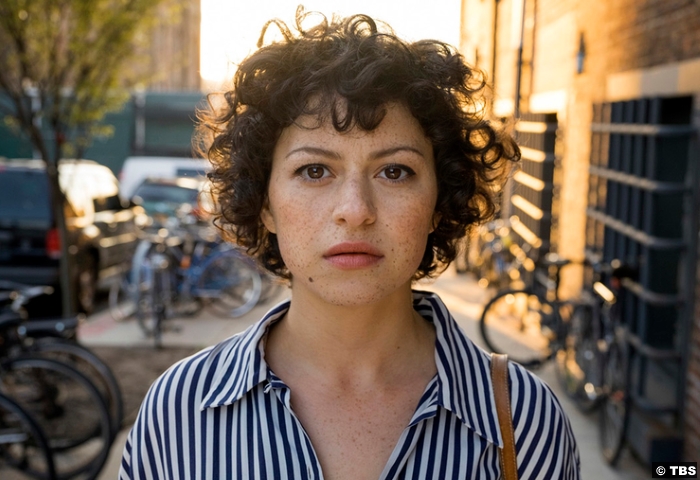 Dory doesn’t have a whole lot going on in her life, otherwise. She’s got friends and a boyfriend (John Roberts) with whom she lives, but she’s stuck in a dead-end job as an assistant to a rich lady who doesn’t do enough to need assisting. So it’s obvious that searching for Chantal gives her and her life meaning that she hasn’t had in a long time.

At first, the fact that Chantal is missing is just a thing to talk about at brunch, but when Dory spots Chantal in a restaurant and she runs away from Dory, it becomes something else. It becomes something exciting, a real mystery. Dory is determined to tell someone–the police, Chantal’s family–that she saw her, but no one wants to hear it. Even her friends and boyfriend don’t really believe her. They go along with her and her schemes, but they’re not really invested, so it’s no surprise that when she meets people who are, she’s drawn to them immediately.

She begins her Nancy Drew adventures by doing everything she thinks a detective should do–spying on people, gathering information, talking to people who knew Chantal, etc. When she meets Lorraine (Rosie Perez), who claims that she’s also seen Chantal, Dory feels vindicated in her search, until it becomes apparent that Lorraine is delusional. So when she notices a man (Keith, played by Ron Livingston) following her, it’s expected that Dory freaks out, until he assures her that he’s just a private investigator who’s been hired to find Chantal. He was following Dory, he says, because he was at the vigil for Chantal and overheard Dory trying to tell people that she’d seen Chantal. Dory and Keith become partners in the search for Chantal and you can see her come alive with someone to validate her. There’s a scene where they’re running away and Dory looks happier than she’s ever been or at least, happier than we’ve ever seen her. 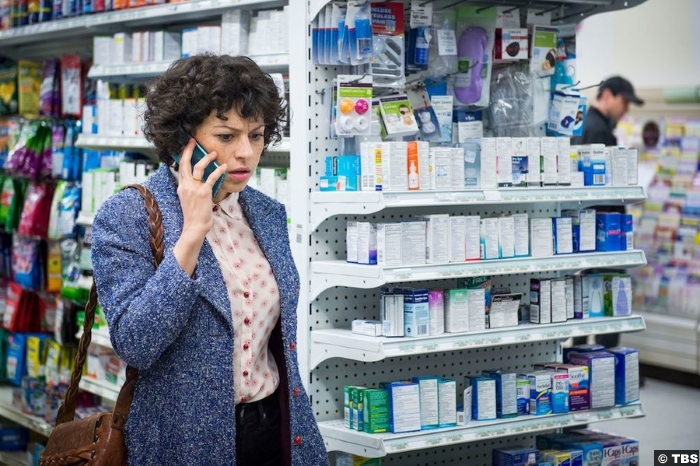 And it’s not hard to understand why the act of searching for Chantal would make her happy. It’s fun and exciting to play detective and try to solve a mystery. The trouble is, when you’re expecting mystery, it’s easy to read more into what you see than what is actually there. For example, think about all the stuff you google. What would all that look like without context? Like, if you were a suspect in a murder or if you were a missing person, what would your life look like to a stranger? Maybe you just think wrestling is funny and fun to watch and you’re writing a short story for your creative writing class where someone commits murder in an unusual way. Too late–now to a detective and to shrieking harpies on murder TV, you’re someone who enjoys violent entertainment and whose google searches include “undetectable poisons.”

That’s why, when Dory and Keith’s search reveals suspicious elements like a cultish group operating out of an artist’s co-op, it’s easy to believe that something hinky is going on. Just look at the evidence: Chantal clearly had some connection to the group, as she had a necklace that came from their store. The leader of the group is undeniably cruel. He also reacts suspiciously when Dory brings up Chantal, shutting her down angrily. There’s gotta be something there, right?

And this is the brick wall that Dory keeps running into–a tattoo that repeats that there’s gotta be something there. It’s not just coincidence that she keeps finding connections. She’s making the connections. She wants so badly for this possible nothing to be a something that by the final episode, she’s forced something to happen. It’s brutal and it will change her life, but hey, it’s something.

8/10 – Over the course of ten tight episodes, Search Party presents a funny, affecting search for a missing girl that ends up delivering answers no one was expecting.

[Search Party is available on tbs.com, on demand, and will likely re-air on TBS itself–check your local listings.]