When I first read that Netflix was airing a show called GLOW–all caps–my first thought was, Wait. GLOW? As in Gorgeous Ladies of Wrestling? I used to loooooove GLOW as a kid. I knew I had to write about the show. So then I immediately got in the ring and after a few folding chairs to the head, here we are. (That’s how we decide everything at Cult of Whatever. Why–what is your office like?) 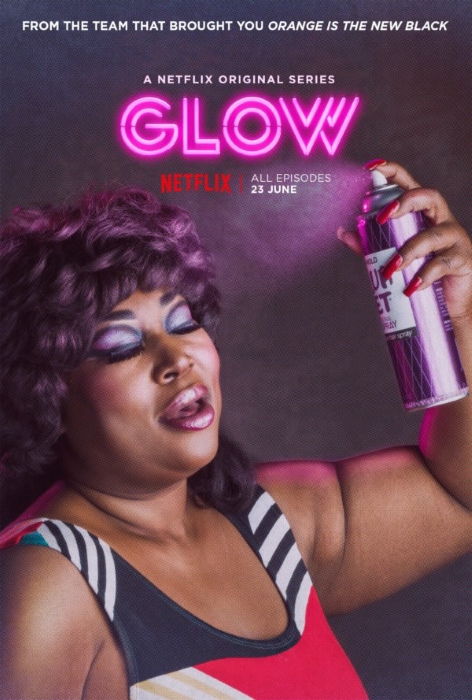 GLOW is from Jenji Cohan, who’s behind such shows as Weeds and Netflix’s Orange is the New Black. The show takes a kind of OitNB approach, giving us one character as a entrance point to the series. That character is aspiring actress Ruth Wilder (Alison Brie), who, like OitNB’s entrance character Piper, is the worst. She would be just a mildly annoying nerd, whose nerdery focus is old Hollywood–her special talent is doing an impression of Audrey Hepburn winning an Oscar–but then we find out she’s been sleeping with her best friend Debbie’s (Betty Gilpin) schlubby husband (Rich Sommer). (Probably not the Mad Men reunion you were hoping for.)

Debbie is also an actress, known primarily for a soap opera role. She’s taking a break from acting because she just had a baby, but it’s unclear if she’ll actually return to soaps since she was coma-ed off the show. 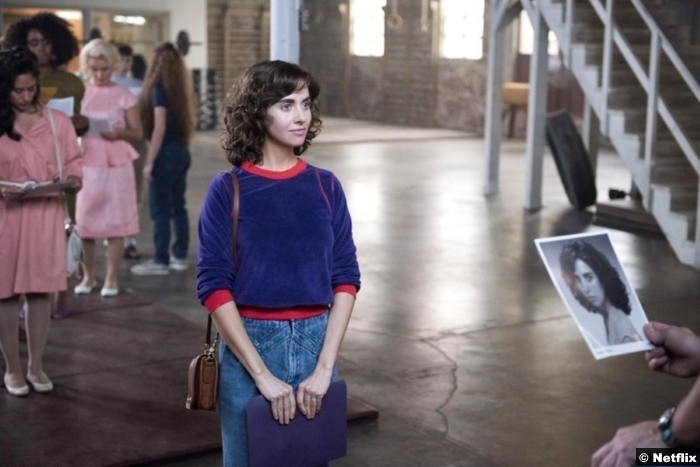 At the auditions, we see the assortment of women who will soon become the wrestlers of GLOW. My favorite immediately and forever is Sheila the She-Wolf (Gayle Rankin). In reality, she’s a rather fragile-looking blonde, but she painstakingly applies layers of smudged eyeliner and paints her teeth brown every day. Her makeup matches the vibe of her fright wig and outfit that looks like she sewed it together out of roadkill scraps. 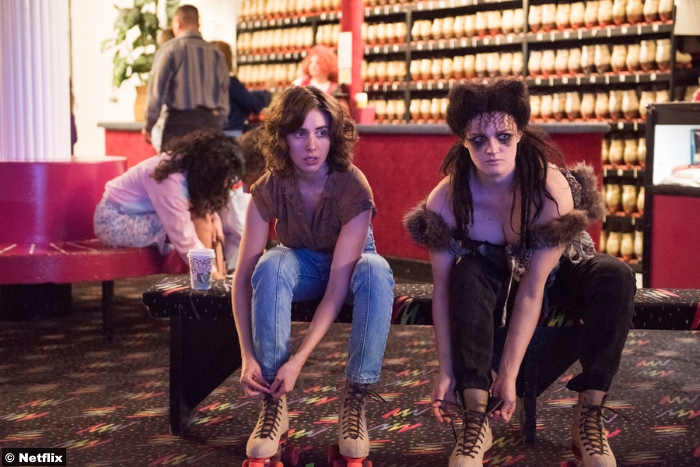 Even though it’s more of a lifestyle to her, Sheila’s come with a character already in place. The other ladies have their characters decided for them by director Sam Sylvia (Marc Maron) and producer Bash (Chris Lowell). Sylvia, a former master of schlock, envisions a very complicated storyline, but Bash wants to hew closer to simpler battles between types. That’s how we end up with some rather stereotypical ring personas like Beirut (Sunita Mani, whose character’s real name is Arthie), a female terrorist type, and the uh, Welfare Queen (Kia Stephens as Tamme). Trying to keep them in line and on track is fellow wrestler Cherry Bang (Sydelle Noel), who used to star in 70s Blaxploitation films, but whose career has faltered as those movies went out of style.

What they really need is a star, and that’s what they get when Debbie, having found out about her husband’s infidelity, shows up to confront Ruth in front of everyone. Sam talks her into joining the show and she’s billed as Liberty Belle, the beautiful American hero. 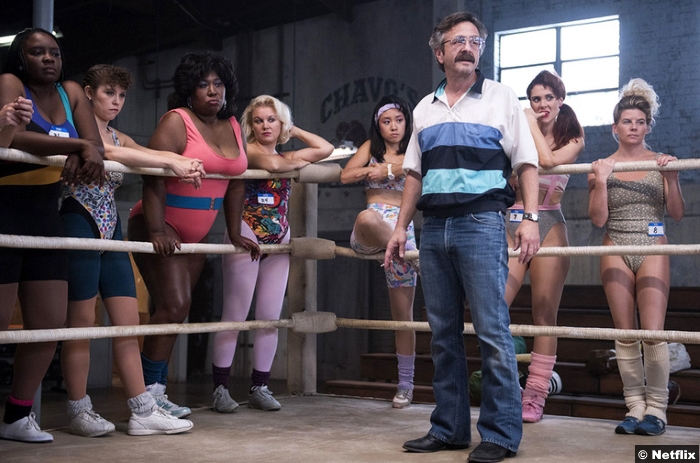 These women know they’re being cast as types, but they’re smart and charming enough to rise above them. They may be playing caricatures of womanhood, but in the ring, they’re the real thing.

Ruth, meanwhile, takes longer to find her character. When the girls are put up at a seedy motel together in the hopes that close quarters will breed innovation, her room is labeled as the home of “Sheila the She-Wolf and Ruth.” She eventually becomes villain Zoya the Destroyer, who’s nothing if not a product of the still-lingering Cold War.

The 80s, the setting for the series, loom large over the show, but never really in a way that feels gimmicky. Despite the cartoon aspects of 80s wrestlemania and GLOW in particular, these feel like real people. One such real person and show standout is Carmen (Britney Young), who comes from a family of professional wrestlers. If she were a man, she could become someone like Dwayne Johnson. Instead, because she’s female, her dad shows up to practice, her brothers in tow, to tell her to knock off the nonsense and come home with them. She’s an adult, though, and she stays. She and we are better for it.

GLOW, like its inspiration, is a fun show. It’s not all hijinks all the time, which lends it needed depth. At its heart, though, GLOW is a classic tale of ragtag misfits trying to win. While I’ll let you watch the show to see how that turns out, it does succeed as being worth your time. Although it’s got a healthy amount of cameos from wrestlers and wrestler-adjacent folks (like Brooke Hogan), it’s not a show for wrasslin’ fans only. If you do like wrestling, you’ll probably like GLOW. But you don’t have to have ever seen a WWE match to understand it. If you’ve ever wanted something, especially something someone else told you couldn’t have, you’ll get it.

9/10 – Netflix’s GLOW is a fun 80s romp that dips into stereotypes for its wrestling personas, but fleshes out the characters who play them. It’s a portrait of a specific time and place and it feels real. The characters may be clad in some truly horrifying 80s fashion, but there are real hearts underneath that acid wash.