It’s March already and I have that amazing March feeling, a feeling which my body clock is telling me means that Game of Thrones is only a month away from returning. Except it’s not, its returning later this year with no concrete date released by the show’s creators. SEVEN HELLS! What this means is that there is even more time to obsess about what will happen in the show’s seventh season, which I’ve already done in this previous article. Which frees me up to get weird, so let’s take a look at some of the theories that fans have come up with so we can kill time until our long night is over. 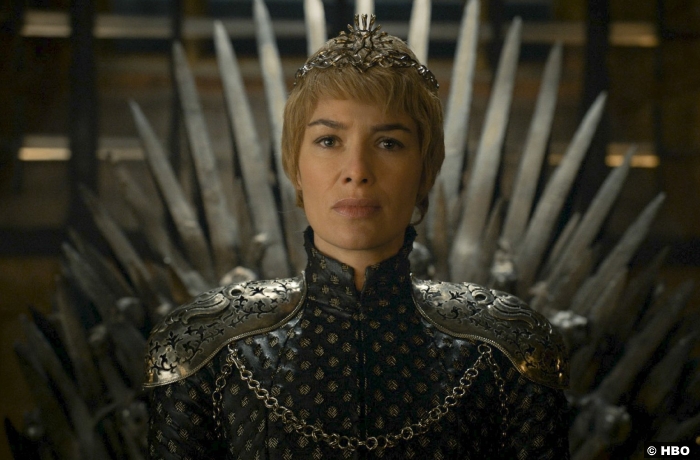 Can this really be called a theory when it’s a no-brainer? Cersei’s status as the new ruler of Westeros was achieved through blood and wildfire, the same wildfire that the Mad King kept hidden in secret places in Kings Landing for all of these years. Throughout Game of Thrones we have seen how ruthless Cersei can be and with all of her children dead (the only thing that even slightly humanised her) she has free reign to rule as she sees fit. Feel sorry for the people of Kings Landing as Cersei’s walk of shame wasn’t that long ago. 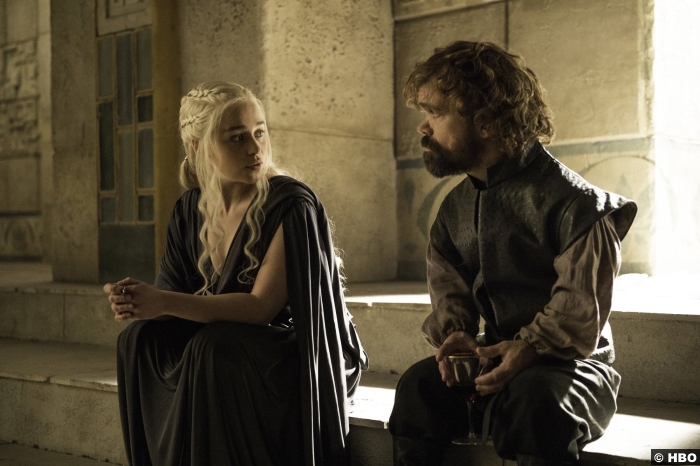 This theory has been popular ever since the show first aired and with a few hints coming from the novels this theory is likely to be true. The story goes that Mad King Aerys raped Johanna Lannister, the mother of Tyrion, Jamie and Cersei, and Tyrion was born as a result. There’s nothing concrete to prove this apart from the novels mentioning how fond Aery’s was of Johanna, but it would explain Tywin’s hatred of his youngest son. The thing is that, with Tyrion now with Daenerys he doesn’t need to be her secret half-brother. Having Tyrion be of pure Lannister birth would make their alliance more powerful. 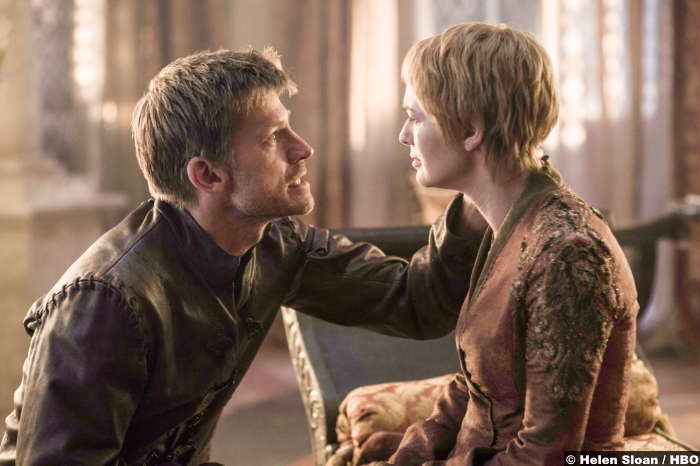 We all saw that look at the end of The Winds of Winter that look of fear and disappointment on Jamie’s face as he saw his sister/lover on the Iron Throne. It was a terrific scene that conveyed Jamie’s horror at the fact that Cersei only sits there due to all of their children being dead and Cersei destroying her enemies, and many citizens of Kings Landing in order to get revenge. Many believe that it will be Jamie that ultimately kills Cersei but my money is still on Tyrion. Everything that the witch told Cersei in her childhood is coming to pass: she is Queen, there is a younger (true) and more beautiful (matter of opinion) queen coming to usurp her, and all of her children are dead. That just leaves a brother to end her life, and given the animosity between her and Tyrion, culminating in his trial for Joffrey’s murder, Tyrion is my bet to complete this so-called prophecy. 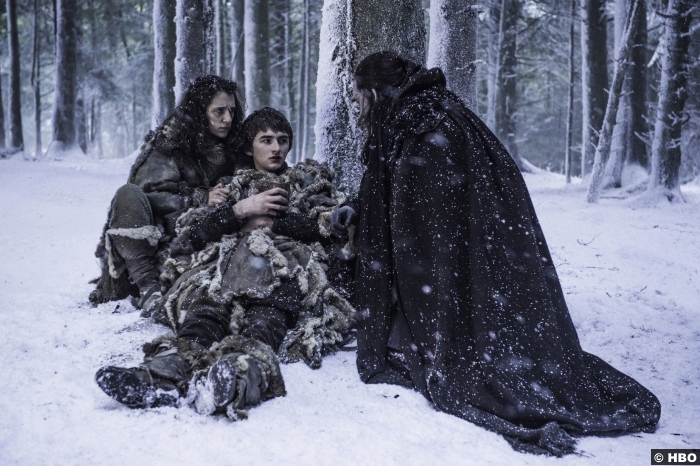 The tower of Joy was a crucial location in the history of Westeros, and for Game of Thrones the show. Through Bran Expositions vision we seen the birth of Jon, confirming that his mother is indeed Lyanna Stark making Ned John’s uncle. What many, including myself, have missed is the presence of Ned’s fellow soldier, and friend, Howland Reed. Reed was partly responsible for defeating Arthur Dane and, despite his injuries, is the only man apart from Ned to survive the attack on the Tower of Joy. So what if Lyanna didn’t just give birth to Jon, what if there was another baby, a twin sister, and what if she was Meera. In a trick straight out of Star Wars the only way to keep these children safe from King Robert was to separate them and raise them apart. So Jon went with Ned and Meera went with Howland Reed. The problem with this theory is that at no point in the show is it mentioned that Meera, like Jon, is a bastard in the eyes of the public. It would still be cool though.

Who is Azor Azhai aka the Warrior of Light? 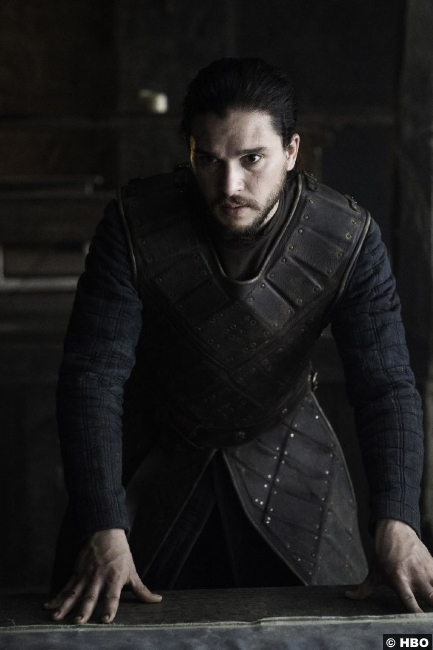 Is it Jon? Is it Daenerys? Is it Jorah? It could be Sam, no that’s too far. What about Brienne? The popular theory is that Azor Azhai will be Jon as he has literally risen again in order to battle the White Walkers. At least that’s what Melisandre thinks, but she thought that it was Stannis for years so she’s not exactly an authority on this. Plus Jorah, as another candidate (who would probably have to kill a lion which would be Tyrion, and his beloved, which is Dany, in order for any sword that he has to become Lightbringer) has a greyscale problem so that puts him out of the running until that masked woman from Quarithe (I’ll bet you barely remember her) cures him somehow. I can’t help but think that Lightbringer is the key, and a sword that can beat the White Walkers has to be made of Valerian steel. So as far as I’m concerned, anyone who has Valerian steel could be a contender, no matter how unlikely.

Bran is responsible for the Mad King 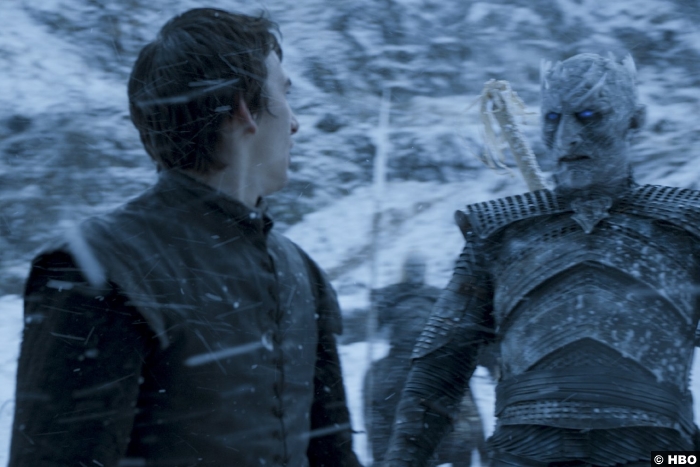 This may be my favourite theory. Bran is one of the most powerful beings in the Game of Thrones universe: able to travel back in time, and even affect things when he’s there. Yet with this power comes consequences as now Bran is getting blamed for everything by the fan base. He may have accidentally given the White Walkers access through the Wall after the Night King marked him, but he also may be responsible for the Mad King. The theory goes that Bran travels back to the King Aerys’ reign in order to change the future, but instead drives the King mad by whispering in his ear how everything will go wrong. For Westeros’ sake Bran get your shit together!