It was actually pretty disappointing, which seems like a weird thing to say about an episode that (nearly) ended in a gunshot, but another show already pulled that move this week and made it surprising. I don’t need to be shocked every episode, but I do need a story that’s told well, and all too often this season, it seemed as if Mr. Robot was just treading water. 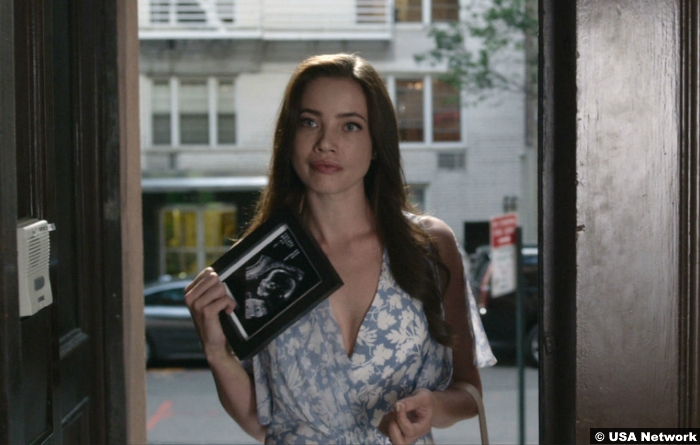 Nowhere was this more obvious than in the Joanna Wellick storyline. She was outside the action for most of the season, interacting with a main character in only one episode, two if you count Scott Knowles as a main character. (I don’t.) In this finale, we found out the meaning of that address she had Elliot trace. It is Scott Knowles’s building. It turns out that Tyrell never contacted her; it was Scott the whole time. After he confesses that he did it to cause her as much pain as Tyrell killing his wife caused, Joanna berates him. She is especially cruel, seemingly trying to goad him into beating her, which he does. Afterward, she tries to convince her dumb boyfriend, whom it turns out is a catering company bartender, to say he saw a disheveled Scott coming down from the rooftop at the party. (The implication being that he killed his own wife.) Okay, great but…what the hell does this have to do with the rest of the show? Her continued presence on the show would indicate that she is important to the overall story, but nothing about her plotline this season illustrates why.

Not that the overall story is all that concerned with explanations, either. At least Elliot (and we) find out what Stage 2 really is, though. While it does involve death, it’s not what we may has suspected. You may recall that earlier in the season, there were scattered references to the fact that E Corp was having to reconstruct all its records. Since we can’t trust computers now, the reconstruction is all on paper. All those records were gathered at corporation location across the country, which would have made things a lot more difficult for an ambitious terrorist, but E Corp is helpfully gathering them at one building in NYC. That building, or more properly, the destruction thereof, is Stage 2. 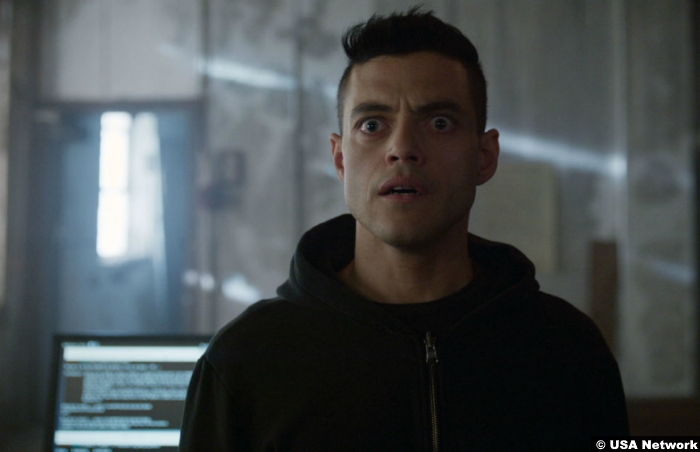 Elliot, who is frustrated and angry about the state of the world but not homicidal, is horrified. He can’t imagine that he would have concocted a plan like this. Well, you didn’t, El. Mr. Robot did. But you are Mr. Robot. So you did. And so on and so forth, until I wish that Jack Nicholson would just step out and slap someone.

Before we get to the violence, though, let’s visit two people in the aftermath of violence. Dom is holed up in FBI interrogation with Darlene, who refuses to answer any questions, lest she incriminate herself. Just saying that seems incriminating, but you do you, Darlene. Dom tries all her tricks to get Darlene to open up, including relating to her as a lonely girl. Before this, though, Dom’s boss has a go, making multiple references to USA network shows like Burn Notice. It’s really off-putting and it yanked me right out of the story. Dom finally resorts to vanity, after Darlene insists she’s not the leader–the DC crew rolled on her–and that she’s not special. She tells Darlene about the tremendous effort that’s been devoted to 5/9–over 6000 agents devoted–and then she shows her their war room, where the FBI has its own crazy evidence wall. Nearly everyone appears to be there, including the recently deceased Cisco.  It’s hard to pinpoint the emotion on Darlene’s face when she sees the wall, because she appears to be experiencing about five of them at once. Whether she rolls on fsociety is left for season 3 to explain, but it’s the best moment in the episode. 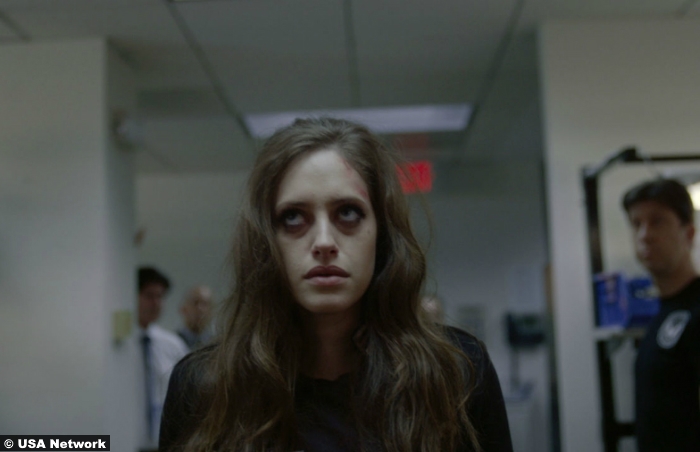 Meanwhile, Elliot is still trying to explain Tyrell to himself. He ends up deciding that Tyrell is like Mr. Robot: all in his head. That is an assumption that ends up getting him gutshot, the contingency plan that Elliot himself apparently set up in case he later tried to stop Stage 2. As Elliot lays there bleeding and Mr. Robot starts blinking out, Tyrell calls Angela, who seems to know all about not only Stage 2, but the contingency. That makes about as much sense as the entire season, so…sure.

And that’s where season 2 leaves us. Well, almost. We do find out the fate of Trenton and Mobley. It turns out that they’re in Phoenix, working at a Fry’s Electronics under assumed names. On their lunch break, Trenton mentions another contingency plan, something that can undo the hack. They don’t get much of a chance to give us more answers, though, because they’re interrupted by Leon, who asks if they have the time. 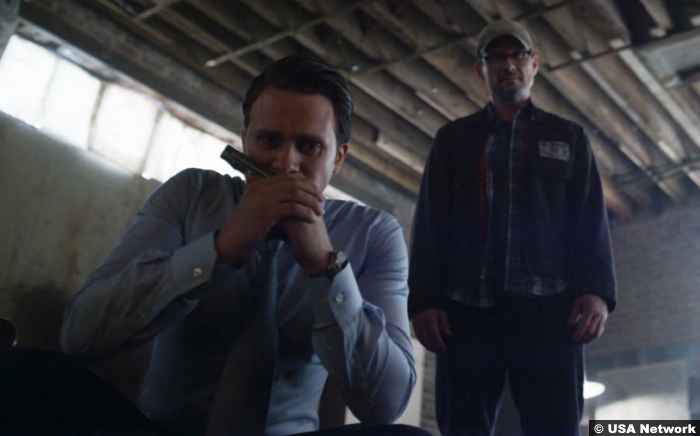 Speaking of, you may call me Whiterose, but I’m concerned about time and pacing now, too. As I mentioned at the beginning, it felt like we spent too much time this season just killing time. It was like the show didn’t have enough story to fill all the episodes. Maybe that was why it became almost over-reliant on cliffhangers. But the strength of the show doesn’t rest with those or with the shocking moments, either. The show excels in character moments, in the quieter scenes. It’s the quiet ones that are the most compelling. It’s the quiet ones you have to watch out for. Just look at Leon.

7/10 – In the season finale, some questions are answered, like who killed Romero (a neighbor, who accidentally fired a gun in his own apartment). But with far too many left answered–the deal with the Washington plant, Whiterose’s endgame, Price’s endgame, why Joanna is still here, etc.–as well as new questions introduced, it all felt very unsatisfying.