Last week, Mr. Robot was insistent that the world runs on lies and this week, that was reinforced by the reveal that everything Elliot has told us about his world since the hack was an illusion. He needed that illusion to maintain control, but he’s stuck in a Mobius strip because control, as we have also learned, is an illusion.

Before that moment, the final scene’s full reveal, we spend the majority of the episode with Angela. We return to the same place we left her, at her desk trying to complete the hack and being interrupted by Dom. The FBI agent wants to know why Angela was on a restricted floor and Angela’s answer is not as convincing as she thinks it is. Angela is trying to play a long con, but as we see later, she’s not as skilled at it as she needs to be. You can’t con a con man. 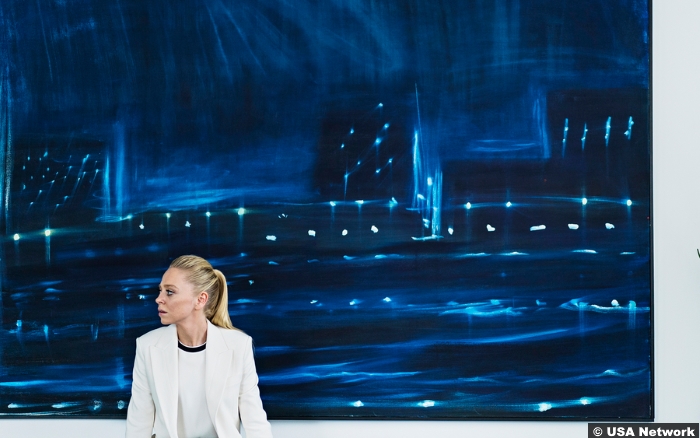 And speaking of cons, way down in the hole, Mr. Robot finally tells Elliot that he shot Tyrell. Tyrell had become a liability–he was talking crazy, rhapsodizing about killing a woman (presumably Scott’s wife) and telling Elliot they were gods. It was only a matter of time before he came for Elliot, Mr. Robot says, but is this just another illusion?

Meanwhile in the other Wellick land, Joanna gives her boyfriend a copy of her divorce decree for his birthday. How lovely!

Back at E Corp, the FBI catches on quickly that something is rotten when surveillance footage disappears. Dom, who, so far, is as skilled as she needs to be, tells some analysts to look for evidence on Angela’s computer, although she’s not expecting there to be any. 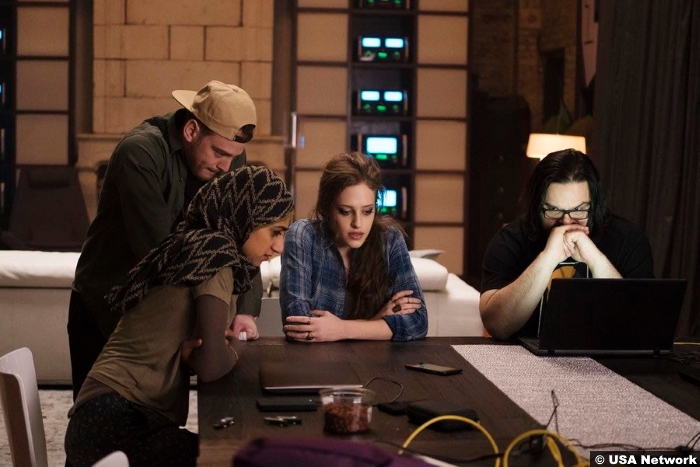 Angela is busy confronting Darlene, who tells her that she’ll answer any questions. But Angela doesn’t want to listen–she wants to be listened to. She used to watch The Careful Massacre of the Bourgeoisie every Halloween with Elliot and Darlene at their insistence; she should have put it together. She muses that maybe she did, but maybe she didn’t want to, because the idea of her childhood friends being behind the 5/9 attack is ludicrous. We even tell lies to ourselves.

Maybe that’s what Ray’s doing when he has Elliot brought from the hole to finish migrating the site. Elliot does the work, but it’s obvious that he’s up to something else and Ray knows this. They play a game of chess, as Ray tells the story of the site and how it was his wife that set it up. He tells Elliot that they never looked at the site, didn’t want to, until Elliot did. Again, this is the story of the fruit of the tree of knowledge. One person couldn’t hold in all that knowledge. Or to put it in a more modern way, information wants to be free. Ray had an inkling that whatever was happening on the site couldn’t be good–not with that much money coming in–but it wasn’t until Elliot forced his hand that it actually penetrated. And the Mobius strip flips again. Illusion is a control.

He asks Elliot how much time he has, knowing that Elliot would have tipped somebody off about the site.  Not much, it turns out. And as the feds pour in, Elliot quotes chess master Emanuel Lasker: “When you see a good move, look for a better one.”

That’s advice that fsociety could take to heart, because their next move is, as Ray described what he did to Elliot, weak. The House of Representatives is in the middle of a vote on the E Corp bailout when the Charging Bull’s bronze balls crash through a skylight. And I have to say, I don’t get it. It seems juvenile and dumb and I’m not sure how it was even possible. Is there such lax security in the post-5/9 world that anyone can just scale the Capitol Building? 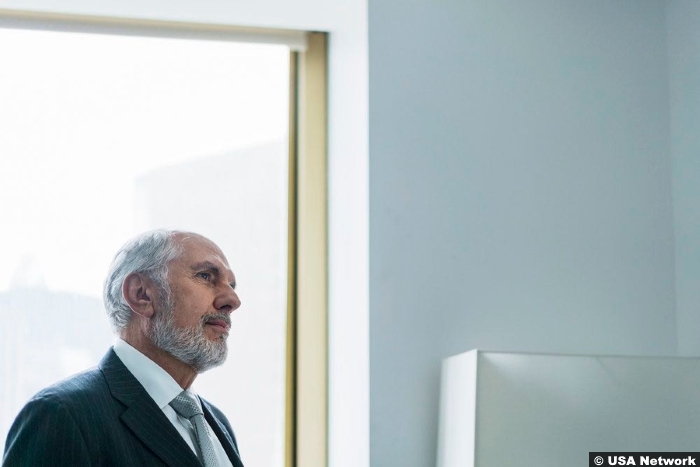 Anyway, dwelling on balls is not where we need to be and I need to stop googling about federal building security before the feds are at my door. Angela is still moving forward on what she thinks Price wants: the removal of the oversight contingency of the lawsuit. This time, she negotiates for a different job than the one she originally requested. Price feigns confusion at her desire for a lateral move (into the risk management department), while we the audience can only cringe at Angela’s nakedly obvious motivation. Price’s motivations are more opaque. When he tells her it’s his birthday and asks if she’ll celebrate with him, it’s hard to figure out what he’s playing at. It’s also hard to figure out what she’s doing when she turns him down with a flat “no.” Obviously, no is a complete sentence, but the con she’s trying to pull off seemingly requires more finesse than this. Later, in a meeting with her new department, she shows the same awkwardness and her new manager finally spells it out to her. He knows who she is, he knows her connection to the lawsuit, and Price said that he could deal with Angela “however [he] wants.” Yikes.

Even Elliot shows more grace in social interactions when he returns to the prayer group and apologizes to the group leader for his outburst. Like Ray, she thinks she’s got Elliot’s number. She thinks he’s been talking to Jesus the times she’s seen him struggling internally with Mr. Robot. She tells him that she’ll let him have some alone time, as he’s beautifully framed in the room under a sign reading, “YOU ARE NOT ALONE.”

Although he’s got most things in control (or the illusion thereof), there are still some folks who aren’t his biggest fans. At the basketball court, a group of men who look like counselors at white supremacist day camp hassle him about the site going dark and their subsequent money loss. Leon defends him, but he’s not around when they jump Elliot later and threaten to rape him. Oh, wait, but yes he is. There he stabs all of them–is this the real life? is this just fantasy?–and reveals himself to be an agent (and avenging angel?) of Whiterose.

If that wasn’t weird enough, Elliot meets with Krista (Gloria Reuben) and they discuss a piece of paper he got. He refers to staying at his mom’s house and Krista asks where Elliot thinks he is. That’s when Elliot’s carefully constructed life as he’s introduced it to us this season starts to fade into the drab confines of the actual prison he’s in and the Mobius strip turns over again. Ya called it, internet! 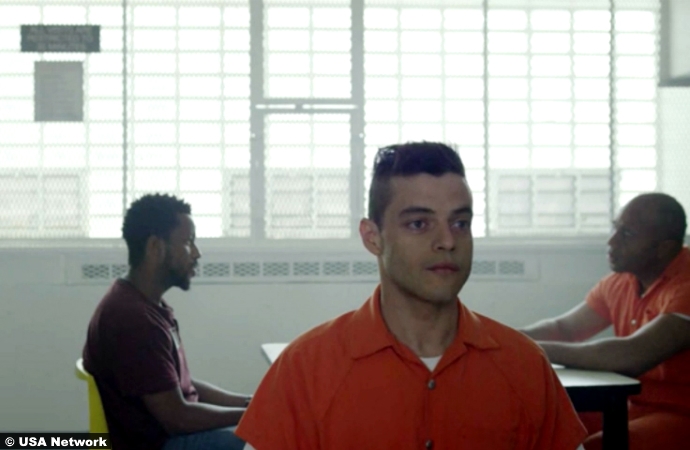 As for the ramifications in the show, I have to say that I found the reveal to be anti-climactic and not just because it was already a popular fan theory. On this season of Scream, many fans figured out who the killer was, but the actual reveal still managed to pack a punch. Aesthetically, the scenes where Elliot’s daily routine fades into prison life were done well, but storywise, it injects predictability into a show that thrives on just the opposite. Elliot tells us that he didn’t lie to us, that all the stuff we’ve seen really happened, and then he wants to shake on it. But in a world running on lies, how can we trust him again?

8/10 – Almost everything’s out in the open, but this season’s biggest reveal (so far) goes out with more of a whimper than a bang. Also, there are few tropes I dislike more than “it was all a dream.” “This was all in a snowglobe” would have been preferable. Illusion is a control.