It’s one of the oldest stories ever told. Once you eat the fruit from the tree of knowledge, you can’t go back to not knowing. This week on Mr. Robot, Elliot learns some information he probably wishes he hadn’t. Curiosity didn’t work out so well for the proverbial cat and Elliot’s not doing so hot, either, at the end of this episode.

Before all that, though, we join the FBI already in progress, squatting on E Corp headquarters as part of their quest to get to the bottom of the 5/9 attack. This is quite handy if you’d like to use E Corp to get, in the parlance of Pacific Rim, drift compatible with FBI computers, but on the other hand, it’s also a pain. Dominique–just call her “Dom”–may think the corporation’s security is lax, but that doesn’t mean it’s a walk in the park. Fsociety doesn’t have time for the kind of social engineering they’d normally employ, so they need someone on the inside. Enter Angela. 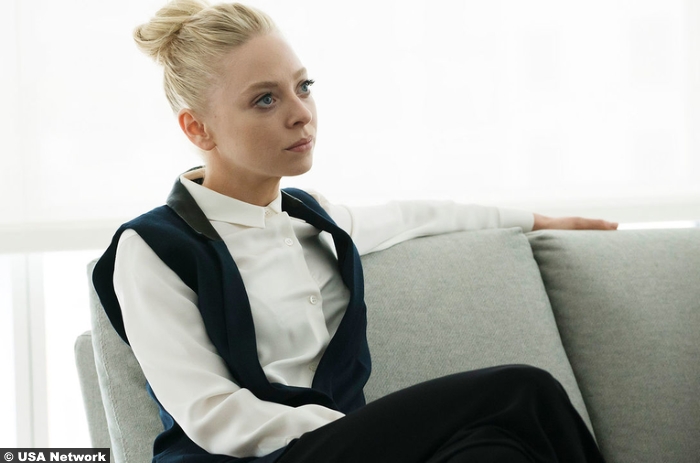 At first, Angela doesn’t want to get involved, just as much as Elliot doesn’t want to involve her. It’s Darlene again who works as the catalyst, spurring both of them into action. Remember Angela’s ex, Ollie (Ben Rappaport)? If your memory is hazy, grab a pen and jot down this diagram: Cisco gave him that Dark Army spyware-laden CD that Angela played on Ollie’s Allsafe computer and that got the whole 5/9 ball rolling. (She executed it on his work computer out of anger, because not only was he cheating on her, but also using it on his PC put her at risk of having nudes and bank data–both on his computer–revealed.) Now that we’re up to speed, we’re up to meeting Ollie with Angela at their old watering hole. They make stilted small talk until he asks about the CD. It is so awkward and obvious that he might as well just say, “Hey, do you remember all the hijinks with that hacker CD from the hackers who upended the economy? Also, please speak directly into my phone’s mic.” Angela plays dumb and drops his phone into his beer, but not before she finds out that he’s spoken to the FBI (and given a description of Cisco to a sketch artist).

When she speaks to Darlene, she’s still on the fence, but after her upsetting encounter with Ollie and a talk, finally, with Elliot, she sees no better option. If the CD is found, the best case is she plea bargains down a definite prison sentence. So she’s all in, meeting Darlene at the temporary fsociety headquarters, where she also meets Mobley and Trenton.

Meanwhile, Dominique and a group of other FBI agents head off to China for what is ostensibly a diplomatic mission regarding cybercrime, the 5/9 attack, etc. They meet with Minister of State Security Zhang, whom you should recognize as Whiterose in drag. They discuss the attacks on E Corp’s servers in the country and another agent tries to tiptoe delicately around the real question they want to ask, but Dom charges in there like a bull in China. “The Dark Army? We’d like to review all intel you have on them.” Zhang makes Dom squirm for a moment, before telling her, “Of course.” Then he invites the whole gang to his house for a reception. 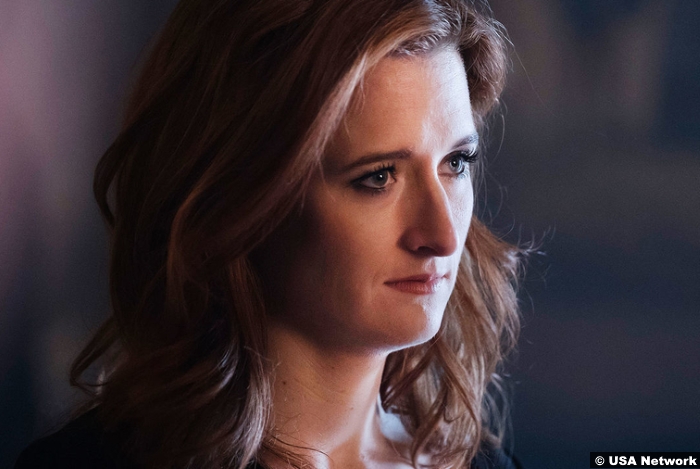 The next time we see the FBI group, they’re all at Zhang’s house for the party. Dom tries to ask for directions to the restroom, but gets lost in translation and then she just gets lost in Zhang’s house. There’s a bit of an Alice in Wonderland vibe as she opens a random door and comes upon a hallway of clocks. As curiosity is Elliot’s exploit, time is Whiterose’s. She (still as Zhang) finds Dom in the hallway and they talk about why she joined the FBI. It’s ten minutes until midnight. Dom says that she was in a relationship and when her partner proposed, she just left the restaurant and never looked back. Then she joined the Bureau. Something about the story prompts Zhang to show Dom a closet filled with gorgeous women’s clothes, like an antique magua and a qípáo, that he claims belong to his sister. Dom will tell another agent the next morning that he doesn’t have a sister, but she doesn’t mention it at the time. Instead, she listens while he muses about the 5/9 attack never happening and alternate realities (shades of Berenst(e)ain?).

The FBI agents are scheduled to meet that next morning so that they can tour an E Corp facility presumably to assess its security. Before that happens, a gunman bursts into their hotel lobby and mows down most of them, including the agent Dom was talking to about Zhang. Dom is able to get another agent’s gun and wound the attacker, who then kills himself. Pretty suspicious, Whiterose.

And speaking of suspicious behavior, Elliot is still working on whatever the Tor site is that Ray wants him to migrate. He tells the creepy watcher Ray has sitting in the room with him that there’s an encrypted database Elliot can’t get into without the help of the old sysadmin. After consulting with Ray, RT (Luke Robertson) the old admin is brought in. He and Elliot have a very suspicious conversation via notepad onscreen that basically consists of RT telling Elliot to shut and stop asking questions, before finally resignedly giving him the login details for this mysterious site. And you can’t unknow something. Elliot logs in and finds a Silk Roadesque site, with merchants ads for guns and hitmen and drugs and oh yeah, child trafficking. You know, wholesome stuff. 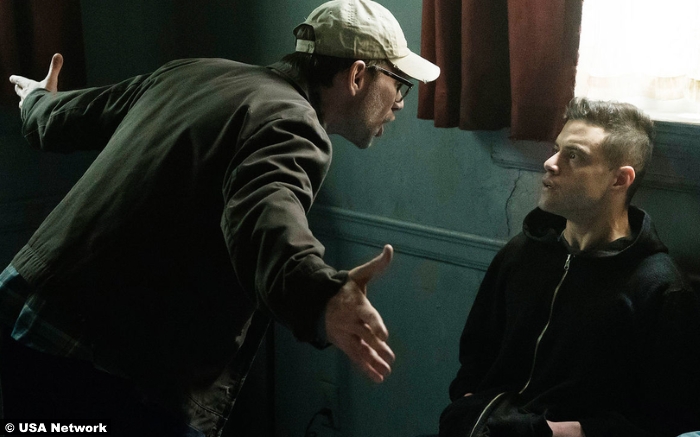 Mr. Robot wants Elliot to let it go, but he can’t. If certain conditions are met, then a logic bomb goes off. Elliot can’t figure out if it’s his or Ray’s bomb, but it’s blowing up in Elliot’s face. Mr. Robot tries to get Elliot to look away, but he’s eaten the fruit and he can’t deny it. “Can you?” he asks us. While he’s lying in bed, he’s once again set upon by goons. This time, however, it’s no delusion. They’re Ray’s goons, who bring Elliot outside to both the watcher, who drops RT’s amputated rattail on the ground, and Ray, who adds insult to impending injury by “I told you so”-ing Elliot before the goons beat him.

9/10 – Once again, Mr. Robot knocks it out of the park. This week, things got exciting and introduced some intriguing new questions. Why is Whiterose (probably) trying to kill FBI agents? How do you solve a problem like Ray? Will we ever find Tyrell? When will Joanna be integrated into the story at large?

[This week in Wellick Watch: Joanna has her own personal goon kill Kareem the parking attendant who found Elliot in Tyrell’s car last season, AND THEN tell her about it while she’s holding her daughter. Also, she gets a silver rattle in the mail in an unmarked package and she gets a phone call that sounds like it’s coming from outside the apartment–she hears the echoes of sirens–but no one is out there.]