In April, everything was thrown aside as we reflected on the revolutionary and genre-defining sci-fi feature, The Matrix. In May, we talked about the awesomeness that was Star Wars Episode I….’s teaser trailer, before lamenting in June how the masterful IRON GIANT fell through the cracks. In July we reflected on the seminal low-budget horror hit, The Blair Witch Project before taking a break in August to consider how culturally-defining the year of 1999 was in all aspects of entertainment. In September we looked back on just how timeless the dated setting of Office Space is, twenty years after release.  October reminded us of the macabre thrills and fun of Tim Burton’s Sleepy Hollow. While in November we looked back on the enduring tribute to nerd fandom found in Galaxy Quest.

There have been many adaptations of Dickens’ seminal holiday morality tale, A Christmas Carol; so many have been adapted it can arguably be called the “greatest” work of Christmas fiction ever told.

George C. Scott had what was, for the longest time, the definitive edition, a BBC adaptation from 1984.

That was, until the Muppets and Michael Cain took up the task in 1992.

Jim Carrey and Robert Zemeckis did a mo-cap rendition that is as highly polarizing as The Polar Express, but nevertheless did a lot right by the story.

Personally, I hold to Mickey’s Christmas Carol and watch it every Christmas Adam (the night before Christmas Eve).

Whatever your fancy, whether theatrical and grim or light-hearted and fun, there’s an adaptation for you. Of those to choose from, there’s probably not a version more underrated than the 1999 adaptation starring Patrick Stewart. 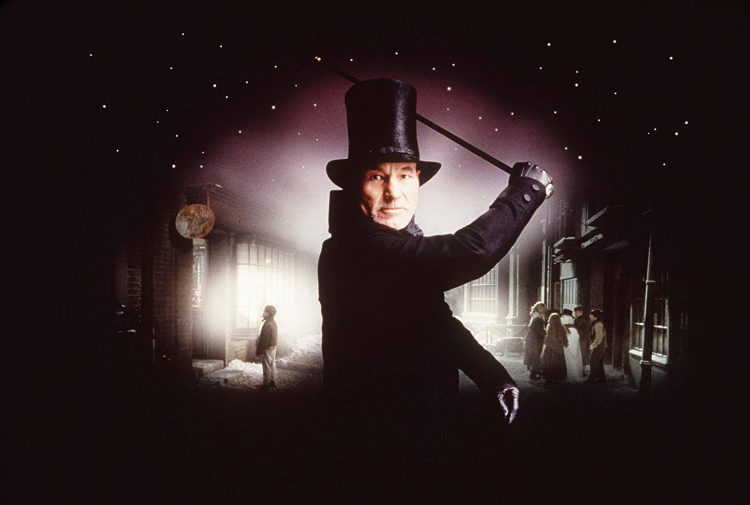 The made-for-TV take on the classic tale came about after Stewart performed a one-man version of the show to great critical acclaim. The filmed version that followed strikes a perfect balance between theatrical direction and style, old school TV special effects, and high quality, cinematic-level acting. There’s not an adaptation quite like it.

The show lives and dies with one performance, however, and that’s the role of Scrooge as played by Patrick Stewart. At this point in his career, he was famous in America only for Star Trek: The Next Generation (1987-1994). A pair of TNG movies afterward had kept him busy but hadn’t expanded his portfolio. The man who made his bones performing Shakespeare was finally given the chance to strut his stuff with this special event. It’s not the one-man show that he performed in London and on Broadway but it’s a showcase for his magnetic presence, all the same. 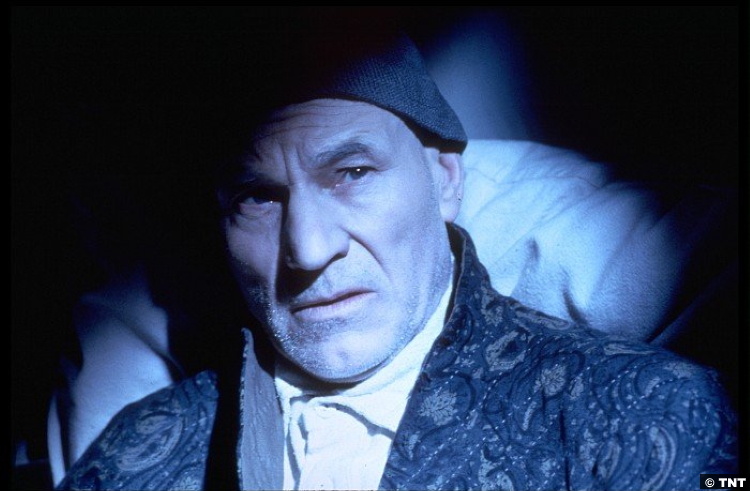 The best part about his performance is how he captures not only the naked greed that Scrooge is famous for, but also the bitterness that fuels that greed. Too many forget (or never knew) that Scrooge was never intended to be a one-dimensional “villain.” On the contrary, he’s the central character, not the antagonist. He’s a man who suffered broken-hearted moments in his youth, which made him jaded and pessimistic.

His famous refrain of “bah! humbug” is particularly misunderstood. Far from it being a meaningless scoff, the word can be better translated/modernized to mean “lies.” In other words, Scrooge has become a man who believes there is no pureness in the hearts of men, he believes everyone has an ulterior motive, so everyone who has Christmas cheer is obviously lying and trying to swindle hard-working folks like himself out of his hard-earned money.

Patrick Stewart certainly can, however. 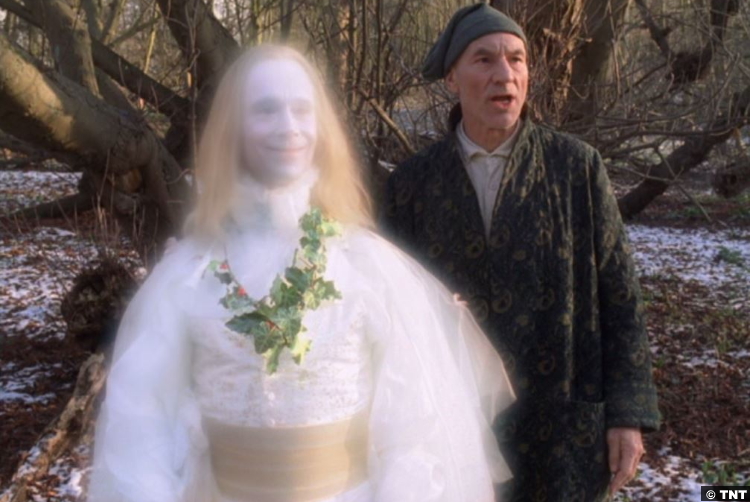 Stewart plays the role without inhibitions, holding nothing back. At times he chews scenery, walking the fine line between great performance and hamming it up without ever stumbling over that line.

The rest of the supporting cast rises to the high standards he set, with Richard E. Grant turning in my personal favorite version of Bob Cratchit.

As a teleplay, though the story only clocks in at ninety minutes, it manages not only to cover all the critical beats of the story, but also many of the little moments found in the book that many adaptations often cut out. I especially love how the Ghost of Christmas Present is seen blessing people on the streets on the way to the Cratchit house. “I bless the poor most of all” he says, and when asked why them most of all, he replies “because they need it most of all.” 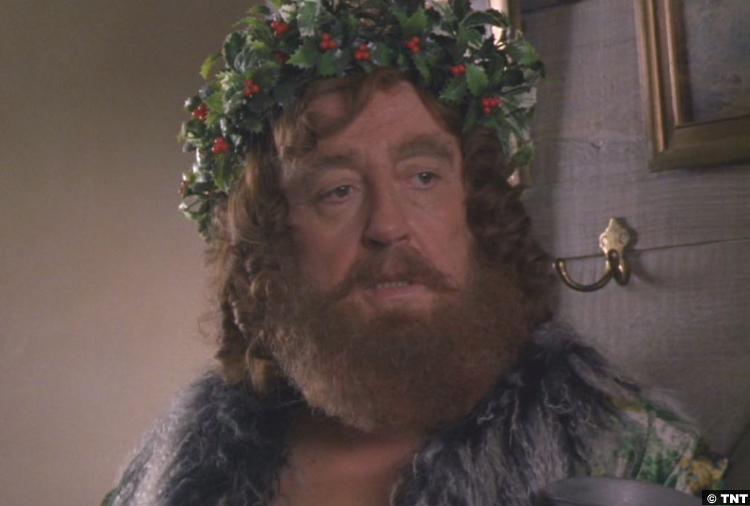 Dickens’ purpose in writing the book was not to create an annual holiday classic, but to shame his fellow countrymen for the horrible treatment of the poor and less affluent in society. The story is very much a parable about the sin of greed in light of poverty. Those themes are, in many adaptations, only broadly touched-on. Here they are given their proper attention.

Rarely will a holiday go by that some version of A Christmas Carol is not watched. It’s a shame that the 1999 version has slipped through the cracks. It remains a shining adaptation of a brilliant story, charmingly directed, faithfully written, expertly acted…and still awesome twenty years later.