Harry Potter is not exactly a series of Christmas stories but there are a few factors that make it feel right at home around the holidays. For one, there’s the fact that every book features at least one chapter set on and around December 25th. Now, since the books span a whole school year, from September to June, that’s to be expected; that alone hardly qualifies it as worthy of Christmas reading/watching. That being said, those particular Christmas chapters are pretty memorable, almost to a book. There’s usually some big event, important clue, or funny moment that happens to Harry and the gang around Christmastime.

And then there’s the fact that, for years, ABC Family would play a marathon of the Harry Potter movies around the holidays, always showing those fleeting moments in the movies where snow and Christmas trees were on screen…

So, despite the fact that Halloween seems considerably more appropriate (October 31st was the day Voldemort was defeated by Lilly’s Love), Harry Potter has sort of fallen into being a Christmas event.

No complaints from me.

With that said, here is our ranking of each of the seven Christmases that Harry enjoyed during the series, from least to most memorable and entertaining.

#7  THE PRISONER OF AZKABAN 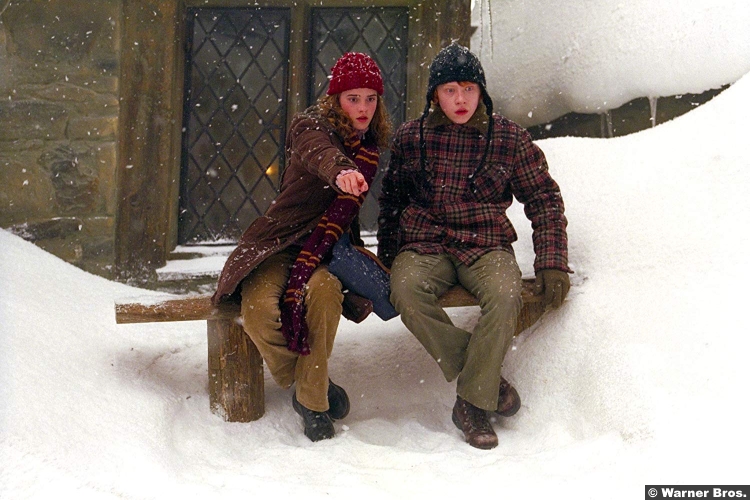 “The Firebolt” is pretty subdued in terms of Christmas happenings and trappings. Nevertheless, presents are handed out, including a new broomstick that’s given to Harry from an anonymous donor. Hermione of course assumes something sinister and declares the broom too dangerous to use. She even says she believes Sirius Black gave the gift to Harry, in the kind of hilarious foreshadowing that readers know to love about JK Rowling.

After the enchantment of the first book’s Christmas and the whimsical fun of the second, book three spent most of its time laying more of the pieces in place for the second half of the book to tie up. A lot of time is devoted to Hagrid and Buckbeak which was certainly important to the plot, but unrelated to the holiday setting. 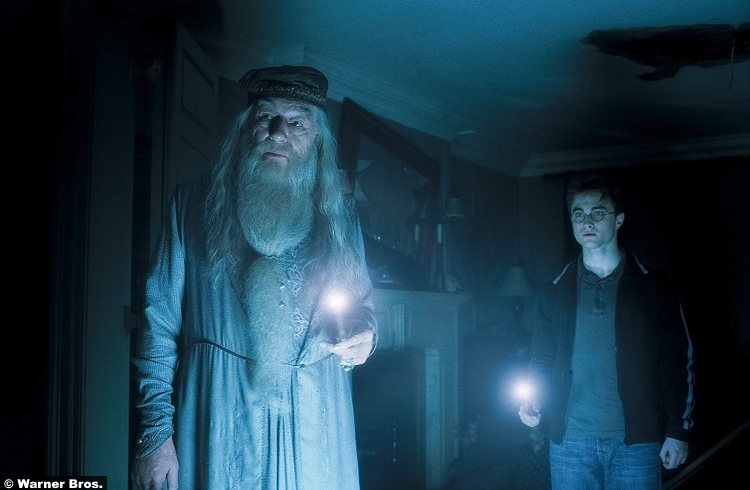 “A Very Frosty Christmas” tells of Harry spending his holiday at the Burrow with the Weasley’s and more than a few members of the Order of the Phoenix. In terms of laughs, there are a few, particularly Molly Weasley’s feuding with Fleur Delacour over the former’s love of magical Christmas music (“A Cauldron Full of Hot Strong Love” being the main sticking point).

There’s some disagreement between the Order and Harry as to whether or not Snape can be trusted (the same argument that we’ve been having since book one, and it comes to a head in the climax of this book), but nothing new is established other than Lupin’s insistence that Dumbledore trusts Snape and therefore everyone else should too. Other than that, the big event is the return of Percy to the Family Christmas, only for him to be there as an excuse for Rufus Scrimgeour to get a read on Harry. Ron got a necklace from Lavender Brown for Christmas; poor guy always gets bad garments and accessories for the holidays. It’s a fine chapter with some fun moments, but ultimately not very memorable.

“The Yule Ball,” on the other hand, is easily one of Goblet of Fire’s most memorable chapters (and movie scenes). The holiday begins with Dobby delivering his present to the boy who freed him. He gave socks as a gift, which, to a house elf, is probably the greatest gift he could think of. The rest of their Christmas day is filled with happiness and levity…but then night falls and the Yule Ball begins.

Ron’s dress robes date to the 70’s from the look of them. Harry and Ron take the Patil twins, though Harry would rather be with Cho and Ron would rather be with Hermione; the Patil’s would have settled for anyone willing to care that they were there, poor girls. What follows is an expertly-written back-and-forth by Rowling, as she moves from the humor of the awkward teenage dance to the intrigue of Karkaroff and Snape and the book’s Big Mystery. The chapter ends with Harry learning way too much about Hagrid and Madame Maxime and being told by Cedric Diggory to use the Prefect’s Swanky bathroom. As fun and mysterious as the chapter is in the book, this is one of the few times where the movie’s interpretation measures up to the printed page. Ron’s dress robes and the cringy awkwardness of everyone at the dance (minus Hermione) really lands in the movie.

#4  THE CHAMBER OF SECRETS 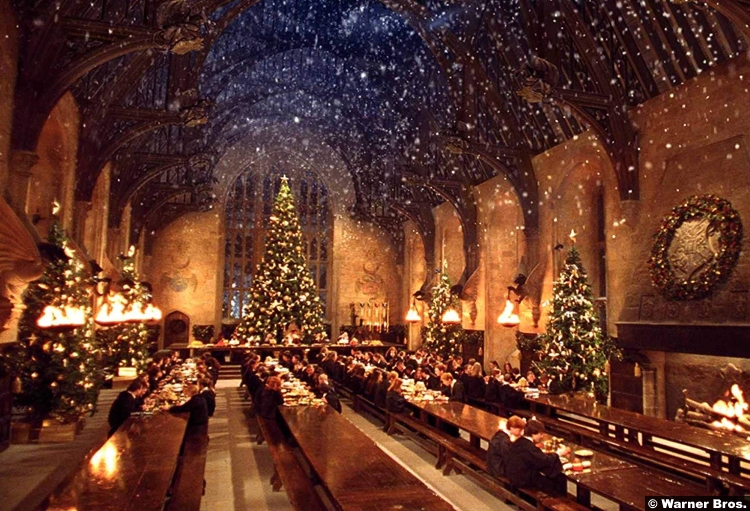 “The Polyjuice Potion” brings us Harry’s second Christmas at Hogwarts. He gets a toothpick as a gift from his aunt and uncle. That has to be my favorite gift anyone gives anyone in the whole series. The chapter focuses on the trio’s attempts to infiltrate Slytherin’s common room. There are some great comedic moments as Hermione plays the superstar here (Seriously, Hermione’s skills are already at NEWT Level and she’s only twelve years old!), whipping up a couple chocolate cakes spiked with magical roofies meant to knock out Crabbe and Goyle. The duo’s hair is then added to the Polyjuice Potion she’d been brewing in Moaning Mertyl’s bathroom (the same bathroom that contained the entrance to the Chamber of Secrets right under their noses, which is what they were trying to sneak down to the Slytherin room to find out how to open…gosh I love these books).

Harry and Ron head down to get some answers (Hermione refuses to leave her stall) from Draco but only discover that the little white-haired twerp has no idea who’s been opening the Chamber. The fun ends as Ron starts to change back into himself and they manage to make it back to Hermione just in time to discover she turned into a literal Thundercat.