Kevin McAllister’s family are the true villains of Home Alone

It’s December, which—in our household—means one thing: The countdown to Christmas! Everyone has their own traditions (including the “I contentiously object” tradition) about how they celebrate the so-called Most Wonderful Time of the Year, but for me, I prefer curling up under a blanket, putting on a holiday favorite either in LP or BluRay form, and taking in the nostalgic joys of holidays gone by.

Our family has a “Christmas movie night” tradition, as do many others, and I take great care in making sure everyone knows what the next film will be, when it will be played, that all cell phones are off, lights are dimmed, curtains drawn, and popcorn popped. These aren’t new movies; these are films we watch once a year, every year; we can quote them backwards, but we watch them over and over again because of the nostalgic feelings they bring to us.

It’s also fun to watch them as an adult and see them with a different set of eyes than I had when I first saw them as a child. Already we’ve talked about Rudolph the Red-Nosed Reindeer, and all the horrible propaganda that TV special promotes…

Rudolph The Red-Nosed Reindeer: A rebuttle.

On the other hand, there’s Home Alone… 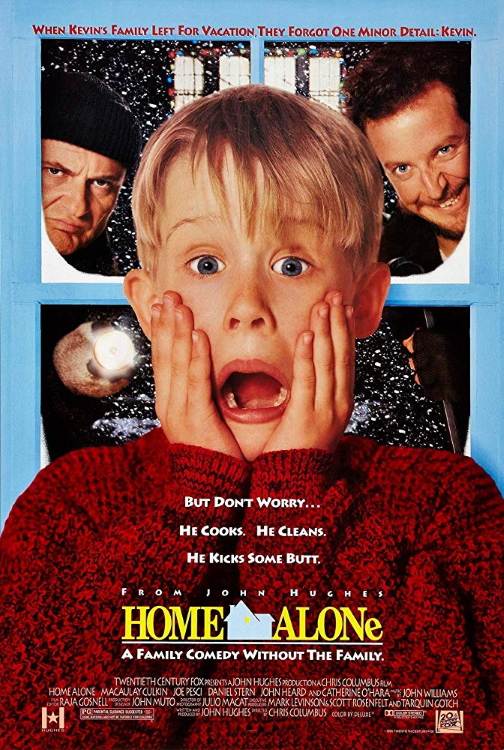 It’s hard to let a Christmas season go by without watching this one. It has everything you might look for in a holiday classic: John Williams’ score is whimsical, classical, and full of great Tchaikovsky odes peppered throughout. The snowy Chicago backdrop is as quintessential to Christmas as a powder-covered Connecticut. The director, Christopher Columbus, was just coming into his own as one of two Spielberg-lite movie-helmers making great little films in the ’80s and ’90s (the other being Joe Johnson). Columbus wrote Gremlins and The Goonies (both of which Spielberg produced), as well as directed Adventures in Babysitting; a film with this premise was right up his alley.

And then there’s the story: “A rambunctious boy is left home alone and must fend for himself for several days while warding off determined burglars hoping to score a big profit over Christmas.” It’s easy to describe and even if you’ve never seen the movie, it’s easy to imagine various set pieces that might be involved in a premise like that. 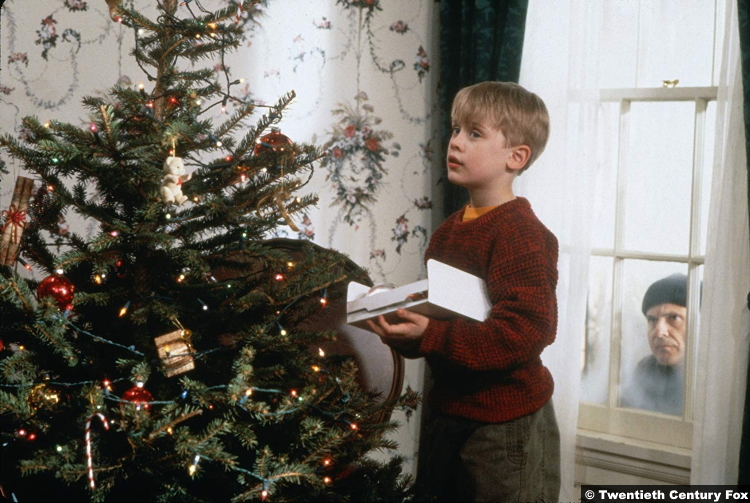 The movie drips in nostalgia, not only today—twenty-nine years after release—but even at the time: The soundtrack, with the likes of The Drifters and Mel Tormé added an old school charm, and the shmaltzy, happy ending makes sure you leave with a smile on your face and a readiness to watch it again next Christmas.

The movie has everything going for it and as a kid I loved it. I love it today too, but as a kid, it’s really easy to identify with young Kevin. Everything a kid has ever imagined and dreamed-for happens to him. Who among us did not get frustrated with our parents and wish them to disappear (only to regret it later)? Who didn’t have childlike thoughts of being in charge of the house, without any appreciation for what that really entails? Who hasn’t thought “if a bad guy comes here I know what I’ll do…” 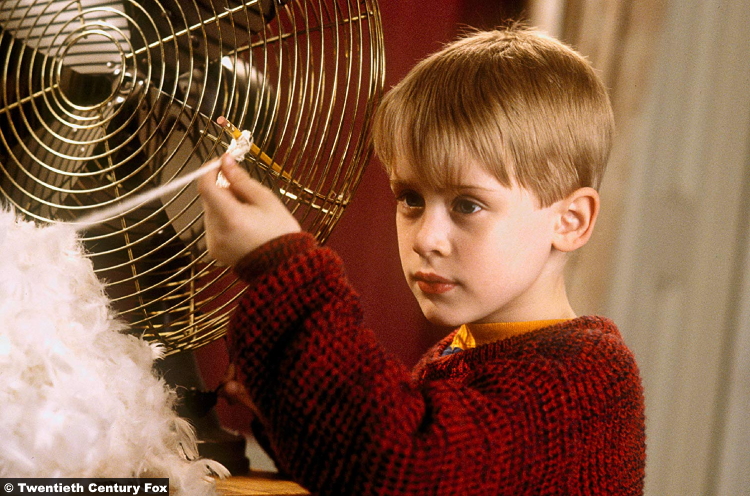 The curious thing about Home Alone, when viewed through the eyes of a child, is how all of those fantasies and dreams not only come true but are played out with zero negative consequences! Kevin gets scared of the old furnace as any child would, but half an hour later he’s telling it to shut up, confident and secure. Kevin has no idea how to buy so much as a toothbrush, as you’d expect from a little kid, but not long after he’s buying a buggy full of groceries like it’s nothing. Escaped armed robbers threaten to ransack his house and potentially kill him? He’s scared for ten seconds and then MacGyvering up the place with enough boobie traps to ensure their capture (yes the old man helped, but Kevin had already called the cops; it was only a matter of time before they arrived).

Kevin gets to live out the ultimate pre-pubescent fantasy of every mischievous little kid, suffering none of the consequences that would, in reality, certainly occur (setting aside the therapy he’s sure to need in years to come). Now you might think the movie is playing it too easy in that case. Kevin needed to learn some things didn’t he? He was a “little jerk” wasn’t he?

I’ll concede that Kevin has a nice little character arc that he goes through in the movie, developing from a kid who can’t even pack a suitcase to someone capable of buying all the milk, bread, and fabric softener needed to keep the house functioning (not to mention the whole “warding off criminals” thing). He grows, he learns, he comes out of the movie having improved as a person. That’s good writing (credit John Hughes, of course). Even as a kid (the movie came out when I was six and Kevin was eight) I was able to watch and appreciate the character development that Kevin goes through. It almost made me want to grow up and do my own laundry.

But all that is kind of a blur to me now. Now I can’t get over the adults. As a parent of three and an adult for some fifteen years, I can’t help but see the movie through the eyes of Kevin’s family, namely his mother, father and uncle. Even though they’re not the protagonists of the movie and their parts to play are merely as plot devices, I find myself, while watching the movie, thinking about those three characters as if they were real people in a real event, trying to imagine if their reactions are in any way normal.

Sadly, for too many kids out there, they are. 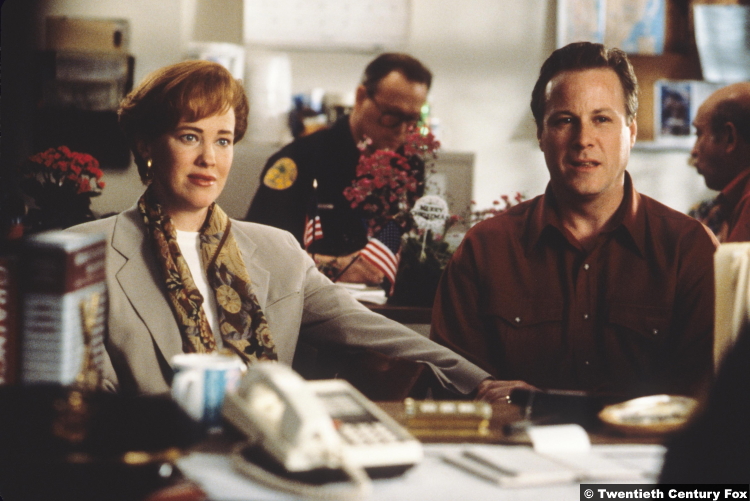 As much as Home Alone is a fantasy, with more good luck coming Kevin’s way than could possibly be plausible, the most typical and ordinary parts of the movie happen whenever those three adults are given anything to do. As a result they show themselves to be some of the worst people on planet earth.

Let’s take them in order from least-horrible, to most: 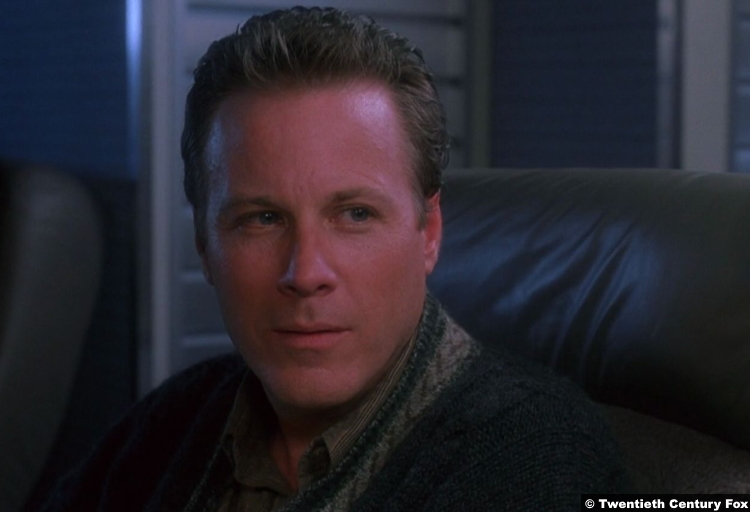 First of all, I have very little to say about Kevin’s father because the movie has little for him to say about himself. By all accounts, Kevin’s dad is aloof and checked-out, business-like in his problem-solving skills and emotionally uninvested in his family. He seems happy to see Kevin safe and sound though he also seems completely unsurprised to find him alive when any number of tragic things could have happened while they were separated. He handles problems as they come, seemingly paying them no mind once a decision has been made about “the next step.” Quite frankly, he’s a master at emotional detachment. 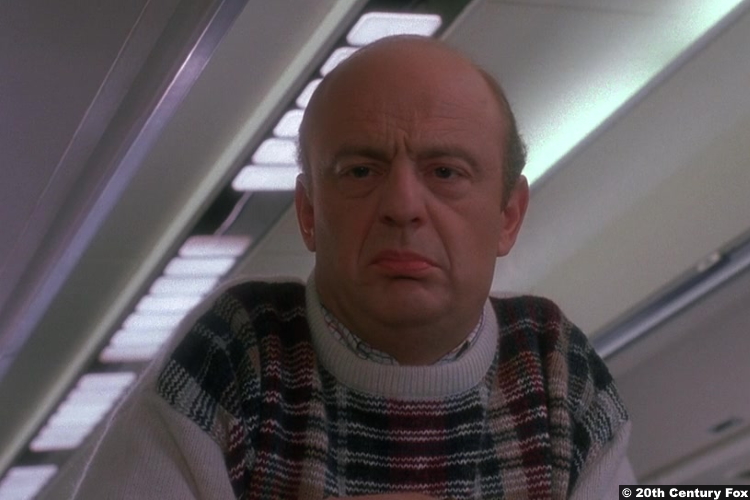 Kevin’s uncle is the dirt worst. He’s cheap, crass, vulgar, and uncaring. He barks at Kevin (as a fifty-something-year-old man) like he’s not an eight-year-old boy. He steals from an airplane. He complains about the Paris weather (while the family is lamenting the loss of Kevin) and equates leaving a child home alone in Chicago to forgetting his reading glasses. He is, therefore, expertly written since, according to the script, he is Kevin’s uncle on his mother’s side, and she exhibits all of her brother’s worst characteristics, only magnified times a million… 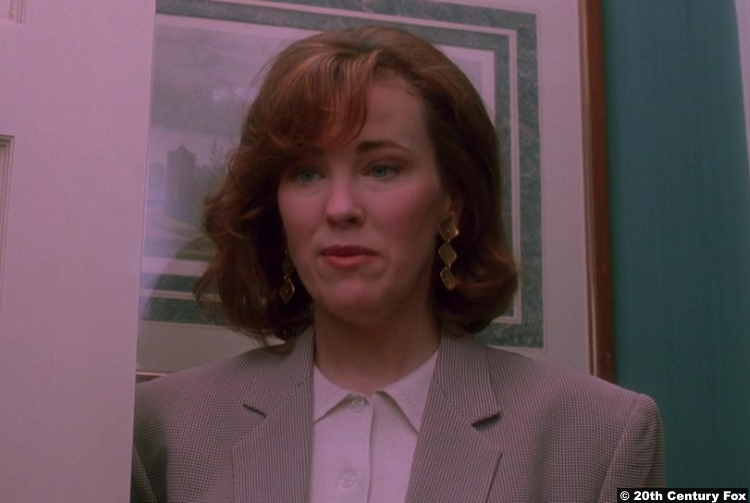 Kevin’s mother is an inattentive, unfair, jerk of a woman without a compassionate bone in her body until something truly extreme finally happens. The only thing that even begins to crack that hard, unloving shell of hers is something as drastic as her son being left behind while she flies to France.

Let’s break down just a few of this woman’s sins, hmm?

1. She never trained or helped Kevin learn how to pack his own suitcase…

2. As a result of (1), when Kevin comes in asking for help, she ignores him while she chit-chats on the phone.

3. Kevin acting out is an obvious cry for attention, but instead of her taking a moment to see to her son, she blows him off at every turn.

4. After the pizza and milk fiasco (during which her brother loudly calls him a little jerk with no repercussions from his sister), she completely rejects his side of the story, refuses to distribute blame and punishment equally, and exiles him to the loft to sleep with the known bed-wetter. She even tells him he’s the only one acting up, which is just blatantly untrue: Buzz provoked Kevin every step of the way.

5. When Kevin calls his mother “dummy” (a move that deserved genuine parental attention) she completely ignores it, demonstrating how little desire she has to be an actual parent, instead focusing on how Kevin “ruined” their night of fun.

6. When Kevin lashes out at his unfair treatment, saying “everyone in this family hates me” this woman has the audacity to taunt her son, saying “then maybe you should ask Santa for a new family.” 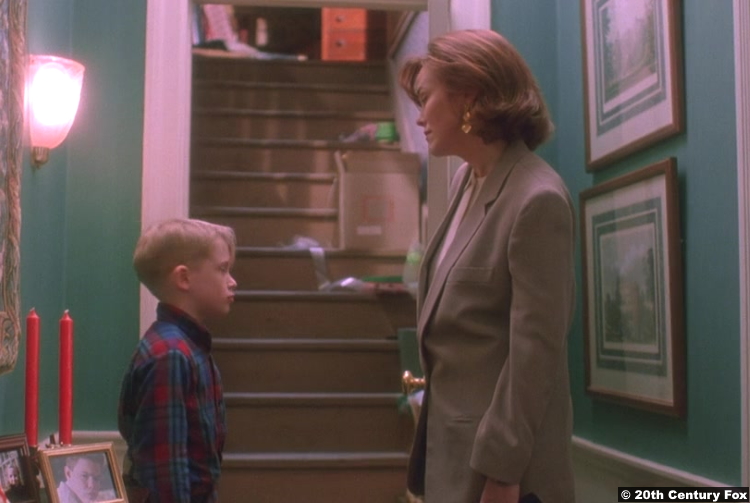 Let’s just ruminate on that last one for a minute, because holeecow what a horrible thing to say to your child. First off, Kevin didn’t say he wanted a new family, he expressed how little the one he had cared about him. That wasn’t offensive, it was A CRY FOR HELP YOU HORRIBLE WOMAN! Clearly, Kevin doesn’t want a new family. He wants the one he has to love him. Now, you might argue that Kevin is just not seeing the big picture, that his family does love him, etc, but I would argue that, as a child of eight, it might be good to…ya know, elucidate on that point every now and then.

Instead, his mother’s response is to tell Kevin to wish for a new family! That is classic projection and shows she wants him gone as much as she thinks he wants to be gone. This is their last interaction before the family leaves him behind and when he is finally reunited she tries to apologize for leaving him but says nothing about the horrid things she said to him before they left.

Now you might think “after everything that happened, she certainly would have grown and developed as a mother. Traumatic events like that can change people!” Sure they can…but then along came Home Alone 2…

Who is at fault in the fiasco at the Christmas Recital? If you answered “Kevin!” (as the mother screamed) congrats: You’re a bad person.

In the ensuing family meeting, Buzz and Uncle Frank are allowed to taunt and anger Kevin without any defense from his mother. In all honesty, the woman just doesn’t love the boy. He would’ve been better off living with the “Salt Shaker Santa” in movie one, or with “Hobo Bird Lady” in movie two.

I love Home Alone, mostly because I see a lot of myself in poor Kevin McAllister. He’s impulsive, rambunctious, frustrated, confused, fiercely independent (despite preferring others to do everything for him), creative to a fault, and insanely hyper-active. I can’t relate to how grossly unloved the boy was, but I can at least join him in wishing he had a new family.

Cause the one he got stuck with doesn’t deserve to own a goldfish.