In April, everything was thrown aside as we reflected on the revolutionary and genre-defining sci-fi feature, The Matrix. In May, we talked about the awesomeness that was Star Wars Episode I….’s teaser trailer, before lamenting in June how the masterful IRON GIANT fell through the cracks. In July we reflected on the seminal low-budget horror hit, The Blair Witch Project before taking a break in August to consider how culturally-defining the year of 1999 was in all aspects of entertainment. Last month we looked back on just how timeless the dated setting of Office Space is, twenty years after release.

It’s Halloween month, which means scary movies from here to All Saints Day. 1999 had its fair share to reflect on and a couple have already been considered. The Sixth Sense put the now-infamous M. Night Shyamalan on the map while The Blair Witch Project ushered in a generation of copy-cat films. There are some other 1999 movies that didn’t make the list, simply because they’re “not awesome.” Movies like The Talented Mr. Ripley, The House on Haunted Hill, and End of Days all qualify as worthy of the scariest month of the year, even if the quality of those movies was lacking.

The movie to consider this month, however, is one that rightly deserves the title of “awesome.” 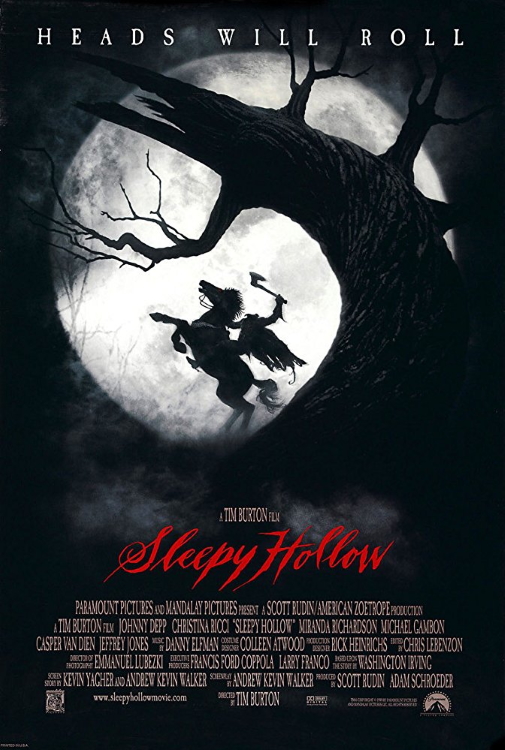 Sleepy Hollow represents the last great “Tim Burton” sort of Tim Burton movie. Before you point to Big Fish (which I loved) and Big Eyes (which I really liked), neither of those movies represent the kind of movie that Burton made a name for himself making in the ’80s and ’90s. There’s a certain style that defines those films like Edward Scissorhands, Batman, Beetlejuice, and Mars Attacks, that has yet to be replicated in more recent movies like Dark Shadows, Alice in Wonderland, or Dumbo. In those movies, you can find some of the pieces but not the whole; the look is there, but not the feel.

Sleepy Hollow was the end of an era and it’s the last movie where Tim Burton put everything together to make a movie that only he could make. Other directors could do their take on the legend of the Headless Horsemen, but none but “Peak Burton” would make it quite like this. To explain that further, let’s consider the six things that make the movie so great… 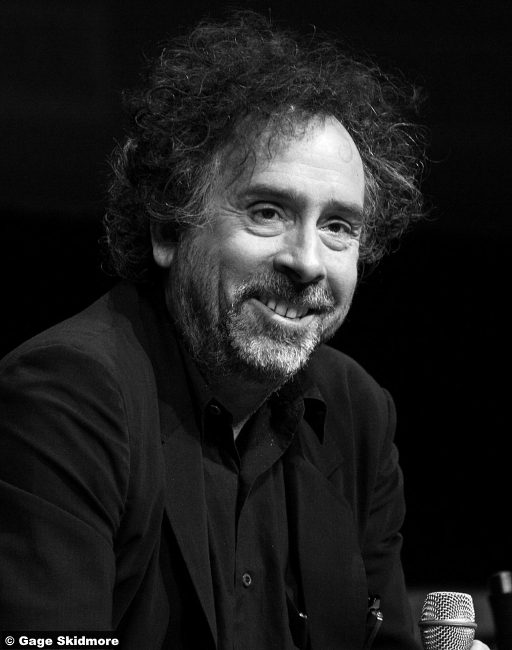 The man at the center of it all needs no introduction, I would hope. As with all his best movies, there was something to the project that spoke to him. It wasn’t a “job” or an “assignment.” He wanted to make this. He had an idea in mind. In this case, Burton had been fascinated by The Legend of Sleepy Hollow story for years, going back to his time as an animator for Disney. The offer came to him after the failure to get Superman Lives off the ground. He received the offer to direct and instantly took to the idea, noting that he’d never done a proper “horror” movie before. Another long-time influence crept into the development, namely Burton’s love of the old Hammer Film Production films (such as Dracula, Frankenstein, and The Mummy). Whenever Burton is inspired, there’s usually at least a spark of magic. Here, the magic covers the film from beginning to end. 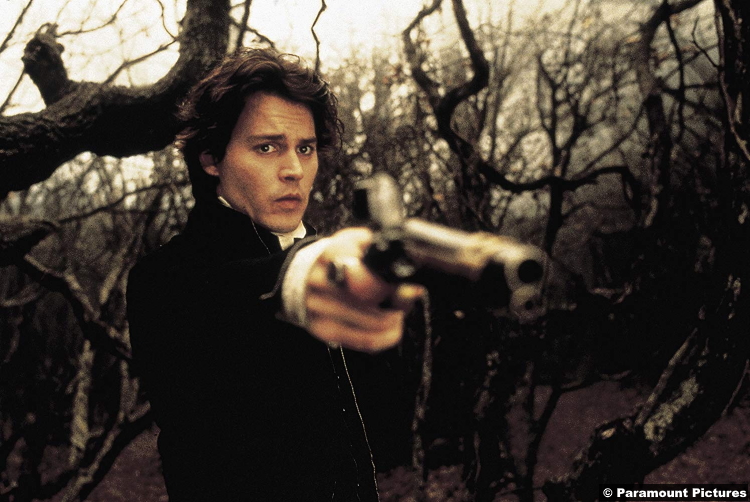 Burton’s long-time collaborator was, at this point, only on his third film together with the director. They’ve done five more since then but none have reached the heights of Edward Scissorhands, Ed Wood, and Sleepy Hollow (though Sweeney Todd comes close). Here Depp plays Ichabod Crane, who was a schoolmaster in the original tale; here he’s a scientist and investigator working to solve the mystery of the headless murders that have been plaguing the town. Depp is, like Burton, in peak form here, acting with vigor and expressiveness, displaying vulnerability and depth to the role that is lacking in much of his post-Jack Sparrow career. 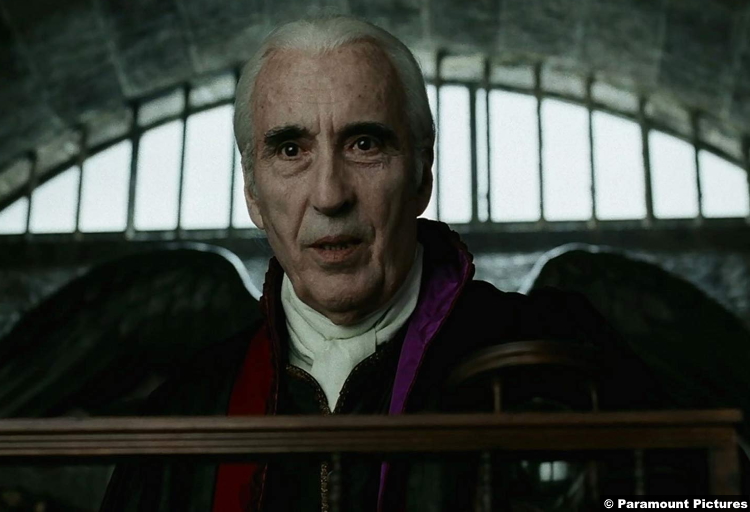 The movie features a whos-who of character actors from the era, including Michael Gogh, Michael Gambon, Ian McDiarmid, Richard Griffiths, Martin Landau, and of course, Christopher Lee in a small but memorable role. You can feel the reverence Burton has for these old thespians and each is given a great moment or two to shine. The movie could have easily been filled-out by bit-actors or TV stars just to save money on casting, but by going for “hey it’s that guy” actors across the board, the movie takes on almost a “lesser star greatest hits” feel. 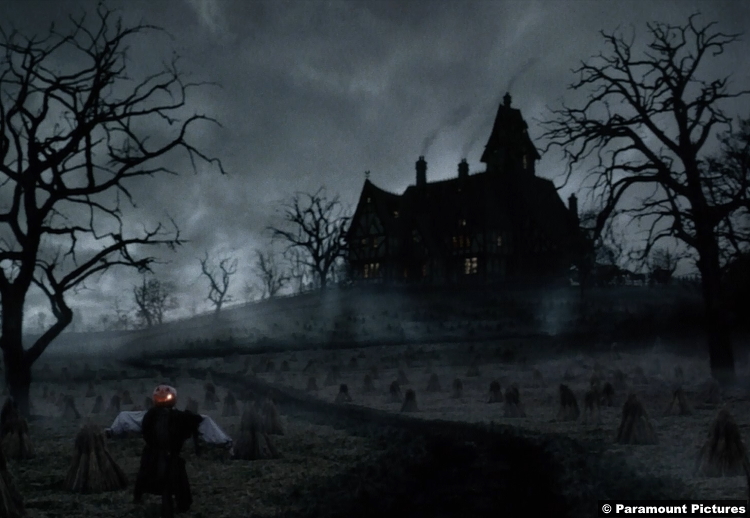 The film is set in 1799 (Crane mistakenly calls it “the dawn of a new millennium) and looks the part perfectly. Incredibly, the film was made entirely on soundstages and backlots (with various miniatures to boot), but the production design (thanks to Rick Heinrichs, who has been one of Burton’s go-to men behind the scenes) is so spectacular you’d never know it wasn’t filmed on location in some English or New England hamlet. Even in Burton movies that disappointed, you could never deny the look of the film was surreal and magical; that was often thanks to Heinrichs. On a film like this, where the source material is strong, the director is inspired, and the actors feel invigorated, Heinrich’s work rises even higher. 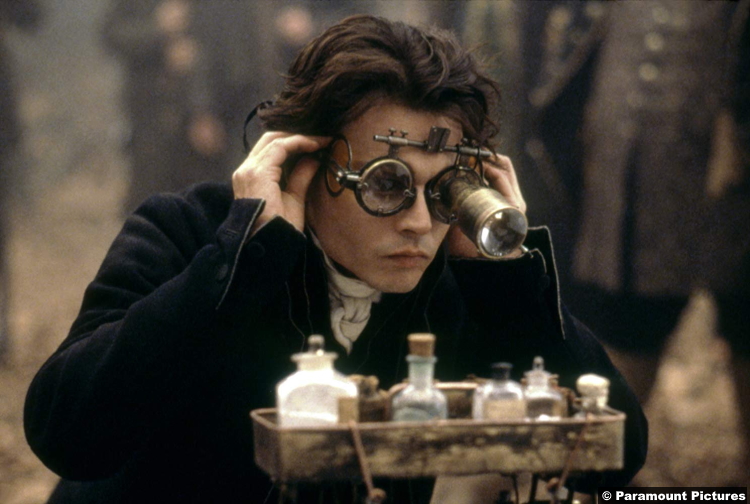 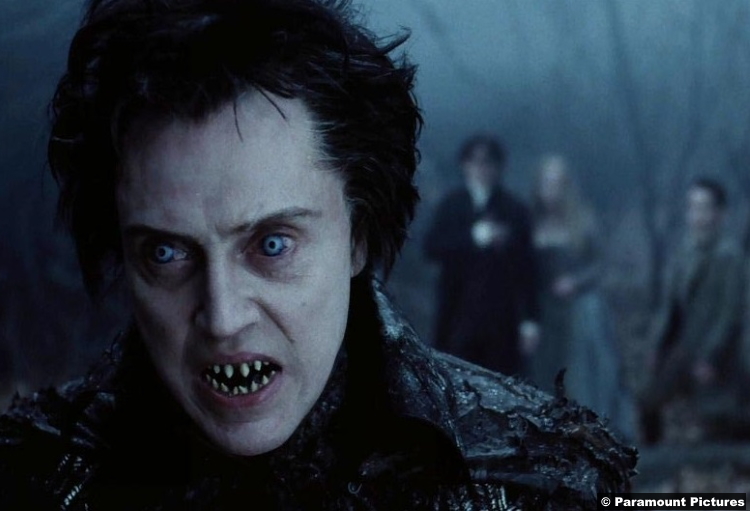 We can’t leave out the surprise of the feature, the man who went uncredited and didn’t appear with his face on camera until two-thirds of the way through the film: Christopher Walken. He turns to face the camera, with a mouth full of shark-teeth and mad, delirious eyes…in other words Christopher Walken but with shark-teeth.  It’s such a random casting choice and it’s the kind of inspired decision that only someone like Tim Burton would make at the height of his creative powers. 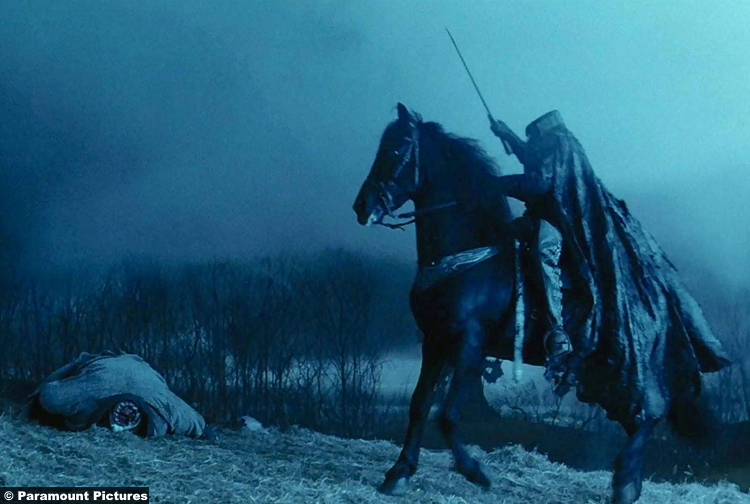 The movie marks the end to a phase of his career that brought some of the zaniest and most unique films to Hollywood, and it’s a movie that ought to be enjoyed, not only this Halloween, but any other time you’re up for a movie that’s still fun, still crazy, still spooky, and still awesome twenty years later.