I’ve talked before about how focused Nancy is, as well as her general suspicion of everyone. This week, we got a look into her past that goes a long way toward explaining why Nancy is the way she is.

Everything’s set in motion by Teddy’s disappearance, which galvanizes the town. When Nancy and Nick are looking around the storeroom where Teddy was last seen, Nancy finds a wax pattern on the floor. Anyone else would dismiss it, but it has special meaning for Nancy. Her first real case was another missing little girl and the same wax pattern ties the cases together. 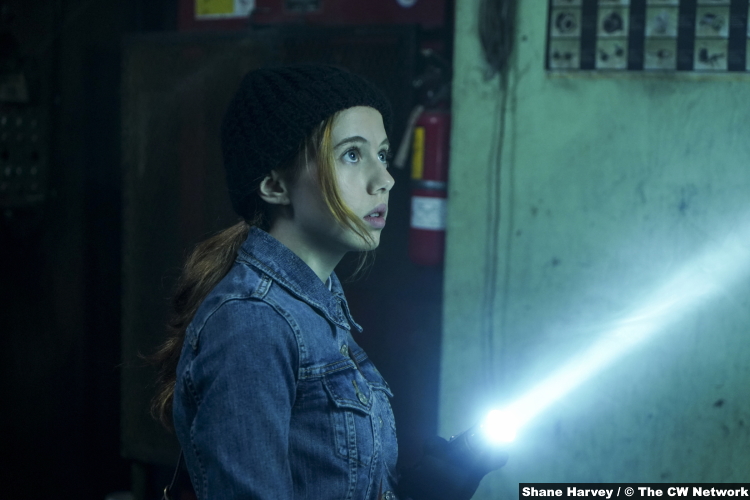 That other little girl, Rose, was taken by a local guy, Nathan Gomber, who’d seemed pretty normal. You know, until he snatched a little girl and tried to sacrifice her and her soul to a demon called Simon.

That last part is something Nancy’s repressed ever since. It isn’t something that comes to her right away–it comes out in fits and starts when she and Carson are looking around the warehouse where Gomber kept his victim. As for why Carson is there, he’s figured out how to keep an eye on his daughter. He absolutely cannot stop her from detecting, but he can be there for her, literally. 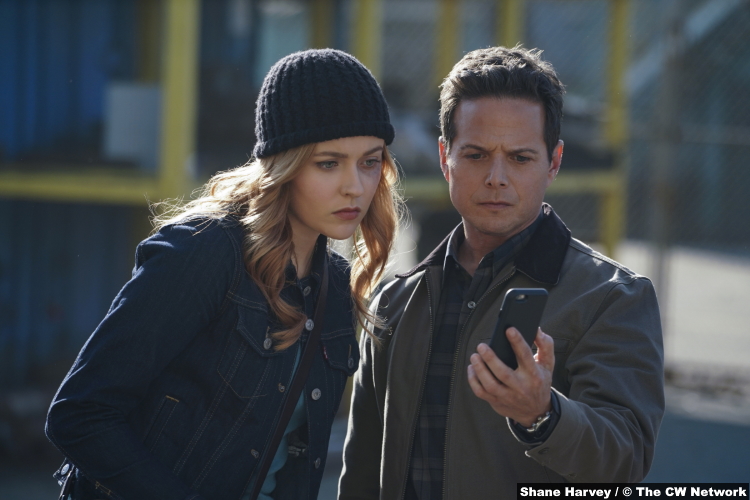 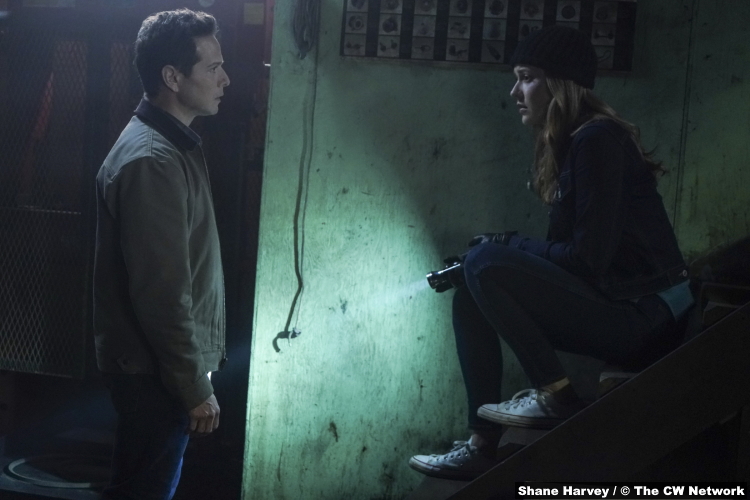 While Teddy isn’t there, these scenes are still excellent for how they continue the work of rebuilding Nancy and Carson’s relationship. This is a good sign after last week, when they were finally able to talk about some of their feelings. It’s easy to forget that Katherine hasn’t been gone that long and they’re both still trying to make sense of everything. So watching them work on their relationship and watching Carson start to treat Nancy like an adult feels good, man.

Of course, part of that has to do with the trauma she experienced during that first case. And this, I think, is the weakest part of the episode. Not Nancy remembering and confronting that past fear, but the supernatural aspects. Normally, I either don’t mind or I like the supernatural parts of the episodes, but this week, it felt a little low-budget. Simon’s appearance looked so fragile that I half-expected it to turn out to be a projection or something, like something conjured up by a Scooby-Doo villain. 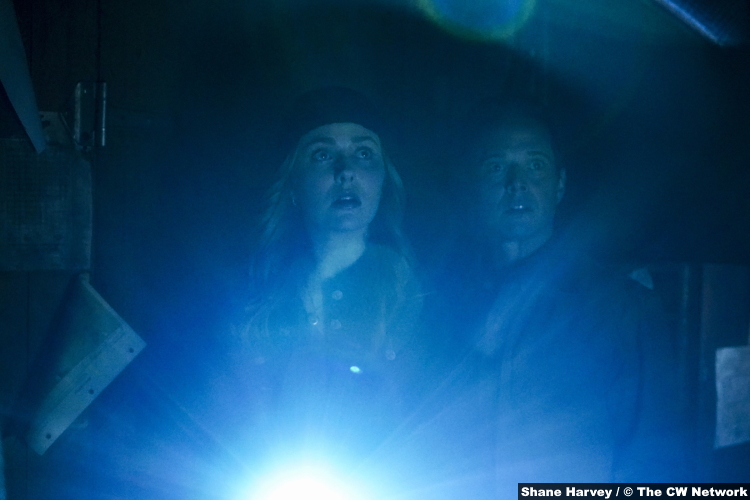 I thought the other plotline, the one with the real kidnappers, Gomber and his accomplice, Moira, was much more compelling. I just wish they’d spent a bit more time on it. Like, we don’t even know what Gomber (or Moira, for that matter) were trying to bargain souls for. Maybe we’ll come back to it; I don’t know. But I think it’s an important point to make, that sometimes the danger isn’t supernatural. It’s the people next door. I think they could’ve hit that point a little harder. 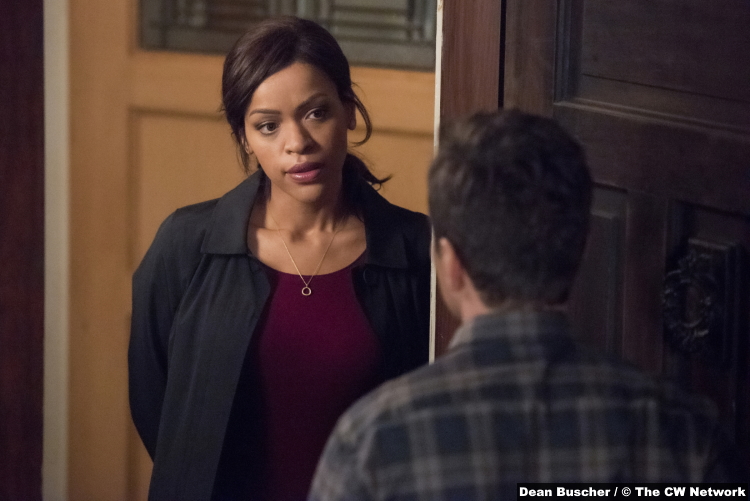 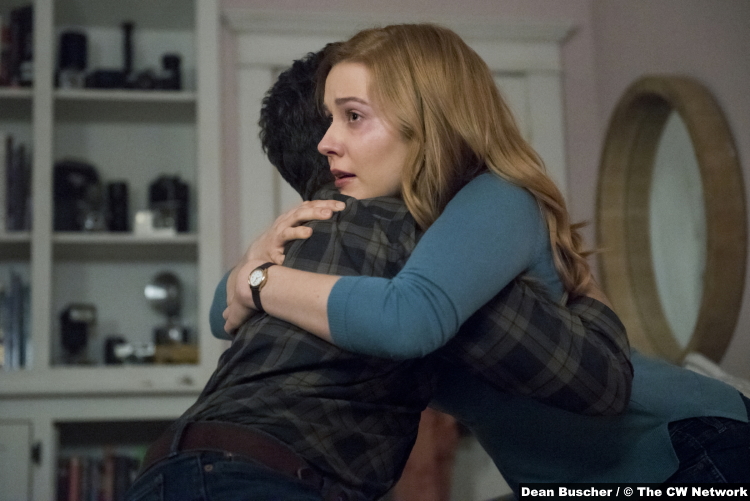 Because, after all, that would seem to be the subtext at the end of the episode. After Karen reads Nancy’s journal, she finds enough probable cause to arrest Carson for Lucy Sable’s murder. Carson already warned Nancy that her constant suspicion would have a deleterious effect on her life, but I don’t think either of them bargained for this. And after all the work they’ve done to make things right between them, there seems to be real hurt when Carson is confronted with Nancy’s “evidence.” I don’t know why she still has it. I don’t think she still believes her father killed Lucy, but there may be part of her that does. I mean, she just found out this episode that she’s repressed a memory of real evil. It’s not unbelievable that it prejudiced her thinking.

But in the moment, she seems shocked. She begs Carson to tell them that he had nothing to do with this, that he could not do this thing, but Carson, ever the lawyer, doesn’t say anything.

8/10 – Despite the ending scene, I hope that Nancy and Carson continue to move forward. Their relationship is one of the highlights of the show and I like this growth. I don’t want to watch them go back and forth. Speaking of going back, though, the whole arrest sequence was handled a little oddly–I had to rewind because I thought I’d missed a flash-forward. It just seemed very abrupt. As Nancy herself pointed out, everything she’d come up with is circumstantial, so why are they arresting Carson now? And in other news, that scene with Owen and Bess was also a little odd. I can’t put my finger on it, exactly, but there was just a strange vibe there. But at least Teddy is safe and Ace is out of his coma. Yay!