Nancy Drew S01E05 Review: The Case of the Wayward Spirit – It’s never too early for an exorcism!

Okay, so last week, I wondered how long it would take for George’s friends to notice that she was…possessed? All ate up with a ghost? (I’m not sure what the technical phrasing here.) Anyway, the answer is: not long at all.

In fact, it’s reeeeeeally obvious. She shows up to work at The Claw, seemingly normal. But we know she’s already paid a late-night visit to a sleeping Ryan. There she left a bloody note on his bathroom mirror (“I KNOW”). 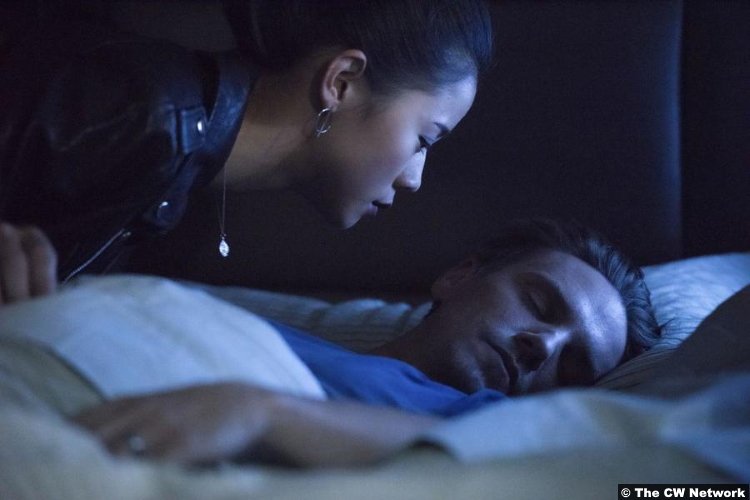 And although she seems fine at first at work, she quickly devolves. Nancy, who’s off on a mission to the police department, trying to talk to Karen about her friendship with Dead Lucy, receives a series of startling messages from Ace. George has cut herself. George has cut herself and is just staring at him. Please come NOW.

Nancy hightails it back to The Claw, where George has holed up in her office. She’s oscillating between being herself and that unnerving trance-like state she takes on as Tiffany. And George is perhaps the worst person for Tiffany to possess, as Tiffany really has it out for George (for obvious reasons). However, she’s not as miffed at George as she is at her own husband.

The biggest trouble, besides the fact that George is possessed, is that Tiffany doesn’t seem to know that she’s dead. This is really going to be an issue if they want her to spill the beans about how she got killed. So basically, it doesn’t happen.

And by the way, Owen Marvin (Miles Gaston Villaneuva) has hired The Claw for a last-minute catering gig at a gala honoring the new foundation in Tiffany’s memory. The Claw staff is not only catering the party, but they’re also working as servers. As herself, George lasts about five minutes at the party before she transforms into Tiffany. 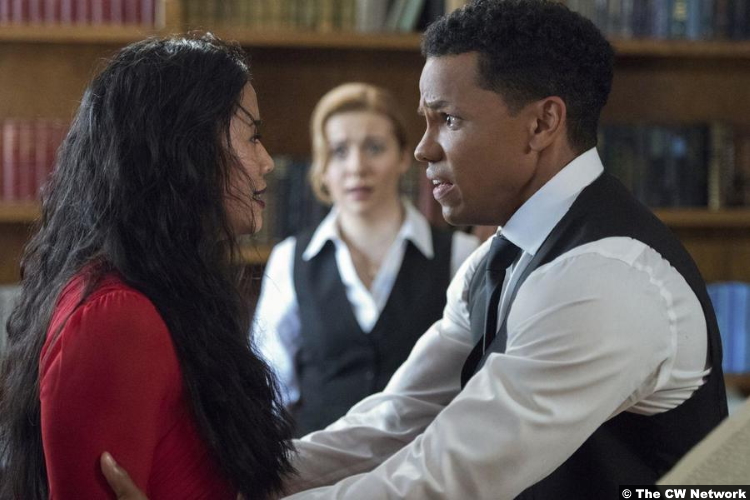 The Claw crew, led by George’s mom, essentially have to exorcise George in a study at the party. And that must be some party if no one can hear the commotion. Anyway, Tiffany still has trouble accepting that she’s dead, so it’s a no-go on finding out what happened. But it is sweet that Nick is there with her, telling his old friend that he’ll stay with her until she goes.

The exorcism is a success, with Tiffany uttering one last word (“Dantes”) before leaving George’s body. That’s actually what we call in the business a “clue.” Last week, Nick had seen on his home surveillance that Laura had broken into his apartment. She didn’t touch the bearer bonds, but she did take a flash drive that was hidden in the box. Ace manages to get her to give it back and he and Nick unlock it with the password “Dantes.”

The drive contains a collection of files, comprising a kind of diary that Tiffany kept, keeping track of the misdeeds of her husband and others. She was particularly suspicious of one fellow, who was supposed to be at The Claw the night she died. When they open the file with his code name, they realize it must be Owen Marvin. Hey, where’s he right now? 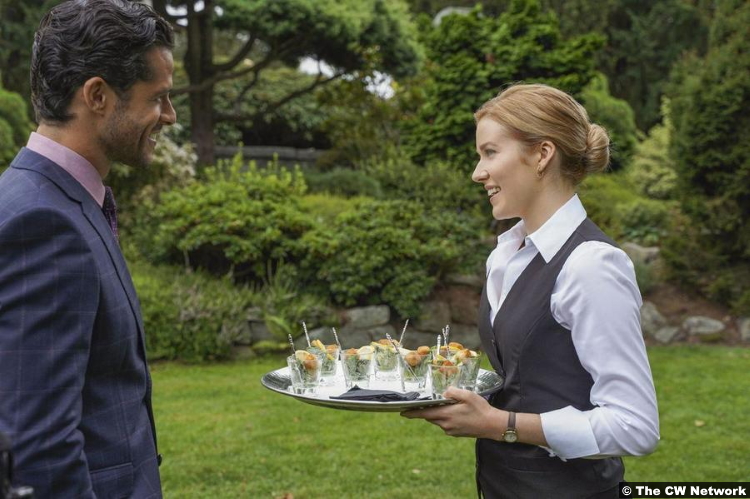 Oh yeah, he’s with Nancy. They were quite flirtatious at the party, and I’m not sure how much of that was Nancy working him and how much was real. But the end result is that she got him to help her dig up part of the lawn at Keene High School*. After talking to Karen, she found out that Lucy had turned weird after a party their senior year. Since the message from Lucy doesn’t seem to be about Karen, maybe it was about what they were doing in the photo: burying a time capsule. So Nancy gets Owen, whose family owns construction companies, to bring her an earth-mover. Sure.

The time capsule is mostly full of junk. But it does have a video disc. Amongst the interviews with students, there’s a clip of Lucy at what looks like a bake sale. She’s beaming at her customer, a somewhat younger Ryan Hudson. It seems like Nancy isn’t the only one surrounded by dead girls.

8/10 – Although the exorcism scene was a bit much, I liked the introduction of Owen Marvin. But what’s he up to? What’s everyone up to? This town has a lot of secrets.

*I love the fact that no one questions this or objects. Pretty laidback town, I guess.